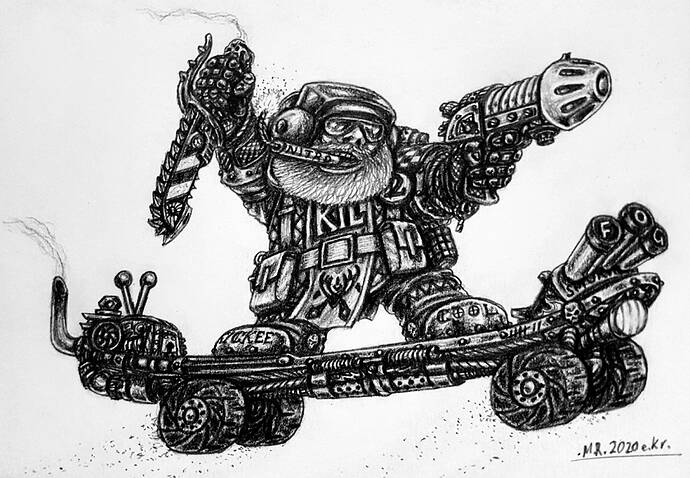 A mercenary prone to casual violence, Trough Mac Broigum has served the psychopathic Rogue Trader Tyrel “Destroyer” Cathek for over seven decades of ceaseless voyages between distant stars. As his master has cut a bloody swathe through long-lost Human colonies and Xeno worlds alike, so has the abhuman Trough served Cathek with savage glee.

Trough Mac Broigum has participated in more xenocides and extermination campaigns than most senior Inquisitors can lay claim to, and he has often been at the forefront of the burning and slaughter. Trough leads an sabotage squad of Squat clansmen who have mastered the difficult vehicle known as the power board, a self-propelled ride capable of great leaps and even some limited flight.

The Squat power boarders are experts at striking through backstreets and narrow alleys after heavier units have opened a breach, rushing through urban mazes and space station corridors to deliver a lethal cargo of demolition charges, incendiaries, gas canisters, neurotoxins or virus bombs to soft strategic locations (such as waterworks or aeroprocessors) in the midst of population centers. Trough and his ilk will celebrate every triumph of mass civilian extermination with strong beverages, and will constantly retell their most daring feats of martial power board acrobatics in the face of enemy resistance.

Drawn for Oldhammer Art Contest II. Usually I base my doodles loosely on official sources at best (these fictive worlds are always best for freewheeling exploration and imagination of one’s own), but this one was different. The Squat Power Boarder is a reference to three things from Book of the Astronomican: The tabards of Rogue Trader troopers, the signum of Tyrel “Destroyer” Cathek, and the power board of Stugen Deathwalker.

“Kickee Cool” on the boots was a nonsense catch-phrase which I used for a Shadowrun Dwarf kickboxer during a short RPG session. I know nothing about Shadowrun, but I made said dwarf (with neon hair & beard implants, constantly shifting glowing colours) with the wacky spirit of Rogue Trader 40k in mind. 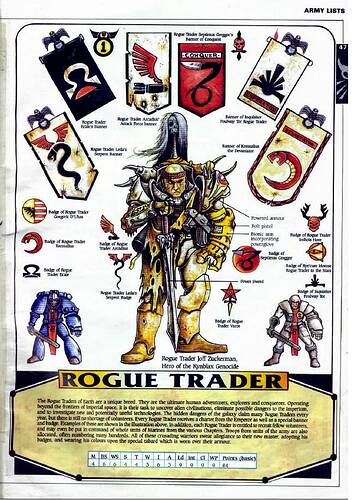 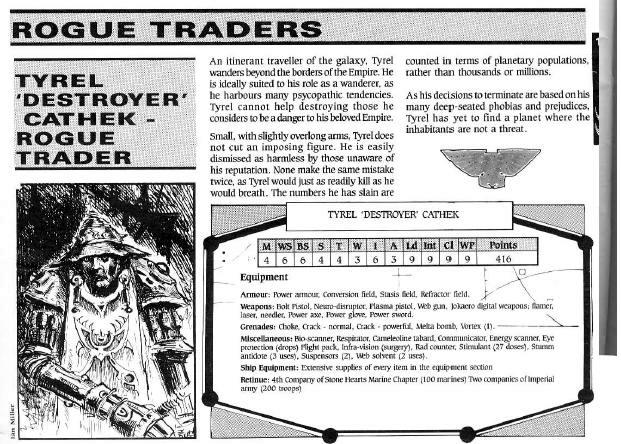 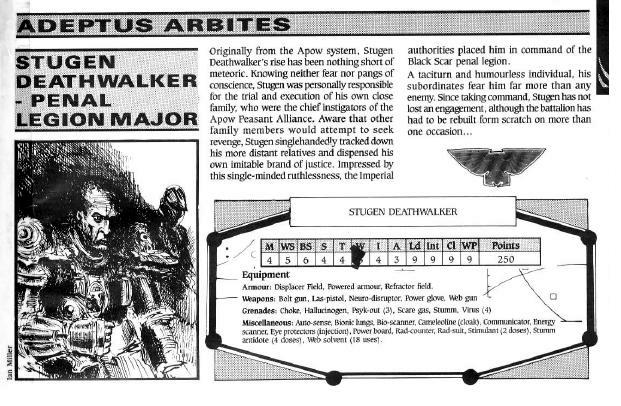