Great sculpting, he just seems maybe a bit tall. or did the photo get stretched?

Thank you for your kind words, everyone! Yes, he does look tall, it’s not just the photo. I suspect it’s because his posture is too upright, with the head sitting clear above the shoulders. I probably should’ve given him a bit of a stoop (such as the old GW dwarfs have). Apart from that he generally came out rather big, about the same height as a Mantic dwarf and even more strongly built. I’ll try to go for a slight reduction in overall scale next time

Great work. I like your style. It is very consistent and for sure a unique army!

…and thanks for the flattery.

Very good sculpt! Great detail and layering (straps on mail and so on). Next time, if you want to mimic the excellent proportions of Citadel Dwarfs, try to lower his neck and face more into his chest. Keep at it, you’re doing great! Love the pointing hand, beard and face in particular! Also, I especially like his sheathed blade. Lovely touch!

Great! I would like to sculpt like that. He has to look great by the unit of slaves

Whole army has a little of minimalistic look, I like it. Look forward to see more works!

Thank you very much, kind people! It has been uncommon slow going these past few weeks, even for my standards. I had hoped to get a good deal of hobby stuff done. Now, I‘m just glad that I’ll manage to get my GH project finished in time. After that, I think, I‘ll finally paint my bronze-agey Vanguard guys up to a functional 200pts - and then, it‘s back to Azrubal‘s Host! I‘ve got a package from Admiralty that‘s been waiting its turn for too long

Really nice cohesive army so far. I probably like the immortals the best too. Have you any plans to build some more bull centaurs to go with your hero?

Thanks! Glad you like the Immortals, they are a personal favourite of mine too. I had envisioned them to pop out from the army’s general colour scheme in a similar way to a Blood Angels Death Company .

Indeed, the next project for this army will most likely be a regiment of Bull Centaurs. I say “most likely” because I’ve been talking about them for months while constantly getting side-tracked by other stuff. I’m rather sure that Hashut has already put me on his naughty list for it.

But I’ve got a box of Mantic Halfbreeds, plenty of conversion bits and (finally) some sort of a plan, so I can entertain a reasonable degree of hope that it won’t be very long until I have a concept mini ready.

Glad you are doing bull centaurs next. The reason why i asked is i have just got the mantic boxed set with the half breeds in, however i need to convert them to make them fit in with my theme better. So im looking out for good ideas i can steal : ) so hurry up and build a couple before i mess mine up! : p

steal anything you like, please! Though mine will definitely be Big Hats, and I imagine you‘ll want to do yours more old-Chaos-style, in line with your army?

Finally, here’s a WIP prototype for my Bull Centaur regiment! Having seen @Zoddtheimmortal‘s beautiful Abyssal Halfbreed conversions, I was burning to get at it myself. There‘s nothing to get one going like a bit of peer pressure

But in all seriousness, I had great fun making this chap. I do enjoy converting and sculpting a lot more than painting.

I‘ve decided to use the Bull Centaurs to practice my face sculpting, and any feedback or advice on that would be most appreciated. The scroll was actually just a contrivance to cover an ugly gap down the front, but now that it’s there, I really like it. Hat by @Fuggit_Khan, of course. And yes, the shield is a button. The world is a bits box! I‘ll sculpt a device onto it, just as soon as I‘m able to decide which one 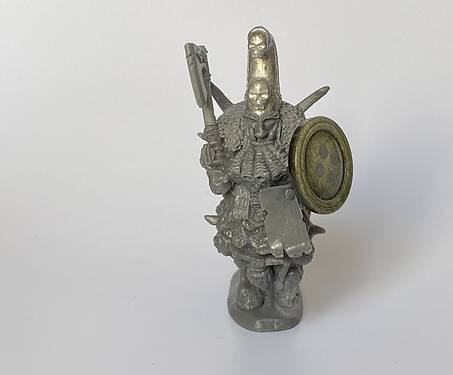 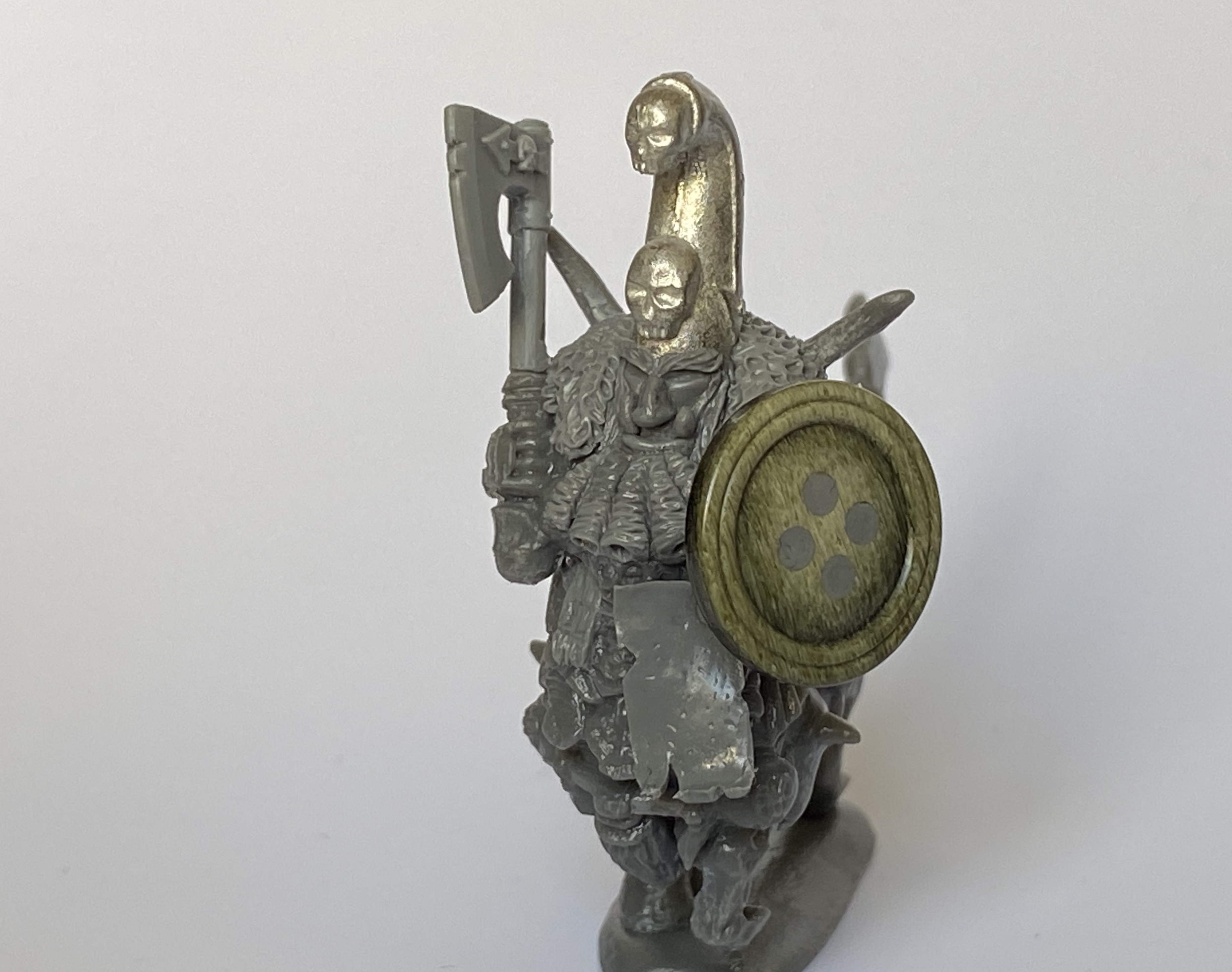 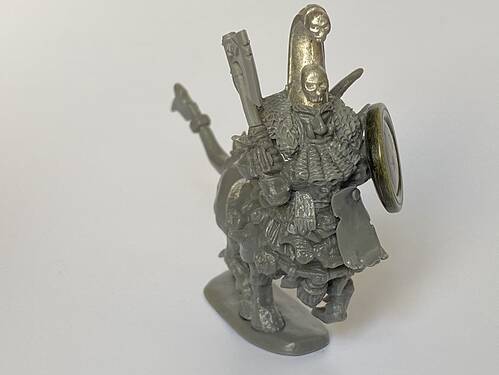 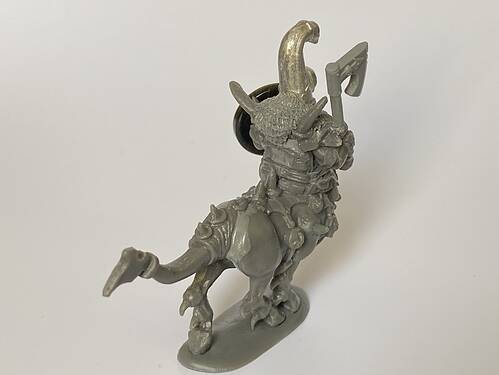 Very impressive bull centaur. I barely recognise the original model which is great. Well done. I can see now why itll take you a while to build these guys. Im going to have to learn to sculpt one day
Did you sculpt and caste that head?

Thanks a lot, guys! @Zoddtheimmortal I sculpted the head directly onto the model, no casting involved (I use Procreate, hence the grey colour). Though it‘s a hobby dream of mine to sculpt something cast-worthy one day.

I can heartily recommend trying your hand at sculpting, I‘m just getting into it and it‘s immensely fun and rewarding!

Really nice job on the Bull Centaur. The face came out well and the detail is clear, I also like that while you followed some standards such as the tusks and beard, the face looks very chaos dwarf, but still looks unique and stands out from the prevailing archetype. Well done.

Much more of a kit-basher/scratch-builder than a sculptor, but have to try my hand at it soon.