[AoS] A hat to make a Chaos Dwarf envious!

These are the Alarith Stoneguard, the elite infantry of the Lumineth Realm-lords.

Some avatar of the mountan, but could serve as something useful for us? 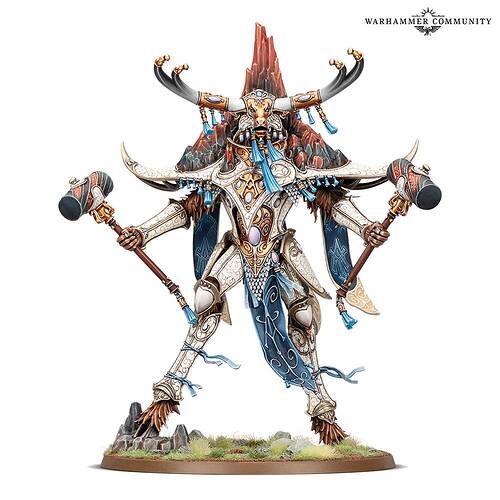 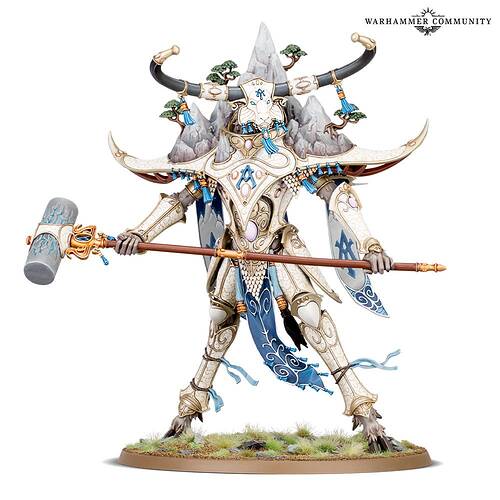 We need to find those elves, kill them, and loot their headgear!

Nice avatar designs, by the way! Bold choice with the shoulder mountains, but it worked out fine. I think Games Workshop beats Blizzard on the latter’s home arena here.

Personally I find it too thin-limbed for Chaos Dwarf duty without major rework (we thrive on stockiness), but it is sure of interest. I can easily see some of our talented members turning it to the service of Hashut. Perhaps as some captive Daemon, with appropriate conversions?

Just ugly! Which warrior, apart from the great Dawi Zharr, is able to wear something like this in battle and not fall down during the fight or suffer a broken neck when jerking? In my opinion, the Avatars don’t look any better than this … creepy!

I think those Avatars would be better for converting Keepers of Secrets than anything Chaos Dwarf unfortunately.

The headgear is the only thing which annoys me about the Lumineth (well, I also think Hammers are probably least elvish, but I could live with it). I have a lot of High Elves and could totally see myself getting a couple of models, but I would for sure do something about the heads. To have bits for Chaos Dwarf would just be the icing on top

Someone made a photoshop

@GrimVelgar
@WarComTeam Got to admit, liked one of our player's idea of them a bit more... Sorry.

And I did also flex me PS-muscles to create this masterpiece. 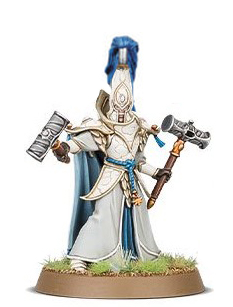 I could definitely see a keeper of secrets out of the avatar! Other than that the only use I’d have for it would be to remove the horns, the head, the hammers… the arms, the legs, the drapery, the base… add an engine and throw it on a flying stand as some Battlefleet Gothic Eldar Craftworld for the Tyranids to eat? I dunno…

They are bold new designs, certainly not same old **** over and over again. I do like the Asian influence of these, the second avatar better than the first from and elvish point of view anyway

As to the Elven hammers: Rog and the Balrog-slaying House of the Hammer of Wrath from the Fall of Gondolin (written 1916-20) has finally got company.

This must be reposted! 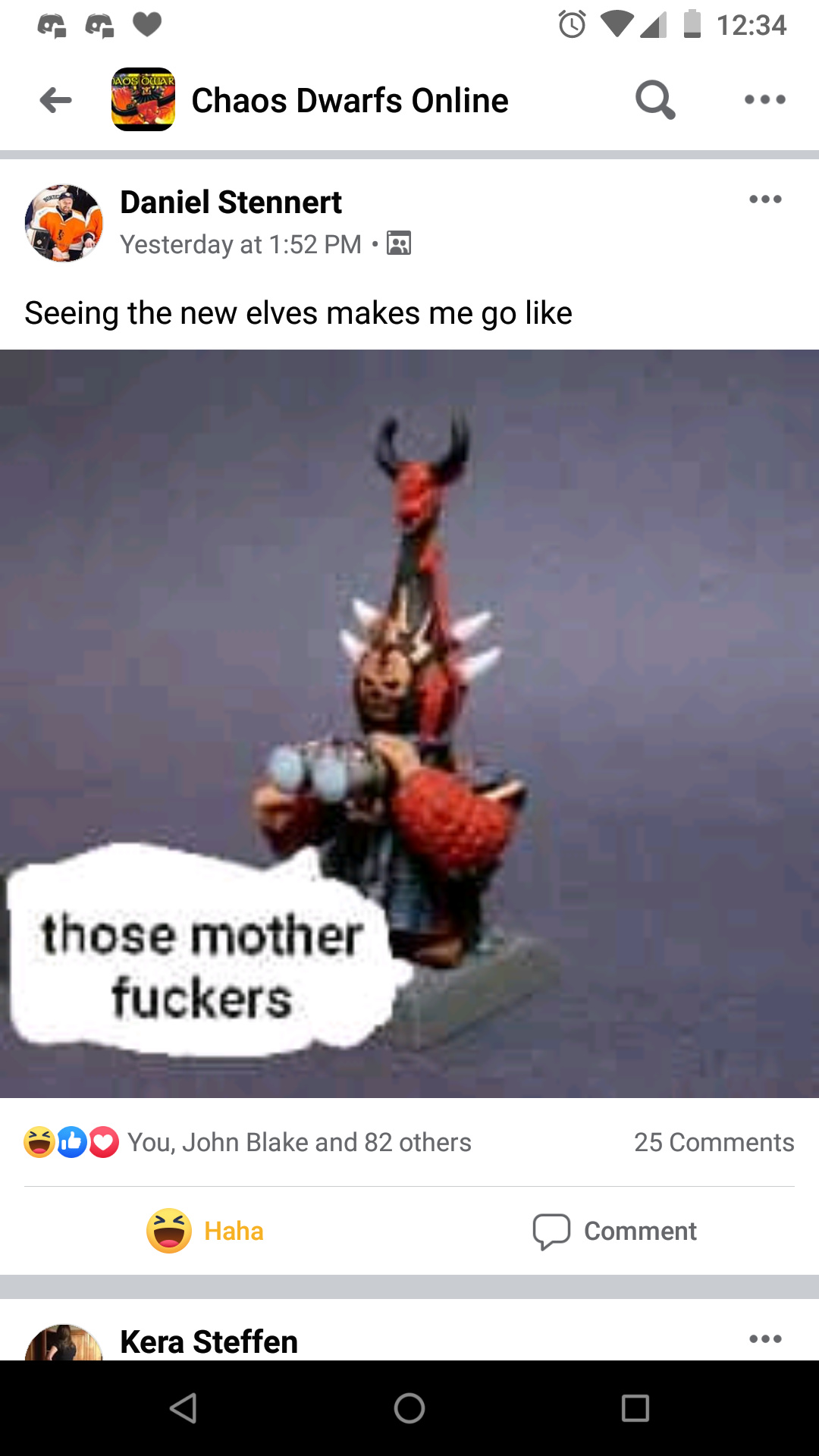 @Fuggit_Khan I presume you concur?

@Admiral
Yes, I (cold) heartily concur.
It makes me happy to see a pic of my first Golden Hat award artilleryman conversion being used in a meme of contempt and hatred towards damn hippie elves.