Artisan’s Contest XIX: Flora and Fauna of the Dark Lands

You can share your love for each entry by donating slaves to the owners of the entries!

And congratulations to Fuggit Khan, who has earned a silver Veteran’s Medal by entering 10 Artisan’s Contests and Golden Hat competitions!

Slaves and medals are coming! Should you have earned a new Veteran’s Medal (gained at 5, 10, 15, 20, 25 and 30 main contests entered), please contact us and link us all your entries in all previous Golden Hat and Artisan’s Contest competitions (note: Scribe’s Contest does not count towards this purpose, but have its own Veteran Scribe’s Medal).

And now for the gold prize! Abecedar will be contacted by Bloodbeard in the coming days to receive this grim character: 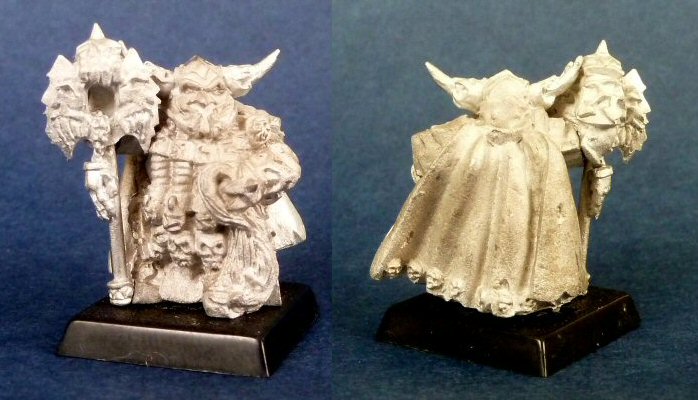 A big “thanks” to everyone who participated and voted, as well as a big thanks to Grimstonefire for his prize donation!

And that’s it for this round of Artisan’s Contest, folks. Now let’s see the participants’ entries in the blogs.

Next up, Scribe’s Contest!

To be honest it was quite obviously. He has a unique personal style. This time it is the best entry for sure. Like I said before. It fits the theme best. Especially if you compare it with the stuff from the others.

I like it a lot. Good idea to create a plant with use of a real plant. And it tells a little story. Poor orc. That’s charming.

Reminds a bit of Sarlacc and this tentacle beast from Enemy Mine.

To be honest it was quite obviously. He has a unique personal style.

i had the same feeling too.
instead fuggit with his nausicaa bug totally got me, i would have never guess
Abecedar 24 June 2016 07:04 #4

Thanks everyone for voting and thanks Staff for another fun competition. My first ever Gold.

Thanks Herby. I saw Enemy Mine at the Theatres when it came out. 30 years ago now. I’ll have to find it because I can only remember the turtle thingies

Very good use of materials, you jolly Australian! And no you don’t retire because you’ve got a gold medal.

The orc and lizard being dragged into the plant are great details, and the small creatures not caught by it add quite some life to the scene. But best of all are the tracks left in the ground. Those tracks are brilliant, and add movement to the diorama. Bloody well done!

A well deserved winner, but the others work in the setting, too. Entry #1 shows off the scale of mutation and industrial pollution well. All isn’t fine in the Dark Lands. #2 can easily be expected to be found tunneling among cracked lava stone, getting eaten by Magma Dragons and suchlike (big predators need big prey), and preying upon smaller creatures than itself as well as feeding off fungi, plants and carcasses. With #5 the Daemonic connection is more than likely. A monster in a lava stream masquerading as a bridge to lure unsuspecting mortals across? It’s just brilliant and out of this world.

Also, here’s some background thinking on entry #3. I’m curious to see the other entrants thoughts on their own Dark Lands creatures.

Abecedar, your entry was very imaginative, such a cool idea !

Congrats Abeceder. Commiserations Admiral on being the only one without a medal, surely we can whip up a special joke one for you?

Would never have guessed #2 was Fuggit’s :o

Great finish to the winners. Another fun contest. Abecedar, your’s had my vote. The use of materials was very clever, and the orc and lizard details were great. The detail however that sold me on the piece were the root traceries beneath the soil. Well done! :hat off

Whaaaaaaaaat? I demand a recount!

Seriously, I’m very stunned that I won, I truly think everybody had better entries than mine.

Congratulations to everybody, these were all excellent entries and each one was uniquely creative and well painted/presented. Great stuff :cheers

And a special congrats to Abecedar for your first (well deserved) Gold!

And good job Enjoysrandom! A medal on your first contest :cheers

Would never have guessed #2 was Fuggit’s :o