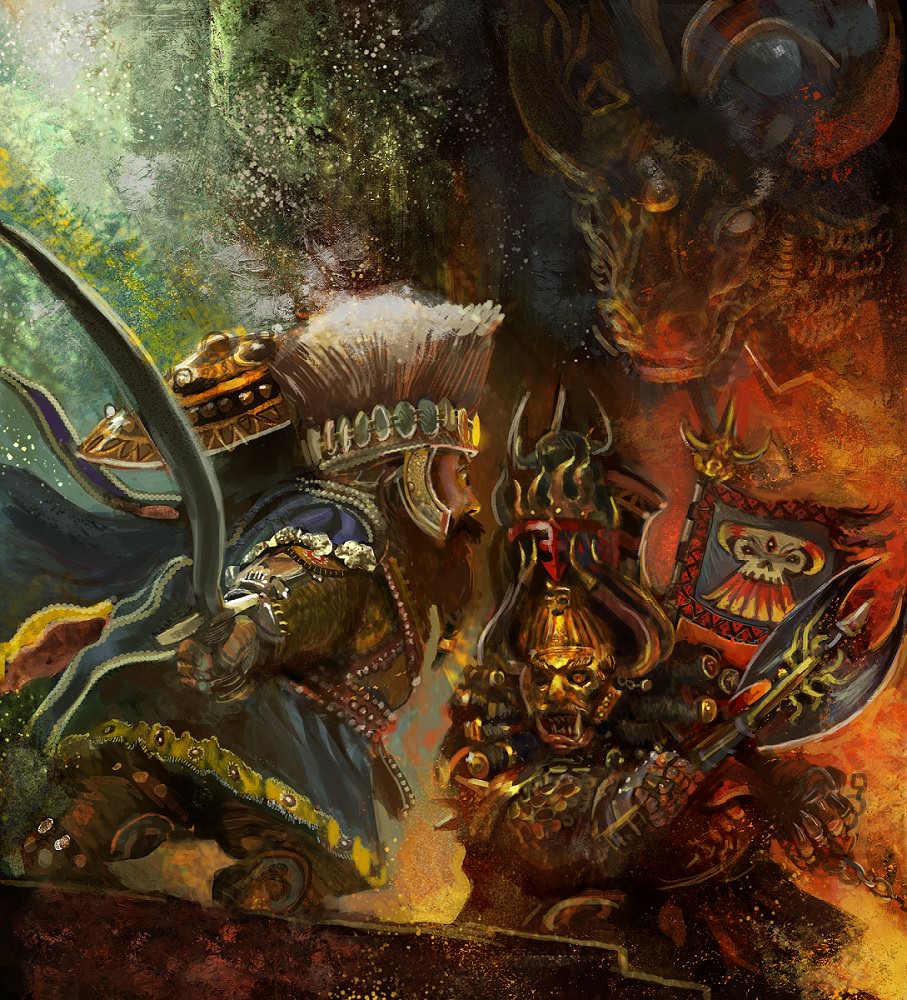 Swathed in heavenly radiance and girt for war did faithful Negusaz, son of Eraphram, son of Danak, son of Alemakyu, stand his ground against Azerak of the Chains.

For horned Azerak rose from out of a pit of flames beneath the shadow of his heathen idol, and he threatened Negusaz with a baleful end if he did not stand aside, and yet the son of Eraphram would not yield to let him pass.

And roaring an oath with tusked maw did Azerak tread forth from the hellfire in fury, for he brandished a twin-headed axe with murder in his eyes.

For under the higher gaze of heaven and under the eyes of infernal idol did the warriors trade blows, where light and darkness met.

Is that a “sea people” dwarf? An ethiopian maybe?