Hey guys! After scouring ebay for several months I have had no luck finding chaos dwarf crewmen at anything like a sane price (the cheapest I saw the damn Hellcannon crew was 50+ dollars!) and I figured it was time to appeal to my fellow Dawi Zharr. I have no crewmen at all for my scratch built Daemon Mortars or Rocket Launchers.

I am on the lookout for some chaos dwarf crewmen (I’d be happy with any and all generations of crewmen). I’d prefer to trade, but I do have some hobby funds.

To Trade I Have:

A bunch of Black Templars space marines of various builds and weapons, to include heroes, heavy weapons, special weapons, and assault marines. would happily include troop carrier foam.

Note: I am on the west coast of the united states so shipping may or may not be an issue.

Sub-Note: Also may be interested in some goblin or woodelf stuff to trade for.

My Chaos Dwarfs are on a hiatus for the foreseeable (for ever) future in the mass war games sense. I’ll see which I can dig up for you.

I should have 2 sets of Death Shrieker big hat crew and 1 set of Hell Cannon crew. And some 2nd and 3rd edition crew as well, for the swivel gun and mortar.

I’m leaving for a trip with my school class and ain’t home til friday. So please remind me to dig out the stuff.

Here’s what I have 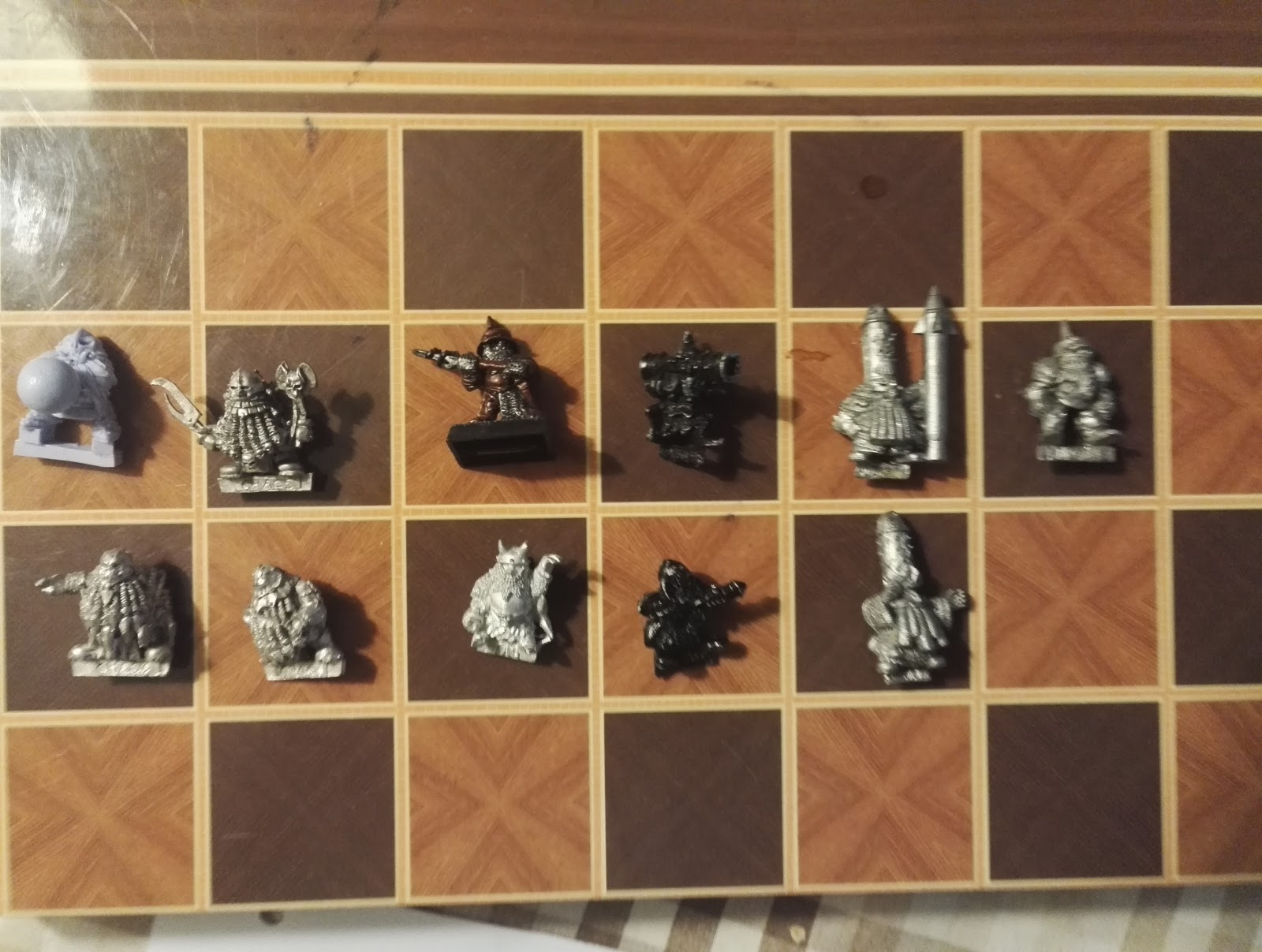 As for trading - I don’t know. Don’t know about price either.

You seen my blogs, so i can use:

I want to convert some inquisimunde / shadow war armageddon stuff as well.

Perhaps take a round through the club. Hustle some cool bits and pieces.

Thanks for digging these guys up so quickly!

I think I’m most interested in getting my hands on the Hellcannon crew (really love the look of those guys, masks but they still have the curly beards), and the classic big hat rocket crew of course.

My next army is actually going to be Beastmen and I have quite a bit purchased (but unassembled and unpainted so as not to slow the march of my Chaos Dwarfs), so things might have lined up for us, I�?Tll PM you with an offer.

Does anyone else have anymore Hellcannon crewmen they are willing to part with? I�?Td also be very interested in getting my hands on the Earthshaker crew, and any of the Forgeworld crewmen.