well demons are next coming out this March!

personally i like the chariots and the characters. the flies are ok but nothing special while the cannon and the throne rival the FW destroyer imo… 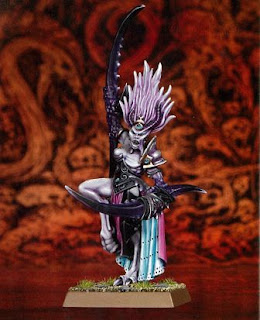 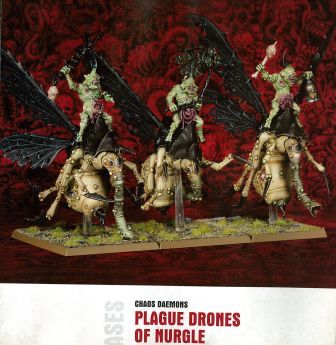 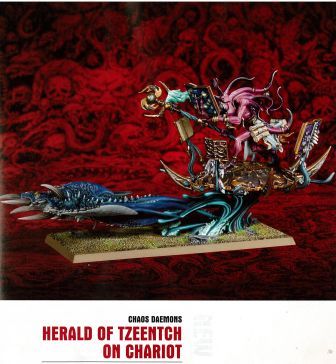 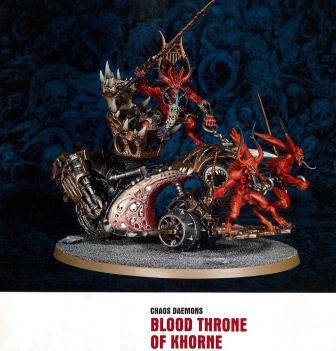 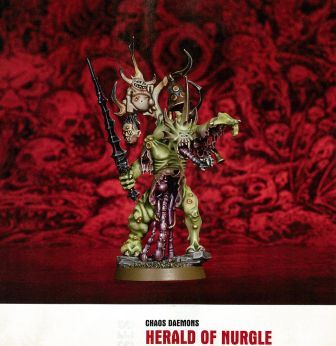 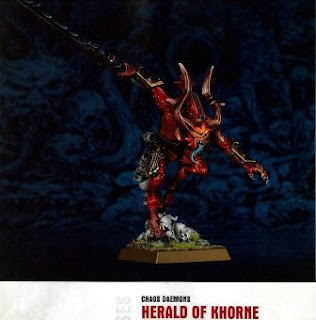 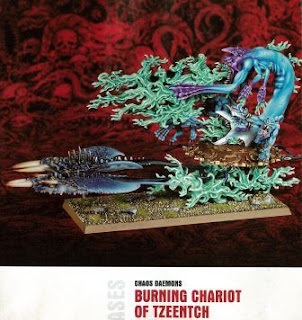 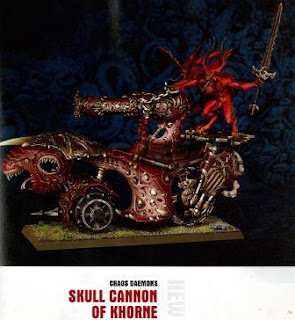 All looks cool. Mental, as with all new releases, but that’s fine by me.

Crap stuck onto other crap. Just bad. The only one i really like is the khorne herald, and it’s pretty hard to stuff up an angrier bloodletter.

The ‘skull cannon of khorne’ looks like Jesse’s Monster Garage modified a rascal scooter with a giant air horn on it.

Not much of this appeals to me. 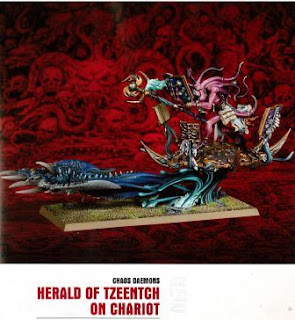 This has decent Tzeentch bits, I suppose. But man, weird release.

None of them looks goog, i’m sad.

Not that I will buy any of it, but I think that Khorne going back to being a machine good is cool! Weird and insane, sure but they are demons…

I find the models a bit underwhelming. Its just more of the same.

I’ll almost certainly buy the book and magic cards as i already have a Daemon Army but I’m not sure that I’ll get any of the models.

I actually like the fact that Khorne are getting cannons back though I’ll be interested to see the rules.

I’m disappointed that there are no new greater daemon models despite persistent rumours of new plastic ones in the pipeline.

It seems like they really missed out on potential with the fly riders. The Plaguebearers sitting so high and the flies sitting so low on their stands… they have an unlogical, not-organic feel to them. It’s all so rigid and plain. The riders just don’t look like they belong there sitting on top.

The Tzeentch Herald chariot would probably look okay if it sat on flight-stands, while the flames on the flaming chariot ruin that model in my opinion. It looks too computer-generated. Which ofcourse it is…

Finally, I have no idea what’s going on with that Blood Throne. What on earth are those two guys doing there standing on it’s front? The throne bit itself also looks poorly incorporated into the model.

I agree, I quite like the Tzeentch Herald Chariot but the flaming chariot is terrible (at least from the photo shown) but I’ll wait and see what it looks like up close.

The Tzeentch Herald is the best model of this release. The other Heralds are quite nice too.

Sadyl the Flame Chariot just doesn’t work with the contradicting directions of the flames. Just takes away the feeling of speed.

But IMHO Daemons get worse with each release. Now they’re like comic figures and lost all the “sickness” I loved about Daemons. If I remember the last metal Daemonettes and Bloodletters I could cry… those were great!

Plague drones: Too low and too fat.

Herald of Tzeentch on chariot: looks stupid the way the herald is striding forwards and it could do with a flight stand or at least being higher from the ground.

Herald of Nurgle: Not sure what it is about this one - I think it feels a little too… well presented (for Nurgle). It looks like they went “Noble, semi-fish man. Oh, best have entrails for nurgle and a Nurgling.” to me and the proportions are peculiar, but not in the good way. Not massively, spectacularly bad, but just doesn’t… fit. Then again, it could just be where it’s next to that fugly throne, so it doesn’t look so bad…

Herald of Khorne: Nothing wrong with it, basically a new pose - only, wait a minute… I’ve seen that before…This is all I think when I see that pose. Because it’s such an awkward freezeframe. But again, no problems with it, just reminds me of another model posed that way, lol. Although, the face doesn’t look particularly angry - quite docile in fact.

Burning chariot of Tzeentch: What’s that? it needs flames? How about we giv it OVER 9,000!!! Not enough, give it more… There are more flames than model and it hides everything. Do. Not. Like. Removes about 90-95% of the flames and it’d be lovely, even more so if they were optional.

Skull Cannon of Khorne: Feels like they’re trying to Warmachine it a bit too much. Or Warforge. Or whatever, lol. I get they’re trying to go back to the old fluff, but the sculpt isn’t… well, Warhammer. Also, it kinda steps on the toes of Tzeentch, who has become the ranged element of the army. It worked well before: Khorne was powerful attacks, Slaanesh many attacks, Tzeentch ranged attacks and Nurgle receiving attacks…

Overall, the ones I’ve not mentioned I have little or no problem with - wait, that’s just the Herald of Slaanesh. Which has very thick claws and an odd pose that looks like neither dancing nor fighting nor beguiling…

Try again - overall, Warhammer is losing it’s Warhammer style. Far too much influence from Rackham creeping in (Warriors of Chaos Chariot and plastic Lord, this stupendously moronic Blood Throne, somewhat the Skull cannon), large amounts of ideas taken from Warmachine/the Warforged (in making everything have some kind of mech and being in their cartoonish style - this release being the Skull cannon again) and giving far too uch superfluous crap that hides the model behind a hideous screen (this time being the flames). They are done well in a technical sense, but it’s becoming too cartoony (what isn’t hidden) and suddenly everything’s about having as much curve to it as possible and a lot of the newer additions are just outright not in-fitting with the hard work put into creating this Fantasy world. I’m genuinely being put off the hobby (sounds extreme in relation to this one release, but this is more like a bunch more straws to the camel’s back).

I think they look rubbish… (fast forward 2 months, seeing new paint jobs) actually their not that bad after all :cheers

I guess I’m alone in liking the Plague Drones, but I always have a soft spot for Nurgle. The Khorne chariots are interesting… Did Khorne suddenly become a mechanic or something? What’s propelling the chariot? (obvious answer: blood. or skulls. or blood. :cheers )

I like the Plague Drones, although I agree that the positioning of the riders is a bit weird-looking. I though the green stuff on the burning chariot was meant to be smoke, not fire - but then again, there aren’t any actual flames. Would probably be fine if it was meant to be a stationary model, but for one of the faster units in the game…

The Khorne stuff looks too Warmachine. A cannon? really? The only cannons they should have are engineering marvels supplied by CDs, not shooting-daemons. ANY other god could have them except Khorne.

…They make me think about Playmobil… But I guess that that’s the style we have better to get used to.

the heralds are good looking. Not a huge fan of the nurgle sculpt. He’s too similar to the RnF nurgles. too cartoony.

The skullcannon?? what the hell. That thing is absurd. Pretty sure that they’re trying to make every army have ‘one of these, one of those’ and yes, very “warmachine”.

also, it looks way too much like John blanche’s drawings. So bad.