Here are the first pics of the upcoming Nurgle models + rules:

If the rumored “Glotkin” is this new “Gutrot” character than many people are going to be disappointed, as most were expecting a huge Nagash sized model… Still, four more weeks of releases to go!

On the other hand it’s interesting to note that these guys can be taken not only by Warriors of Chaos but also by Daemons & Beastmen… I’d wager that in the upcoming book there will be rules to mix mash all three Chaos Armies like in 6th edition.

Here are the first pics of the upcoming Nurgle models + rules:

If the rumored "Glotkin" is this new "Gutrot" character than many people are going to be disappointed, as most were expecting a huge Nagash sized model... Still, two more weeks of releases to go!

On the other hand it's interisting to note that this guy can be taken by Warriors of Chaos, Daemons of Chaos & Beastmen at the same time... I'd wager that in this book there will be rules to mix mash all three Chaos Armies like in 6th edition.

I dont know what to expect of the chaos end times book but good gutrot could join a beastmen army. Had they not removed the Khorngors, Slaangors, Pestigors and Tzaangors in the newest version of the armybook I would consider starting a beastmen army again...
Bloodbeard 7 October 2014 04:22 #3

It’s always nice to see some more nurgle miniatures. I have high hopes for this next one. The story and fluff in Nagash is a great read and it’s a great story. And the whole “the world is finally coming to an end” and “war will be like back when the world was young” themes are growing on me. First I didn’t like it.

I find chaos much more interesting that undead - so this one has to be good.

I thing we’ll see some rather big miniatures for this one as well. Things have to be balanced compared to the large undeadies. 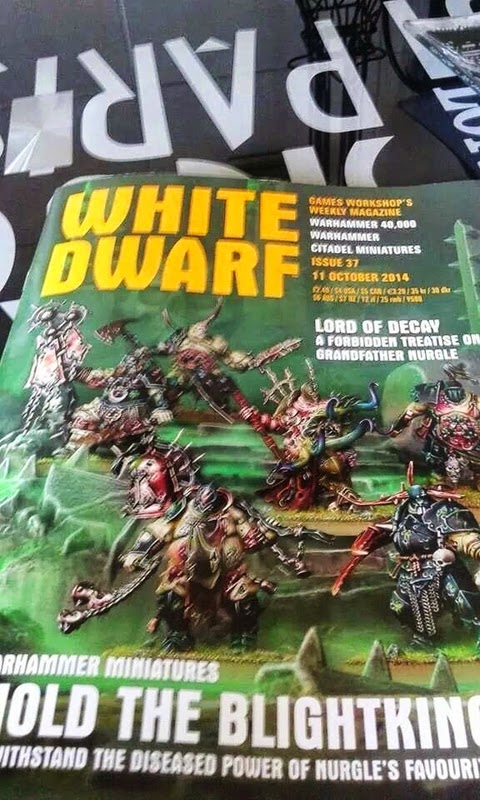 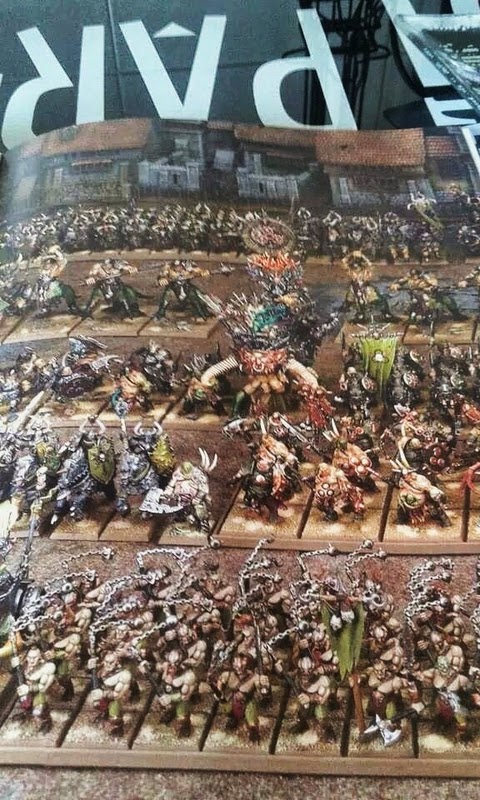 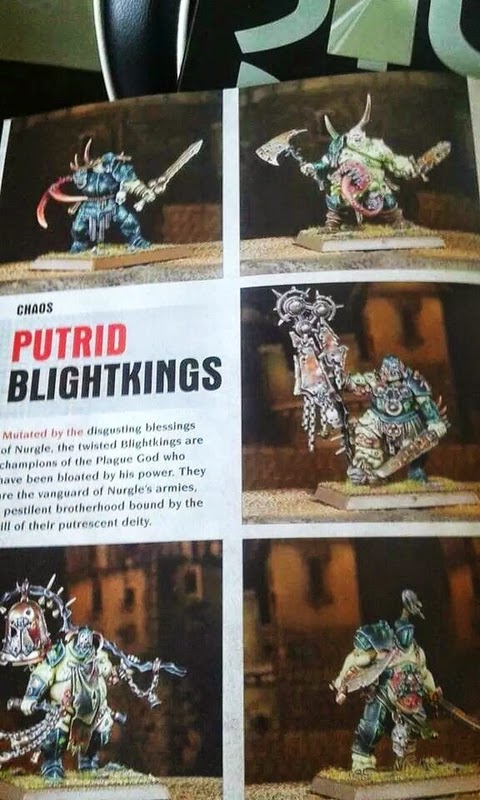 Wirdest thing is that this new guys are regular infantry ,not monstrous. But still at 40pts per meodel they makes ironguts pitifull.

Wirdest thing is that this new guys are regular infantry ,not monstrous. But still at 40pts per meodel they makes ironguts pitifull.

Hell yeah, pretty weird! Especially considering that they seem to be mounted on 40mm bases...

It’s doesn’t really make any sense that they are regular infantry. I think it’s a typo in white dwarf. Otherwise they get a bit weak. No stump, expensive ranks, getting stomped in return.

Makes no sense, must be a mistake.

They’re on 40mm bases for a single reason: they’re wider than they’re tall. GW has always picked the bases of their minis according to the size of the mini, not their rules. Hence why monsters have bigger and bigger bases, while their stats usually have dropped tremendously compared to 4th/5th, or dudes like marauders got bigger bases, why the gigantic spider is on a 50mm base despîte being a “monstrous beast” mount, and so on.
In short: they’re on 40mm bases because they wouldn’t fit on 25mm bases, 'tis all.

Kinda make sense to me… Also, someone said that Blightkings look tiny when compared to “regular” monstruous infantry such as Trolls or Ogres…

Finally, I read a blogger’s suggestion of fielding a unit of 10 of these guys + Festus and Gutrot. You would have a T5, multiwound, Nurlge marked / Chaos Armor sporting / regenerating unit which can make lots of I5, WS6 poisoned attacks (without considering Gutrot’s 5+D3, WS8, S7 poisoned attacks). Ah, they can also choose their weapon AND get a magic banner for xtra movement. Finally, both characters would be entitled to make their “Look out sir!” saves…

Now, these guys are great but they can be Stomped, they go against the usual trend of “fast attacking” WoC armies, and they can suffer lots from Killing Blows. I imagine that a unit of Grave Guard can easily make short work of them…
system 7 October 2014 11:09 #8

Like the look of these guys. Damn Games Workshop and they’re tempting sculpts!

I think people are getting thrown by their three Wounds and Attacks - if you look at the models and, hell, the name, they’re obviously intended to be a unit of heroes rather than elite infantry or ogre-sized monsters. As Skink quotes, the base size is just for aesthetics.

Didn`t want to open a new thread. What does this strange book in the last forge world newsletter mean:

Did I miss something? Is this a 40k book?

Didn`t want to open a new thread. What does this strange book in the last forge world newsletter mean:
http://www.forgeworld.co.uk/News/FORGE_WORLD_BULLETIN_35.html
Did I miss something? Is this a 40k book?

They look great, and that’s all that matters to me in a miniature.

Yay, Chaos! This could be even more interesting than Nagash.

We can therefore assume that Chaos Dwarfs aren’t included at all in this book.

Maybe the fluff part will mention CDs but that might be all… !

Reminds me of 4th edition, where I had a unit of Goblin heroes. They needed a bit of protection, but they would mince through everything they touched.

Such unique sculpts, they look even more tempting up close!

These are sooo much better than the undead stuff they did, these are lovecraftian and awesome!

Glotkin is meant to be huge, the only thing larger than him in either 40k or wfb being a 40k Orc Stompa. And there might be a new big dragon kit too apparently but this is purely repeated speculation and rumour mongering from Warseer

Mmmmmmm, nice!!! I feel like kid in a candy store:)