I found this statue and was considering purchasing it myself but ultimately decided against it. I figured someone might want this one of a kind unique sculpt done by Rothand Studios. Its a great model and will look great in someones army, could even be used as a K’daai or Kolossus? The statue stands at 17cm / 6,6" tall and is made from Milliput putty. 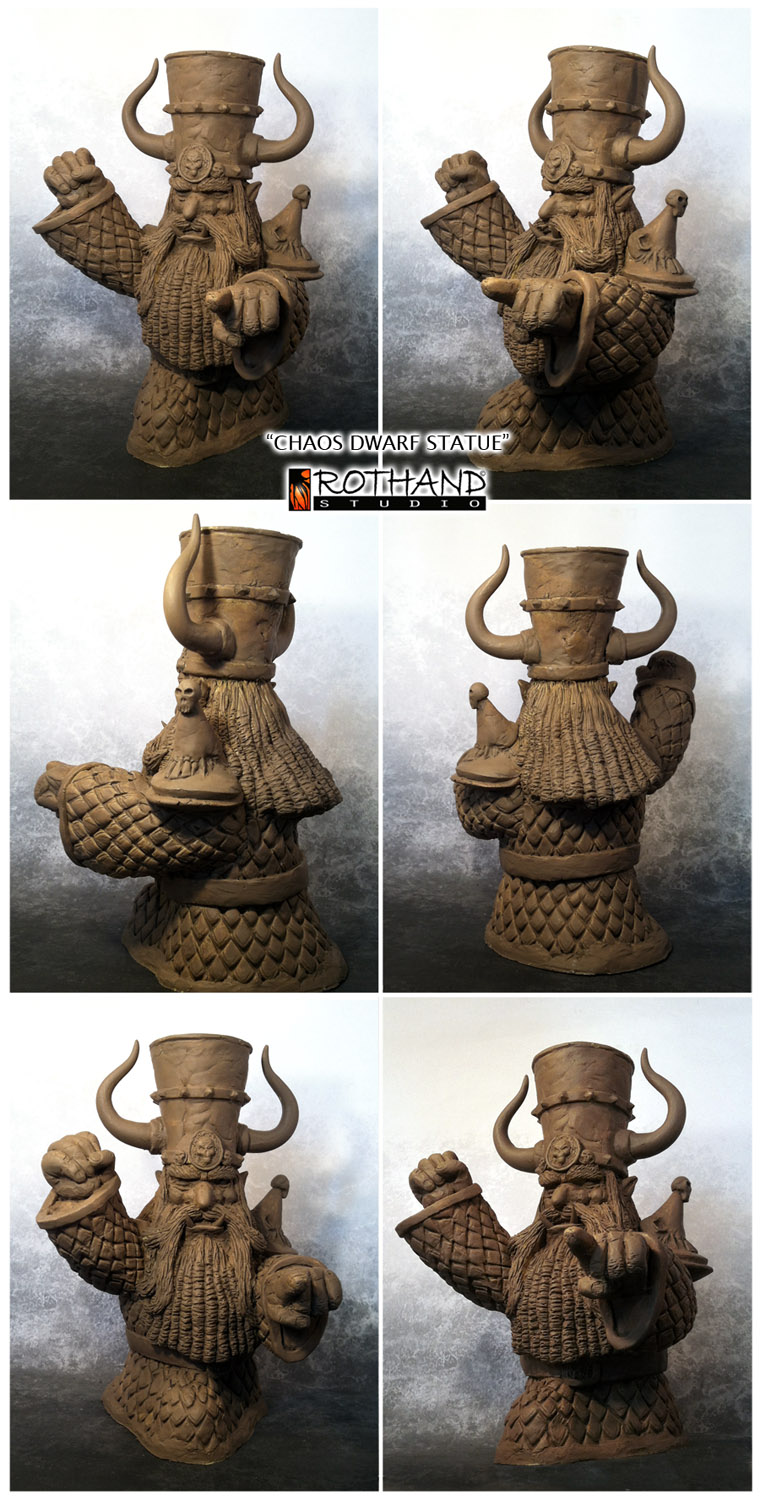 If you are interested you can email Jack at rothand.studio@gmail.com

Hmm… it kind of gives more of an impression of being a bust then a 28mm terrain piece.

it looks like a plagiarism of Engra’s excellent destroyer:

Inspired by, rather. In the creative branch of humanity, it’s not theft unless it’s stolen or recast.

There is a long chain of inspiration going back into the mists of prehistory. We should not let notions of plagiarism set up taboos and artificial barriers to stifle our creative energy. We’ve always borrowed elements of design, stories and so on from each other, and with this inspirational baggage continuously come up with new mixtures which we have given our own hallmark. And on the cycle goes, borrowing, remaking, borrowing anew.

Everyone is standing on someone else’s shoulders and there is nothing new under the sun it’s been said.

Either way looks cool despite my dislike of big hats it certainly does scream Chaos Dwarfs. If you’re so inclined it would be a great terrain piece for ones game.

Its a great item I would recommend it. We also came to a reasonable price before I declined purchasing it and decided to pass it on.

Any collector of big hats would have a great unique piece of terrain here!

I wants it badly.