And an honourable mention to Entry #1 - Jackswift! (Who trailed Bronze by one vote.)

You can share your love for each entry (found here) by donating slaves to the owners of the entries!

Slaves and medals are incoming!

And now for the prizes! The Gold winner receives one unpainted Bezhukk the Immortal donated by Ravenswood: 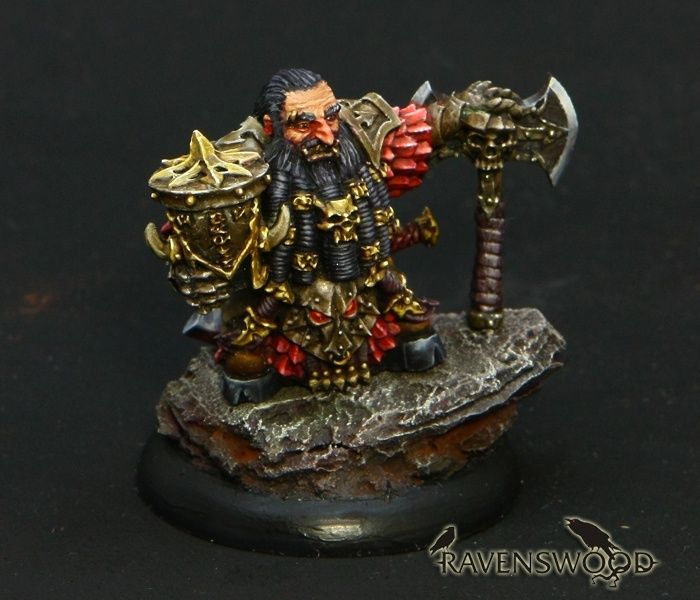 The Silver winner receives this original drawing of Balhutti-Zhurekar the Decrepit as he emerges from the Bubbling Pits wreathed in flame donated by Hunter:

The winners will be contacted shortly via PM or E-mail.

A big “thanks” to everyone who participated and voted!

Let’s see the entries in the blogs of everyone who entered. Also, please post them as new threads in the Stories and Background section of the CDO Forums.

That concludes the seventh instalment of Scribe’s Contest. It is an important addition to the growing mass of Chaos Dwarf and Hobgoblin culture texts accumulated on CDO - and likewise to Blood Bowl writings. Well done, everyone!

Congrats to the winners.

Well, I lost that bet.

Was once again painful to vote. The calibre of those entries was superb and probably the best theme i’ve seen in a story compy!:hat off

Cheers to the entrants and contest runners! :cheers

Congratulations to all the winners. It’s always great to see more Blood Bowl content. I really enjoyed reading all the entries.

Thanks for another fun contest.
And congrats to Ikred and Bitterman.

Congrats to Ikkred, Bitterman and Abecedar! Well earned. Another fun competition to compete in.

Ikkred, your’s had my vote. The final line “Hashut TV Most Stoic Player: 2509” was brilliant given the timeline provided. Had me chuckling for a few minutes after I read it. Well done!

Ikkred, your's had my vote.  The final line "Hashut TV Most Stoic Player: 2509" was brilliant given the timeline provided.  Had me chuckling for a few minutes after I read it.  Well done!

I may have giggled a bit too much myself when I first wrote it. That and the stone-ism of SPLAT! magazine (which I may have miswrote in the piece), or how even petrified he had the best beard on pitch. :D
Jackswift 1 May 2016 02:42 #8

There were several throughout. I suspect a sequal forthcoming focused on the “great mercury sabotage”. :hat off

There were several throughout.   I suspect a sequal forthcoming focused on the "great mercury sabotage".  :hat off

Aye, I apologise to any of the anti-hat dawi here but I had to put in a few hat jokes/puns.

I had planned on writing a few players of renown like a star player who sold out or a Hobgoblin linesman who was known for backstabbing other players (often on his own team.) Maybe even a few random adverts squeezed in. But by the time I finished Igniz's player card, I barely had any words left. :P

So, I may be adding those to Igniz's thread sometime.