Battle Against The Grey March Rankings

A momentous month. Trends continue apace; with @MichaelX 's help, we now have an open spreadsheet for self-updates thus streamlining the ranking process.

The clear narrative here, as last month, is that negatives stay negatives and positives struggle to neutralise. Within the two halves, things grow more extreme; at least three blogs are fully dead, abandoned with no update, a December flight of fancy for inveterate mountaineers who are scaling ever-greater heights. Similarly - most positives stay positive, with key personalities getting actively further behind, not least of whom @tjub going from seven to forty six.

Only one brave soul has made the journey from the hills to the valley - let’s give @Zanko a big hand, knocking down from 13 to -2! A hero for our times!

But perhaps no story in the number is as dramatic as the man who stands upon the edge. The man who has defined the storyline almost from the very start. Gentlemen… @bas_2312.

Bas has gone from 38 to 0 in a month. Not the largest single drop, but the most hopeful story if the trend can be extended - does he stand on the precipice of greatness? It could all slip away… or it could be the start of something truly magnificent.

But those comparatively prosaic stories on the right belie seismic shifts elsewhere. Down amongst the leaders on the left hand side of the board, it’s chaos, dwarfing online contests of previous months. There are two types of negative player right now - people like me, @Jasko @Reaver and @LaketideMiniatures ,who made steady progress, a regiment here or there, but seem to have somewhat rested upon our laurels…

And the fuckers. The guys who fuck.

@rollforwounds thundered forward into the Silver Club from -3 to -58. @KhamdrimSkyMaster , long feared but hamstrung by elaborate Napoleonic paintschemes, tore his way through to Gold from -52 to -114. And lastly. @MichaelX has swept all before him, going from -26 to -130 with the power of a thousand rats.

@Oxymandias has fought valiantly to tread water at -100 as our inaugural gold medalist but how long can he last? And what will baby Jesus think if he slips below the waves to -99?

Only time will tell… we await the response of our former front-runners to these huge jumps. The gauntlet is down, the slap given, the weapons chosen… 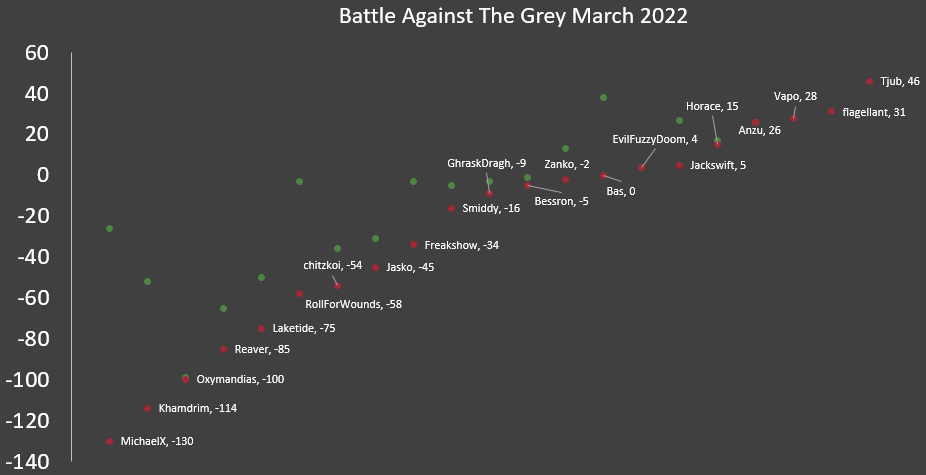 superb writeup @chitzkoi . Only 1/4 through and already an epic of Tolstoy proportions.

There’s all paint for, and 9 more months to paint them in! Bwahahahahaha!

I also like how the chart has a fairly smooth curve…

Oh man, what a story! Can’t wait to see where this adventure goes next month

I should sit on the gray pile. As throne.
Add me randomly there somewhere in a land where nothing gets done and shits gets accumulated

Upon survival of Elden Ring and my birthday whilst treading water, rest assured the response will be swift. 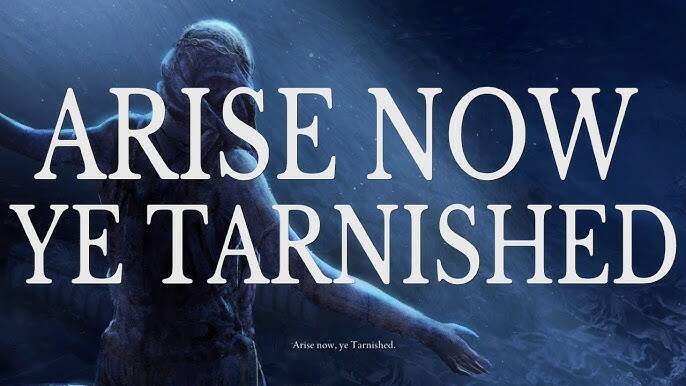 Reading is beyond you, fine, but counting?

I can go by spans. So far I’m something like… +50/60? Something like that.
The whole greebo BB team plus the crowd I printed
I painted something like 10 models for myself this year. Probably less.

@chitzkoi, every time I read your scripts I can’t look away. I love this, haha. @MichaelX’s feat is truly terrifying. That was a massive change in a single month!

To all the other @BATG_Warriors, keep it up! Let’s get to the halfway point with a bang!

In my defense, there is not much hobby time while working full time and having a 2 month kiddo. That and the fact that GW announced a 20% price hike for Blood Bowl in March… Ill do my best to finish more than two models in April!