@rollforwounds has made a really cool warhammer reference card system. I have used this template to copy over the stats and options for Warhammer Armies Project 8th Ed Book and added a bit of artwork stolen from our website and the wider web.

Within the folder you will also find an editable version in Excel format so that you can swap art for pictures of your own models and even rename cards after your own heroes before printing. (Also you can fix my inevitable typos!) Also in this folder is the font i used on these cards in case you do have it already. 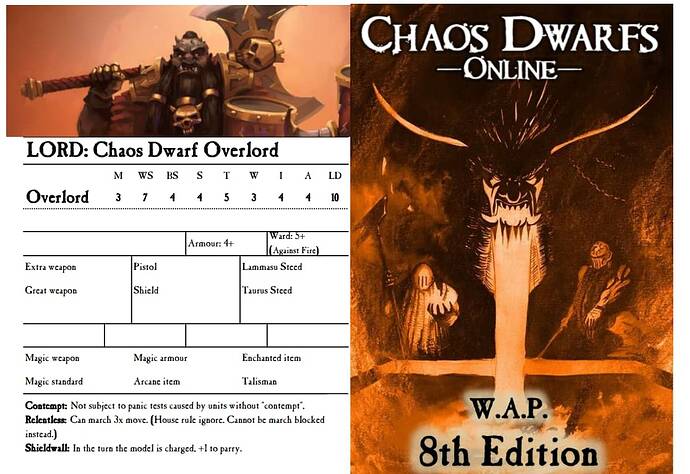 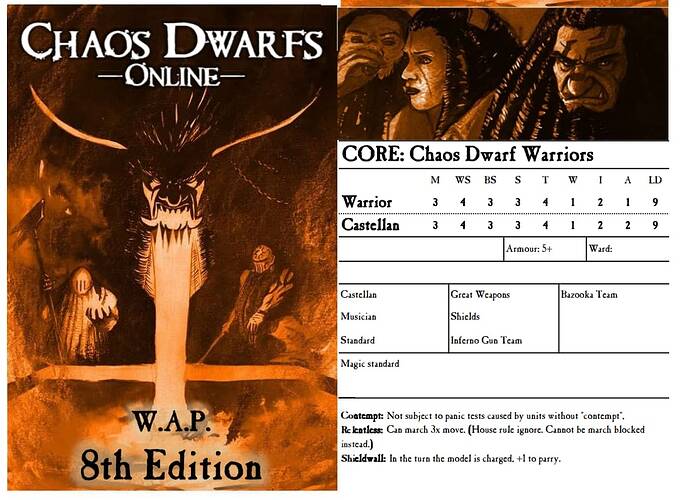 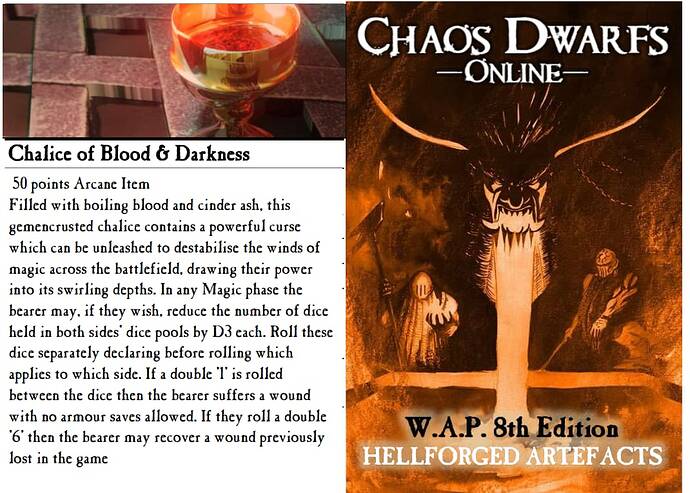 The only cards I didnt make were special characters as personally I never use them. However if another user feels like taking the excel file and making cards for them I can add them in. Same goes for if anyone wanted to make a 9th ed or ravening hordes version of these cards, we could host here also.

You’ve done the Lord’s work formatting these, thanks @Oxymandias ! I wonder how different these are to 9th Ed; I’m sure a pencil scribbling or two will make them usable in both editions. Wonderful work. I hope to follow (someday) with a similar roster for Orcs and Goblins! 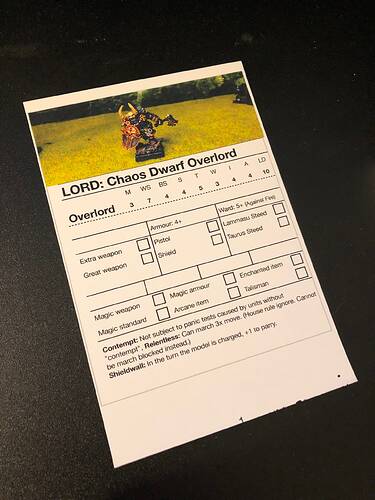 Well done guys, if i had skills id take photographs of each of my units and add to these cards.

That 8th wP book still annoys me on just 2 points

Well we’ve already houserulled 3xmarch into can’t be March blocked, so don’t think it’d be unreasonable to add in the ‘lesser’ bull centaurs from the 9th book (adjusting the armour options).

Wow guys these are great, love how every time I come here peeps have thrown down something awesome, just wish I played that system

I don’t get it, how would Bull Centaurs be cavalry? They have no mount, if anything they’d be rider and mount combined?! What would be the advantage of having them be (monstrous, surely?) cavalry?

just wish I played that system

Some of my mates have asked me to do a little path to glory campaign in AoS - I bought some little base converters.

Not a massive fan of the system but 1) mates beers and dice is what’s important. Not systems. And 2) I think smaller scale is where AOS works best.

So who knows I may end up making some snappy LoA AOS cards yet! Haha

mates beers and dice is what’s important. Not systems.

He means the BCs on cav bases as opposed to the large ones on monstrous cav bases.

The Relentless rule is definitely done. I made a suggestion for including smaller Bull Centaurs in the WAP 8th army list, what do you think?

Nice One! Special characters are the best part of the meal though, Blasphemy! I’ll have to make them once i get time!