Creating a back story for my army

I have never really created a back story or narrative for my armies beyond unit names.
I wish to do so with my CD, but I have no idea where to start.

The fact I don’t know much beyond tamurkhan and what I’ve read on here does not help a lot.

I have browsed and read parts on lexicana and 1d4chan but still feel like I don’t know enough.

Are there good novels about, or even better, from the point of view of chaos dwarfs?

I think I should start with the general, and go from there, but I am still doubting how to go about it. 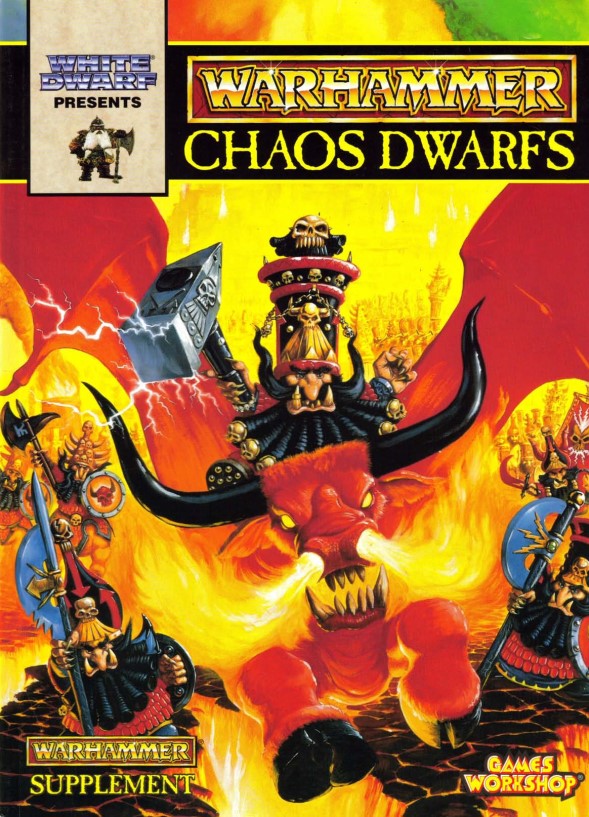 Maybe the old White Dwarfs presents Chaos Dwarfs? Other than that I dont really know, there are some sprinkled through older books but nothing coherent that Im aware of.

Have you had a look through the old CDO Wiki?

I don’t think there’s any books specifically about Chaos Dwarfs or from their POV. There’s only stuff where they’re side characters I think. Off the top of my head, for the Old World the books with the largest CD presence are Grudgebearer and Road of Skulls. For AoS there are zero so far.

My advice for coming up with fluff for your army would be to browse through the CD wiki and pick a city you like the sound of (for example myself and a couple of others on here have chosen Uzkulak as the home city of our armies). From there come up with an idea for where your army fits in in that city (don’t worry about trying to fit in with anyone else’s personal fluff, it’s your army so if you want your general to be the ruler of your chosen city, make them the ruler of that city even if someone else has their general ruling the city). From that ideas for fluff should flow.

one day i will be able to put my hands on that damn book
curse you ebay!

White dwarfs are a good idea too! Thx

Good advice. I’ll start with some characters and my general, let it evolve from there.

Also, if you want more, then by all means check out @thommyh’s marvellous work here, @Grimstonefire’s great Liber Chaotica: Hashut (WIP) and a whole mass of Chaos Dwarf culture writings, stories, songs and whatnot from a plethora of different authors, found here (the big WHFB CD story compilation, eventually to be transferred manually to Discourse CDO), as well as @ashur’s CDs versus Ind masterwork in CDO Discourse background and stories. Some of them are illustrated. :24:

The Chaos Dwarf background experience is not complete with only the official material to go by. CDO has long been a creative hotbed in all manner of ways, not least background and story writing. Almost all of it builds on the official background, true to the spirit of the setting and our army’s wacked themes.

You’re already acquainted with @chitzkoi’s good writings (gonna savour them after New Year), so they need no introduction.

I think I started with “Where” my army was from, just someplace their own, not in a “big” place and concentrated on the terrain of where it was to explain the dirty paint scheme (Ashe Wastes), and then coming up with other fluff wise stuff for that etc