Something, Something… when pigs fly.

Starting from the Chaos Dwarf Sorcerer on Lammassu, or the named character Zhatan the Black on Lammassu. I noticed the Ewal Dvergar had a boar theme instead of a bull theme. Also the Ewal Dvergar Patriarch looks to me like Metaknight from Kirby cut off most of a Dwarf’s head and is resting on what’s left of the jaw. Not important, just my first thoughts.

So now to name the thing. Eggzerrach the Dark on Mantiboar (Manticore+Boar)? Evil Squat Mage on Flying Pig? Draganon (Dragon+Ganon)? Mutated Boar? Hammassu? Too far? Not too far enough? Either way, if I was better at this, I would absolutely have this third drawing fixed, coloured properly, and painted on the side of a van. Which is the benchmark for this comp in my mind. Is it Van worthy? 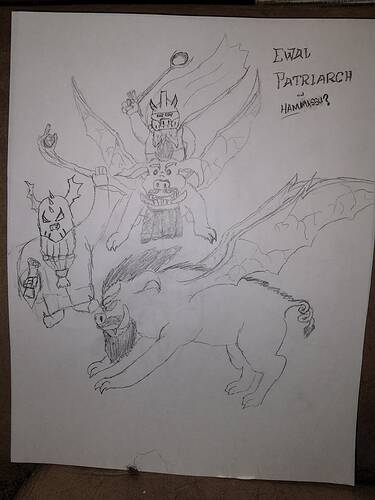 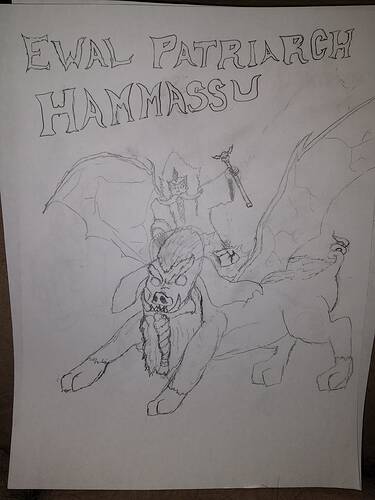 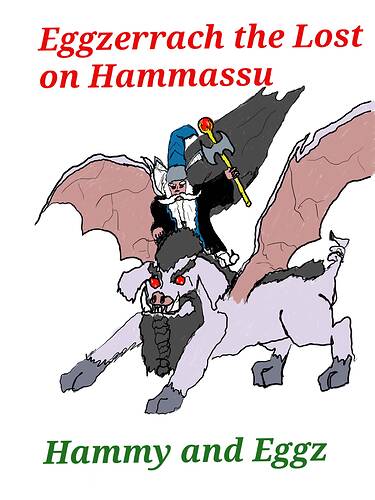 Now to mock up a quick model with stuff on hand. Here is the Ewal Dvergar Patriarch on Hammassu, or Eggzerrach on Hammassu arguing over which direction they should be going: 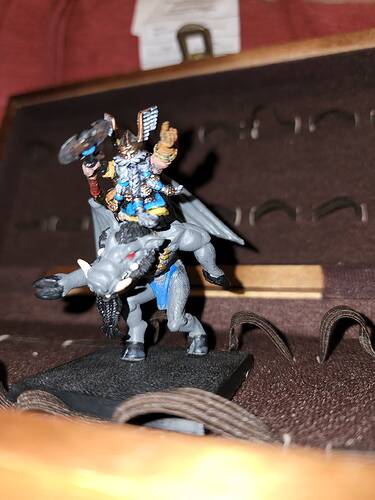 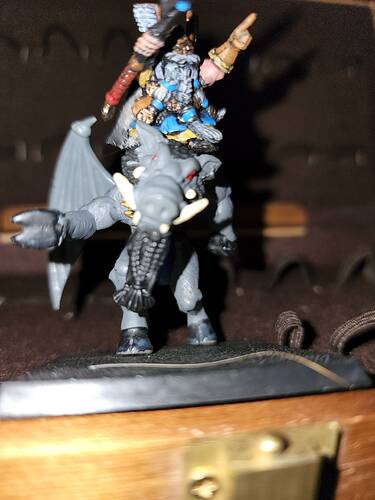 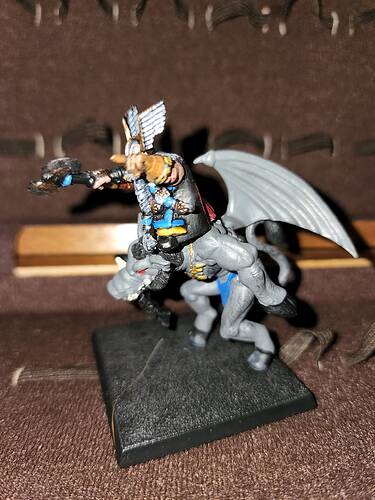 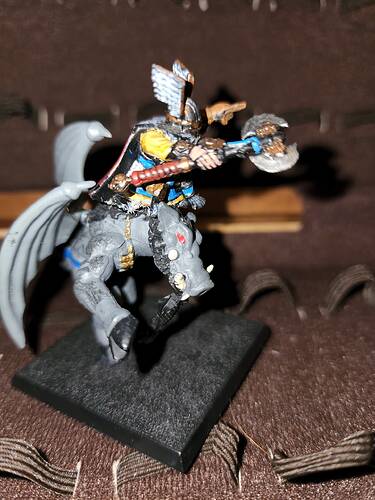 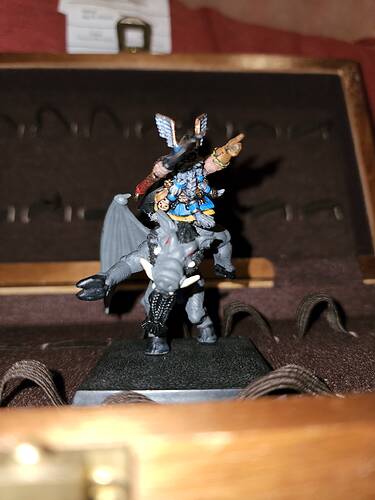 Obviously it should be a bigger boar, and I should have changed up the Dwarf a bit, but it works as a visual. Pretty cool, but not epic. Definitely not Van worthy. Hammy needs bigger wings, the Sorcerer’s helmet is cool, but it needs the addition of a bigger wizardish hat, and a billowing cloak. 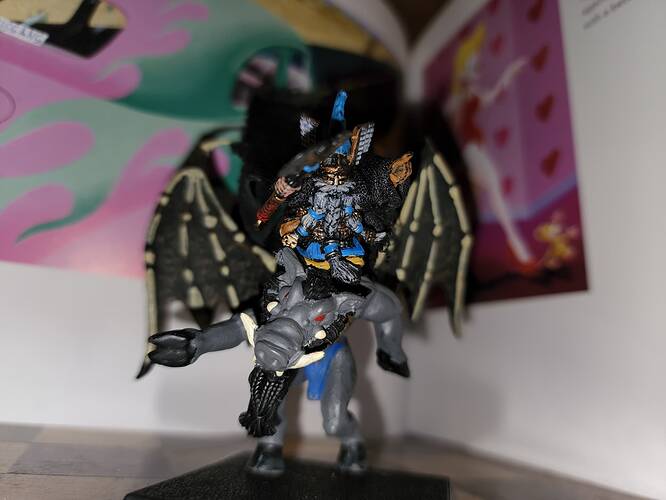 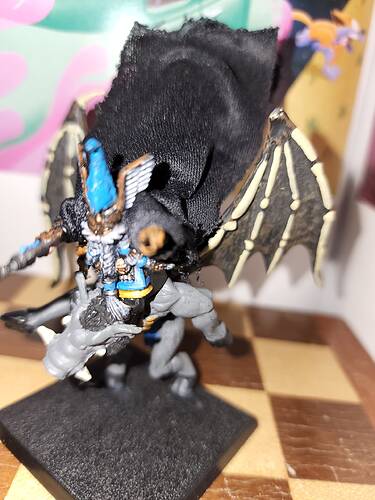 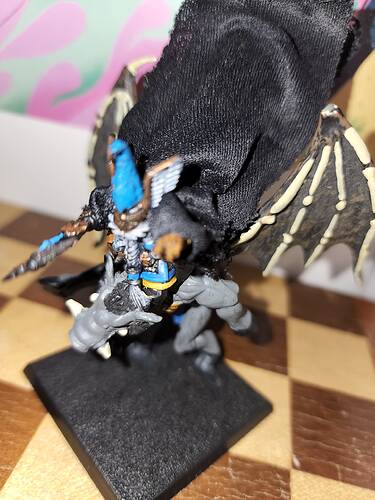 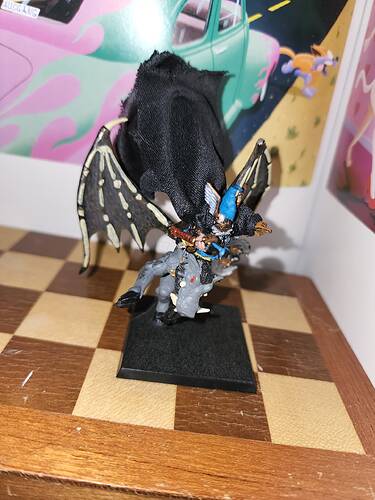 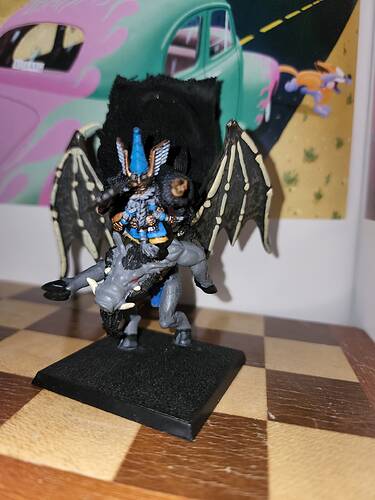 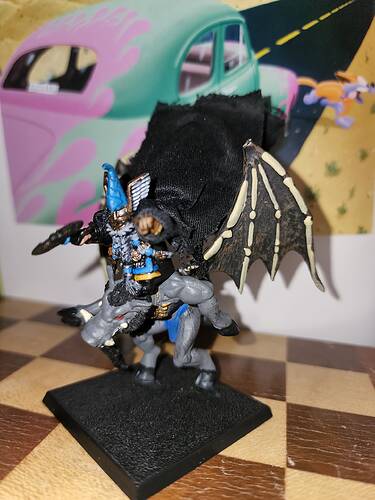 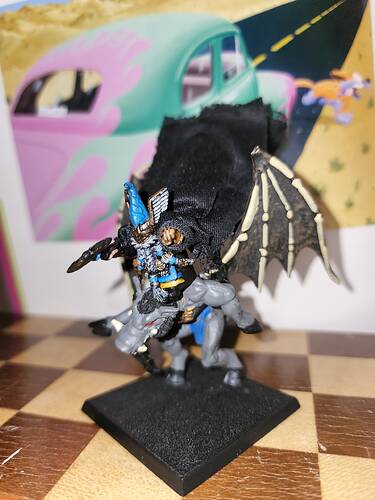 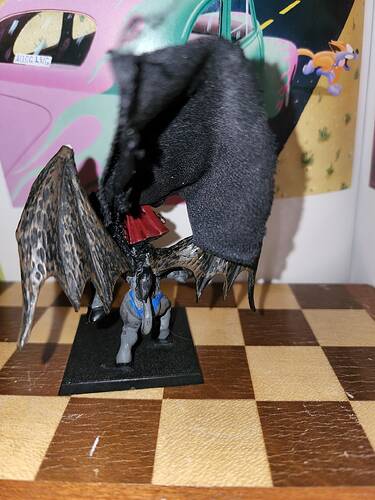 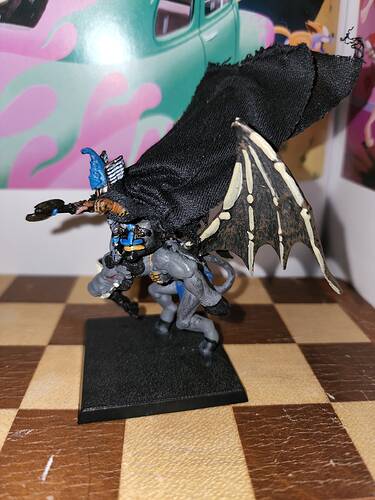 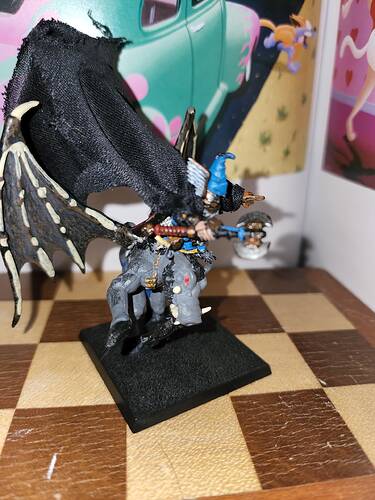 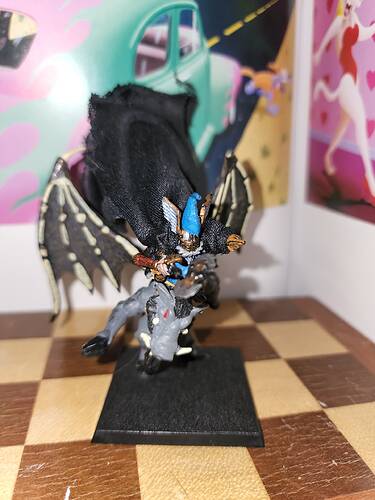 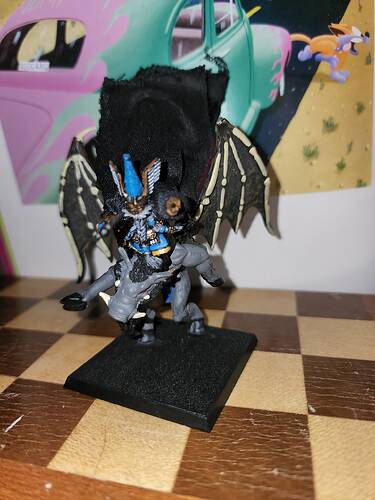 Not quite Van Worthy yet, so let’s turn his battle axe into a Scepter. Also maybe change his title from the dark to Eggzerrach the Lost, as he and Hammy still argue over the correct direction. 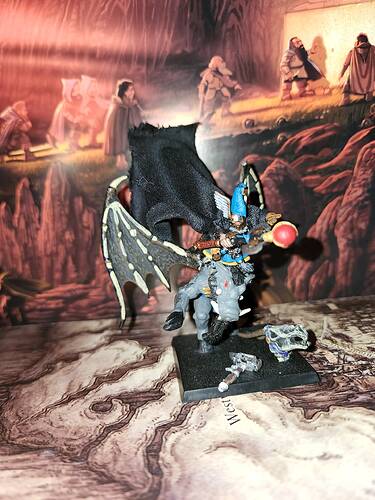 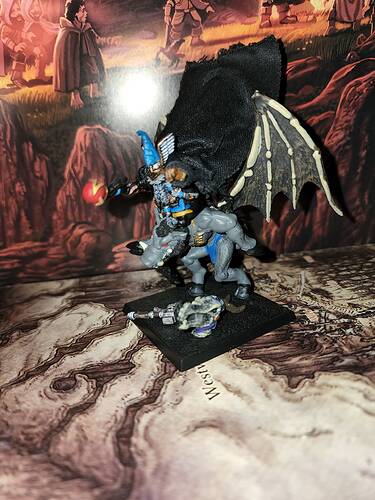 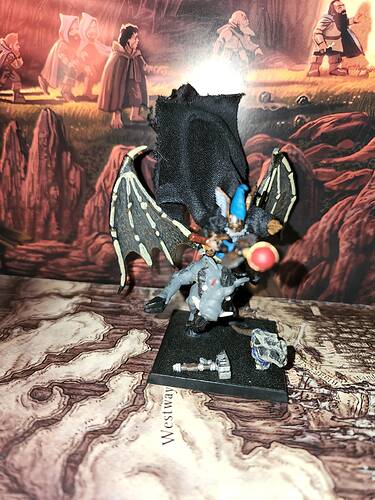 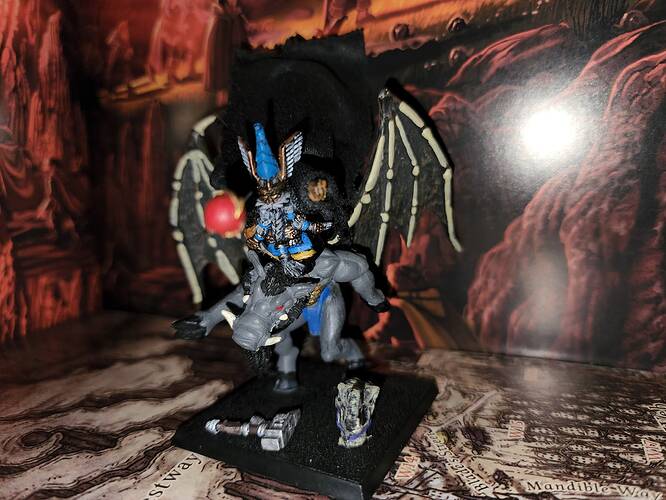 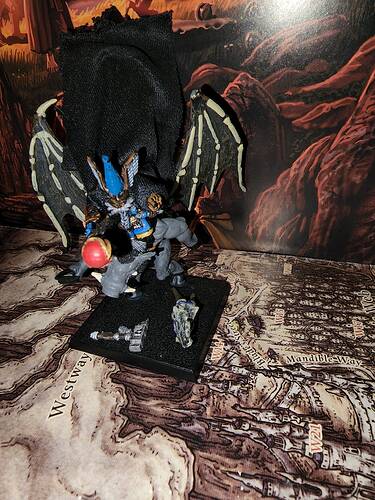 Because I used a bit of wire and cloth for the cloak, it can be reshaped, so pointing it a bit downwards now. Still billowy, just not plummeting now.

Hammy and Eggz are more lost than Darbakh and Raggrund. 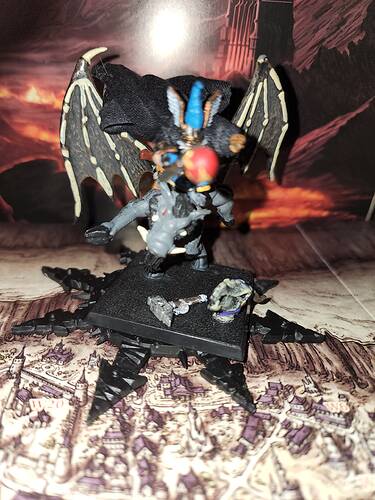 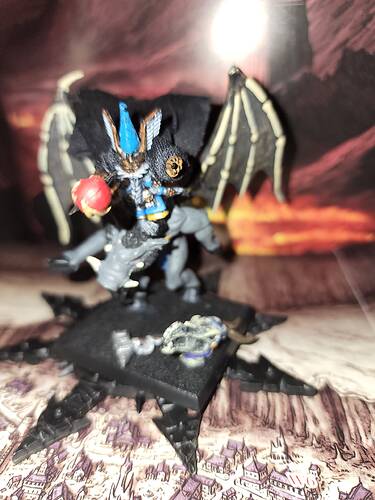 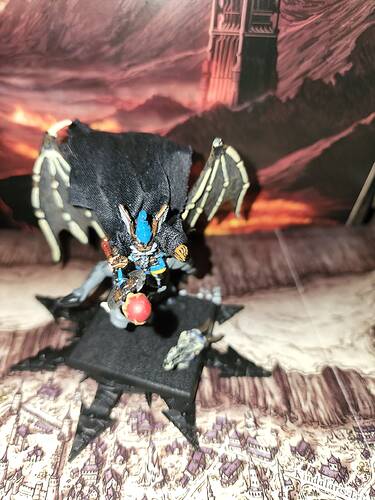 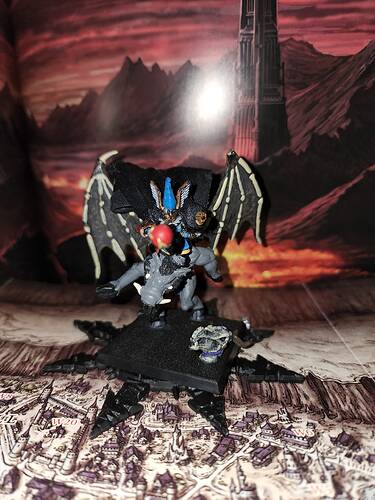 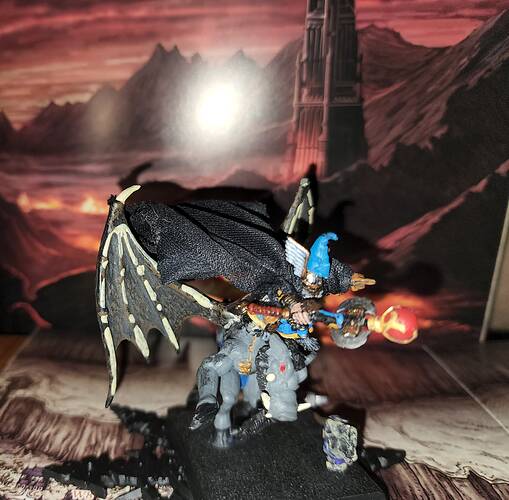 Your winged boar idea is great. When hairy pigs fly!
I like the comical nature you describe your entry. To my knowledge there is no mounted helm sorcerer yet either! What…the…hell…

I think i saw a massive oversized boar recently on a model site. Maybe ill attempt something like this one day