Mantic just released their Free Basic Rules for Kings of War 3rd Edition. If you have even been on the fence about their system give it a look. The process is a bit odd for first time users, you have to create an account on their page and then add the free rules/FAQs etc to you Cart and Checkout before you can Download them.
Btw there are similar Free Basic Rules for Vanguard as well, which is Mantics Skirmish system. 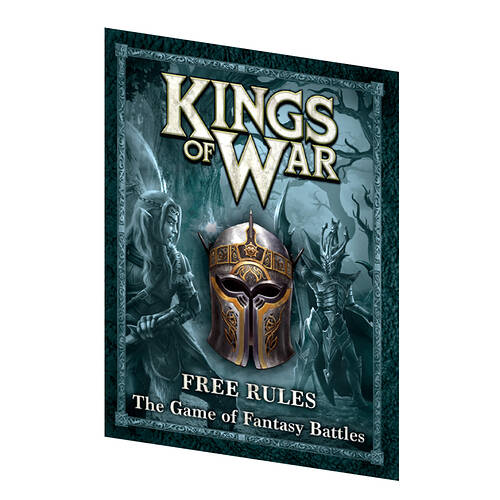 We were going to start a mini-comp here at our local club but with a clubhouse burning down in january and now this bloody virus cancelling all gatherings, we haven’t got it started yet.
I literally only last year bought the 2nd Ed Gamers pack and Vanguard so I don’t feel like buying another set of books.
Anyway, I’ve downloaded these and another member has bought the gamers edition and we will see how it turns out.

Has anyone used the new set yet and have any opinions?

Ah, regarding the books. If you are the least interested in the lore the new books are so worth it. A huge leap in production value with several maps as well as lots of both world and faction lore. The huge rulebook reads alot like the old WFB tomes. Vangaurd is still in its first edition so its all fine, note that there’s an errata and FAQ on the Mantic page though!

Has anyone used the new set yet and have any opinions?

If you mean the rules, then yes. We like it alot its an evolution of V2, most mechanics etc are the same. A few cleanups, most notable you are stuck in combat so no “bounce back”. Other than that items, spells and army lists mainly.