please, not another take on the boring old “steam powered sea monster built by maritime evil dwarfs”!
… Joking of course! Even if this were a common theme, the execution is ingenious as always! Is that a light bulb socket in the middle??

Is that a light bulb socket in the middle??

That’s a canister that once contained a miniature yoda from one of those pay a quarter for a toy style vending machines.

This model is amazing! I am a little envious of your creativity and craftsmanship!

This is soooo gorgeous. Envious comes nowhere near my emotions.

Amazing skull cracker conversion. I saw some spider like tank on facebook using those tentacles as legs. What is the original model they come from?

Thanks all for the kind words. I’m just happy to be able to move on to the next as that was hanging over my head every stage of the way.

What is the original model they come from?

Its very different haha. Nice one!

Mhmmmmm, I do have those bits lying around

This just glorious work, I don’t think a more frightening warmachine has existed

Finally, it is time.

I have no idea what they are… but I am pretty sure I want a unit of 40 too.

This pretty much says it… except I ended up landing on 50 if you include the sorcerer on palanquin and the octopus from a previous Golden Hat. 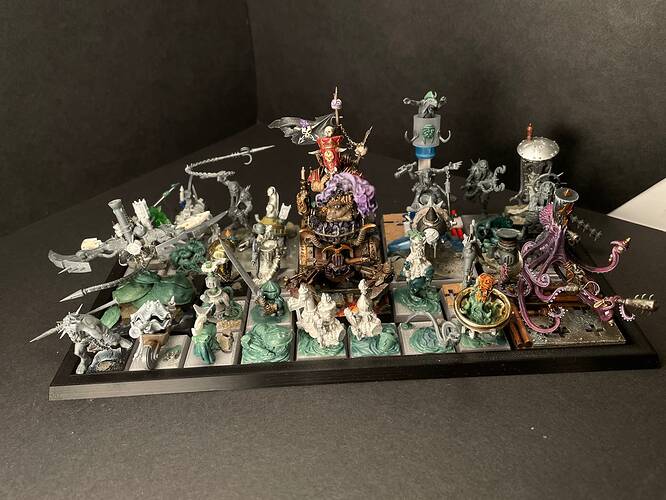 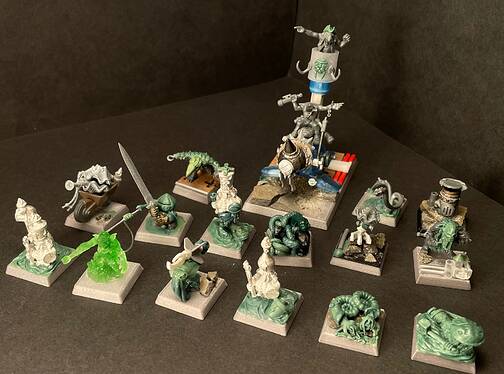 Tjublings will serve as summoned minor golems forming the immediate guard of the mad sorcerer wading amongst his mob atop his mecha lobster palanquin. Also tried my own take on one of the @tjub character sculpts, the floating sorcerer, added an @Uther.the.unhinged heli-hat for good measure. 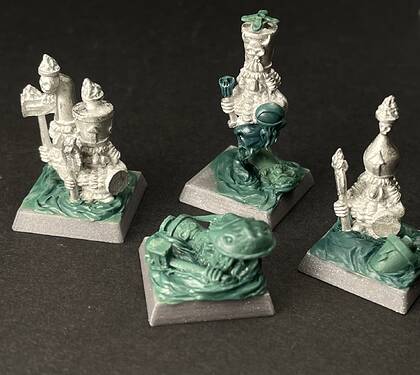 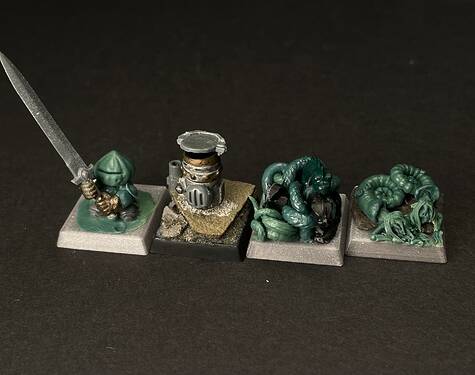 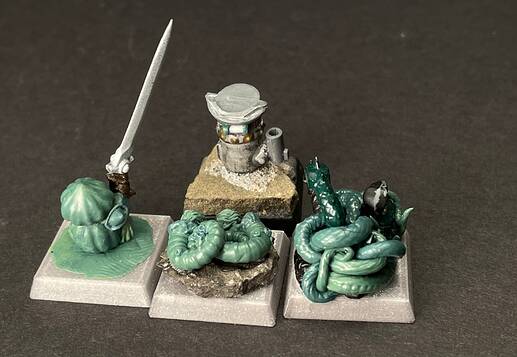 Gnoblar cosplay time. Parrot Gnoblar Hook Finger Bottjer… A quick harpoon conversion of a resin gob from Michael… and the Un-gnoblar a copycat of the several Unmade that will be in the unit and mostly spawned because I’m running low on gnoblar heads. 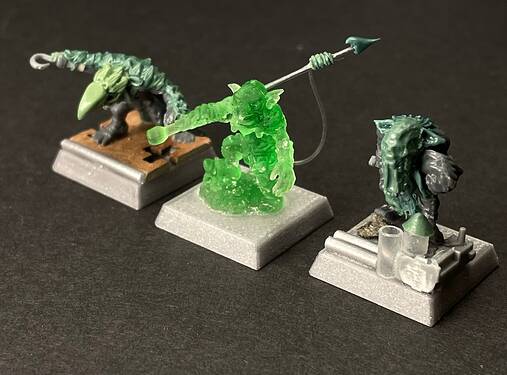 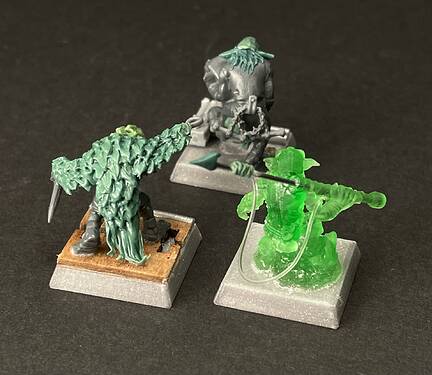 And then things got weird. I like to think I’m tapping into Terry Gilliam energy here, although as some have pointed out it’s likely closer to the little mermaid. 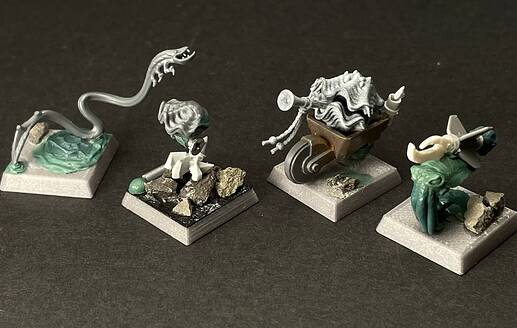 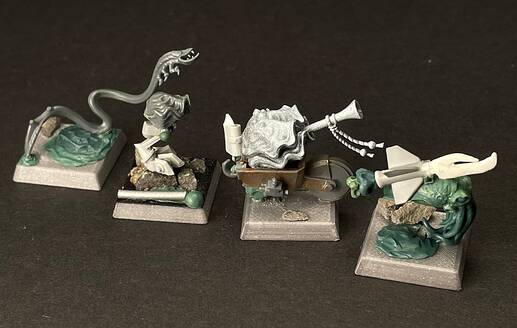 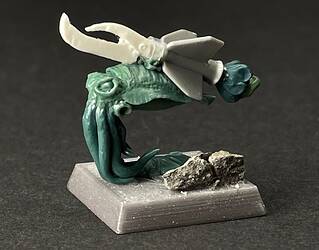 I’d like to ask for permission from @Loidrial to call this the WarLus. Seems like that’s how gnoblars would refer to their walrus steam tank ironclad boat thing. Still have some rivets to do but I ran out of energy shaking this dam thing like a rattle trying to fish the head and pistol out of its bowels during a dry fit gone wrong. Worth it? I hope so. 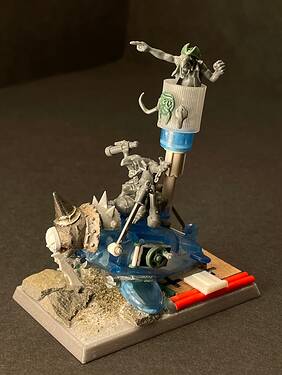 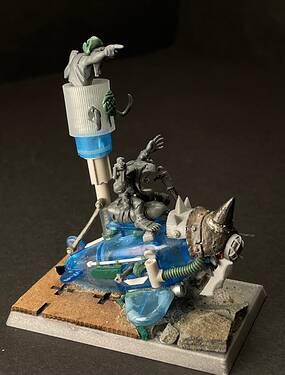 Lastly, a few older builds that needed some filler sized basing. Pile of blue stuffed horseshoe crabs made for a good riser to lift the manta above adjacent models for better ranking. Note the very tiny horseshoe crab on at the feet of the unmade daemon handler. 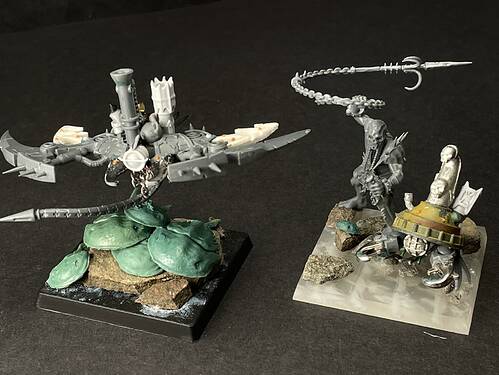 ), all of them! When I saw the Tjubling sorcerer behind the horseshoe crab I immediatly thought: “Oh he’s gonna make a sorcerer-on-disc/sorcerer-surfing-a-horseshoe-crab!” and was then quickly disappointed when I realized I was just making things up.

This is the single best unit on here! I love then all!

Not a bad idea sir…

Amazing unit man. The creativeness seen here in all these random sculpts could be indicative of descent into madness? Haha

Porco dio the WARLUS is amazing!! Everything here is, but man, the warlus!!
I love how everything sticks to this community, even our own grammar mistakes can create something xD

Seal of approval (means you have to make a seal itself, the animal, keep going with the puns)

This honestly might be one of my favourite units ever, in any game.

CRAP, it never ends. What a great idea!

I’m already deep in the bowels, THE BOWELS!

Double crap, well… I don’t have to cast the divine bones of Walhut to know my fate was sealed for another unit of 50.

Perhaps Hashoot will make an appearance

I hope to document a bit better my Walhut tribute, coming soon to a nautical blog near you.

These are the bits that started the build. Not all of them made it in the final but I wasn’t too far off. The little plane was an LED keychain light before it got savaged by clippers and knives. 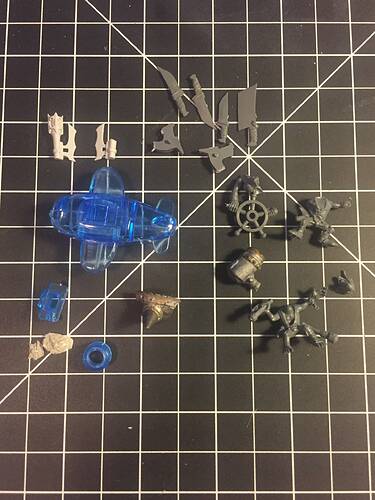 Second stage is the true mockup. The crows nest was visualized with perfect pointing gnoblar. Ships wheel gnoblar got ousted for a future project due to space. 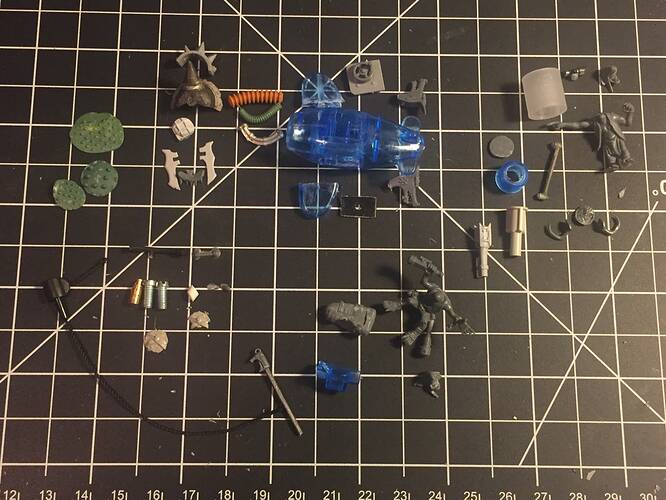 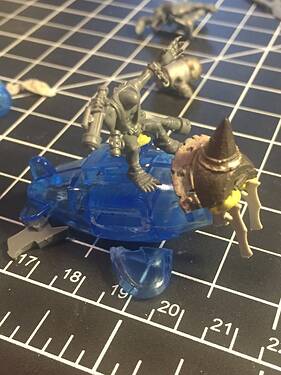 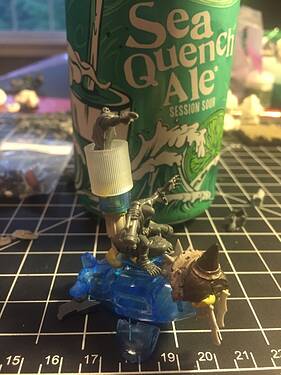 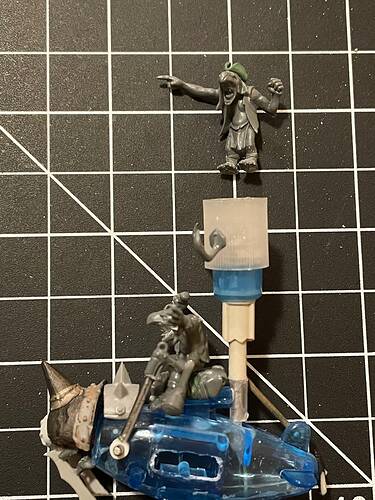 And the previously shown “final” shots. Just needs some rivets when I go around and put rivets on bases for the unit. While the door with rotating wheel was straight from the initial concept. The sliding window porthole with hiding pistol gnoblar was a last minute addition I’m very happy with.

This build is probably my favourite between all of yours! Praise Warlus!