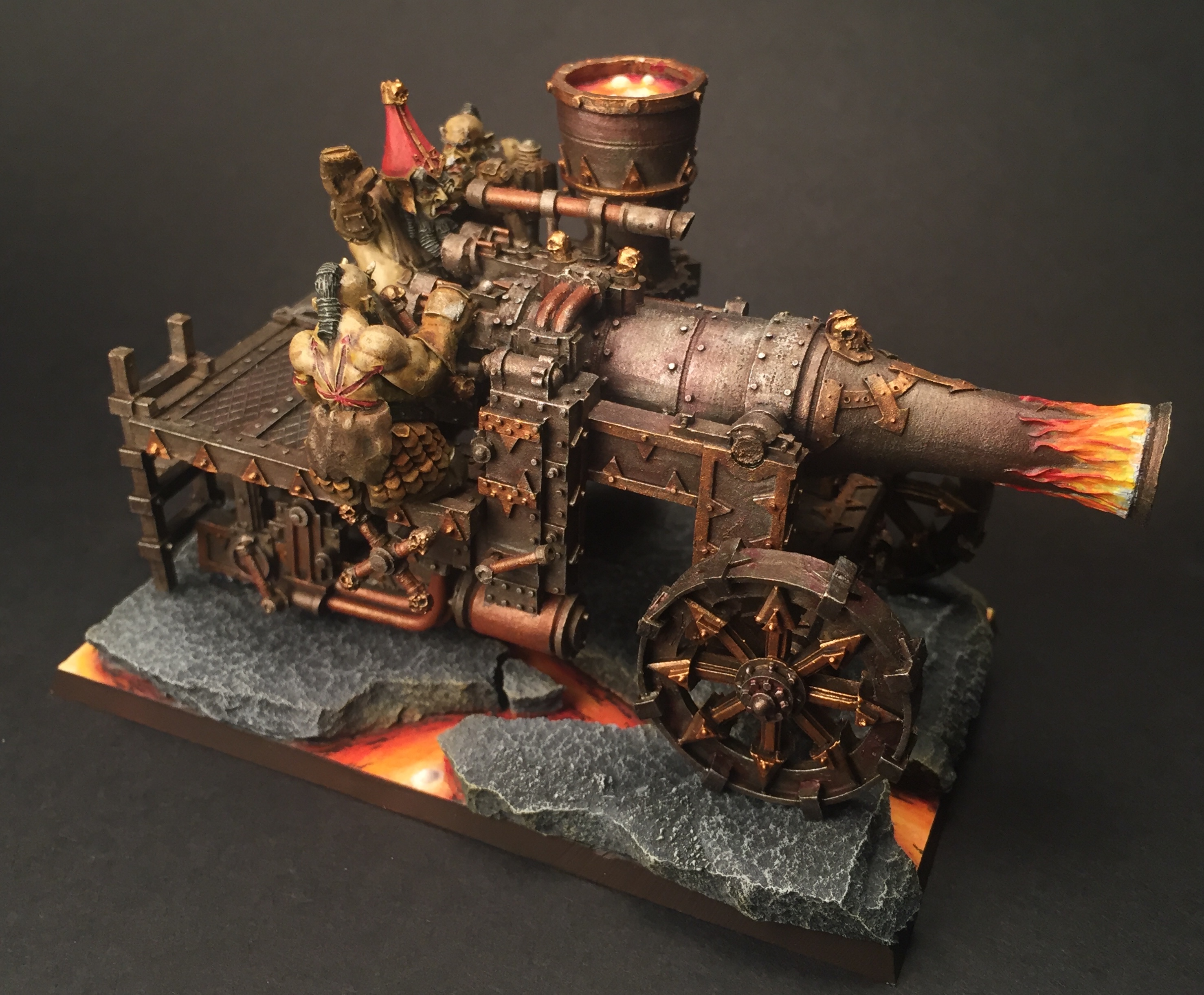 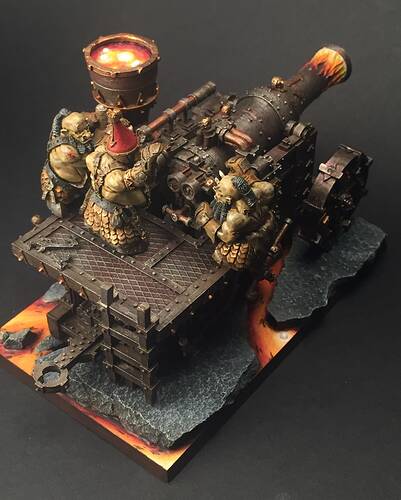 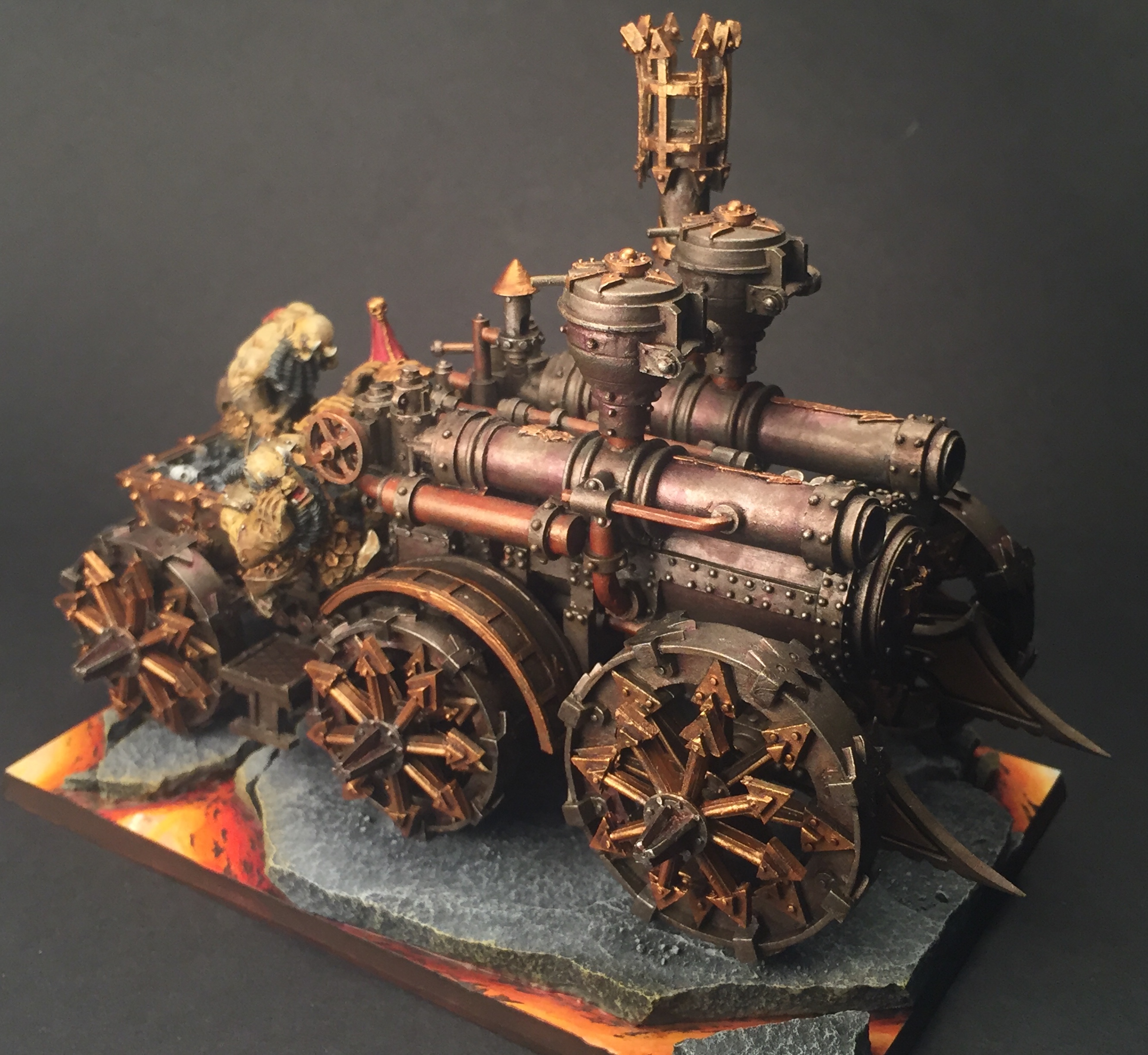 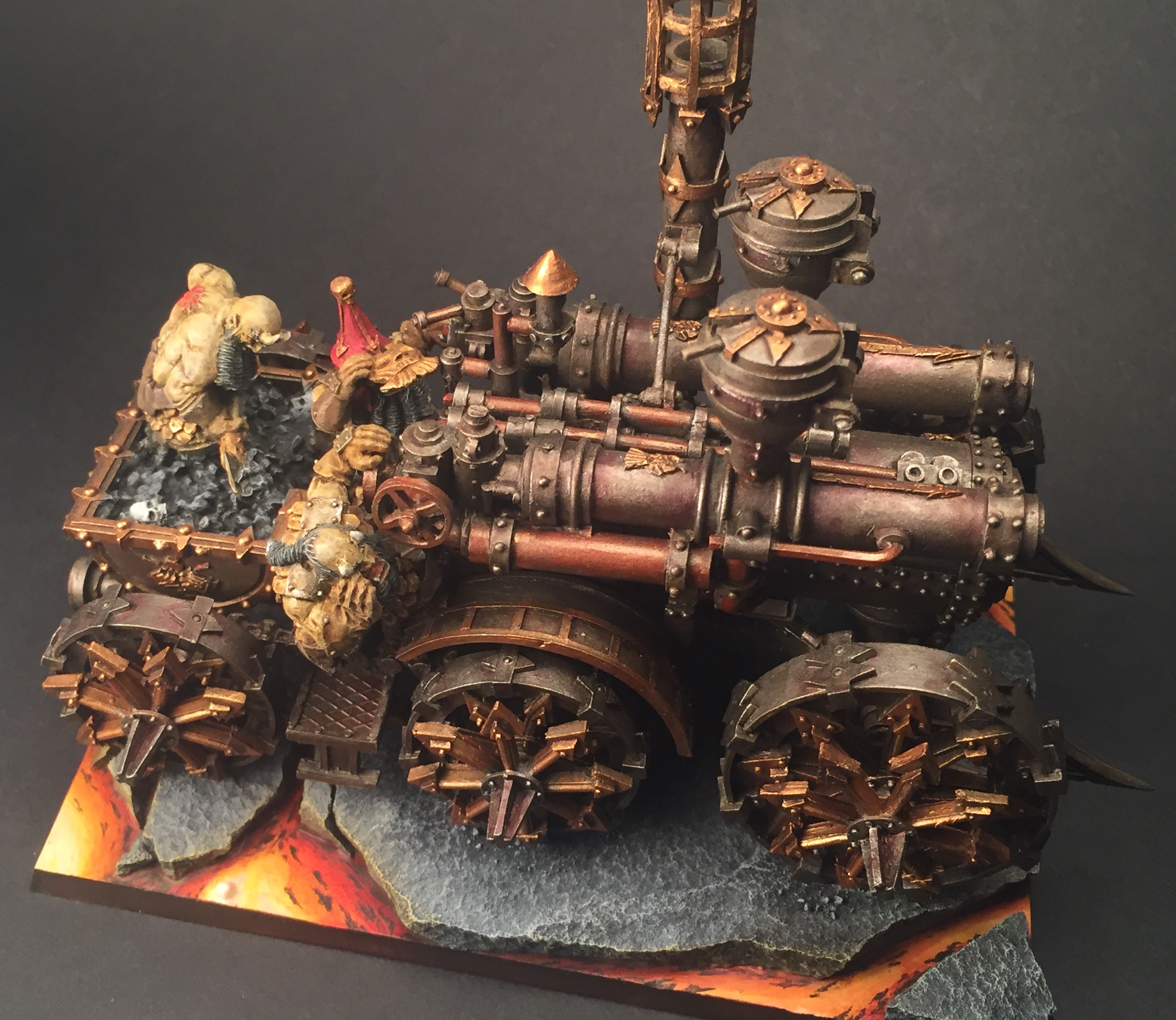 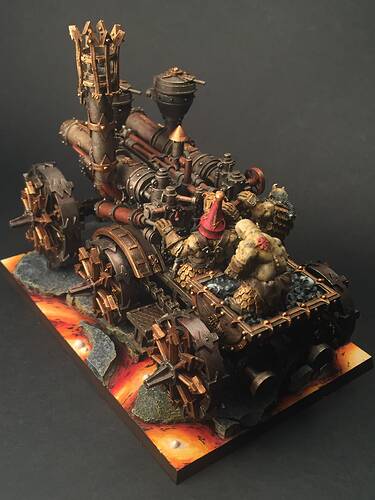 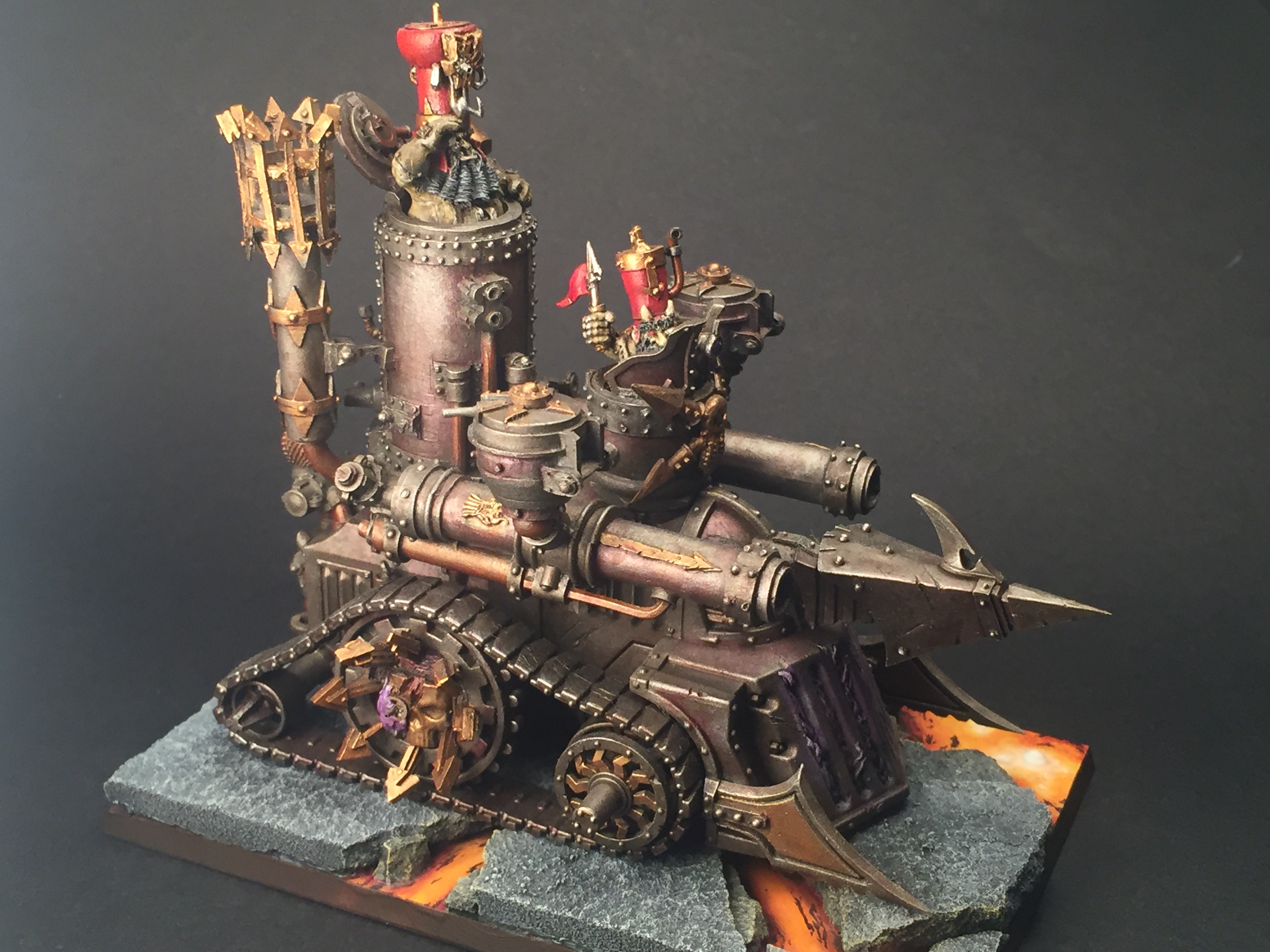 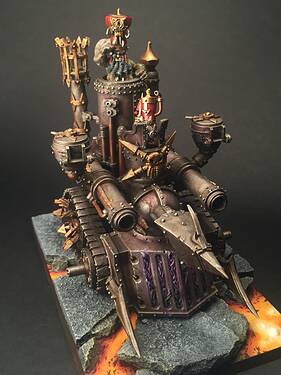 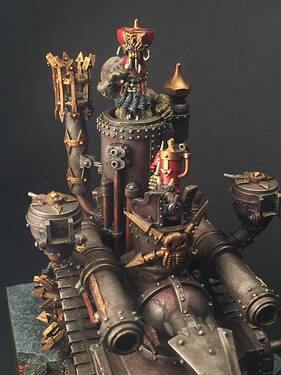 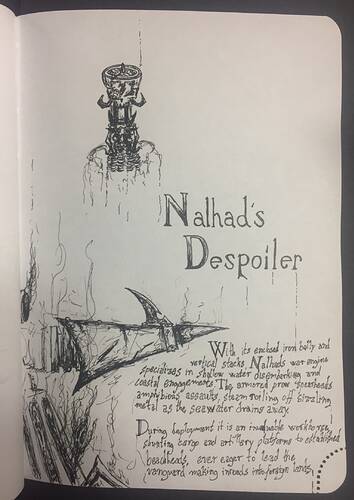 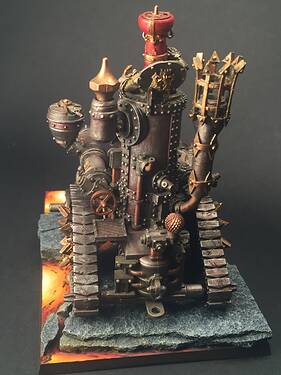 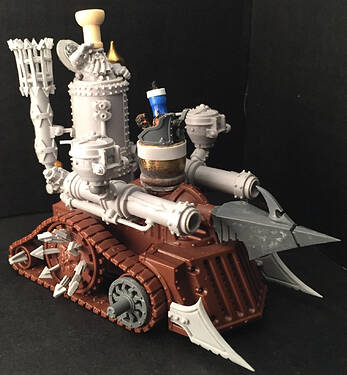 Another great conversion, and I do love me some pin hats!

Very impressive conversion! Love your painting, the metallics on this machine are perfect. Also, great work on the transition to the purple tentacle-things in the prow (some poor imprisoned daemon of Tzeentch, perhaps?

) Their colour is a nice contrast to the rest of the miniature while not popping out too aggressively. Awesome.

Thanks, I really appreciate it! Good eye, I’m glad you picked out the purple. I’ve tried to introduce it in subtle(ish) places around the army to represent imprisoned daemons or related magic. This warm scheme is not what I would consider to be my traditional wheelhouse so I still feel like I’m learning how to make the colors work. I’m much more used to blue Tyranids and blue/green/teal Tzeentch & Thousand Sons.

Great work! I keep seeing so many imaginative things done with that service hauler model!

This mad dwarf was an eBay score from a good while ago, sitting idle waiting for a purpose. I’ve taken apart a few decorative clocks and have since been putting cool bits and watch movements aside, eventually merging projects with this awesome old dwarf mini. Don’t know exactly why but it seemed to make sense, maybe partly the catharsis of tearing apart old clocks that drove me mad? I did a little converting on him and sculpted his shield, making sure to preserve his hilariously pompous helm-hat.

Eventually I was able to justify another eBay purchase by severing the priggish elven scribe for a friend and claiming a fantastic octopus for myself. Naturally, I glued a hat on it to cement its newfound place among the Reavers of Uzkulak. A few steampunk mods and a hook hand were sufficient to disguise any previous attachment points to the model that once was. Had a blast cobbling these two models together for the Golden Hat.

Thanks @Admiral for adding some inspirational comments to include in my lore page. 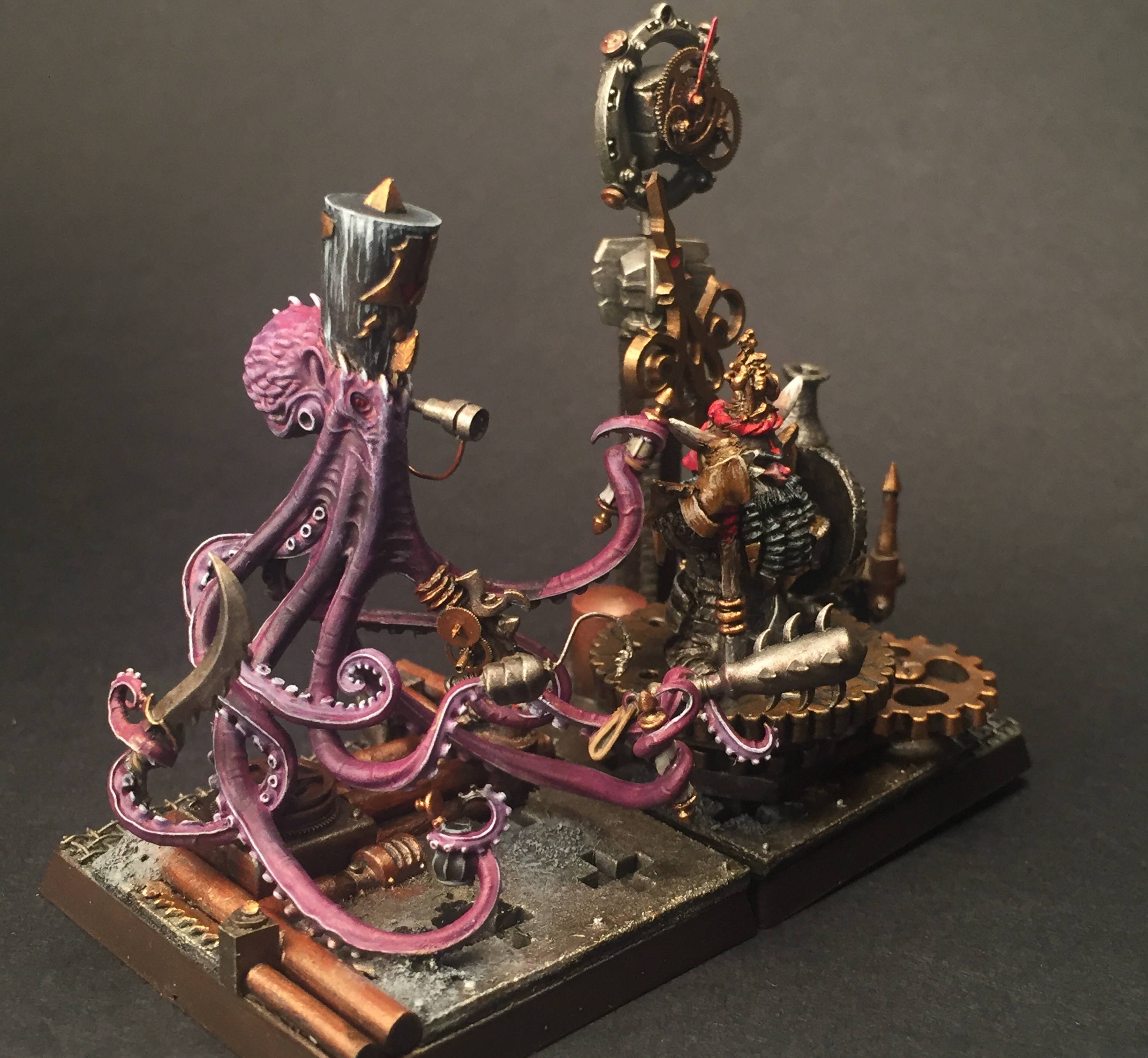 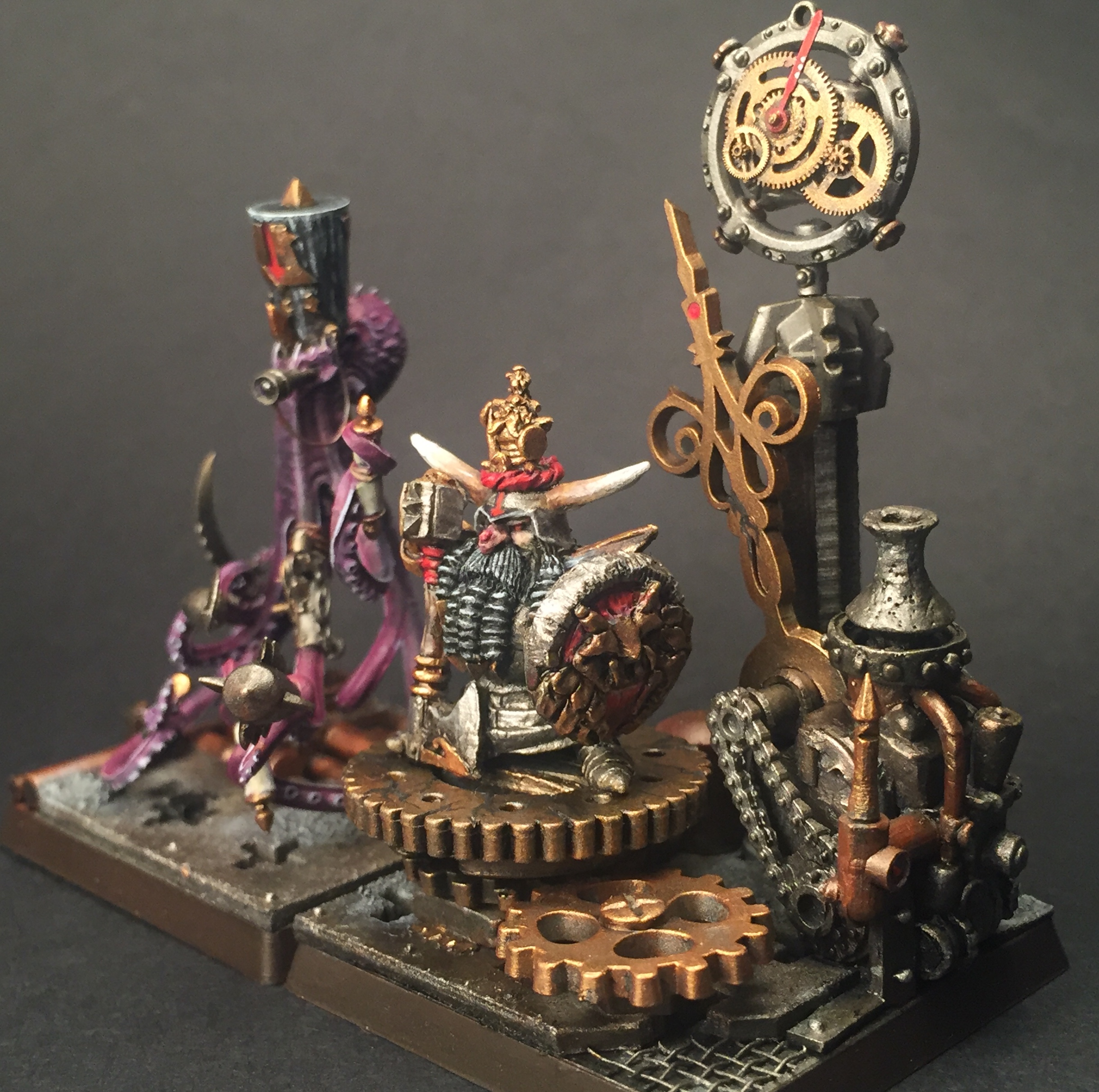 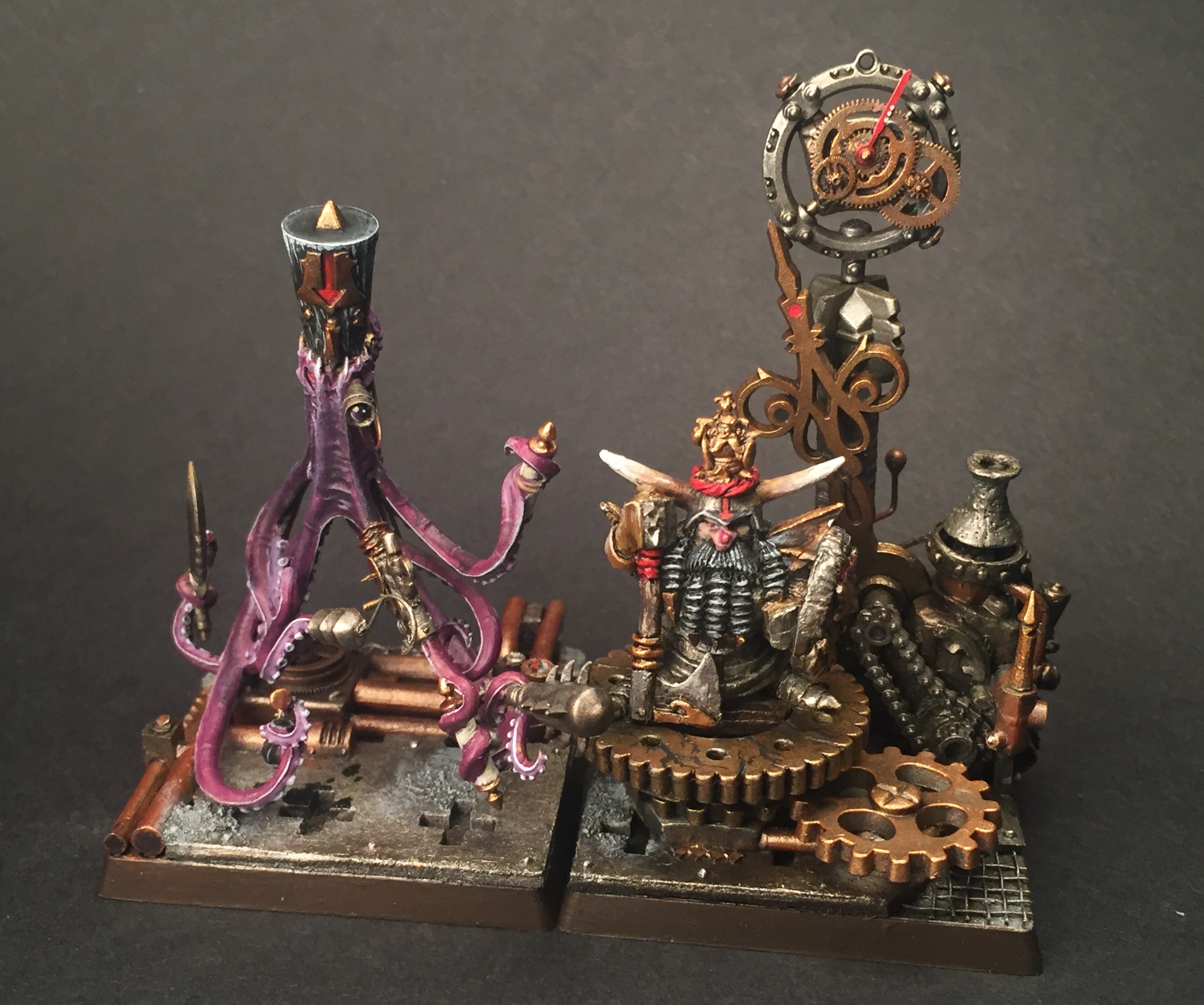 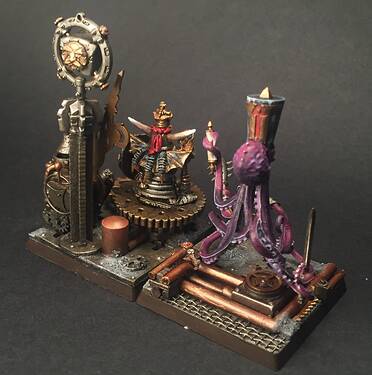 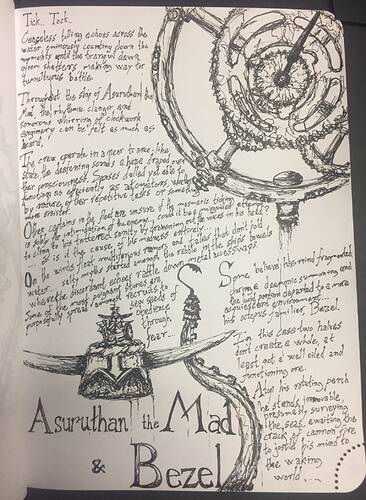 Always loved that old mini, particularly his helm decoration being a tiny version of him, in the exact same pose. I always liked to imagine that it was animated and moved to copy whatever he was doing.
Beautiful composition, your hard work really paid off. One of the coolest things I’ve seen in my life.

Great conversion work and admirable painting as always, especially the various shades of purple on the octopus. The artwork on the lore page is also very inspired and atmospheric - as one would expect, having seen the stuff you’ve already produced in that line!

Kudos to you for this project.

Arrrh. Tis be gorgeous to behold.