Second update on the @oldschoolminis Lamassu. Made it through the priming and base-coating and I have to say I’m happy with the starting point. On to brushwork! 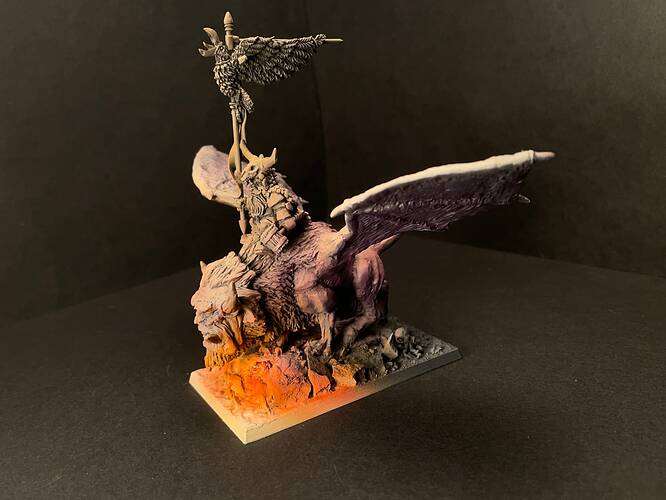 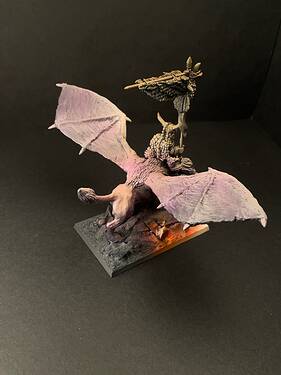 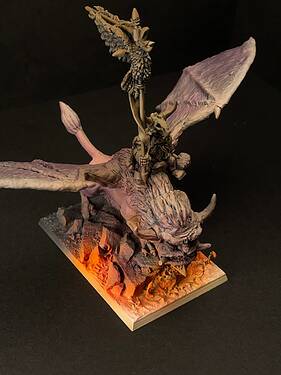 Wow. Such a brilliant, and completely whimsical collection of models. The daemonic steam hookah is awesome and hillarious! Loving this stuff. Inspiring, and makes me want to model some more crazy stuff!

As @oldschoolminis has shared here the mystical Lamassu has arrived. Overall quite pleased with the result and the palette of colors. Truly a stunning miniature befitting the holiest creature of Hashut. 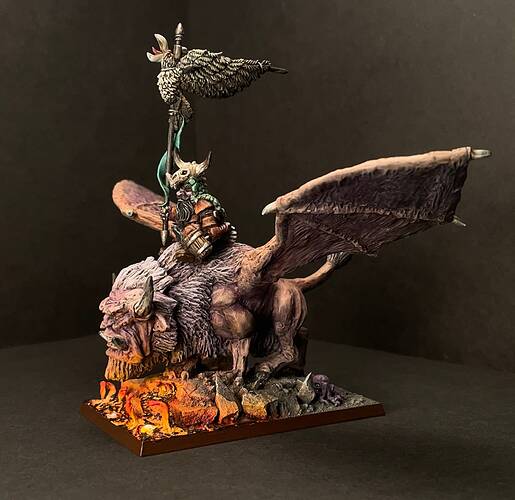 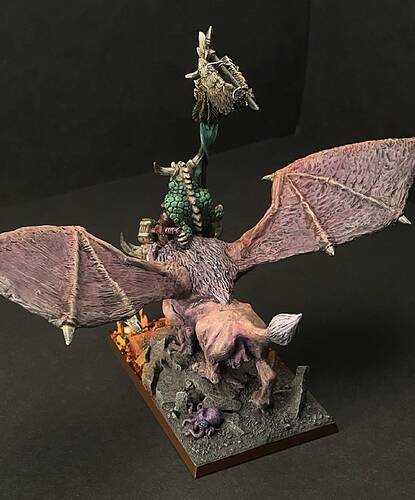 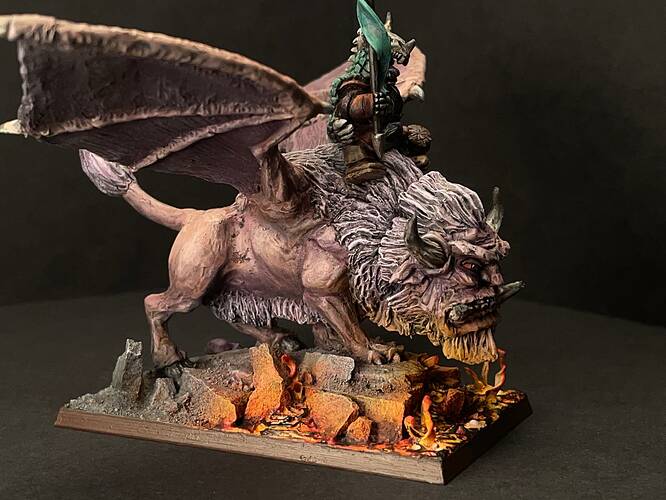 I went straight to @Zoddtheimmortal ‘s realm for inspiration on the armor and dino-cape color. Not quite as daring in the color selection but I dipped a toe out of my comfy grey boat into the whimsical sea of zodd. 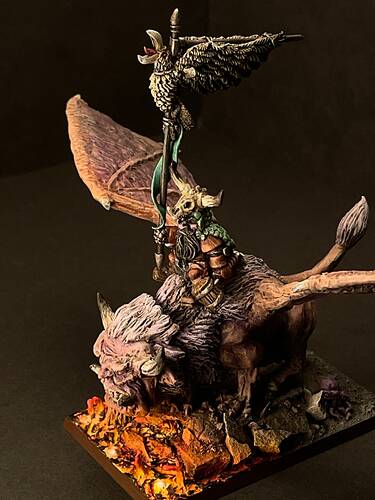 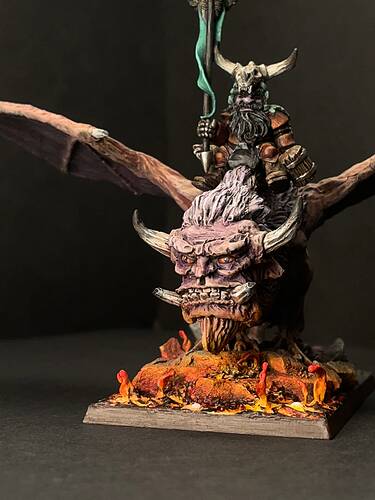 Enjoyed working the skin blends over large surface areas on a big model. A good change of pace from my recent efforts. 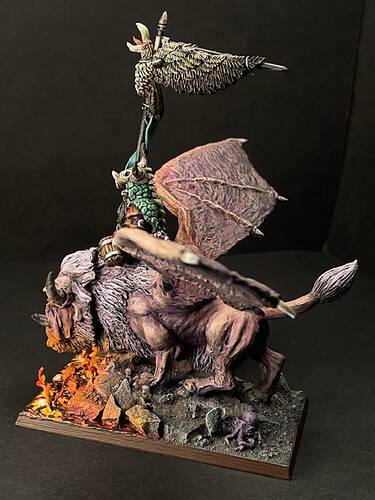 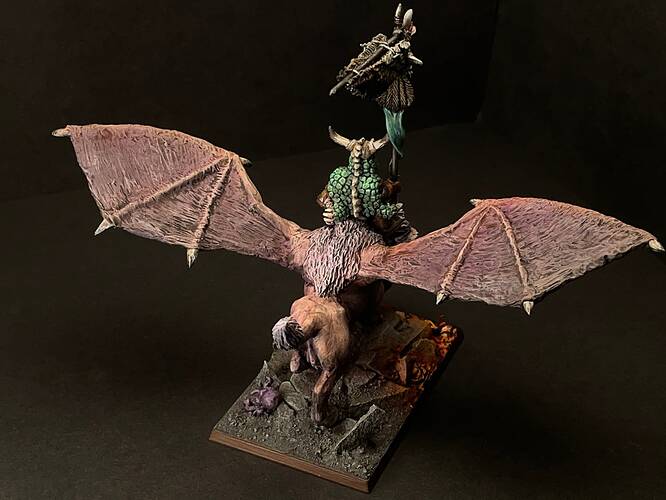 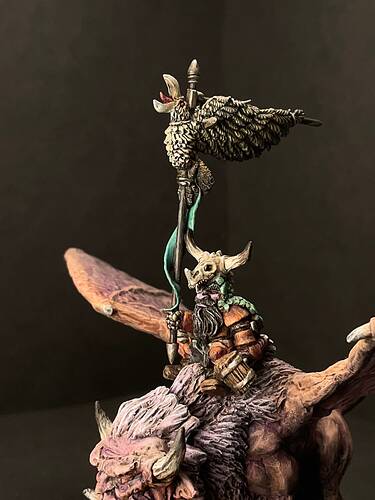 For anyone curious these are the colors used for the skin tone over a zenithal prime. @warcolours transparents do a lot of the heavy lifting both in airbrush and regular brush stages. (Farthest to the right bottle is a DIY black wash) 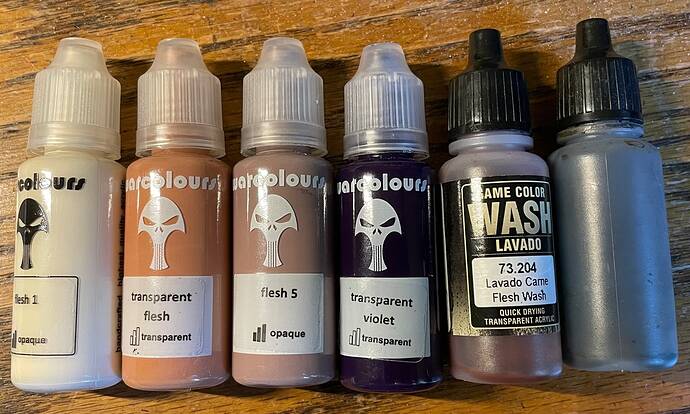 That source lighting is divine. Bravo. And gorgeous miniature to boot.

What better way to get cracking again than with Reaver’s Familiars 2: The Goo, the Mad, and the Tentacly. “Accidental” accumulation created this first batch: Contest prizes, a rogue Kickstarter, Old School Minis orders, and some doesn’t-want-to-paint sculpting energy.

First up, this very piratey hook monster by @ATOM with some @tjub rubble. (Highly recommend Tjubrubble for quick basing decoration). I went with a simple Kabutops scheme as that’s where my mind instantly traveled. 10/10 model and I think it will be very menacing towering over smaller familiars. 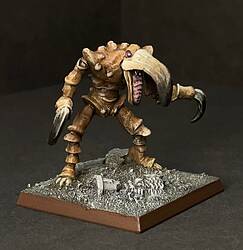 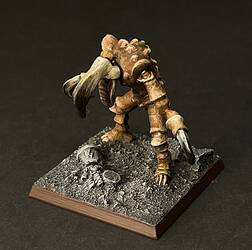 Two pickups from one of my few miniatures orders this year. An octopod and a bonus toxic monster that @oldschoolminis tossed in my box. I could’ve worked this slimy boy as a lava monster but I’ve trod that path so much I saw him as more of an oily tar demon almagamated from the goo of a Daemonsmith’s many creations. Imagine the cesspit of seepage beneath this piece of arsetistry. 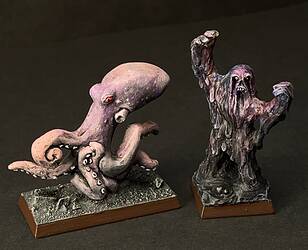 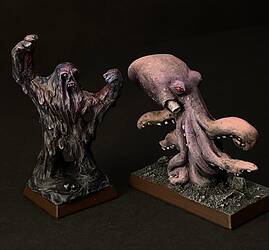 @Oxymandias and @Zoddtheimmortal have pushed me into the chaotic undersea realm of square pants for some great familiar ideas. This is only the beginning of shameless repurposing… The other creature on the right is a land octopus from Elden Ring to accompany my other Fromsoft familiars lineup. 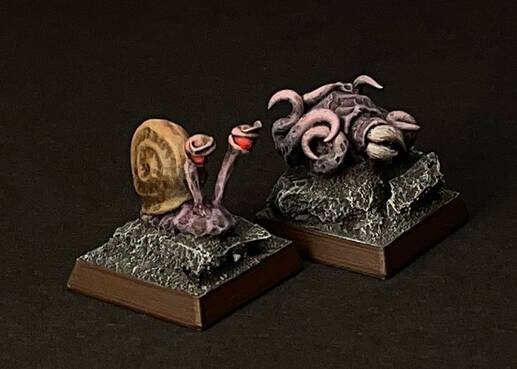 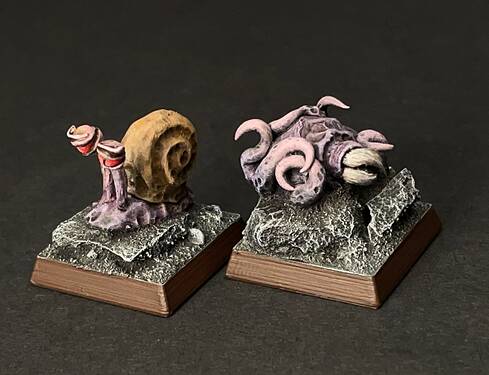 Lastly, I really enjoyed these Models from @G-or-G Kickstarter. Only good things to say. It was a seamless kickstarter, fast, and great quality. The models are fun to paint and quite characterful. 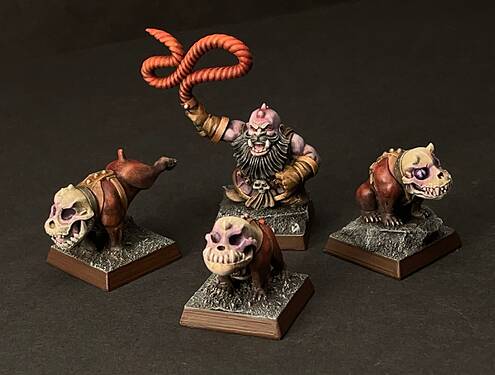 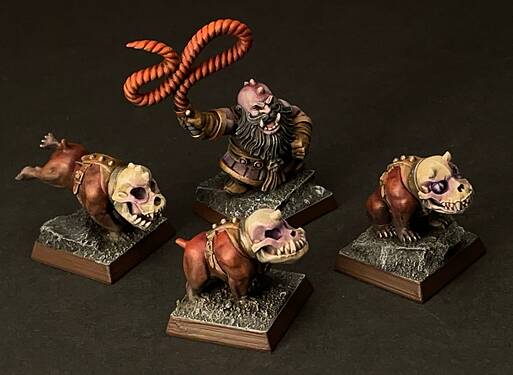 Truly a blog/army of madness, love the odd additions like the hook monster!
Nice idea for the Tjubling as well, a broken statue fits the base well.

I love to hear that, thanks for sharing & REALLY GREAT painting works!!!

Love the hook monster the most, you may possibly be giving me some guidance there.
The seamless blending of colours in the octopus

is great.
The beast master and hounds are masterfully done too.

blending of colours in the octopus

Outside of the exquisite subtleties of grey, Transparent violet is my absolute go-to paint. Do you have a hook monster in your backlog? Seems like it would fit your style.

Great additions!
But did the “oily tar demon” look on the photo as in reality? I’d imagine an oily effect having deep black and gloss. As it looks here, I would rather think of black/dark fur, like on a tiny yeti. 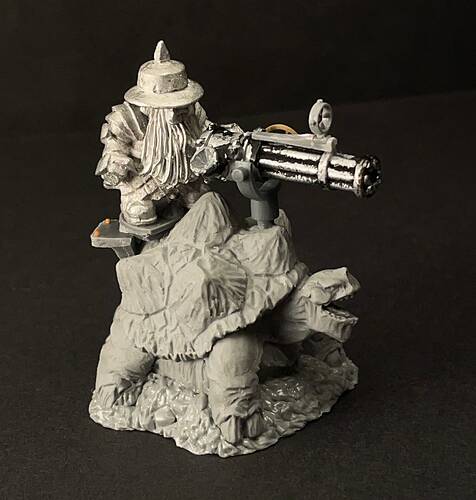 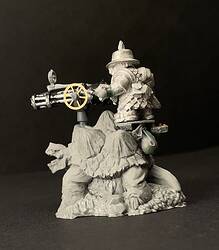 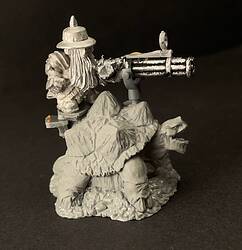 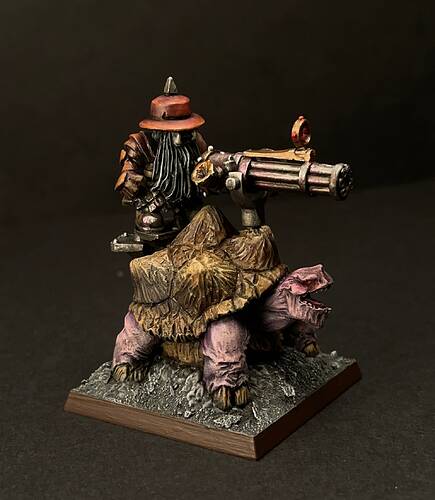 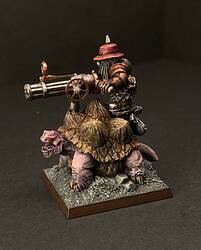 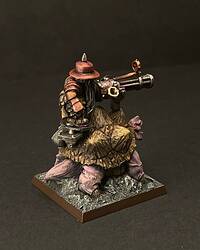