Since our new Infernal Dwarves army book is on the way and will soon be in your hands, we are taking this opportunity to revisit all the already published background texts on those frightful dwarves and their culture. Enjoy reading !

Today, the introduction text on that faction on the Ninth Age’s official portal.
The 9th Age : Fantasy Battles : Infernal Dwarves

Fuelled by the mightiest industries and magics of the world, the Infernal war machine turns its unstoppable wheels within the great citadels of the Blasted Plain. Born in suffering, smoke and cataclysm, a fire burns in the heart of this indomitable people, a flame that fuels a great hunger for glory and a callous cruelty towards all who stand in the way. Slave masters and earth shakers, children of great gods, many have come to know the terrible juggernaut of the Infernal Dwarves.

Separated from their brethren in the trials of the Ages of Ruin, the Eastern Dwarves turned to darker means of survival. Though “Infernal” is used to describe these beings and their cruel nature, the term derives from the disastrous creation of the Inferno - a vortex of fire and magic, the genesis of the Wasteland, and the catalyst of the Ninth Age. Defying the subterranean traditions of old, they now build great stone ziggurats above ground, while their vast, slave-worked mines fuel a technological industry rivalled by few, if any. Their control over much of the trade from the East, combined with devilish weaponry, enables the Infernal Dwarves to stand against the collective loathing of Vetian civilisation. 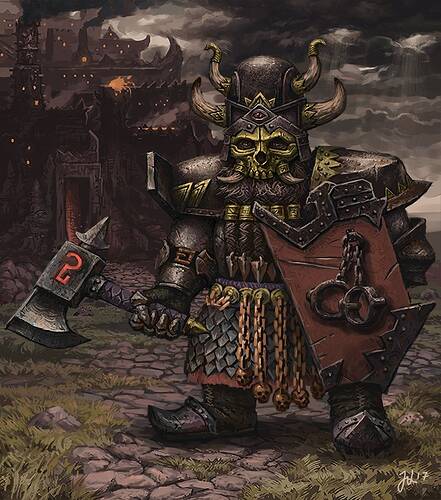 This book is gonna be mint! Love the direction the 9th age is taking our beloved evil dwarfs 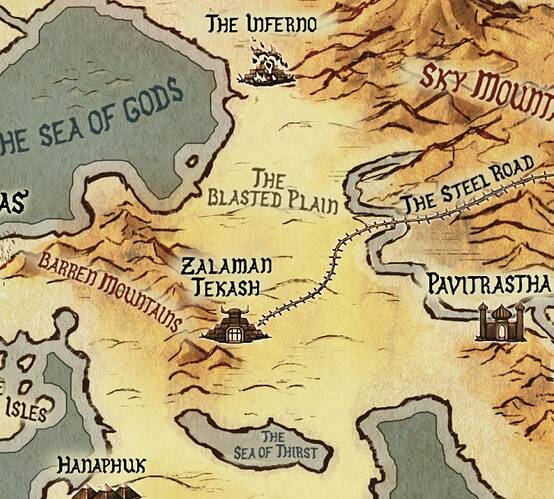 Since our new Infernal Dwarves army book is on the way and will soon be in your hands, we are taking this opportunity to revisit all the already published background texts on those frightful dwarves and their culture. Enjoy reading !

Today, the entry on that faction in the lore section from the Basic Rulebook.
Source : https://www.the-ninth-age.com/community/filebase/index.php?file%2F295

"Of the many marvels I encountered in my voyages, few were so memorable as the Great Steel Road. The construct itself is not what inspired me, though it is like no other road I have seen, consisting simply of two lines of rugged metal that stretch in perfect parallel from horizon to horizon. Rather, it was the engines that navigate this unique thoroughfare. Huge and black they were, fashioned from dark metals into harsh, unnatural shapes, and connected in a long caravan to vast containers filled with innumerable goods, propelled on their unerring path by infernal magics I cannot begin to fathom and trailing black smoke in their wake. The road runs beneath lands controlled by ogre tribes. But I was told that it was constructed not by ogres but by the dwarves of the Blasted Plains, or rather by their slaves.

— From ‘Book of the Terrors of the World’, by Niccolò Solo, famed Arcalean merchant traveler"

Moreover, they also released the Epic of Kibotesh, a poem which is a parody of ancient Mesopotamian myths with lawyer humour as though out of a Donald Duck comic. It’s got some good story twists. The tone is inherently dry since it mimics ancient clay tablets, but don’t let that scare you away from a great read: It goes bonkers some pages in, and lots of people who read it, liked it (including some who did not like any background previously produced by the Ninth Age). Check it out! 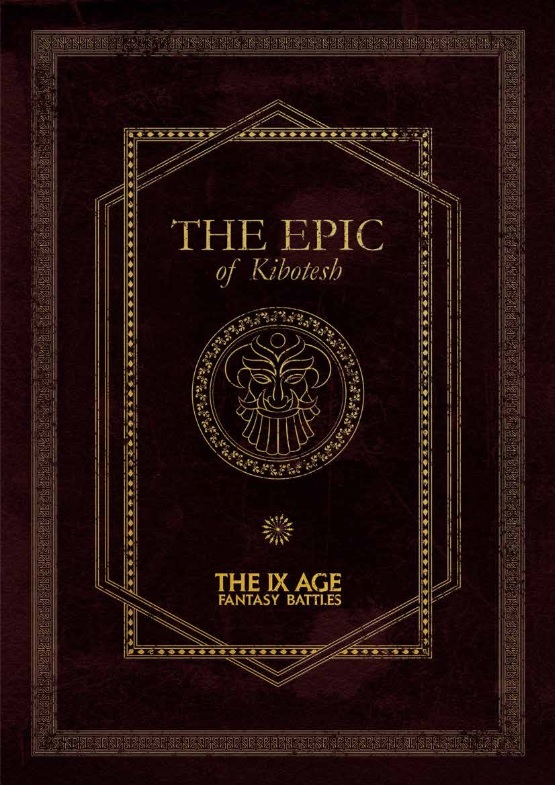 @ashur @Uther.the.unhinged @Fuggit_Khan @MadHatter @GhraskDragh et al: Anyone here interested in ancient Mesopotamia are likely to find this well worth a read, regardless of whether T9A setting as such is interesting to them or not.

Downloaded it, can’t wait to read it…