Testing Big Hat army scheme - and help with a decision

I have, in my collection, a mix of old Big Hats, and Forge World / Lost Kingdom new CD miniatures.

I do not know what to do: base and paint them as a single force, same scheme and terrain, or leave the Big Hats with their oldschool style (green goblin simple bases), while FW/LK is painted in nmm and on lava bases.

Here is the first try for the two different army options. Still wip, but these little guys really motivate me to paint.

What do you say? one or two armies? 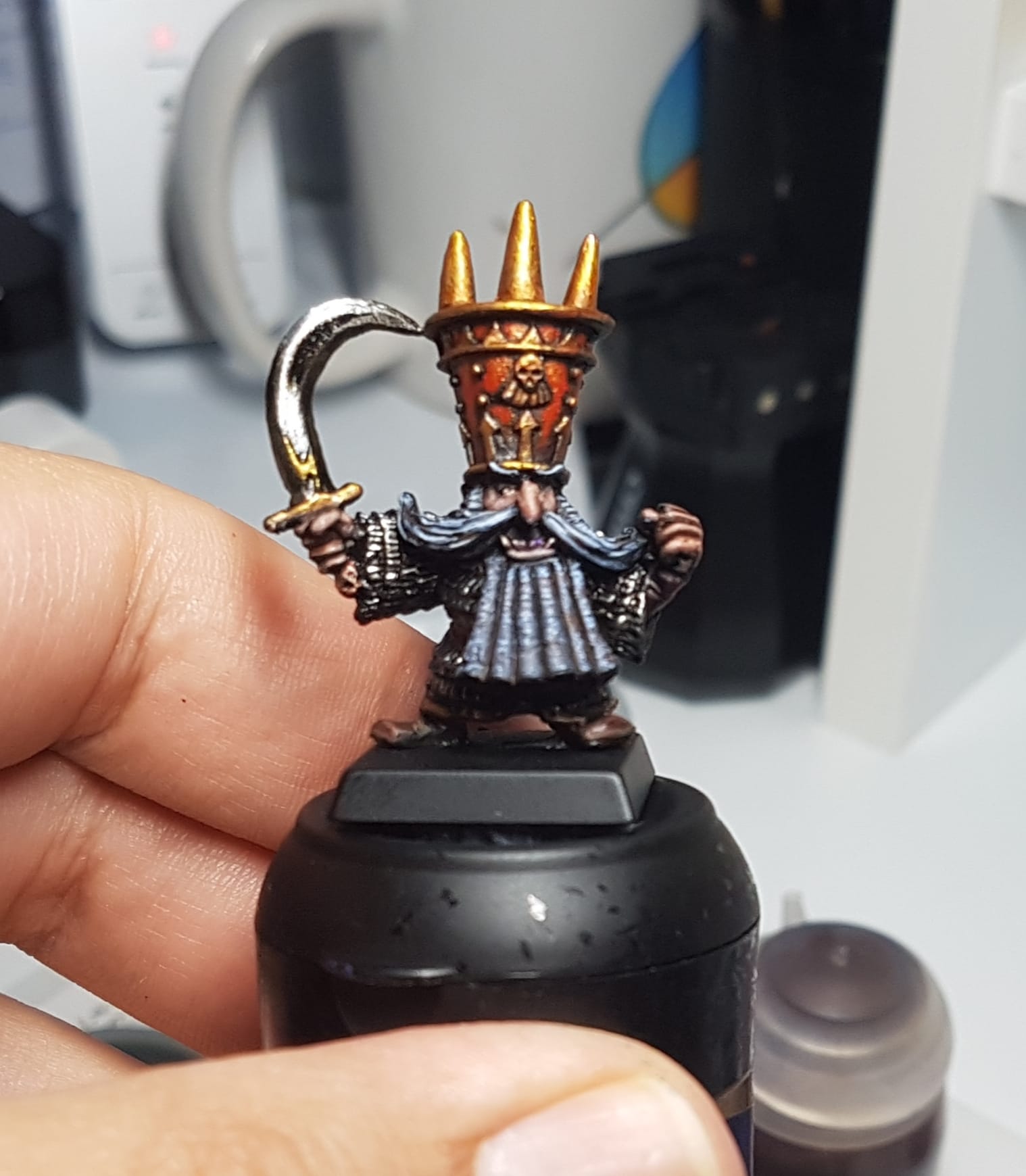 I do not know what to do: base and paint them as a single force, same scheme and terrain, or leave the Big Hats with their oldschool style (green goblin simple bases), while FW/LK is painted in nmm and on lava bases.

Oh my, I remember this, at one point I had just about every Chaos Dwarf mini out there from each creed and trying to decide on painting them all as one/separate ended up giving me hobby headaches to no end

I do not envy you this choice at all

If it helps what I’ve ended up doing is selling a lot of it to fund one big Forgeworld collection which would be my central gaming force (as of now temporarily based for AoS on my Grim Dark thread) but I did keep a little force of the others for painting.

One of the reasons I struggled so much and maybe you are struggling too is that I found some themes and colours that suited the big hats didn’t work for Forgeworld stuff or Marauders, things that worked for the Marauders wouldn’t work for big hats etc so I couldn’t find a theme that I was happy with across all genres.
That being said I really like the colour scheme you’ve gone for there, the silver mail and red hat is a great look and that’s a lovely gold you’ve got to go with it too, I can imagine it working well in Forgeworld minis too… D’oh!

PS my big hats will have Goblin Green bases all the way!!

Yes, I do totally empathize with you…

I have the very same feeling.

I’m going to give this scheme a try on FW models, and see what happens. Although I love the idea of a nmm - lava based army (maybe its far from my painting ability), so I will try that too.

Superb, I love the flash of colour on the hat, something similar to what I am doing with my big hats.

I say one grand army/scheme!

I think it.would look great on the FW stuff, can’t wait to check it out

Love the paint scheme!
You could always base them the same but different painting thought same style/tone and have them being from rival factions/houses?

That way they could be either.

Id definitely base them the same. They can be from diffent cities and tribes. The marauder guys thinking the big hat guys are rediculous, but its just their way. Compensating for something somewhere i feel!
Thats a lovely hat you painted on that model, one of the best schemes i seen.

A really good start, and a great looking scheme thus far. My advice is to use a uniform palette, but scheme as needed either subtly (for similar models), or drastically across units to fit the models. They will work cohesively in an army as long as the overall army color scheme carries across the army. You can even consider doing different units in contrasting colors. Will still look cohesive as long as it plays into the overall scheme. Sometimes this does more to unify drastically different unit types than a single paint scheme carried across ALL models would, especially where the design doesn’t directly correspond. Cheers

Thanks to all for your comments. 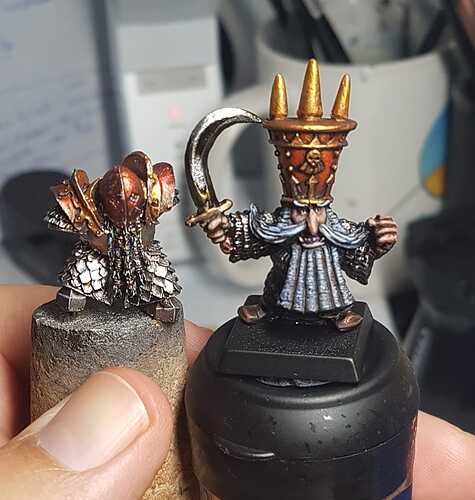 Here I bring you a little wip on a FW one. It is so difficult taking pics to metallic miniatures. Truth is I do not like helmeted warriors that much, I prefer the opened helmets ones, but I have some of them and they will be painted. I will work on weapons and then I have to think of a base theme. I think I will paint them in this scheme, if I like it in a Russian Alternative/Lost Kingdom warrior too. So I will have two armies in a simmilar scheme (Big Hats oldschool force/RA-FW-LK modern force).

Any ideas for basing them?

Thanks GhraskDragh … I’m a very doubtful person in matters of hobby, right now I’m thinking of trying a cold blueish scheme, with weathering…

New test, as I said. Nmm is very harsh and quick, I should make it better. 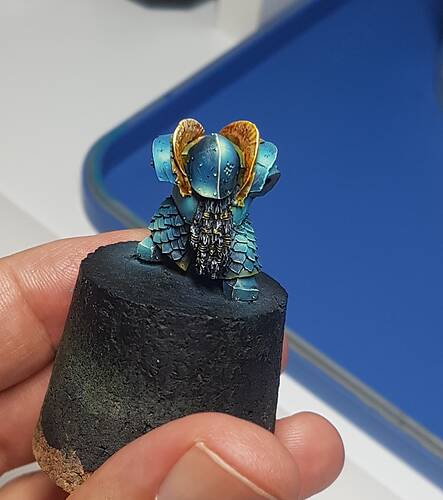 Looks amazing for a quick model. I like the scheme, and it offsets the red nicely.

I’m a huge fan of the Big Hats - my own army uses bronze armour. I love how you’ve handled the steel scales here.