I recently attended a small tournament of Warhammer 6th edition. It was a small, single day event with three matches in total. The difference in victory points after each battle was converted to tournament points where both players fought over the same 20 points

It was held in Sundsvall, Sweden, about 2,5 hours drive from where I live. Originally, there were five of us intending to go, but our numbers dwindled as the time of the tournament approached, and in the end only two of us went. The tournament suffered further drop outs even on the morning of the games as several people called in sick. In the end only 8 players could make it. No matter, that’s more than enough for a pleasant day of competetive gaming.

My first opponent played a Blood Dragon army. He messed up his deployment somewhat leaving his Vampire Count out of the action for most of the game. For my part, everything worked perfectly. I got the exact spells I was hoping for, my artillery dudn’t misfire, my traps set with mavouvering worked like clockwork, and the dice were on my side. In the end, I tabled him, destroying every model in his army with my Bullcentaur Lord killing his Vampire Counts in a challenge on the last turn. I only suffered minor losses and claimed a massacre with 20-0 points. My opponent was very nice and took the loss with admirable calm. Sometimes things just don’t work out, and that’s ok.

My second match was against the Army of Sylvania. I had never faced this army before and didn’t know much about it. I had heard of grave markers but never learnt what they were. Now I know. For those of you not knowing, a grave marker is a marker placed on the battlefield before deployment but after choosing sides. It then acts as a bound spell containing the spell Invocation of Nehek, which it casts automaticly at level 2 every turn, with a power level of 7. They don’t just summon regular zombies of skeletons though, but rather fully equiped versions of these troops carrying things like halberds. He had three of these markers, plus a level 3 vampire lord. The battlefield was quickly covered in zombies as his unstoppable magic phase thundered on. My magics were largely ineffectual. An embarassing failed fear test where my bullcentaurs led by my Bullcentaur Lord quivered before the might of 5 dire wolves had them pretty much rendered impotent for the rest of the game. In the end, I failed to cause much damage to him and only managed to scrape together a result of 3-17 thanks to my bullcentaurs surviving the game. While my opponent was by no means rude, it was clear he was of the more competetive side of things. His movement phase consisted of a bit too much pre-measuring as he pondered where to move his troops, and his newly summoned units all consisted of generic zombies even when representing other unit types. To his credit, he stopped the pre-measuring after he noticed my mutterings. All in all an interesting game. I will say that I think the Sylvanian rules make for an unbalanced list.

My third game was against a Strigoi army commanded by my mate from Gävle. We rarely play each other at home though, so this was no problem. His army contained tons of cheap chaff units, with 2x5 dire wolves, 2x3 fell bats and 2x5 ghouls. Due to this, I basicly deployed blindly. His flyers became the bane of my warmachines, though not before I managed to take a few pot shots at his units. The game was goung somewhatvwell, with my earthshaker slowing his advance and allowing my bull centaurs to get the charge on his black knights. I don’t thinknI need to tell you how that ended. Lots of strength 6 attacks, hitting on 3+ and only allowing a 5+ save. The black knights were doomed… or should have been. They all survived after an epic showing of saving throws, and despite their lack of lance bonuses having been charged, they hit every attack and rolled a 6 with each to wound roll, cutting down every single bull centaur. The game swayed strongly in my opponent’s favour, but it wasn’t over yet. Sensing victory, he pushed forward towards my main warrior block of chaos dwarfs with his main block of skeletons containing both his Strigoi vampires. Ny blunderbuses were still on the board however, and with an thunderous boom they opened fire on the advancing undead. All but 3 of the skeletons perished. But against Vampire Counts, a single surviving skeleton is enough, and after a very successful magic phase they were all back to their feet, with even more bodies than before. Against such odds, even dwarven hardiness isn’t strong enough and he claimed another big chunk of victory points. My opponent got blinded by the events in the centre of the board, however, and sensing the flow of the game earlier I set out to capture table quarters instead. Thanks to this, I managed to equalize to score to a mere 97 victory points to his favour, a clear draw earning us a tournament score of 10-10.

A very fun tournament, where I ended up in 4th place. Going for a bullcentaur lord rather than a sorcerer was a bit of a challenge, and while the magic phases felt a bit tough the fast, fighty lord was much more fun to play than just throwing out more spells. I’ll definitely try using him again.

Having a large unit of bullcentaurs was also pretty great, despite the fact that they underperformed in two games due to bad luck. My previous experience with a smaller unit taught me that with just 4+ save against shooting, too few actually end up reaching the enemy lines. A few extra bodies is all they need as when they hit home, they do so as hard as the best heavy cavalry in the game.

Skipping banners on my hobgoblin units also felt like a good choice. They effectively double the victory points each unit us worth, making them anything but expendable. 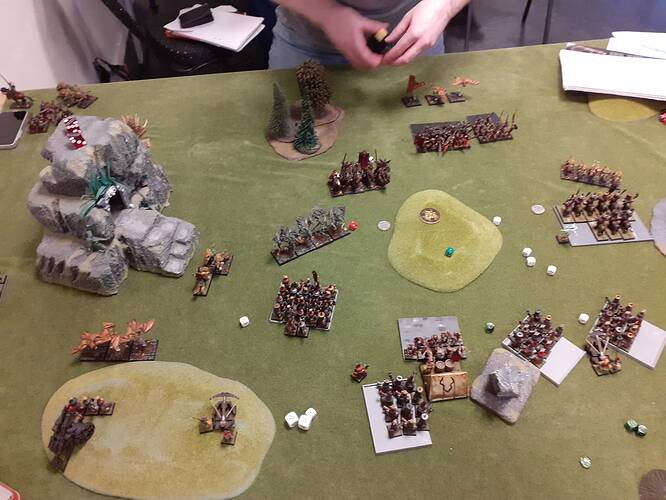 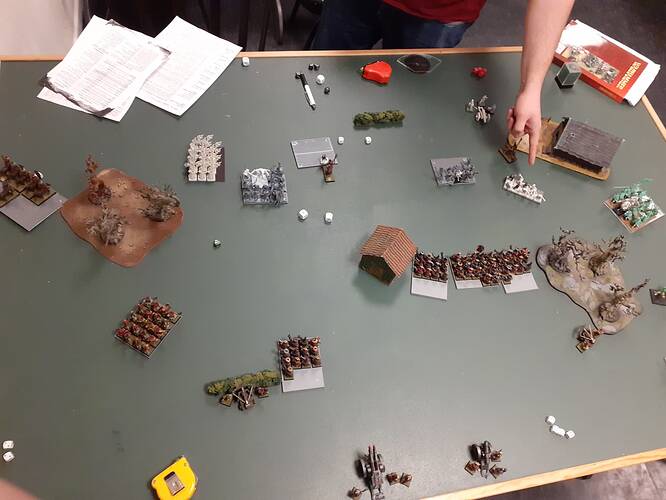 Great report, sounds like you were a bit unlucky with the centaurs at one point. Is your army mostly fabelzels?

You should add an army shot at the end of u have one : )

Thanks for the report, good stuff. Seems like you ran the gamut of experiences here in just three games

Sounds like a lot of fun, glad you had a good time and thanks for the write-up.

Everything except the warmachines and a single classic plastic chaos dwarf is Fabelzels, with some modifications here and there. I have a little army log here on the forum in the showcase section.

Loved reading through they write up