Romans VS Tomb Kings is something I didn’t know I wanted. So flipping cool! Did you say this was Kings of War?

@rollforwounds
This was played using a little known system, that I’m evangelically obsessed with, called Warlords of Erehwon (WoE)

Warlords of Erehwon by Rick Priestley [image] I have seen some lovely write ups of various fantasy games which your chaos dwarf miniatures can be used in. Since the dawning of the age of Sigmar, the once very united community have been separated into various camps be they AOS, 8th ed, 9th age, or KOW. The one of coolest things about CDO is that we embrace and celebrate one another’s hobby and do not fall into the infighting and bickering that other areas of fandom have about “the best system…

Okay, I’m sold, as it’s made by one me heroes, Rick, and uses D10. Also I have heard good things about the system it uses as base.

Where can one purhace it and how many souls of unborn it does cost? 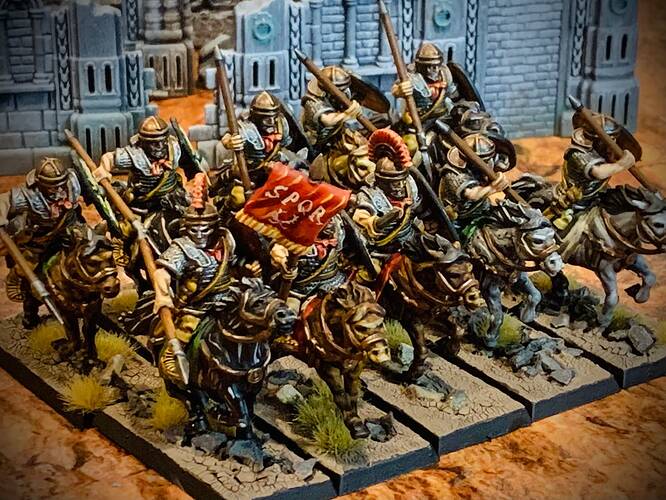 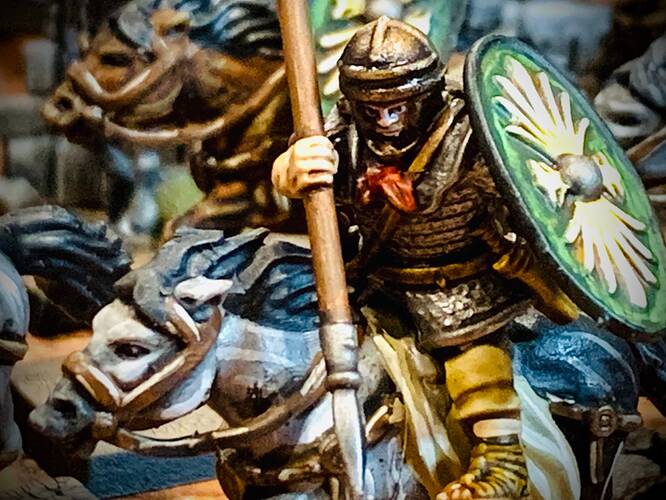 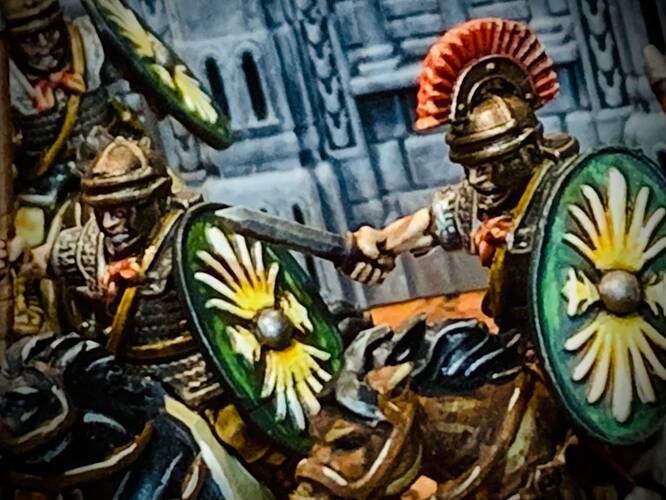 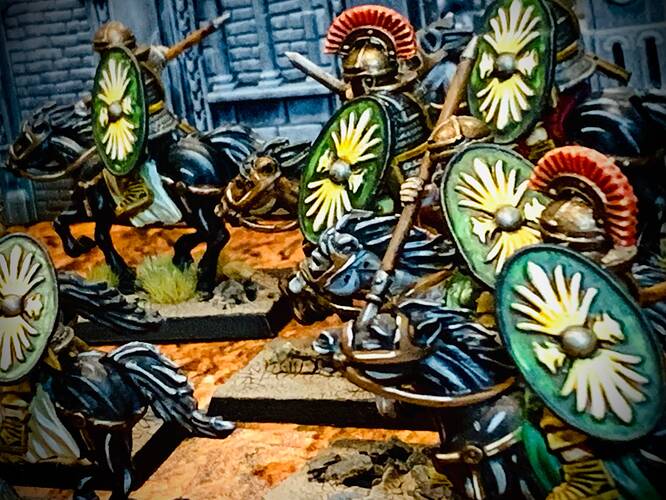 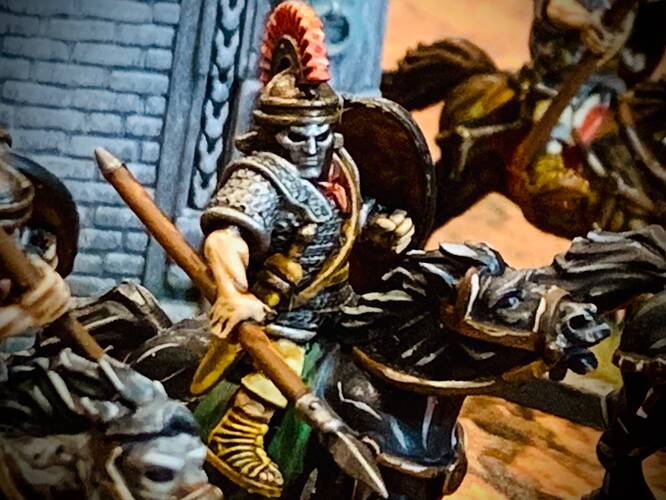 I like your Romans, they are great painted too 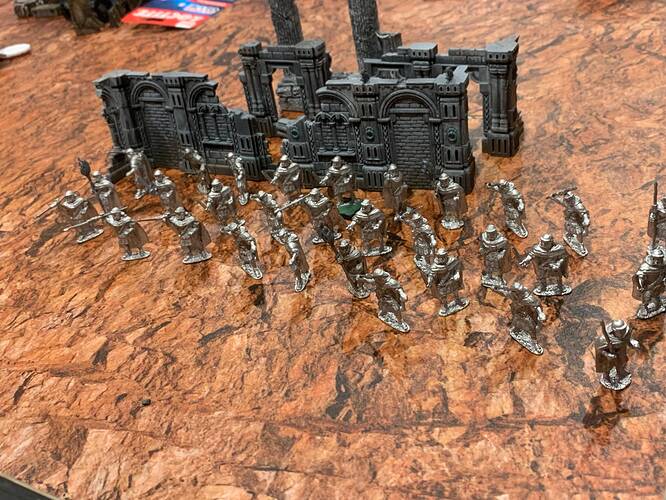 In my mission to battle the grey I dug out 30 more troops. Bought these to be auxilla but with the right shields they’ll be legionaries. (Mail was definitely used by legionaries even if we think of Lorica Segmentata when we think of them)

The minis are cool and I’ve printed suitable shields for them. I didn’t have enough pila to go around so some have been given torches instead. Bit cinematic - should be fun to paint. 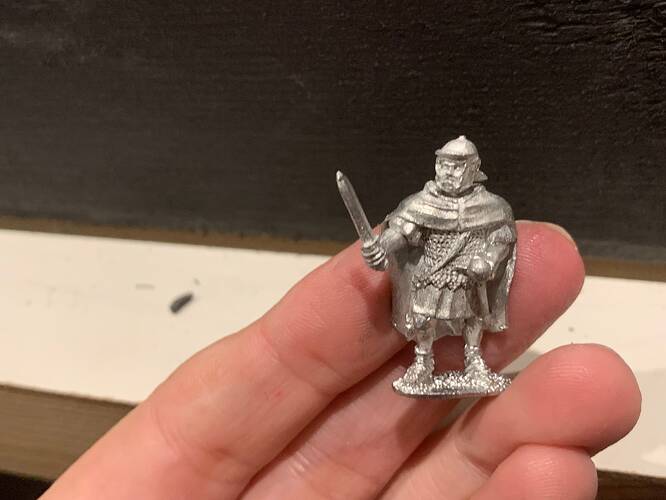 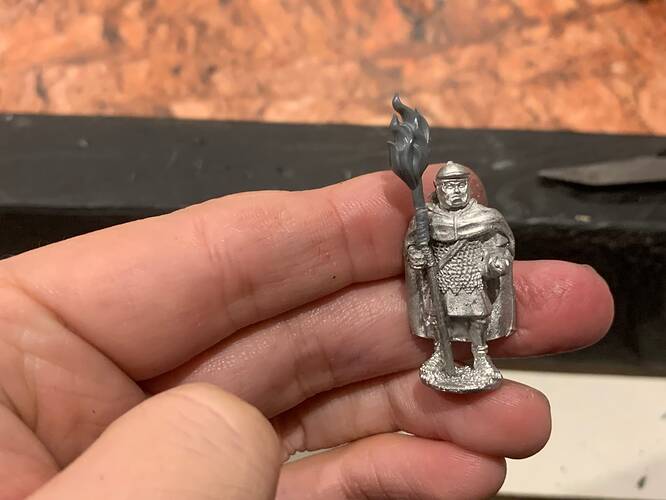 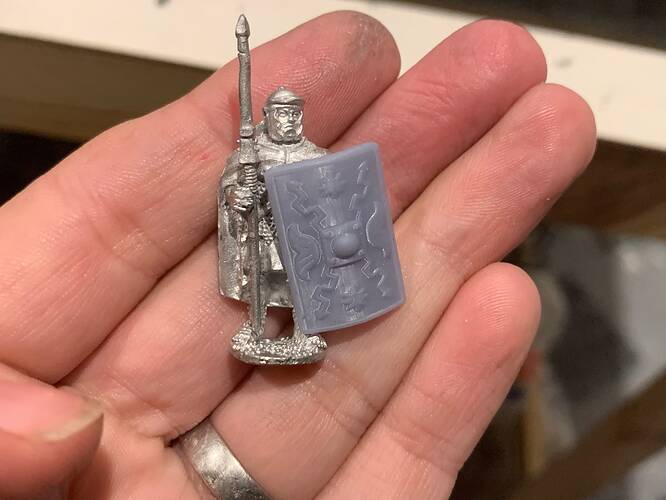 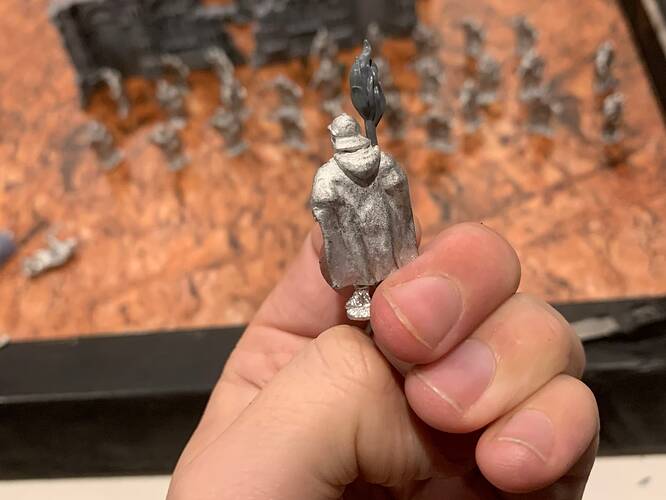 Now these guys have cloaks. The question I’m currently pondering is how to paint these cloaks. Two main depictions I’ve seen are brown: 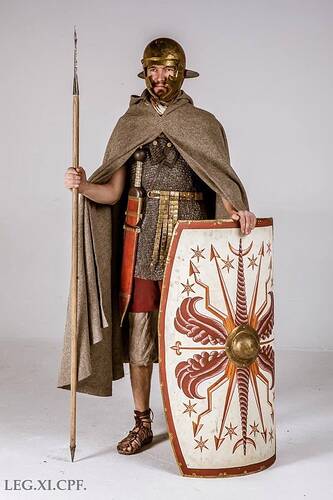 image800×1200 116 KB
Which I imagine is more practical and probably realistic. 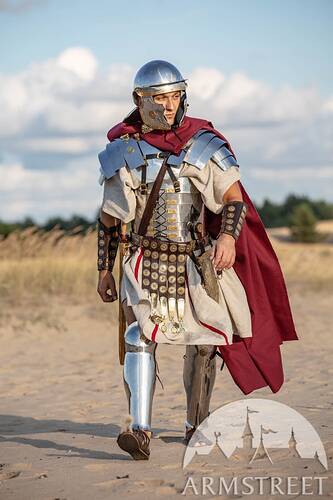 Which is definitely more Hollywood but does just scream “Roman”.

On the fence about this one.

@chitzkoi , @Antenor @Admiral and any other antiquity interested parties: what do you reckon? Open to ideas and suggestions on this one.

I’m not aware of any ‘standard issue’ capes but I’m also no expert on EIRs, so please correct me if I’m wrong. I like the more gritty look of earth tones (in the end this cape was meant for protecting against bad weather and perhaps for scouting) but if you prefer the ‘Hollywood red’, absolutely go for it. Since we don’t even know if legionaries exclusively wore red tunics (ignoring Vegetius here), I think either colour is fine - although I presume that the tunics were a lot more bleached out from long campaigns than Hollywood films portray.

Why not do a mixture of the two? Washed out red cloaks covered at the bottoms in mud

Yeah the problem is is that any historical artefacts of that nature just haven’t lasted the millennia to be properly seen. And standard issue just wasn’t a thing like we understand it today. Like they were probably some of the most standardised soldiers in Europe at the time but it wasn’t like factory made uniforms or anything like that.

My reading suggests raw cloth and simple colours are definitely more likely to be the realistic choice.

Dyed cloth would be pricier and even prohibitively expensive depending on colour and agreed - this is supposed to be something to protect you from weather and dirt, not something to look pretty in.

If I go brown cloaks, I’ll make sure the shields are suitably red to still give that classic Roman “feel”

Where are your boys serving?

Your legionaries thus far definitely have a lot of splendor to them in my opinion.

So in my opinion, you have two options.

Make them more rugged, chainmail frontiersmen with a visually distinctive look from the others, more weathered and dirty. In which case the brown rugged cloth is best.

Or spiff them up so they look like they’ve had the benefit that your other brighter units have, with nice ref capes.

Perhaps give the rank and file the natural fabric and reserve the more expensive red cloaks for the officers? I have no idea whether there’s any historical basis for it but it seems like the sort of thing you might splash out on if you have a higher salary.

I suppose there might be concerns about the enemy easily picking out the officers, but they wear those enormous bloody crested helmets I think so maybe they weren’t that bothered.

I think during this time period, making yourself an easy target wasn’t such an issue as it was/is during the age of the gun. If anything, I imagine officers/generals during this time would probably want to be seen so as to better inspire their troops.

Where are your boys serving?

Serving in the rich east, you would have the best chances of seeing dyed cloaks here. Including red (a bit brownish, but still red), which was a most common colour due to cheap and widely available sources, but nowhere universal. You would also expect green and yellow dyes to be rather common, though perhaps not as treasured as red dyes by soldiers due to the Martial associations of red.

But cheap brown, gray or beige/linen and undyed wool cloaks are more likely to have been the most common, regardless of serving area. And perhaps the odd one made from animal skin, meaning a chance to paint animal hide patterning such as that of deer or even exotic large cats. With dyed and perhaps even embroidered or patterned ones for officers and individual soldiers who splashed out on something more ostentatious. And of course exotic silks for those with the finest salaries or best loot.

Think of the cloaks as Roman shield covers made from animal skin: When on the march, the shields would usually be protected from the elements with skin covers in earthy tones, only for the colourful and ornately detailed shields to be revealed when marching into battle. Cloaks would probably be cheap and undyed for most legionnaires and auxilliaries, all about practicality and protecting the rest of their polished gear and bedecked persons from the elements.

You could even go a different route, and mix colours, maybe add a dusting and dirt layer to their cloak bottoms as suggested by @Zoddtheimmortal . And weave in personal stories of serving in faraway regions. As such, you could have a few legionnaires with Gallic tartan coloured cloaks, some others with Persian patterns, some others with Iberian or typical Greek patterns along the bottom of the cloak and so on. Perhaps even cloaks made from captured enemy robes or banners.

If you go down this suggested route, then you may want to trawl through a lot of historical illustrations of ancient warriors and peoples, primarily by Angus McBride and Giuseppe Rava but not limited to them. AEMILIANVS on Deviantart have a few examples close enough to the high Imperial period to be of interest as well. And check out various tomb mural paintings that survived the ages to tell us about daily garb and sunday best finery (such as Etruscan tombs, even if it’s not strictly the right period), as well as Greek vases showcasing various people in their distinctive garb. And check out reconstructions of painted statues, for hints of various cloth colours and patterns.

One thing is for sure: As @Eisenhans has discovered with a vengeance, painting simple patterns on cloth can be a great way to make a model stand out.

But if you’re out for a uniform look, then brown or red will serve you well.

Also, love the undead Egyptians versus fantasy Romans battle! That’s the kind of thing I’ve always wanted to see. (I’ve also also long wanted to see a starter kit of Assyrian Chaos Dwarfs versus Egyptian Tomb Kings, but that’s another story.) And great conversions and paintjobs as ever.

Late to the party, and everything useful has been said

Personally, I would be really intrigued to see some down-to-earth campaign cloaks without fancy dyes. There are so many crimson Romans on gaming tables and in video games, it would make for a nice bit of variation. Whatever you go for, I’m looking forward to the result!

Romans versus beastmen. The Romans were victorious. Slaying the giant rhino with a very lucky thrown spear saved an entire flank and essentially won us the battle! Great game! 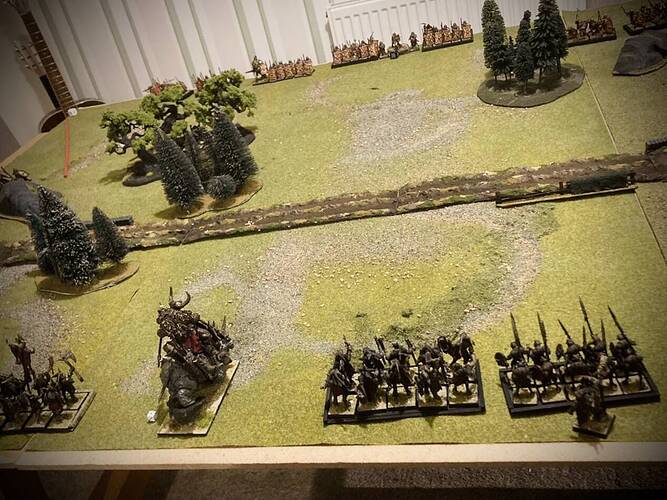 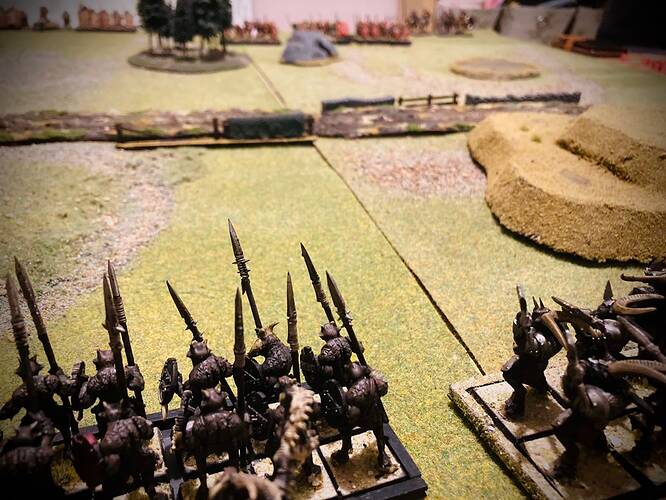 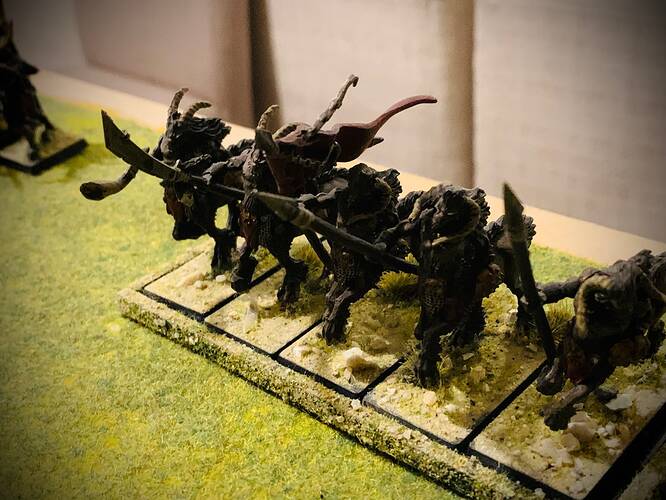 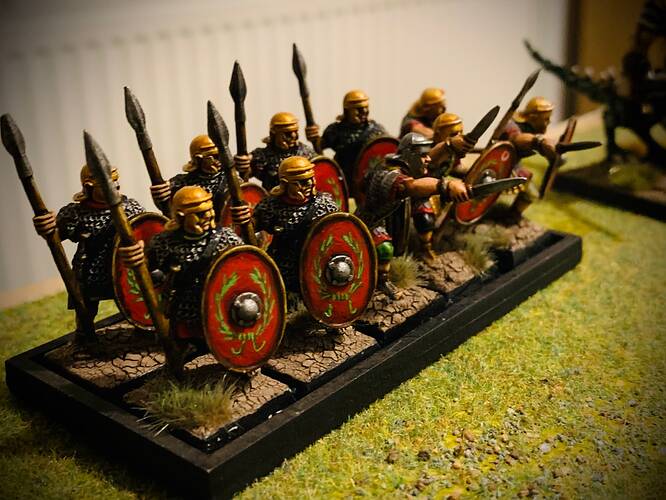 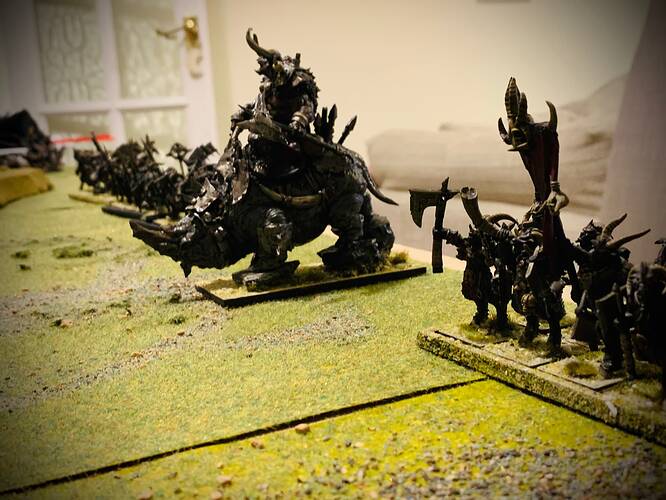 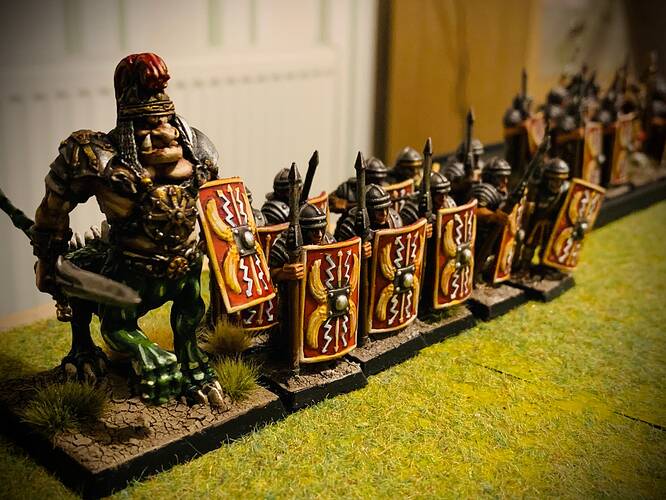 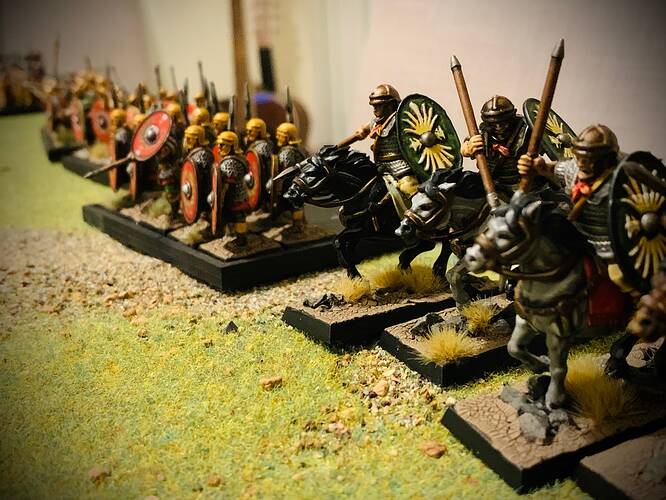 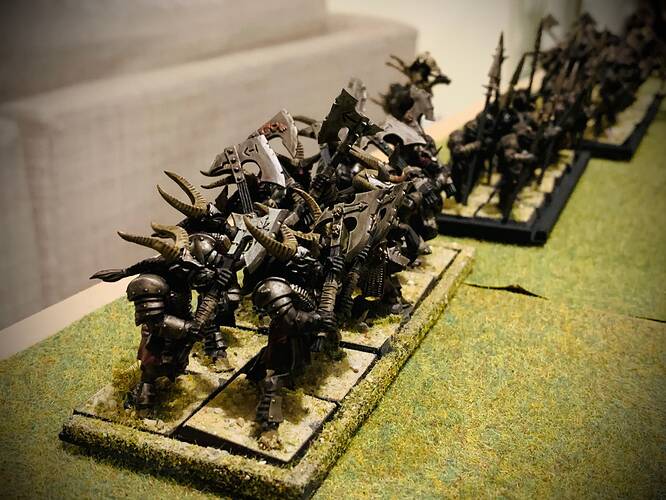 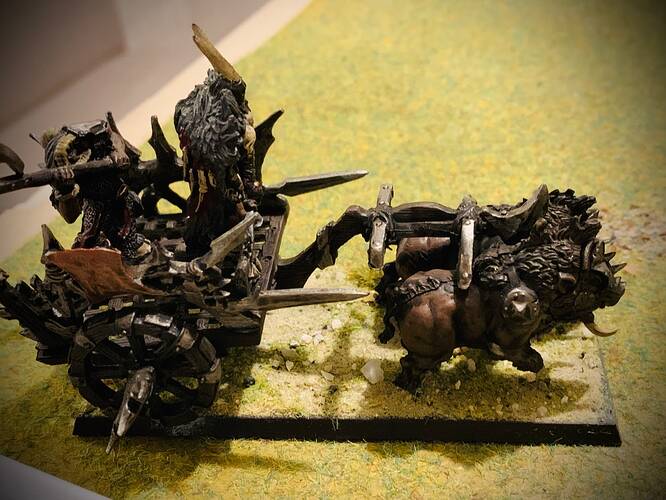 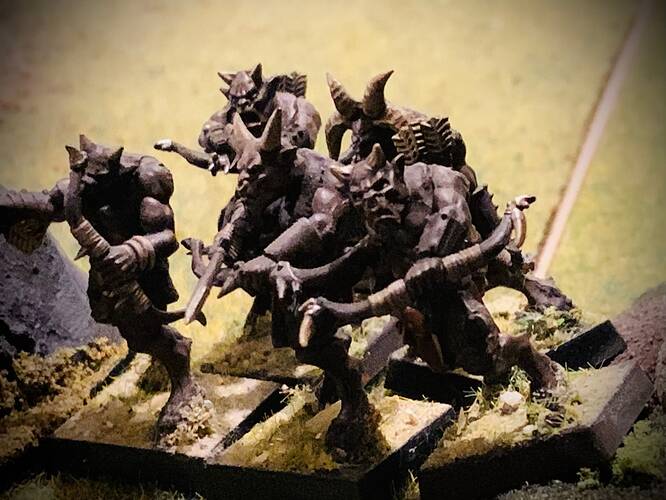 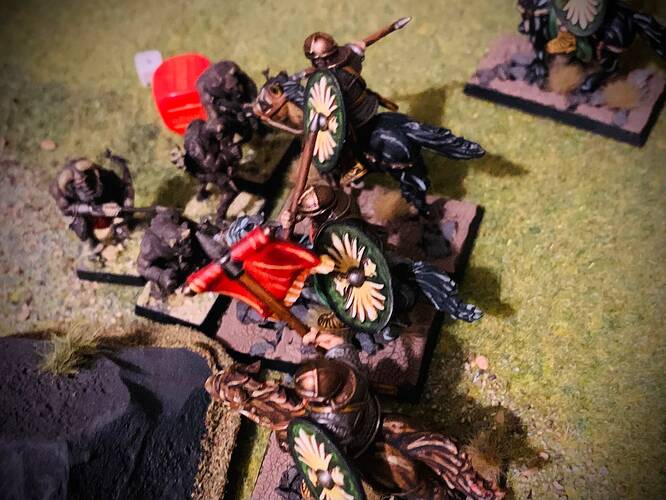 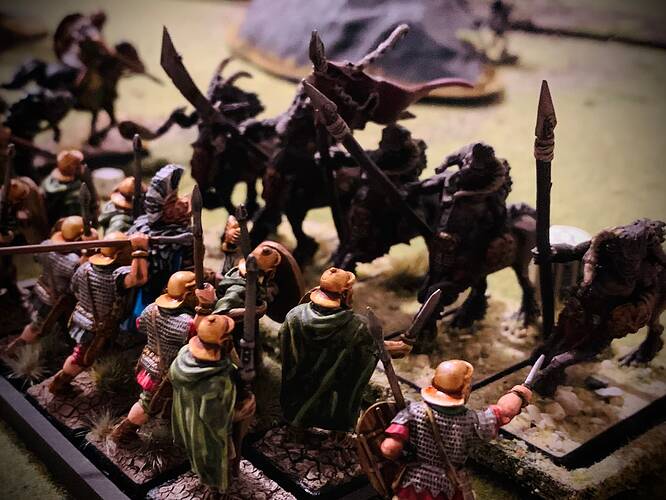 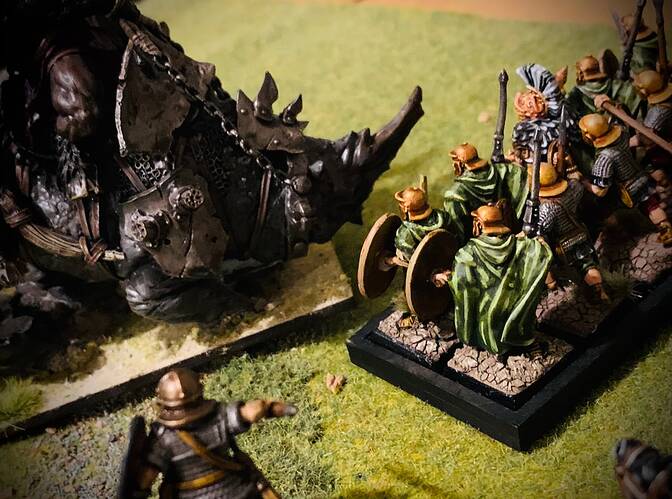 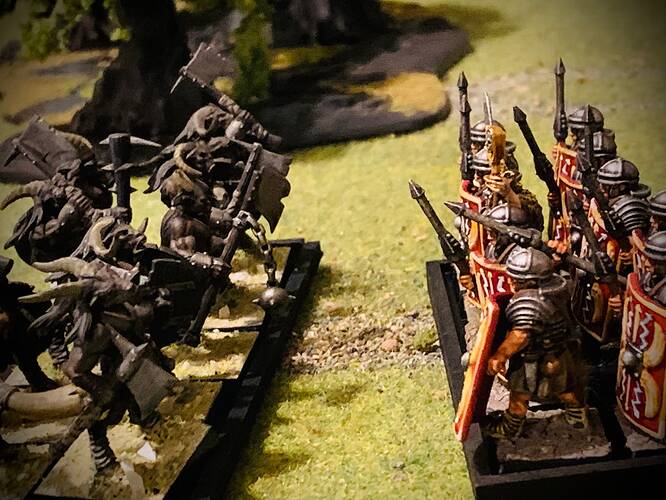 He is absolute favourite

Looks like a great battle, great idea for a system too

Looks like you guys had a lot of fun.

The armies both look great, I’m especially interested in the giant rhino.

Can you please tell me what kind of model it is and from which manufacturer?