Either for lesser or greater? I can’t decide on what to proxy as I don’t like anything I’ve seen I want to keep it Assyrian style to match the original line. I like war games foundry’s brass bull but it’s probably only no bigger than a bull centaur so maybe I’d use them for lesser. But I’m looking for something the same style but bigger. Anyone know any thing close? This is the one that I found that I like most from Lost Kingdom miniatures: 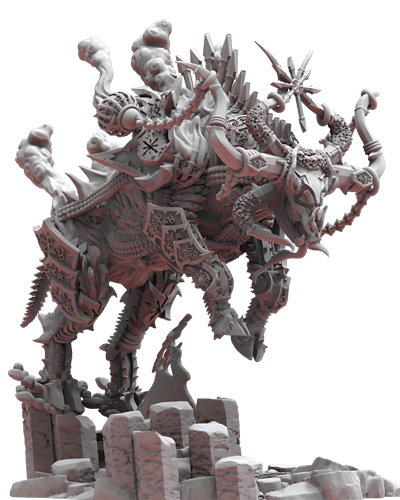 Do you know the dimensions?

It is supposed to be the Destroyer, so rather big.

If a brass bull is your intended design, so very low to the ground, I’d also consider it too… phantastic.

There is a brass bull from Crocodile Games, but only one again.

Here are a couple of pics showing the Destroyers size beside LK Arquebusiers and dimensions below(estimates as I wasn’t getting exacts because of all the gribbles and it wasn’t flush with the table). 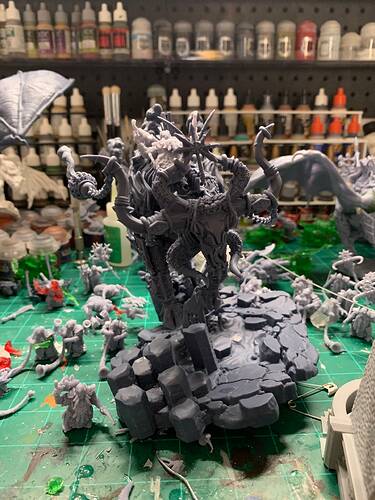 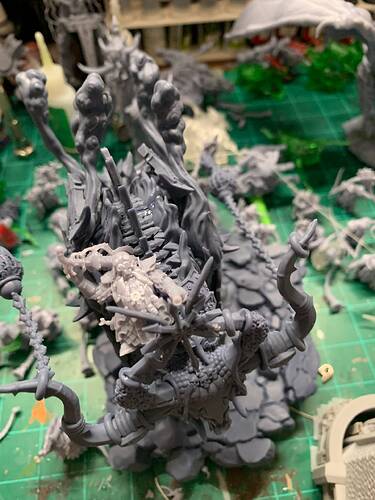 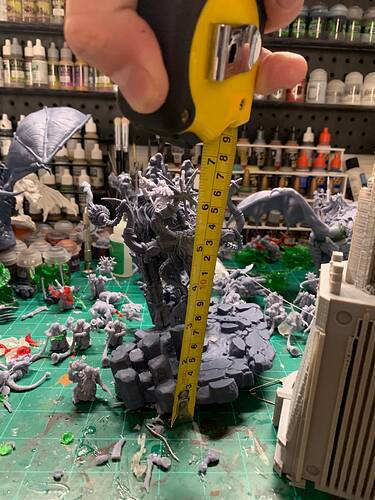 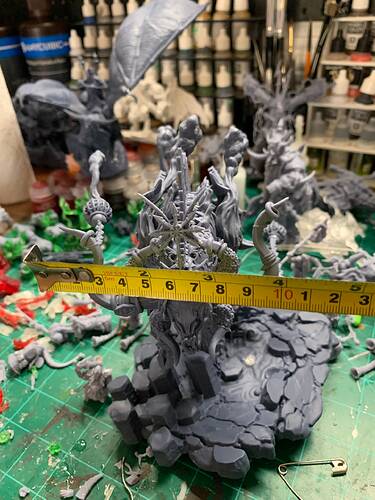 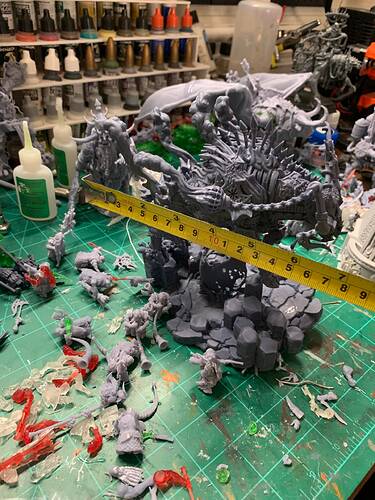 I’m doing mine without the huge base.

I have seen people use GW’s Forgefiend https://www.games-workshop.com/en-US/Chaos-Space-Marines-Forgefiend-2019 for the K’daai Destroyer, and why not? There is not a lot to go on, since there has never been an official model, as far as I’m aware (?).

There has, but it was never released. See the wikis for photos of it from some convention/exposition.
(It was no big loss anyway, IMO.)

Overall there are several established takes on what models to use or convert. Alternative manufacturers like Russian Alternative and Titan Forge have some (LK already been discussed), conversions from GW 40k Daemon engines are an option, and I personally am a fan of the (ogre) Stonehorn conversion and will be going for one.

Just image searching for a model there were no official release of gives you plenty of ideas already.

In the Tamurkhan rulebook it says that there is no official model for the K’Daai Destroyer.

I mean this thing: 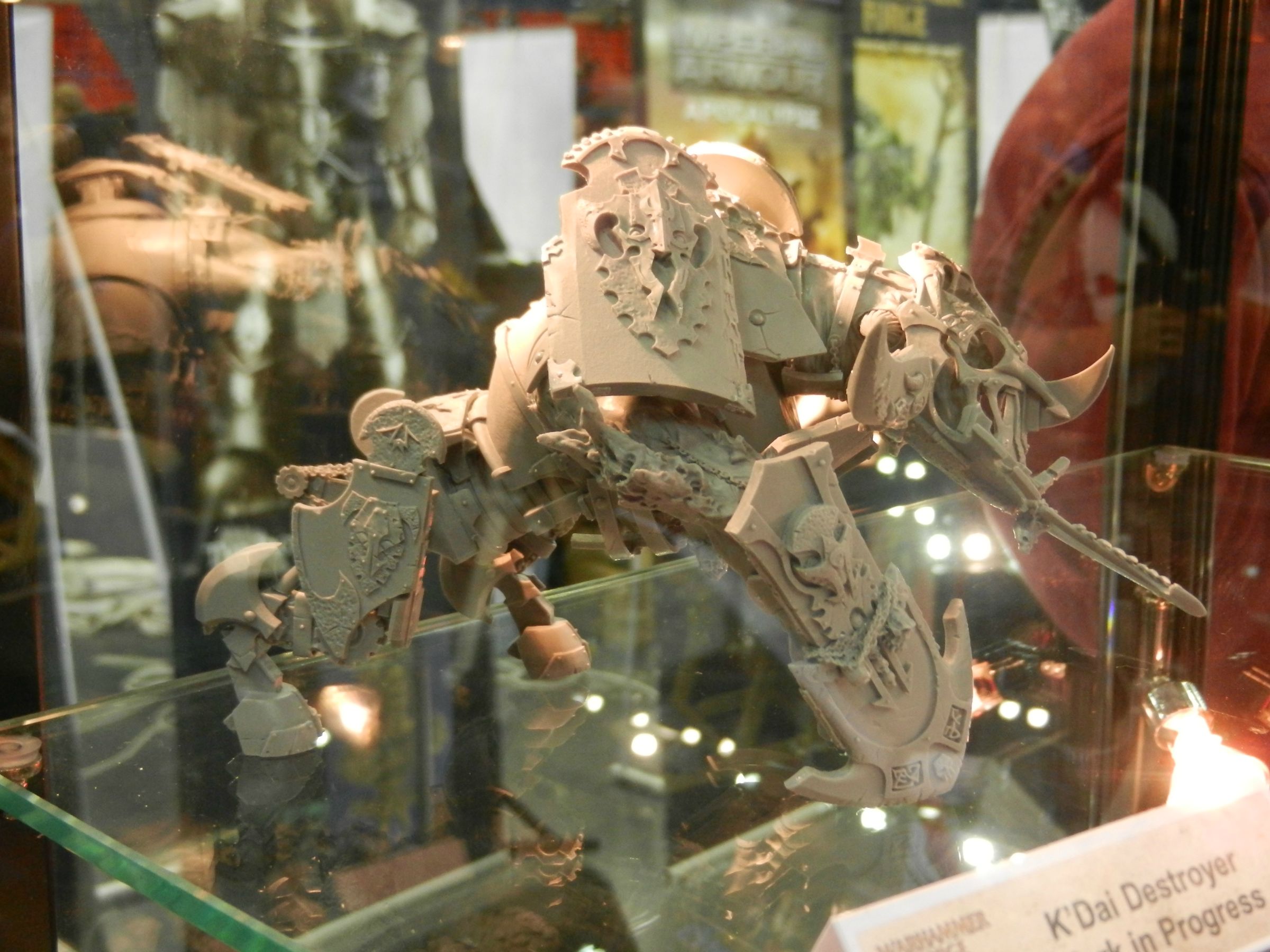 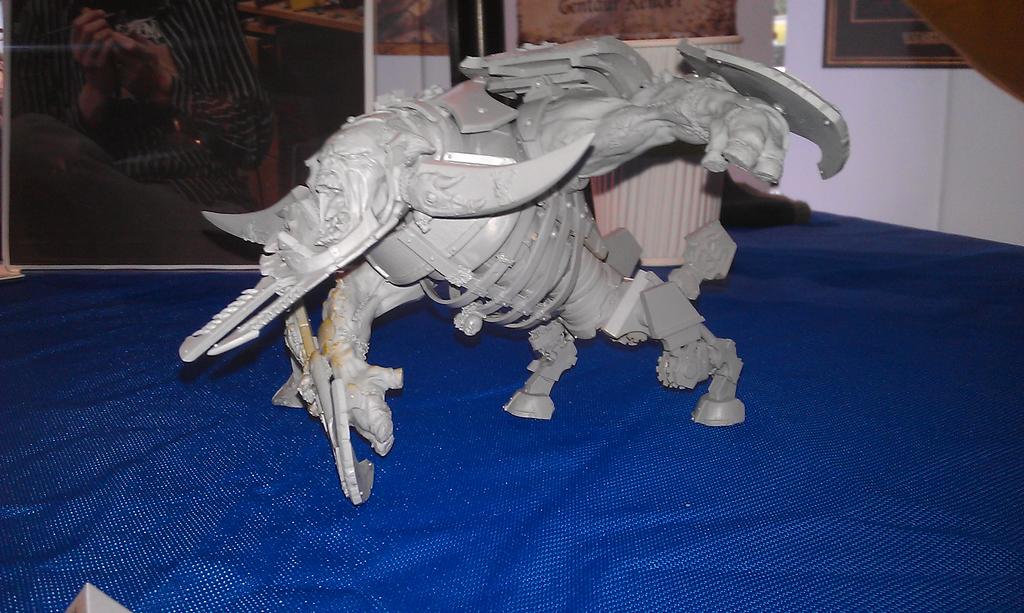 I could imagine it was not getting finished or entirely scraped before the book released, so they added the box about its supposed base size.

Maybe this thread is also worthwhile:

No formatter is installed for the format deleted

Yeah that’s the model that was to be, it looks like the art work too.