Adventures of chaotic dwarves in Warcraft

Darbakh scraped the wet innards of the Thalassian elf he’d just slain from his warhammer onto the spindly being’s own corpse, taking his time as he wordlessly wiped the guts away. The blood elf still twitched like a squashed bug, groaning and staring at the finely carved ceiling as half of its torso laid open.

Forming a semi-circle around him were six surviving Blackrock orcs, all of them kneeling and bowing their heads. Battered and bruised, they were surrounded by an audience of corpses strewn across the gore-stained floors of the grotto - mostly red-draped elves, others orcs from other clans or who’d refused to change sides. Most of the floor-to-ceiling pillars bore empty torch sconces, fading into the darkness as dim light shed near the aftermath of the subterranean battle matched the semi-circle of survivors. One of them coughed, its voice echoing long and deep into the darkness over unseen piles of elf corpses leading back to the entrance.

Without acknowledging the defectors, Darbakh hefted his hammer and walked over to the throne. The aesthetic of this realm bore so many similarities to the World-That-Was…a world he could only see in his dreams, yet which felt so familiar. What he knew from his senses, from what he could detect in front of him, was a grotto long ago carved from the very planet itself by the hands of Dark Iron dwarves and abandoned for reasons unknown, for no records were left behind. Now, it would return to his clan.

With the elven invaders dead by his hand and their orcish collaborators either converted to his cause or executed, he stepped over the cowering Flamewaker slithering near his feet and sat atop the throne. He lacked the resources to hold such a location on his own, and his elders would surely take command of it. For those brief moments, however, with his henchmen bowing and his enemies laying dead, he sat atop that throne and felt like a king. 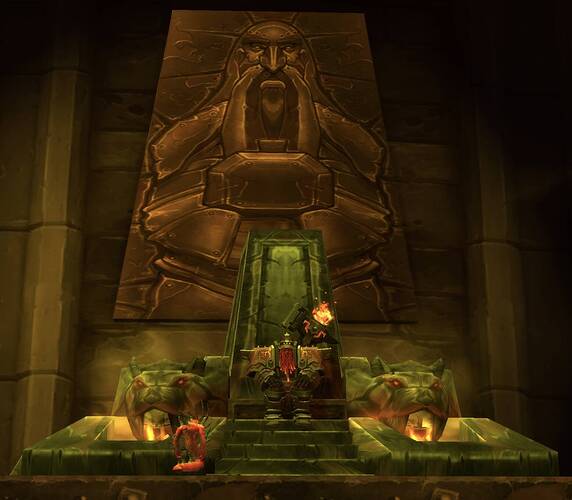 Mandatory soundtrack which should be on a loop.

Darbakh measured his breathing as he gazed over the last mountain ridge marking the boundary between the Burning Steppes and the Kingdom of Stormwind. Blood from a dozen different bodies belonging to a dozen different races dripped from his war hammer, pattering on the ground in unison with his exhalations. Claiming that ridge as a resting spot had proven to be as arduous a battle as the journey across the steppes.

Gone were the goblins he’d gang pressed into service.

Gone were the demonic flamekin his family had raised as cannon fodder.

Gone was the golem carved as a trusty sentry.

Gone were the orcish mercenaries he’d hired while passing in the shadow of Blackrock Mountain.

The miserable band he’d dragged along with him had all fallen to take that ridge. The elves of Quel’thalas had fought hard to prevent his advance, fighting for their lives once he pushed into melee range and broke their ranks. Their own orcs tumbled to their deaths below when panicking and fleeing, their goblins as well as his had all slain each other in confusion, and the elves even tried to negotiate with him in the end. But, with all of them gone, Darbakh was alone.

Alone. The word was fitting.

His people’s future was unclear. All of the world was his enemy, even the Firelord which had once saved his people. The tenuous peace between his clan and their northern cousins had been coerced, and he’d certainly slain more humans than he had any other species. The Alliance would never truly accept the Dark Iron clan; refusal of their peace would lead to open conflict; and their clan no longer had a reliable patron in the Firelands.

Why worry? His people’s stout, dour nature was forged in conflict just as their armor was forged in infernal flames. A Dark Iron dwarf had no true allies; nothing in their lives had truly changed. The western ridges marked a land ripe for plunder and exploitation, now as it always had.

Hefting his hammer over his shoulder, he pulled his mount by the reins and began to descend the ridge toward the bizarre, tree-dotted landscape to the west of the mountain range. He was alone, bereft of allies, and there was no other way he’d rather be.

A theme which Warcraft seems to have copied from Warhammer is the “evil” clan of dwarves not truly having allies. In the video game, they’ve been shoehorned into a faction alongside the traditional Tolkien-esque species, but their lack of true acceptance is constantly clarified to the player. There’s a joke among dwarf players about Warcraft’s three clans which goes along the lines of this:

There’s an interesting parallel with the chaos dwarves of Warhammer. Their most common neighbors are greenskins whom they either fight or enslave, and their interactions with the human tribes of the north are purely transactional. For this reason, I’ve had a grand old time plucking Darbakh, a 1990s era chaos dwarf hero, and planting him into Warcraft; all that’s really changed in him is his skin color.

Very cool - What server are you playing on? I used to run an all-Dwarf guild back in the day.
Here are a couple vids I created: 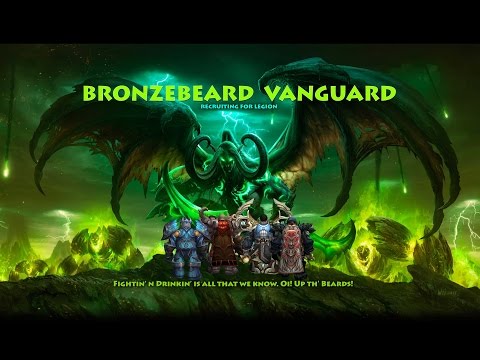 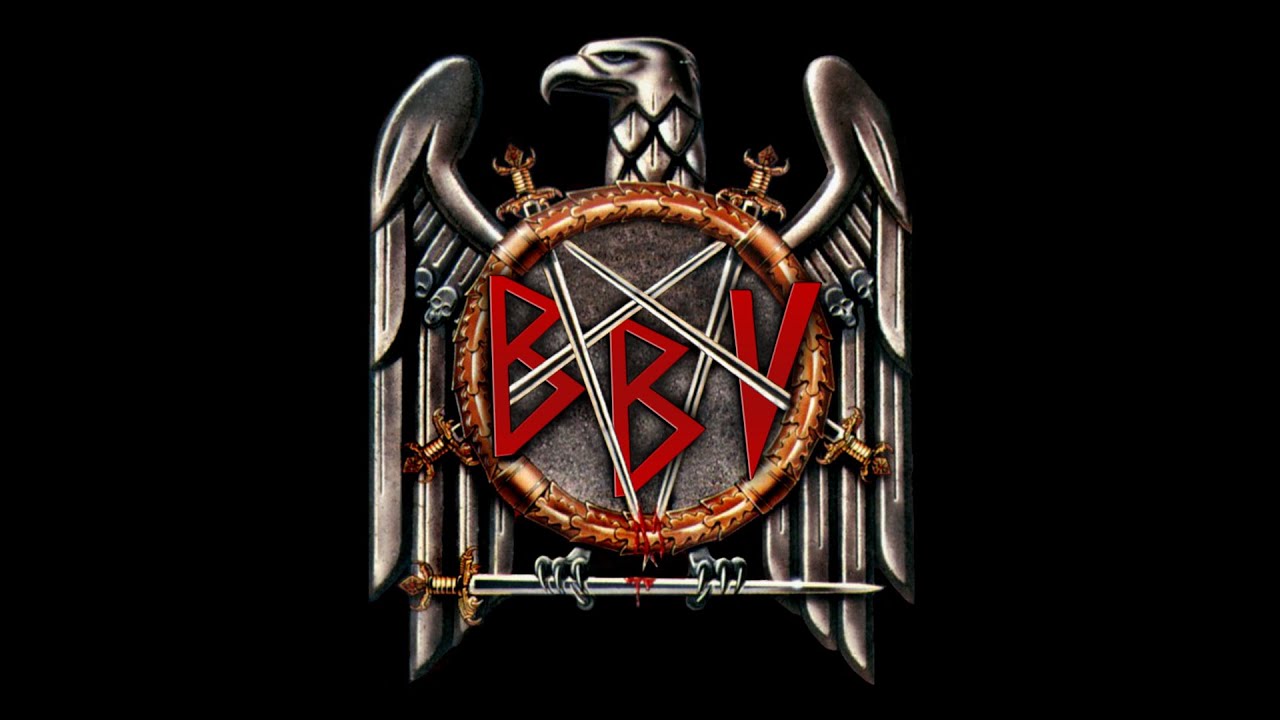 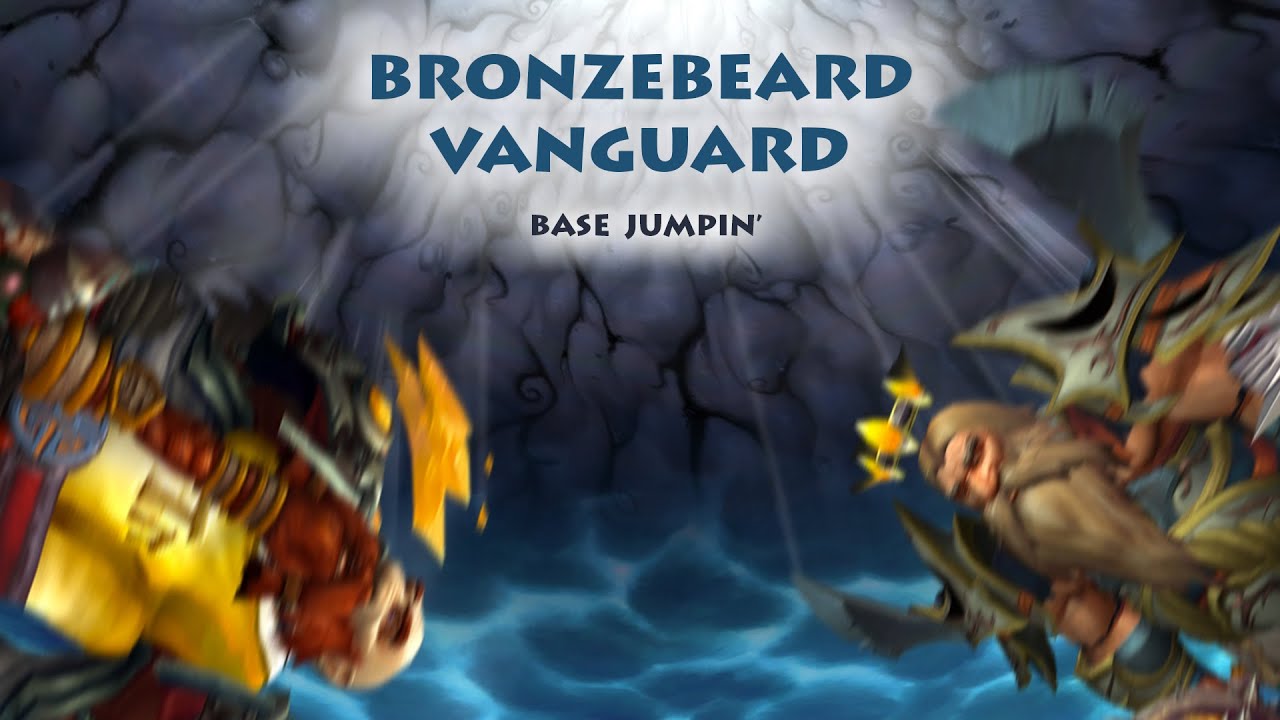 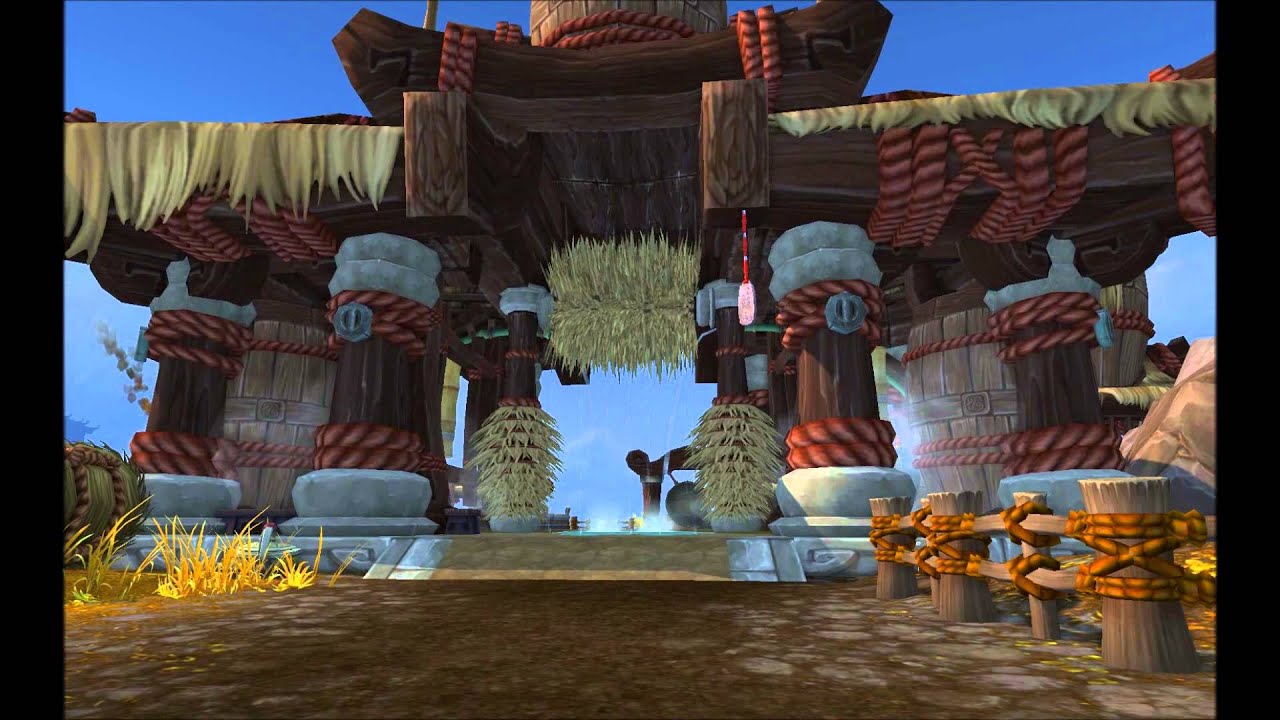