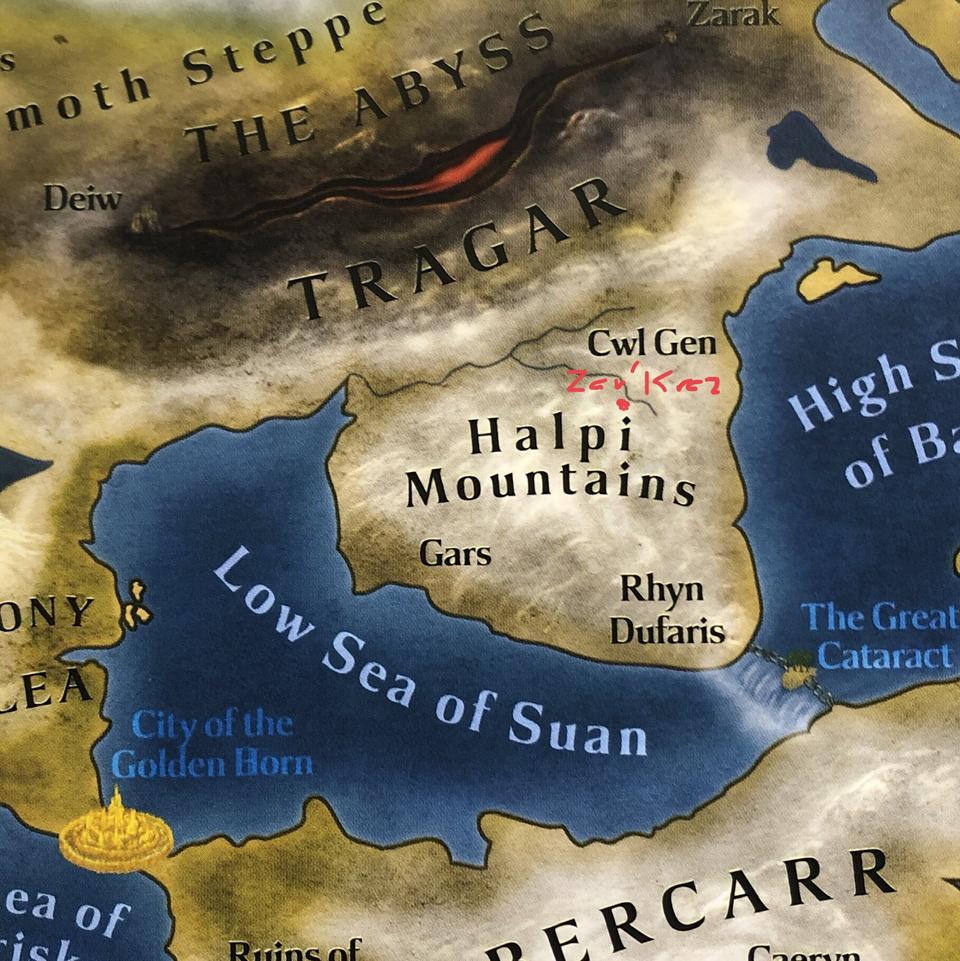 Given the recent “guerrilla warfare” by the Dwarfs our conquering force in the Halpi Mountains are kept on high alert. We’ve had several smaller skirmishes on the mountain roads, but all of our patrols have come back and we believed the Dwarf forces to be dwindling without established supply routes.

So the attack on the temple area in Zar’Kraz came as a surprise. Somehow a small force of Dwarfs had managed to sneak thru our perimeter. Most probable the slave orcs weren’t whipped hard enough to be kept awake. New routines have been ordered to our Hobgoblin overseers to make sure it won’t happen again…

Praise Hashut the Dwarf force were spotted just in time by out temple guards! :hashut 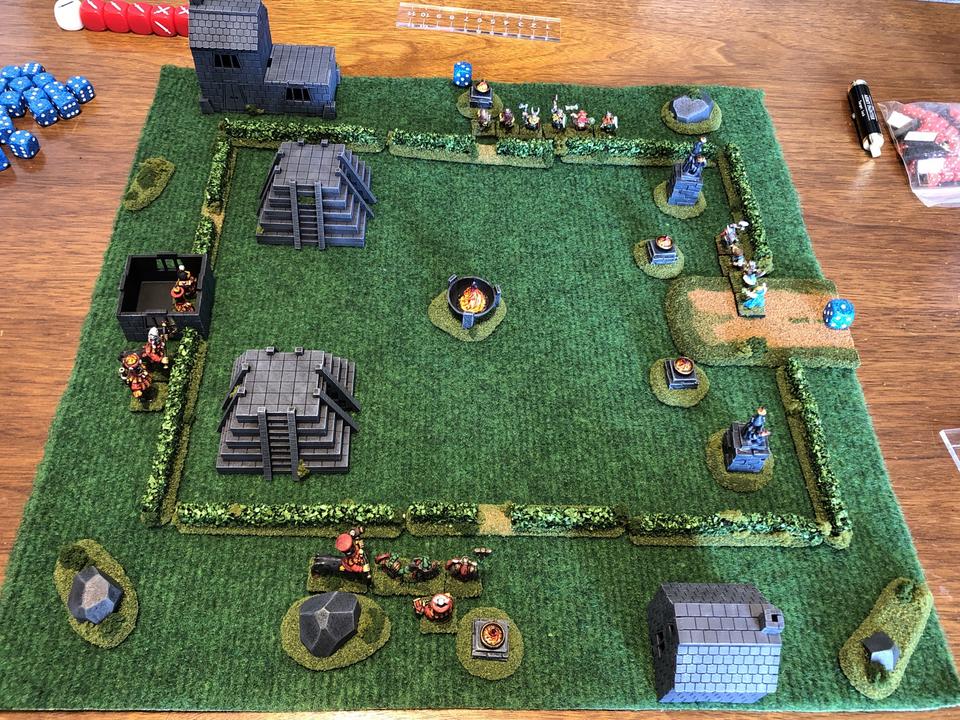 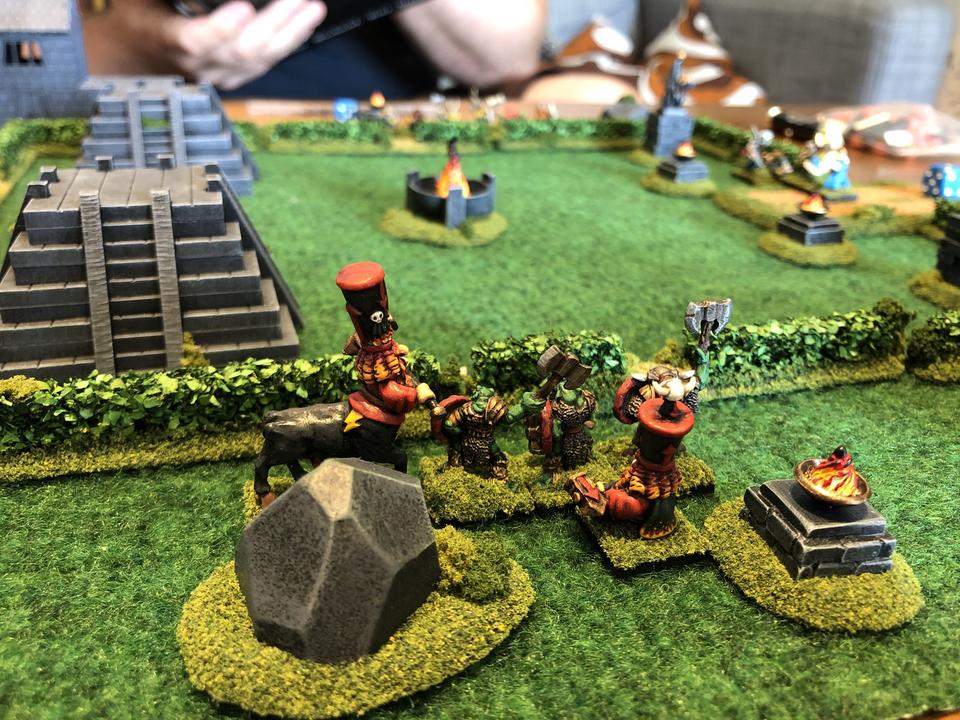 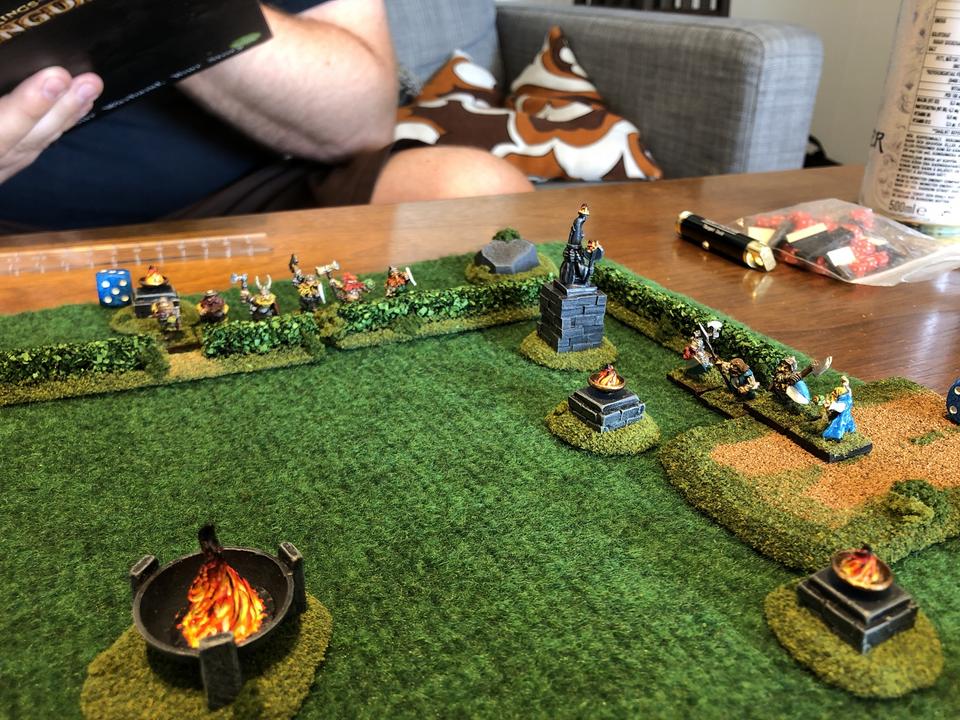 The Dwarf attackers went straight for the Holy Flame of Krazz. Used by our sorcerers to summon the mighty K’daii into existence. The Dwarfs stormed the temple courtyard with bottles marked with strange runes. These will have to be investigated further!

The Dwarf wizard incinerated the closes slave orc, which made the second one hesitate a moment. Weak-minded maggot… 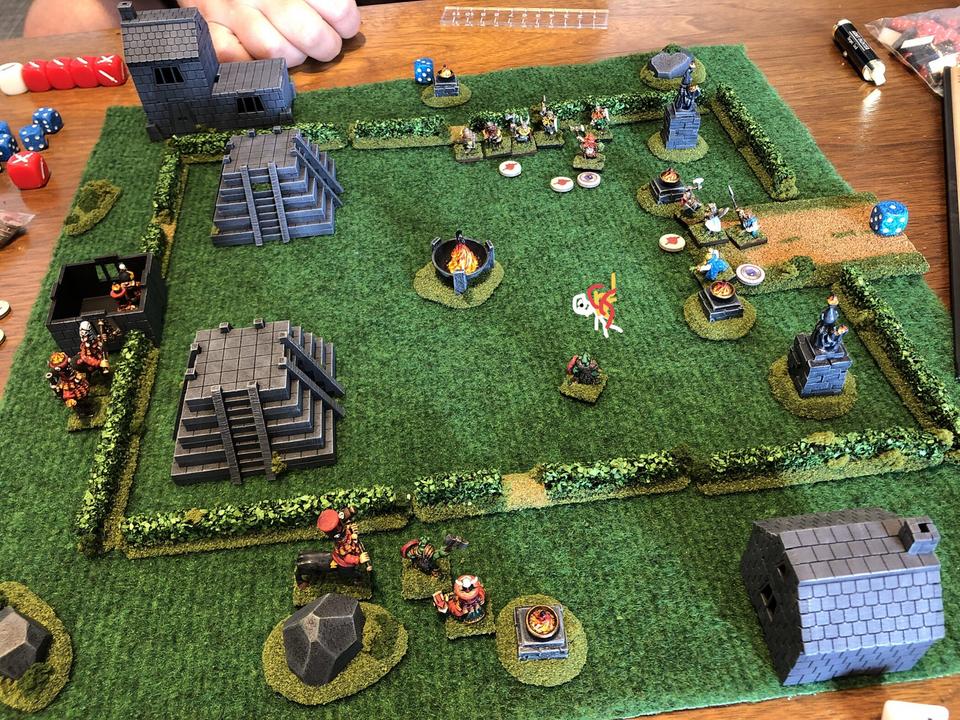 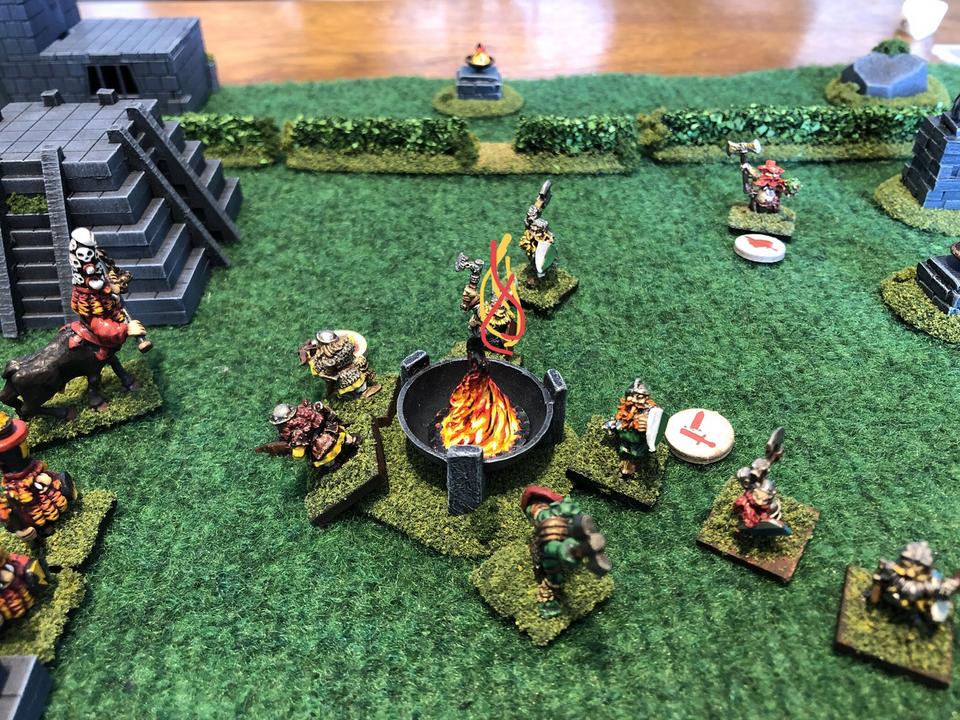 Our temple guards managed to cut down the Dwarfs surrounding the Flame of Krazz. Most likely the were caught by surprise that the Flame fought back for survival.

And our remaning troops engaged the other Dwarfs in the yard by brutal hand to hand combat. 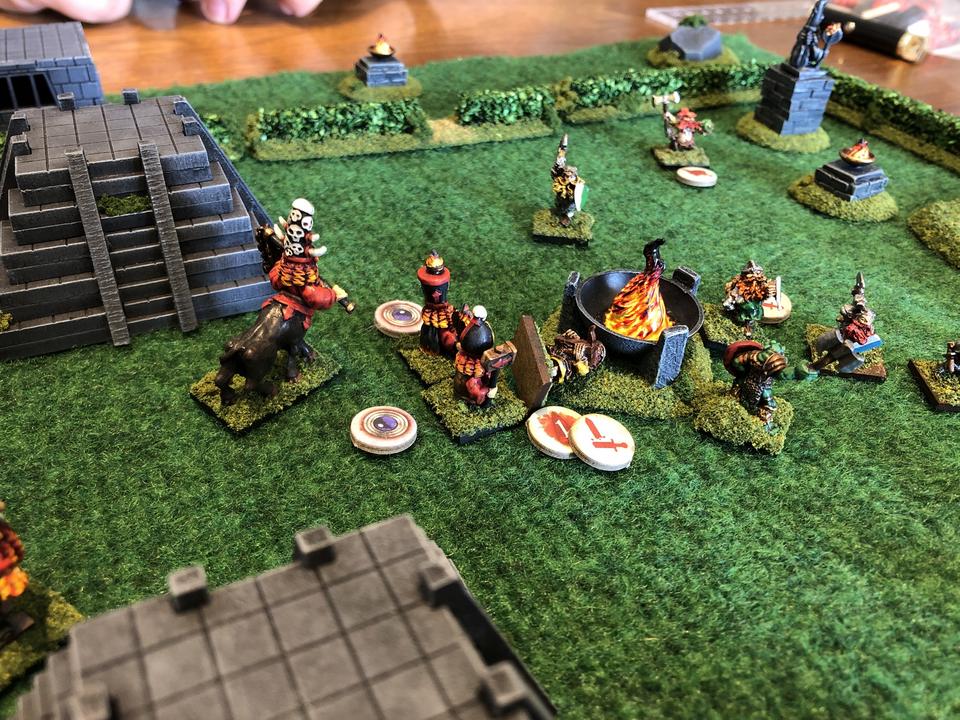 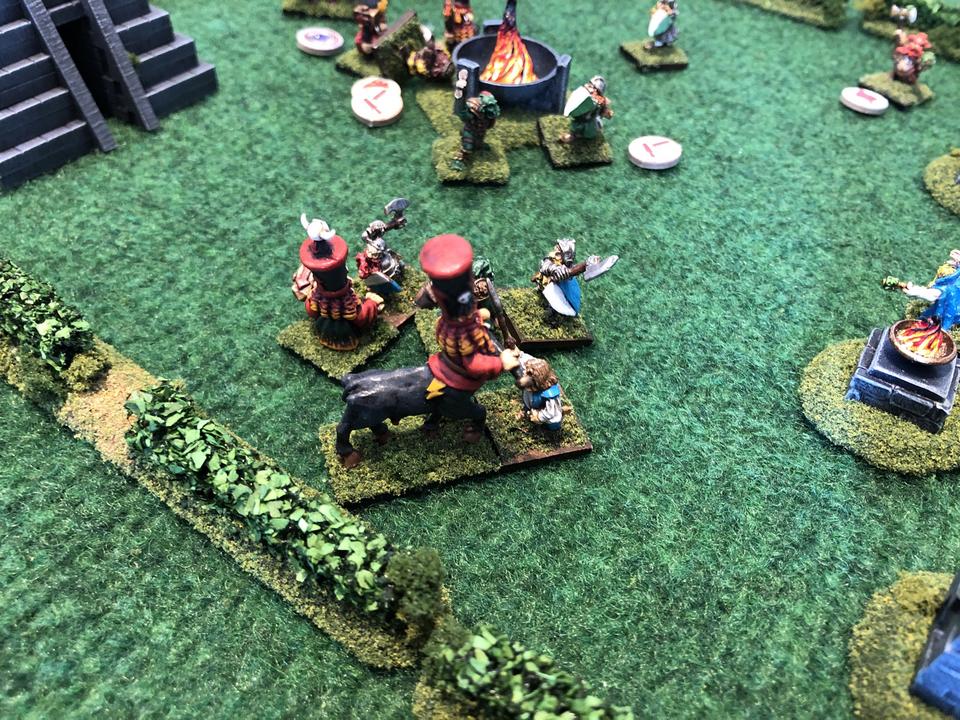 In a moment of bravery seldom seen in the weaker races the Slave orc let out a howl, later interpreted as “Praise Hashut!”, and charged towards the Dwarf wizard. Burying his axe deep into the chest of the Dwarf… 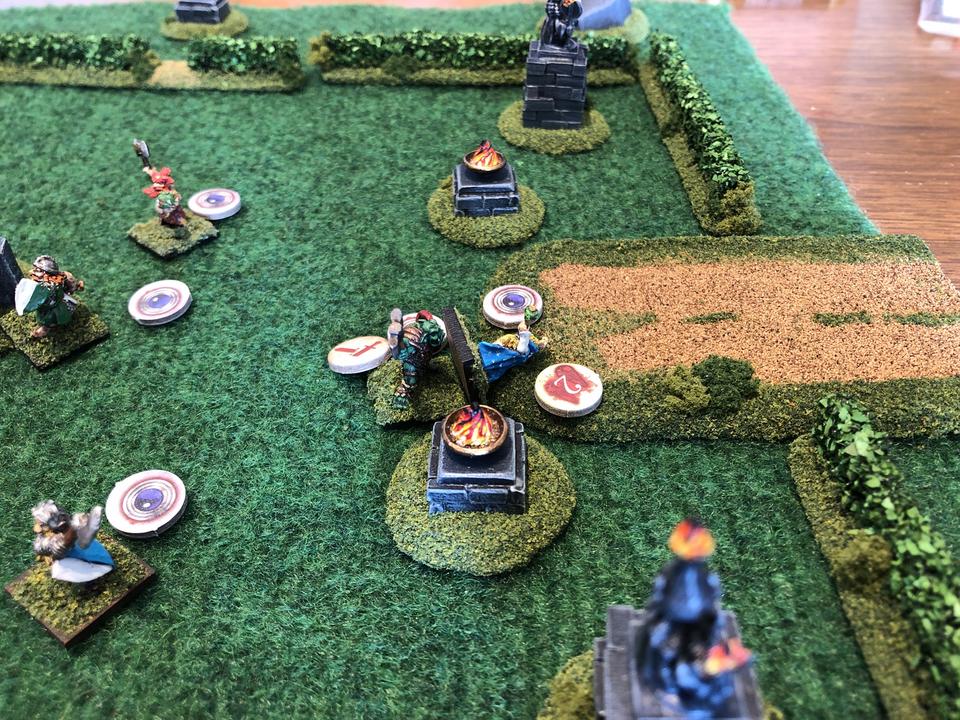 This made the remaning Dwarfs hesitate a bit, to keep fighting or flee. The Holy Flame of Krazz was almost dead and only a small flicker remained.

With the confusing and hesitation of the Dwarfs, our Bull Centaurs made quick work of the rest while the Dwarf Slayer in command managed to escape… 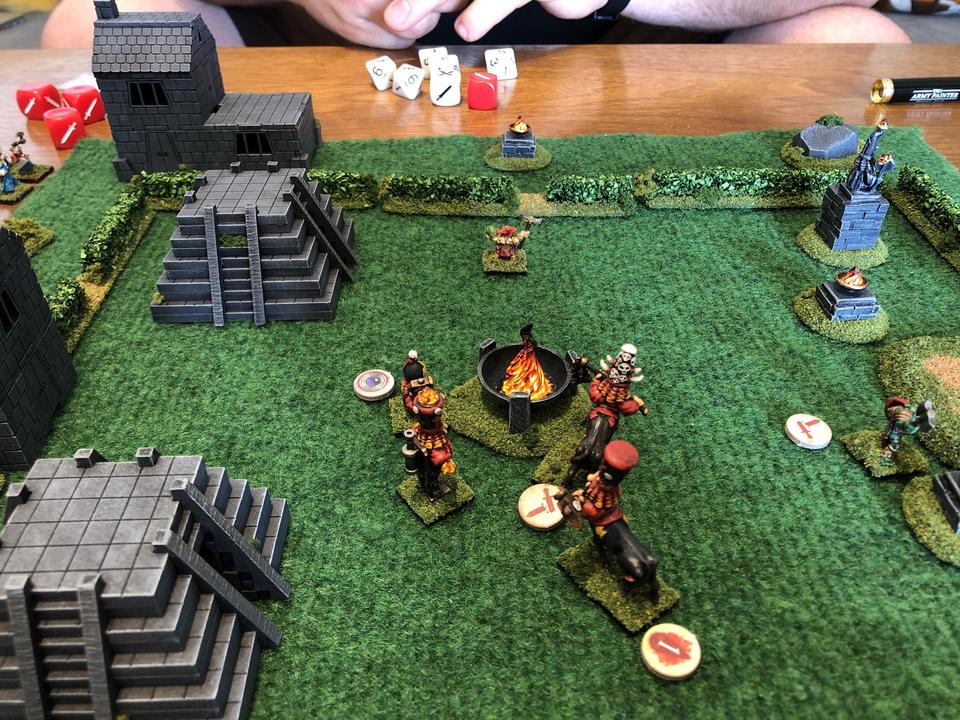 High Priest Zhurthar in a quick and heroic act, ordered the Bull Centaurs to feed the Flame of Krazz and promptly threw the remaning Slave Orc into the flames. Giving it new life and essence to feed on, there by saving the Holy Flame and securing the future summoning of K’daii in Zar’Kraz.’’ 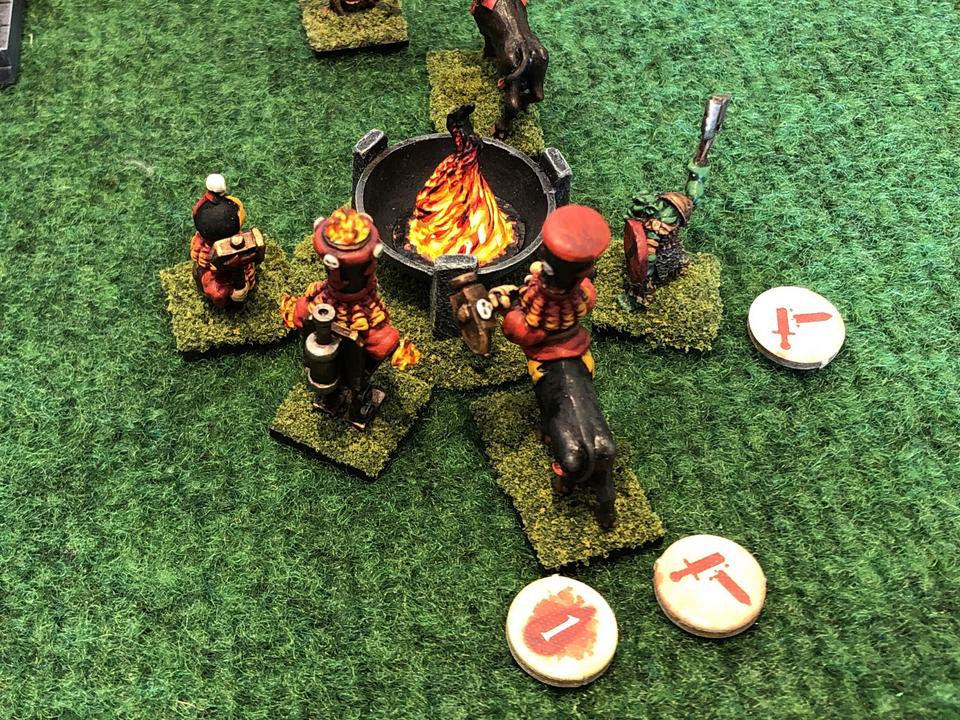 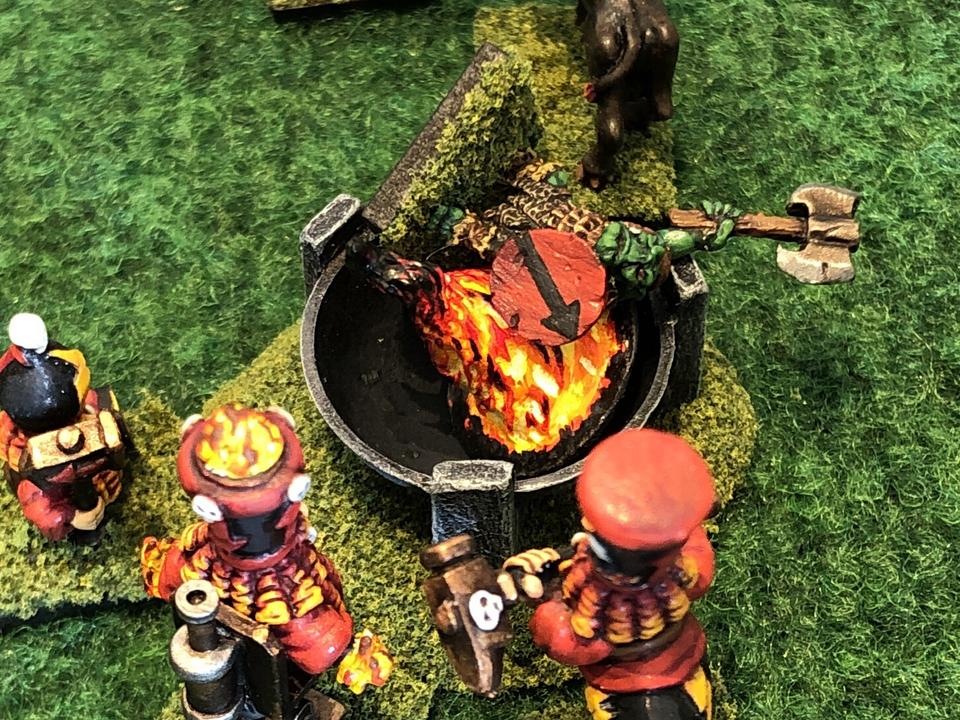 How cool is it to play on a game board, with scenery and miniatures all of your own making.

It’s a tjubpoolaza of fun!

Thanks for sharing this, always cool to see battle reports with good pics and especially nice to see the tjublings in action :hat off

How cool is it to play on a game board, with scenery and miniatures all of your own making.
It's a tjubpoolaza of fun!
Thanks for sharing this, always cool to see battle reports with good pics and especially nice to see the tjublings in action  :hat off

Fantastic battle report. They will never regain the Halpi mountains with general Tjub in charge.

Keep up the good work. Tjublings always cheer me up!