Our second Vanguard fight for the evening. The original plan was to follow up the first skirmish with a Kings of War battle and use the “hook/bonus” described in the senario for the upcomming battle. But since we havent played alot of Vanguard and it was great fun, we decided to go with another skrimish to get all the rules down.

The second senario was “The Power Stones”, ancient nodes of power located across the land. These stones give in game benefits to magic users and leaders if they are close by.

Since we hadnt really planed for two Vanguard skirmished we used the same warbands as before. 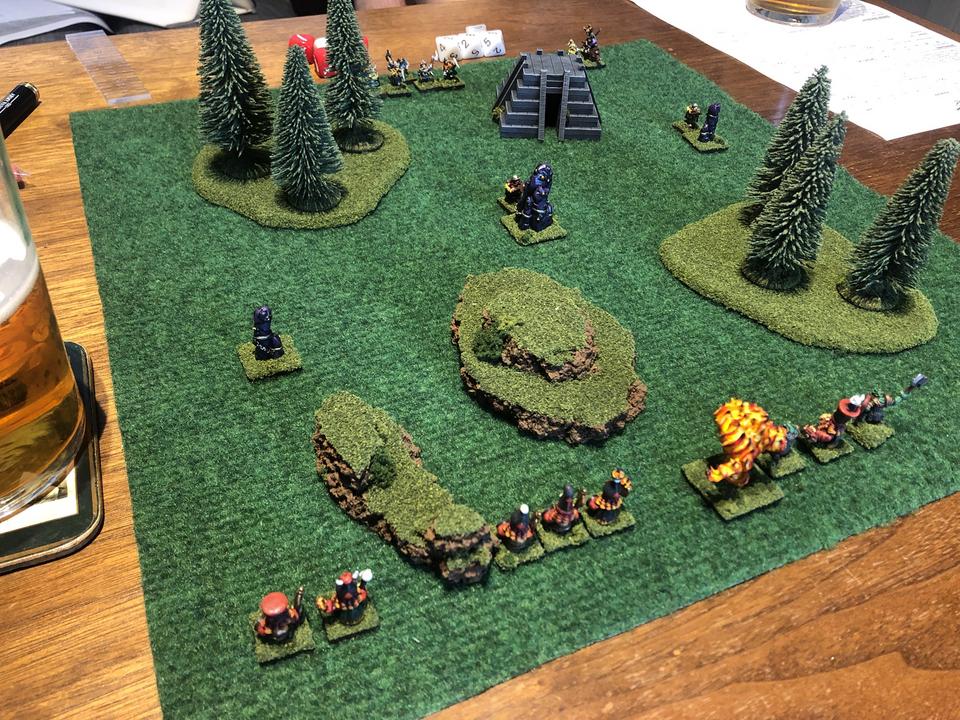 …again the Dwarfs made good use of the Rangers which already had located the objective and claimed two of the three. Our proud Chaos Dwarf forces had to leg it up the battlefield to contest them. Of course we made good use of the slave orcs again and forces one of them to run up to the big objective disregarding the enemy forces. I was obviously a worthless slave anyway since he didnt survive contact with the enemy forces, but it was a good plan none the less since it hindered the Dwarfs from securing the big objective in the center. Leaving the first turns of battle with both forces wrestleing for control of the big center objective and securing one each of the smaller stones. 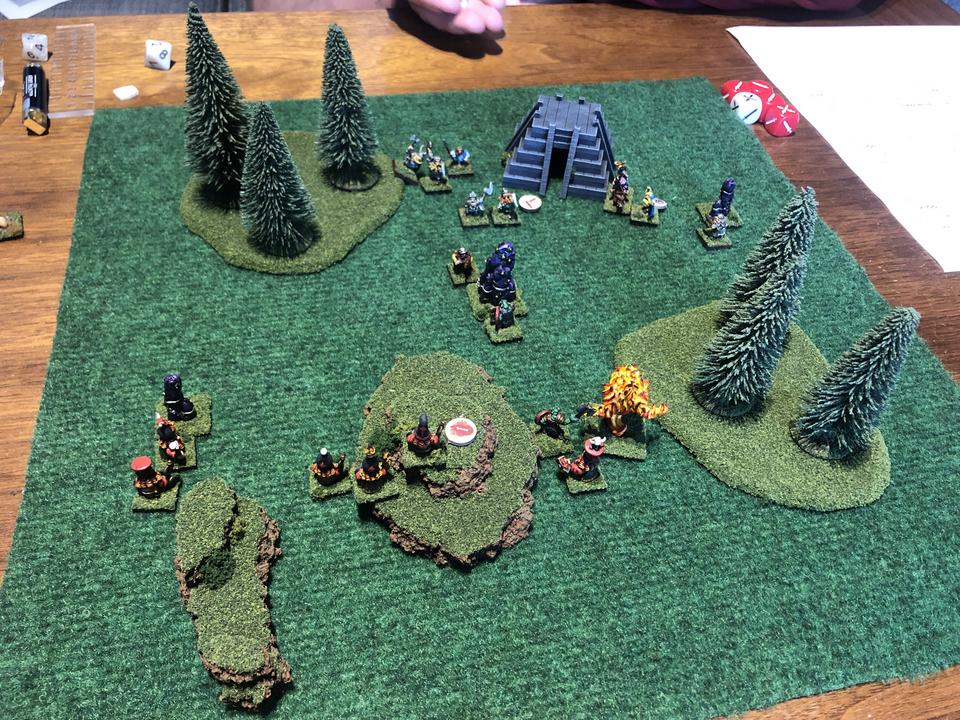 Having made quick work the slave orc the Dwarfs had the curage up and Ulf the Dwarf commander ordered them to take positions around the big objective. The bold Dwarf was a fool though. It should be noted that one shall always send the disposable slave troops first. A lesson our brave Chaos Dwarfs taught well, the K’daii charged forward to meet the Dwarf commander in single battle again. After both sides exhausted themselfs Ulf finally fell of his pig once again… With their commander slayed and the Chaos Dwarfs engageing all along the line the battle was soon over. The Rangers managed to slay the K’daii before the both fell to our axes. The only surviving Dwarf was Freddy ‘the oh not so brave’ Stonepriest who managed to outrun our more heavily armed forces… 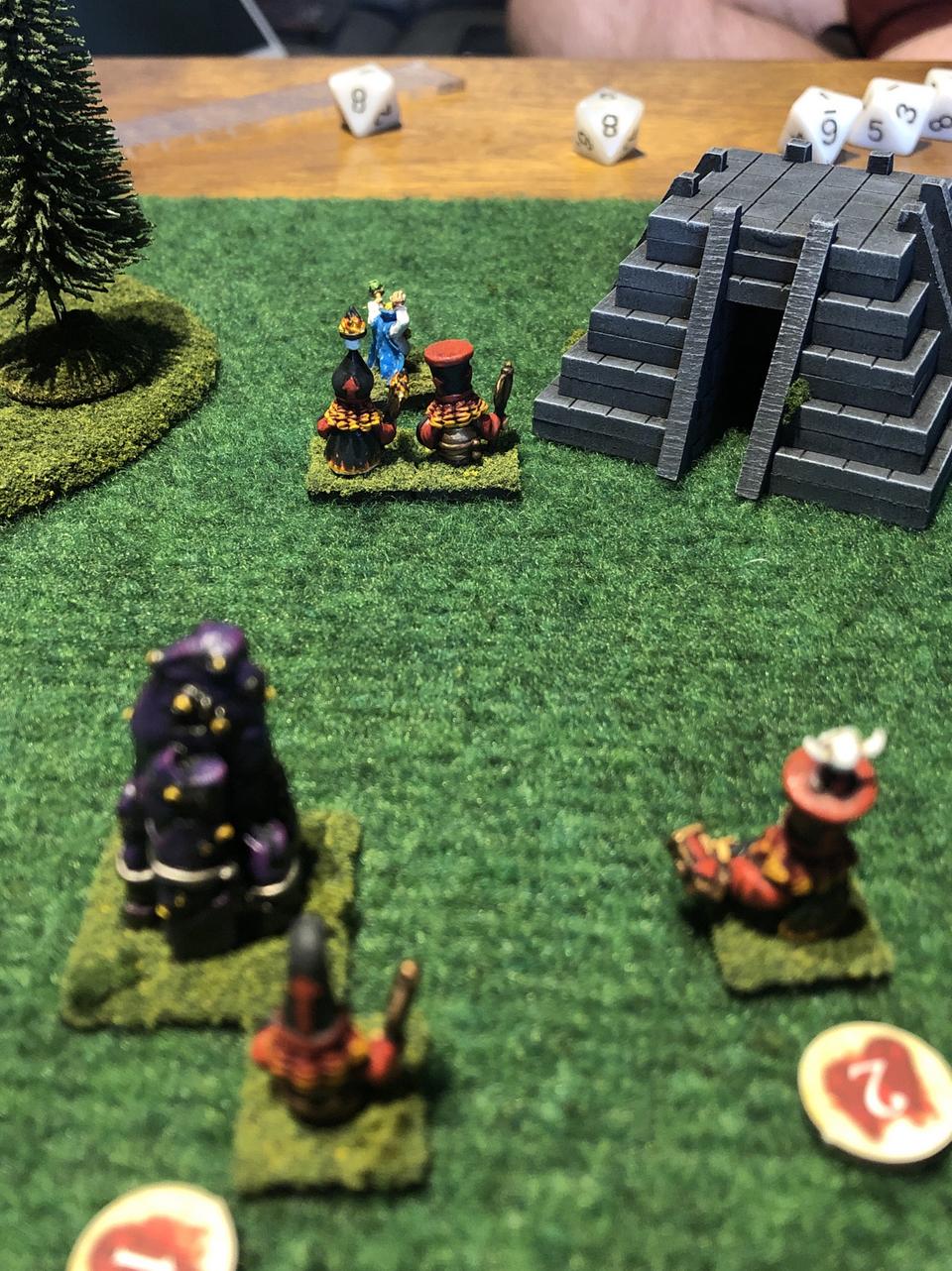 In the heat of the battle we kinda forgot to take pictures. :cheers :hat off