Hey guys! So after showing off the following 3D printed runic plates I had done as a birthday gift for myself I very quickly got allot of interest, now the official runes are not something I would sell (however I shared a link to the 3D models I made and some instructions of what you can do to have some made yourself).

However GW does not own bulls, arrows, lightning bolts, or even Mesopotamian themed horned and tusked dwarfs with big hats. So there is allot of cool stuff I could legitimately make, to include plates like above, bits that aren�?Tt attached to a plate (I don�?Tt know why I made the Rune of Hashut a plate at all, it could have MORE easily have just been a lone bit), and even some simple terrain pieces like large stones, rubble, walls, and ruins that have these kinds of symbols and things on them (who knows once I get a handle of it maybe I can do more complex terrain pieces like a ziggurat down the line).

Would people be interested in these kinds of items if I started designing and selling them?

Also, an interesting idea that Admiral proposed: is anyone out their interested in having their own custom chaos dwarf iconography made? Or in designing runes, symbols, or hieroglyphic image that I can use in return for giving you a run of them. To put it simply you give me a 2D image and if I can make it into a cool bit and you cover shipping cost and are cool with me using it and selling it on my own I�?Tll send you a run of them at no additional cost.

So far Admiral has gracious given me permission to use his Seal of Nir-Kezhar (pictured below), which I could start selling as soon as this weekend if people where interested. I think it has a cool Legion of Azgoth feel to it that would make it a great bit to play around with (I�?Tm planning on at least doing a run for my own use). A 30mm wide plate would probably cost around 3 bucks, but for the same price I can make a �?oquad-plate�?� that has four runes and some scoring lines to easily cut into four plates. 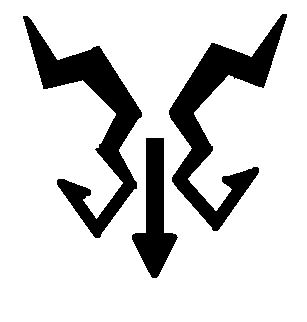 Please let me know what all you guys think about the whole ordeal, it certainly an interesting idea and it would be super amazing to become a CDO content creator (even if it just rune bits, and simple terrain).

I think its a great idea, and I am interested

Yeah I am interested in this idea! I have used my 3D printer a handful of times and I would probably prefer just to purchase premade ones…

Interested, too. Making the runes smaller and quartering the plate is a good idea. More runes for the money!

Perhaps next AC could be themed around designing your own runes, with a special clause stating that anyone have unlimited rights to use any runes entered into the contest for their own designs, 3D-printing and suchlike (with you rewarding any designers of runes used by you with a few freebies, they pay shipment if they want them)?

Anything I upload in the way of designs are to be freely used by the community, I only want money if your making money off my ideas… but personal and community sharing is 100% approved and personally would find it rewarding to see my ideas influence people’s armies.

I also find it rewarding seeing any of the communities sculpts encoperated in armies, I feel even Russian Alternative sculpts make a Chaos Dwarf army stand out from the crowd. Highly recommend their range!

Esp. in 4th ed style, that cracked ancestor anvil was beyond yummy :o

Thanks! I am figuring out production on bits right now (had a major hiccup but I think I’ve made a break through).

While GW dosent have a copy right on a hammer breaking an Anvil they do own that particular deigns above. If you or anyone else can design me an original broken anvil design I’ll add it to my bit repertoire ASAP.

These look more fitting to a 40k Chaos Rhino than a Fantasy Hell cannon or temple IMHO. So maybe you are advertising this to the wrong crowd.

How so? The markings are undoubtedly CD appropriate and if a square plate isn’t the desired shape, then one can bring forth the hobby knife. Chaos Dwarf collectors have long harboured avid scratchbuilders, and to them such detail bits are valuable. Flat surface? Stick on a plate.

I can kind of see where your comment is coming from (a plate doesn’t simply get stuck on a Hellcannon without looking out of place, and it might be too big for an intricately ornate temple), but widening the horizons and letting loose the imagination it quickly becomes apparent that there are lots of contexts where runic plates like these would be valuable for Chaos Dwarf stuff. Just take a look on Fuggit Khan’s Hull Destroyer. A big scratch build, with plenty of surface for runic plate adornments. The same goes for river barges, scratchbuilt prison wagons, manufactory buildings, sheds, domestic houses, forges, slave barracks, streets, forts, towers, mines… The list goes on and on, and there can certainly be some places in the army proper where it would fit, too.

Still, if the square plate is a bother, then Carcearion’s next plans might be of more interest…

That said, printing runes on plates or suchlike surfaces is a great way to make available complex runes for customers. I don’t think there is any reason to discard the notion of square, circle, shield, hexagon or other geometric forms of plates or curved surfaces.

How so? The markings are undoubtedly CD appropriate and if a square plate isn't the desired shape, then one can bring forth the hobby knife. Chaos Dwarf collectors have long harboured avid scratchbuilders, and to them such detail bits are valuable. Flat surface? Stick on a plate.

Still, if the square plate is a bother, then Carcearion's next plans might be of more interest...

That said, printing runes on plates or suchlike surfaces is a great way to make available complex runes for customers. I don't think there is any reason to discard the notion of square, circle, shield, hexagon or other geometric forms of plates or curved surfaces.

Yeah, personally I thought to use these for armored giant