If the dwarfs have flying machine (the Gyrocopter)… for that not the Chaos Dwarfs? :~

This way that I you present to The UFO Demon.

The UFO Demon is a new creation of the Chaos Dwarfs from forging meteoric iron with demons of Tzeeentch to take the war to the sky.

The UFO Demon… 180 points per model

Special Rules: The UFO Demon can Fly and have 3+ armour save.

*Special Attacks: Desintegrator - The UFO Demon it shoots a powerful beam that causes 2D6 of S4 in the unit selected with a scope of 30 cm in any direction. The Desintegrator is a Magic Projetcile.

1-2: The UFO Demon falls tode soil, I joust where before it was floating and it loses the skill of Flying for the rest of the game. If it falls under an unit, this unit it will receive 1D6 impacts of S6 and will have to effect a checkup of Panic.

Though it’s in the soil The UFO Demon it can shoot his Desintegrator.

3-4: Suddenly The UFO Demon becomes unstable, there are liberated Tzeentch’s devilish spirits and The UFO Demon transforms in a Chaos Spawn with Tzeentch’s Mark. In every turn the player who extracts the highest issue will be the one that controls the Chaos Spawn.

5-6: The UFO Demon starts convulsing in the air surrounded with a dawn of multiple colors until it exploits. Any enemy unit of friend in a radius of 45 cm receives 1D6 impacts of S4 that are considered to be Magic Projectile. 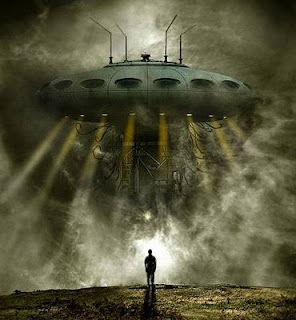 3 Wounds with T7 and a 3+ save is going to be a tough nut to crack. Not many things in the game compare. I think T5 would be more reasonable. Can it use both special attacks each turn?

Range of the special attack should be in inches (45cm/2.52 = 17.8) which seems a little high as you could hypothetically move 20" and fire a further 18" :o a little powerful so maybe reduce the range a tad or make it S3.

Slight flaw in the abduction, if it was over the model it was capturing, depending on unit strength, it would destroy it/be destroyed. Maybe make it a model within 2"? Also, should this be a one use only as this could get really old really quickly by whizzing round the battlefield abducting expensive characters for a cost of 180 points with approximately 40% accuracy.

Attacks that hit would have the following % chance to wound, and (chance to be saved by armour) based on 50 rolls with normal dice.

S8+ very few models that can manage this… (armour negated)

Alternatively give it a ward, although given that after these attacks hit there would be around a 72% chance that they would be negated by a 3+ ward this would be worse…

T5 with a 3+ armour is a better value, suitably tough but not impervious to attacks.

Although apart from those gripes, sounds like a much needed (and very cool) unit.

Hmm… Id make it T6. T7 3+ save? Toughie to kill. I’d also add a special attack “Not of this world…” The UFO may hypnotize any unit within 36", causing them to move upto 6". They may not be moved off the table, into other units, into a charge, or onto dangerous terrain.

Ha ha! I like the out of this world Joshmohr! good call!

Already I have corrected it. :hat off

I must admit even If I were playing something crazy fun like orcs and gobbos I wouldnt want someone turning up for a game with a roid rage tzeench disk and for the price of 180 points its way too expensive for a large scale tougth charactor sniper, just my 2 cents.

i say make it be pulled by screamers ,eh?0_o