So I have started work on my Chaos Dwarves slowly but surely. Here is what I have to show for a week and a half of working on and off.

Have about 20 in this stage 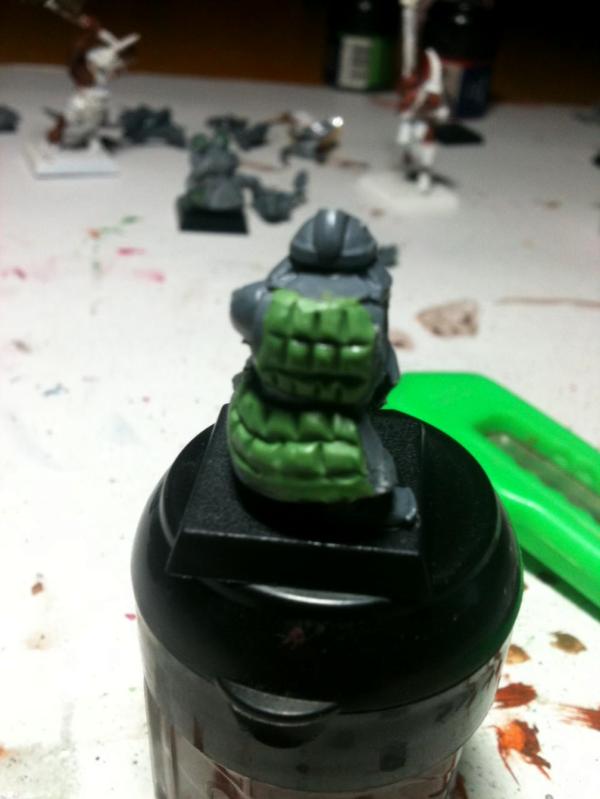 And then some of the more finished ones 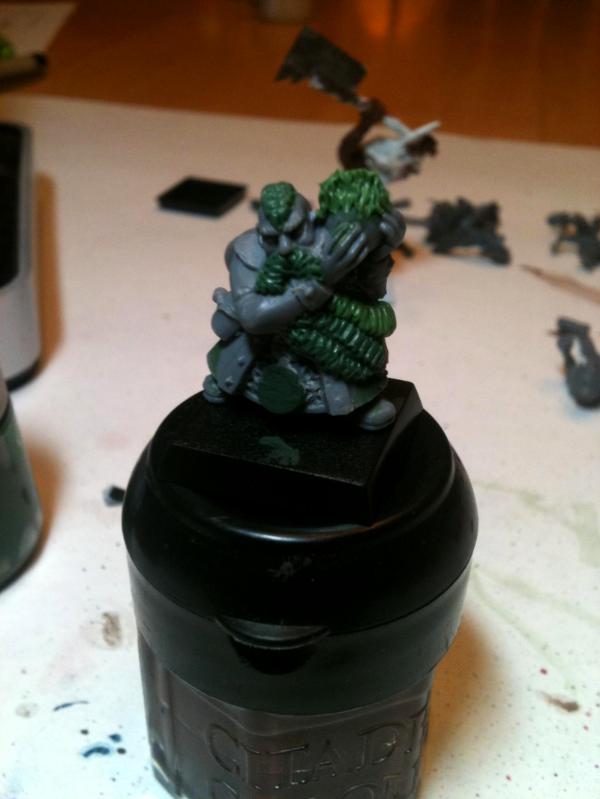 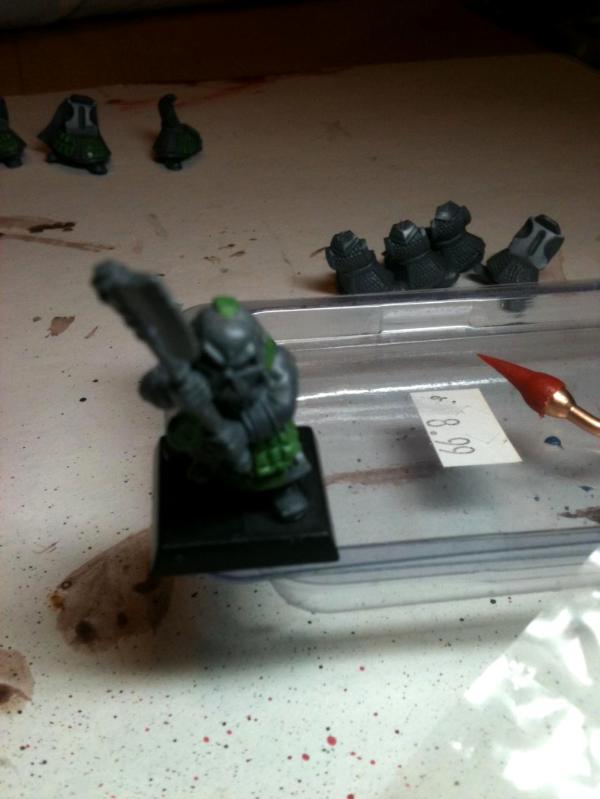 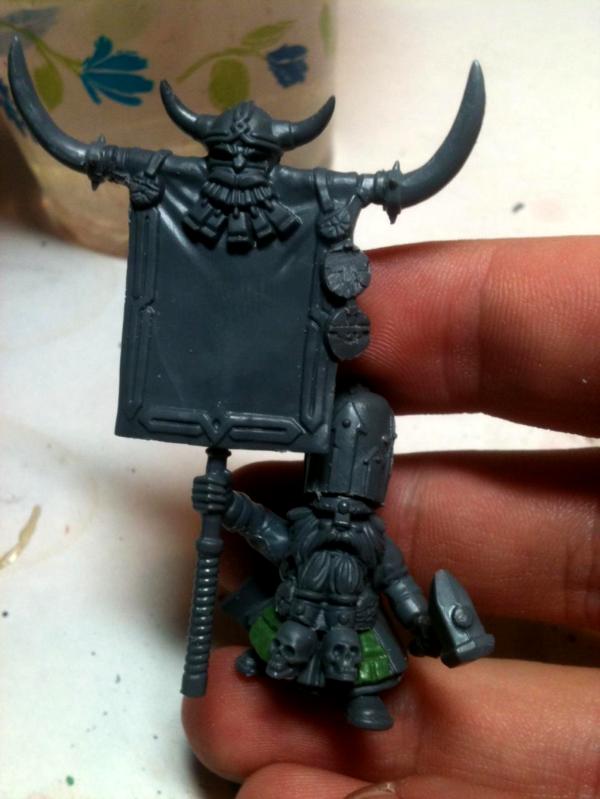 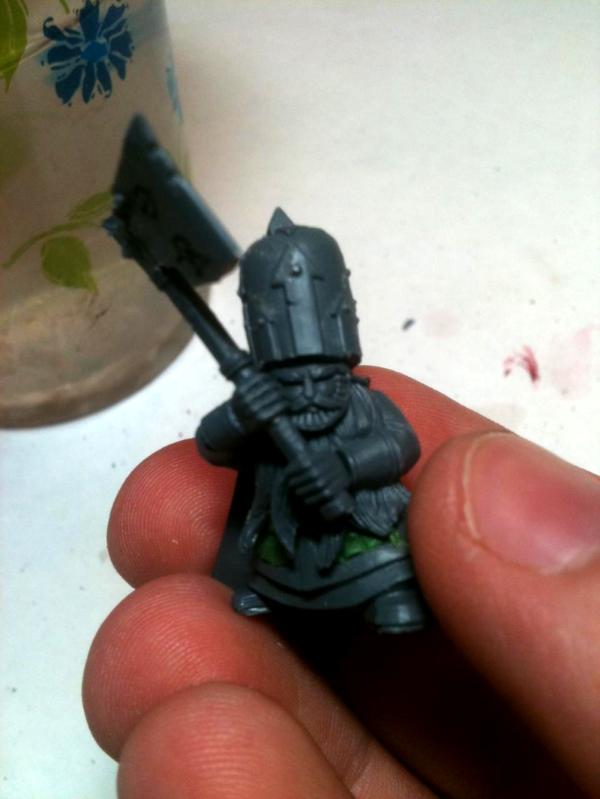 I also have a Iron Daemon on the way and some other goodies :hat off


And then some of the more finished ones

I have a Mr.T mohawk myself and I am quite short. So I added myself into my army

So I begin my basing 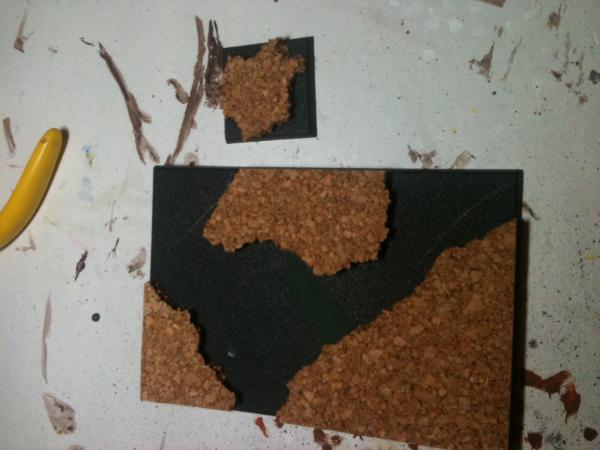 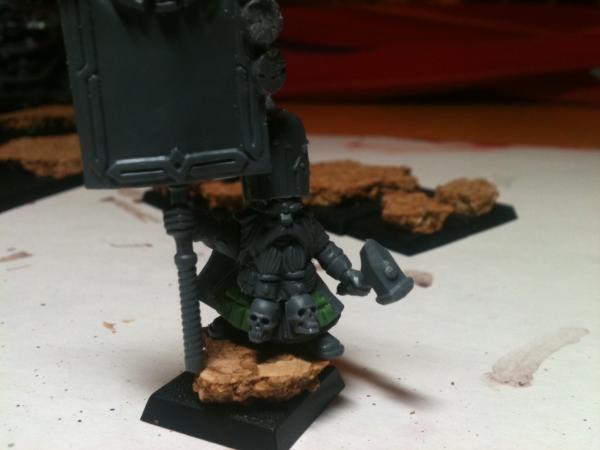 And something of a sneak peek. His beard needs touching up 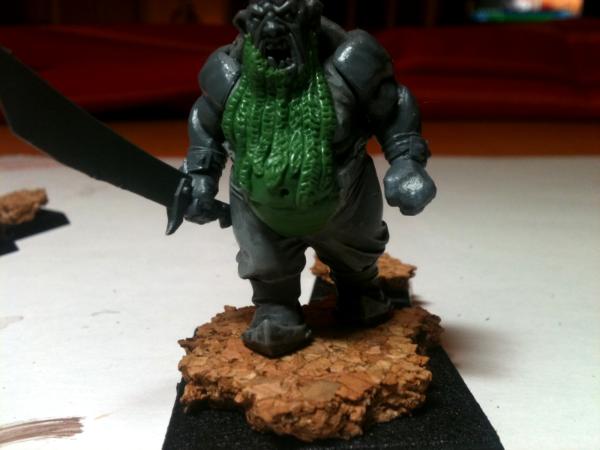 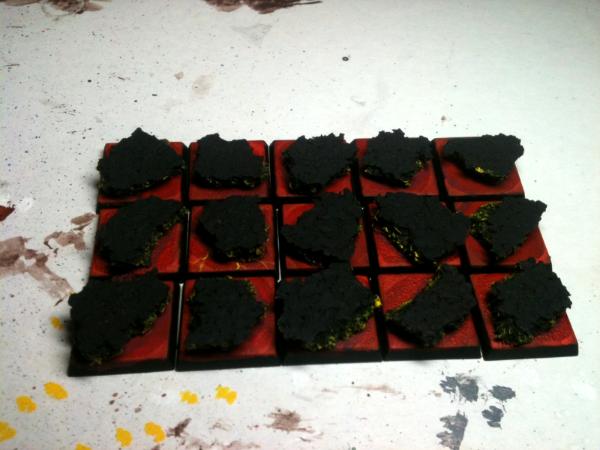 I love using that cork for basing!

Keep up the good work (:

Thanks all. Means a ton coming from this forum

I will just drop this here 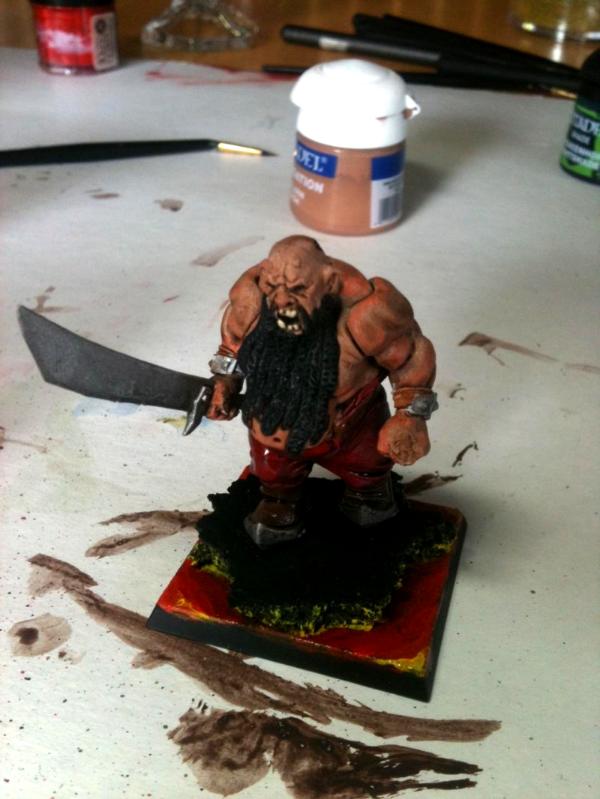 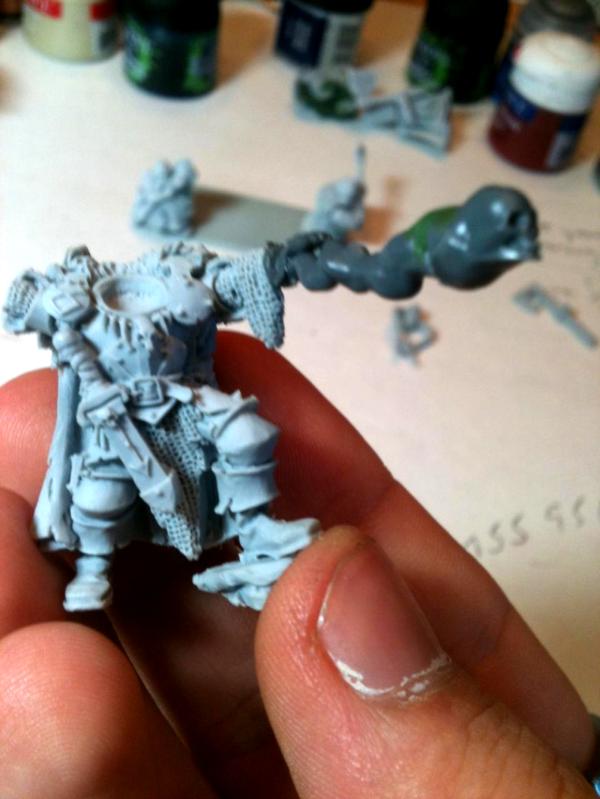 Great work. I like what I’m seeing. I am looking forward to seeing more.

By the way, is that a bent paintbrush behind that Ogre? I can see how tha would be useful.

Yes all my paint brushes are bent 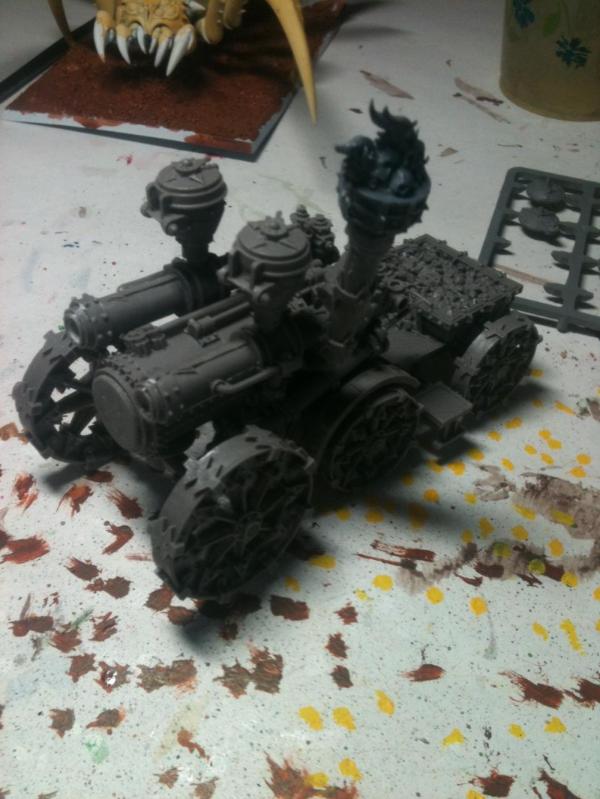 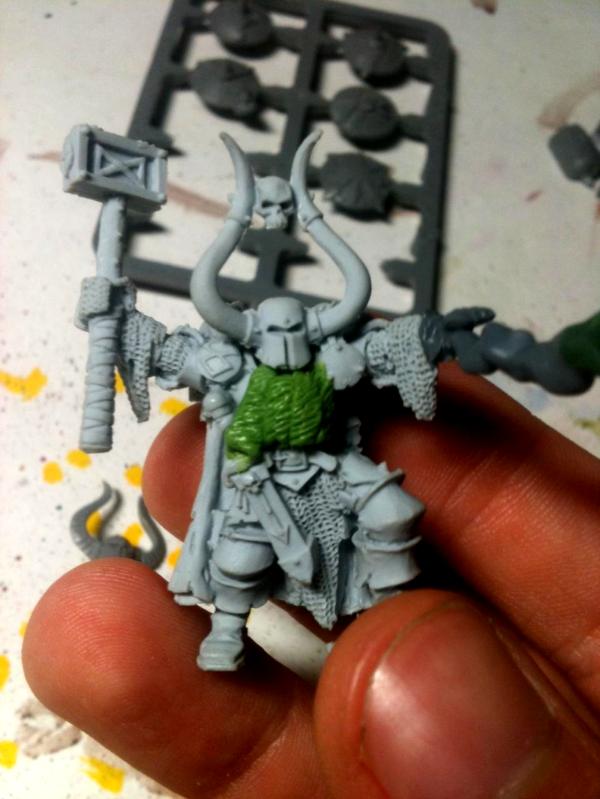 Got my Iron Daemon all painted up. Enjoy 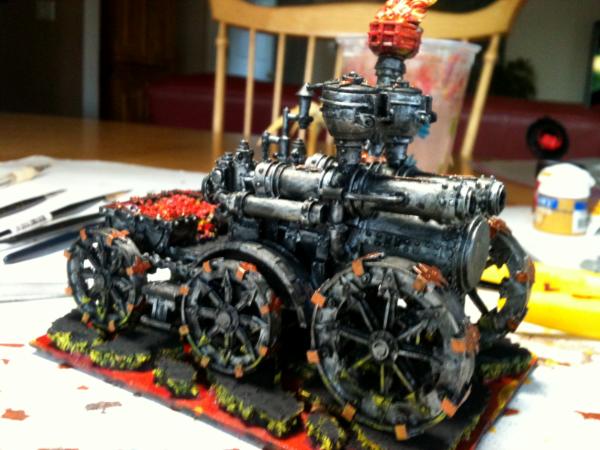 It is a certain style this local store sells. Helps with the shakey hands like you would not believe

Ladies and Gentlemen. Boys and Ghouls. I give you my BSB 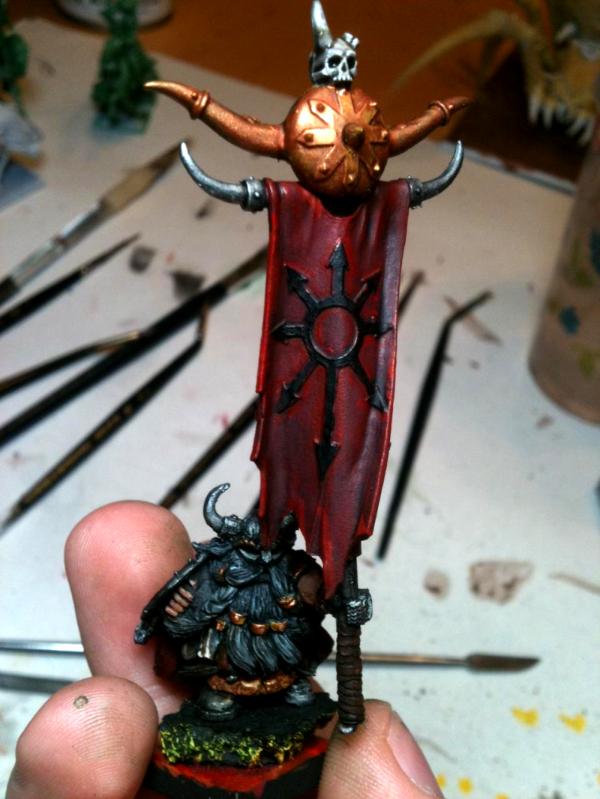 I seem to of not uploaded the photos but the shield and all the armor besides the helm where resculpted to fit the chaos dwarf theme. As for the beard it being my first full price finecast mini I was less than willing to carve it up. 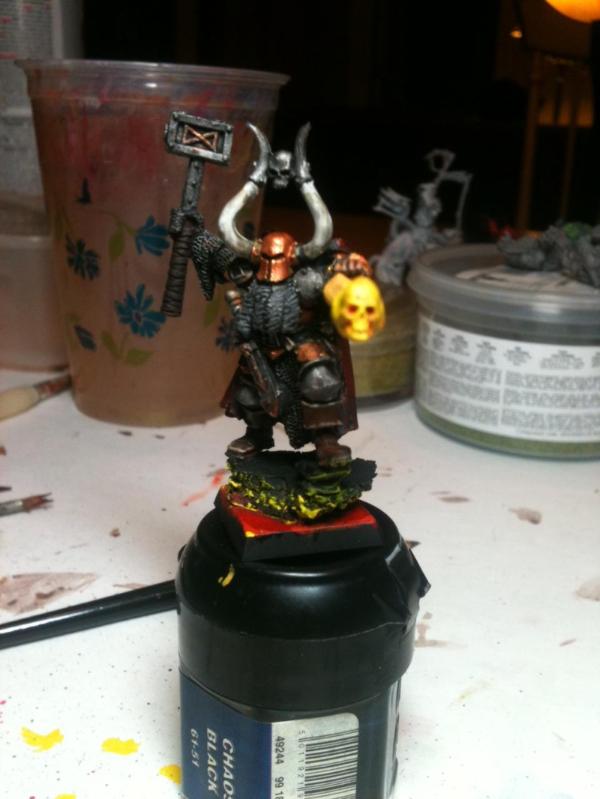 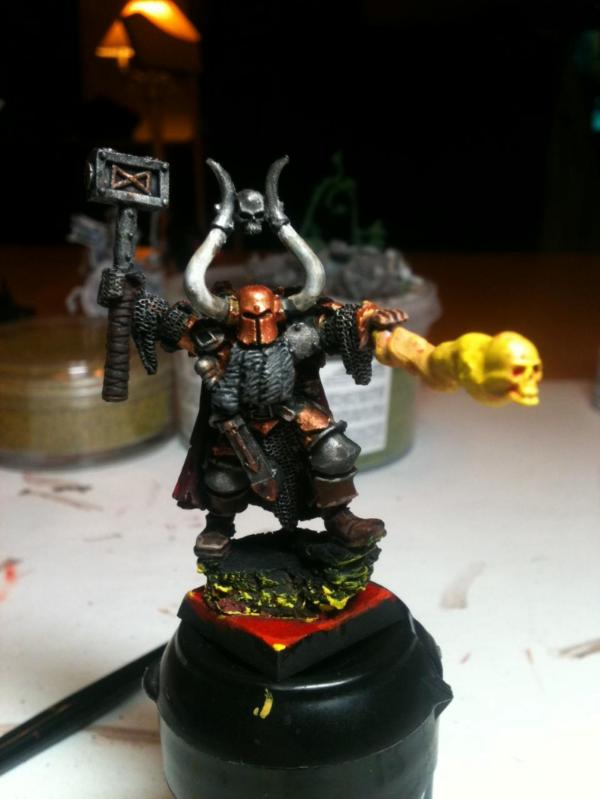 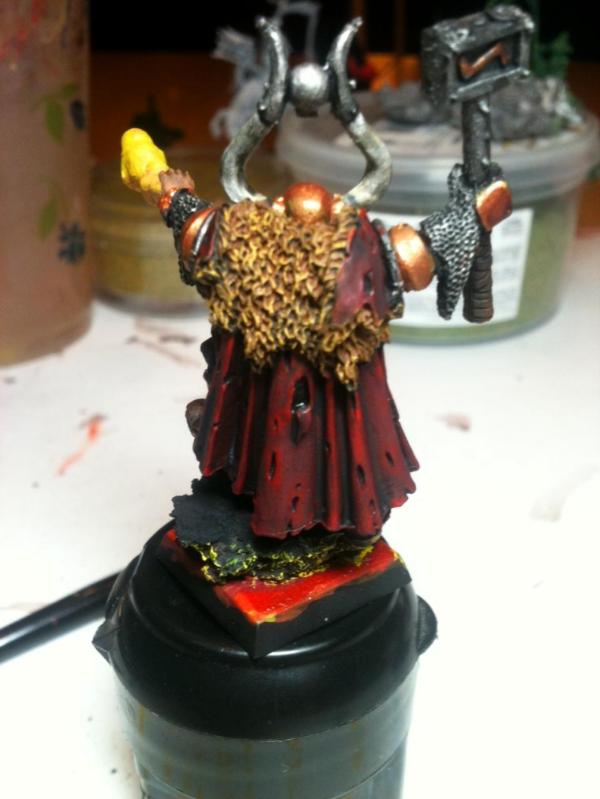 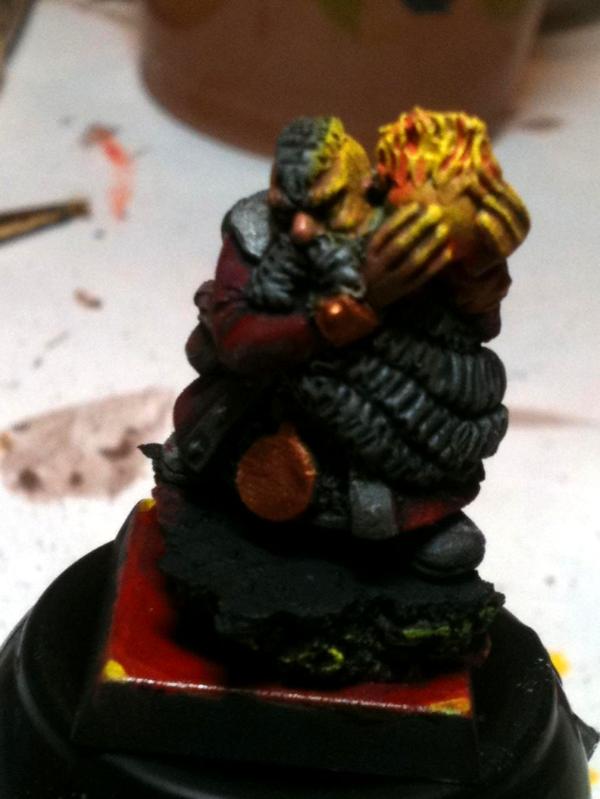 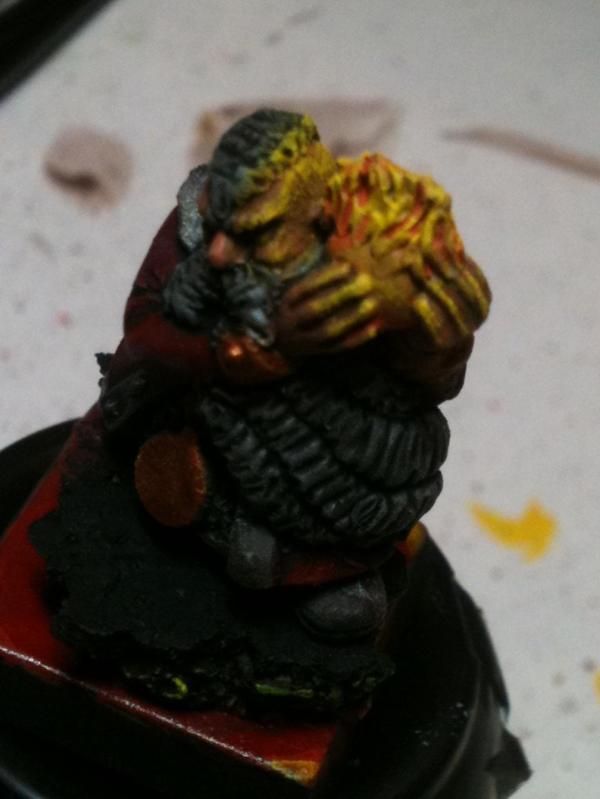 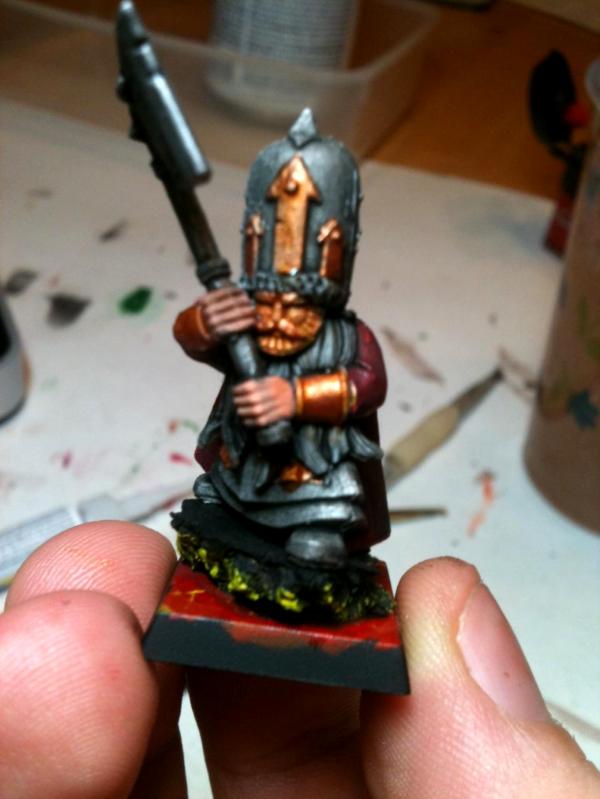 the light from the fireball in the lvl 2 is a very good attempt but i think you can improve it. personally i find lighting very difficult in models. i think in your lvl 2 it is too intense.

also i think you could improve our bases a bit.