[Archive] Legion of the Damned (novel, some spoilers) 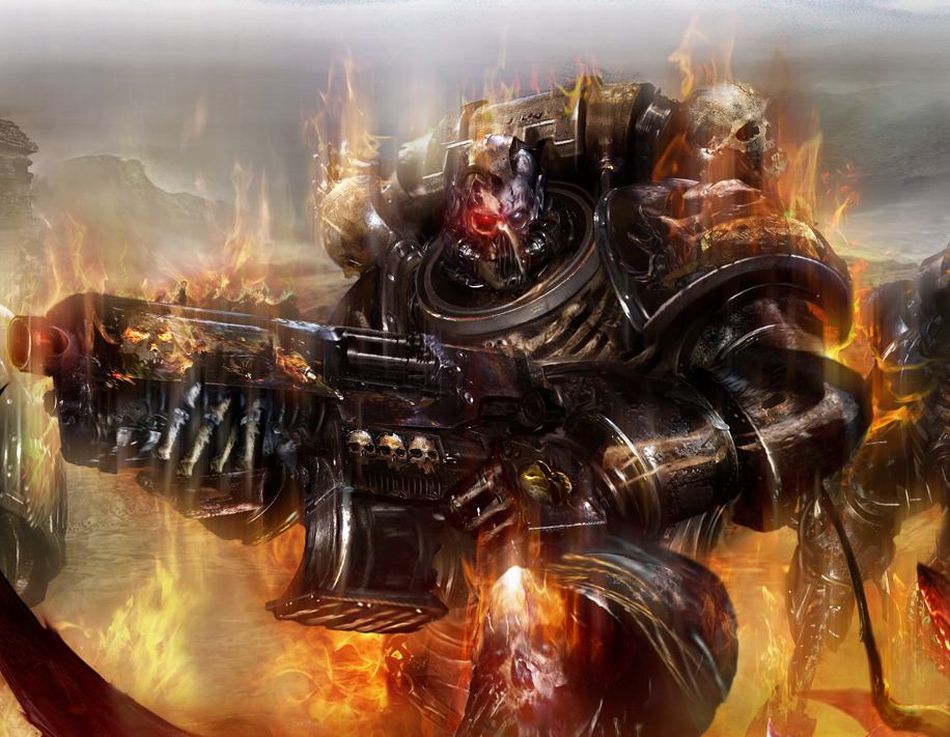 So I’ve just finished reading the “Legion of the Damned” novel, and I can honestly say that’s actually in my top 5 favourite books now.

It certainly is far better than many of the horus heresy novels (and I’ve read a lot of them).

Some interesting things that people may not know.  Haven’t read much of the studio fluff on these guys.

They have an absolutely massive battleship/cruiser (whatever), which has truly immense firepower.

They deploy by materialising into sarcophagi (I think), which deep strike. which was actually news to me as I had read about them just stepping out of the warp.  Perhaps they do both?  The story was unclear as to whether this was just done as an omen or not, but later mentions the ship being built around mass deep striking capability.

They are ghosts that can also materialise into solid and lethal form.  So for example, they can phase through a wall, or walk outside of a space ship.  But also phase their weapons through solid objects.  Phase a sword or bolter round through armour and then make it solid inside.  Or shoot through friendlies etc before materialising out the other side.

They can ‘haunt’ someone, i.e. appearing only in dreams and daydreams to one person whilst being invisible to everyone else.

Flying Hollander, check. Haunt your dreams, check. Walk through walls, check. I might have poor taste, but I can’t help but like GW’s power armoured takes on classic themes. They’re quite the ghost story. Thanks for the information! :cheers

Would you say the novel can compete with the Shira Calpurnia novels by Matthew Farrer when it comes to quality?

Would you say the novel can compete with the Shira Calpurnia novels by Matthew Farrer when it comes to quality?

Wow, my Thousand Sons’ Rubricae are looking at these guys and going “Lucky Gits”.

No idea sadly, would you recommend them?

Yes, very much so. If one enjoys quality 40k fiction, then don't miss out on them. Farrer's work is usually very well received by readers, though sadly he hasn't written much other than the Shira Calpurnia novels.

Only asking since I'm on the lookout for the very best Black Library novels, and/or those on really interesting topics. LoD sounds like that.
Jackswift 21 October 2015 05:23 #7

Sounds like a good read. I’ve only read the Thousand Sons Horus Heresy novel, but enjoyed it. Sounds like I’ll have to pick this one up too.

Sounds like a good read.  I've only read the Thousand Sons Horus Heresy novel, but enjoyed it.  Sounds like I'll have to pick this one up too.

In terms of HH I’d say my favourites in order:

Galaxy burns (whatever the 3rd one is called)

I read nemesis the other week, that was quite good as a non sm focused hh book.

Mark of Calth is also a great read simply because of the scale of the carnage.

Thanks, I will have to check all of those out. A majority of what I read is non-gaming related Sci-Fi novels, but I have picked up a few other 40K novels in the past… Dark Adeptus, and 1 or 2 of the Eisenhorn books if memory serves.

Used to be that I could remember every book and Author I had read. Somewhere in the last 10 years that ceased being important, and I have a hard time keeping track of what I have and have not read these days.