[Archive] Lustria has been overrun by Skaven!

It would seem the Under-Empire is expanding. Lustria has fallen! 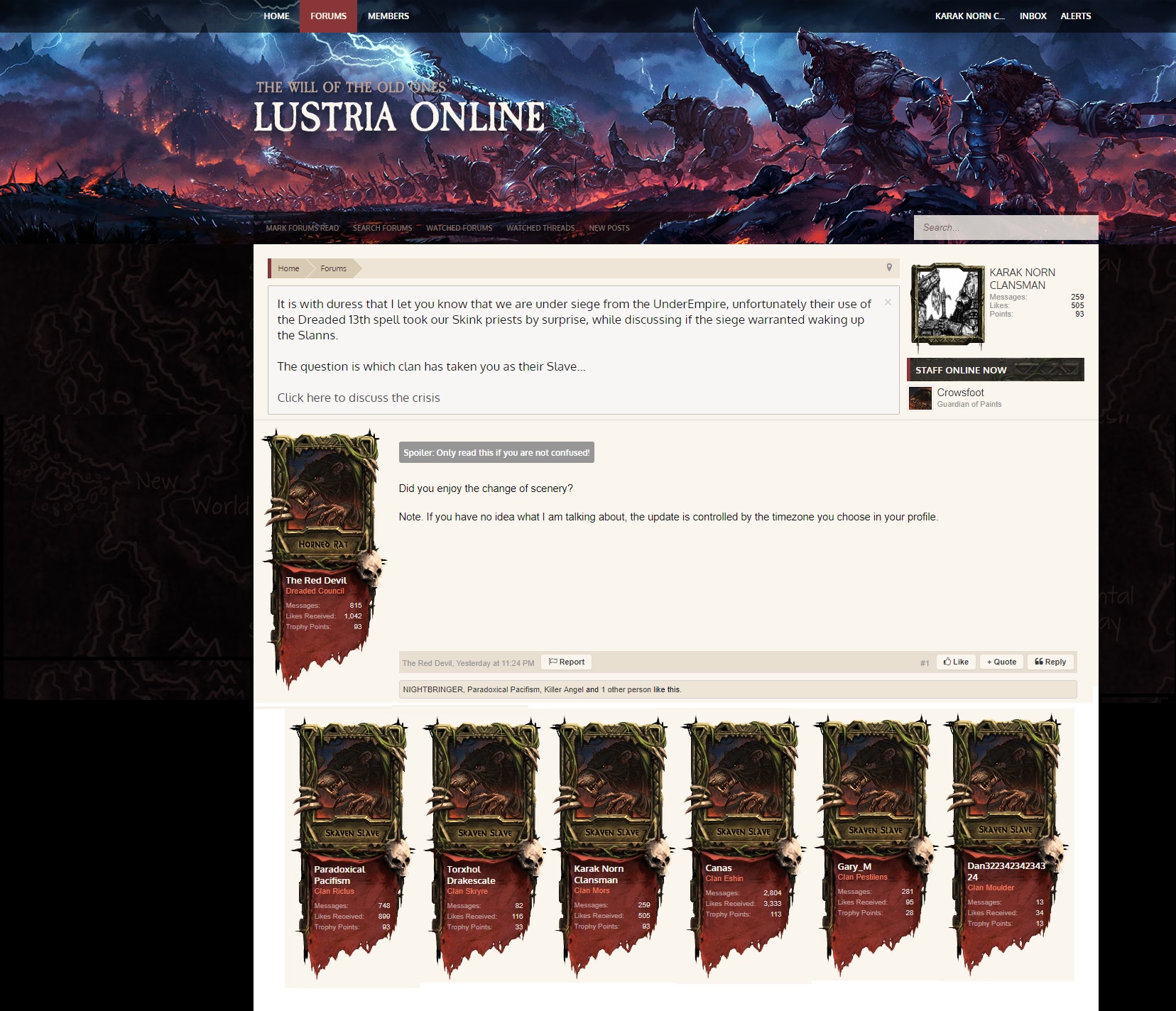 I was about to rage in a very childish way. Then i remembered today is the 1st of April. You had me.

The first of April. Admiral you are a bad man. The lizards were weeping and my 8year old daughter was ecstatic that the big bad mice had won. Fortunately we play AoS so I never have to let her know.

Bad to the bone, folks.

However, I sabotaged it.

I was about to rage in a very childish way when i remembered today is the 1st of April. You had me.

We the staff of Lustria-ONline were very happy to see this thread.

This is the fourth year running where we changed the banner art on April 1st and it never gets old.