Games Workshop is busy releasing new terrain for Warhammer 40’000, industrial Imperial terrain going by the label Sector Mechanicus. Though much could be got for cheaper elsewhere or scratchbuilt (in both cases without all the skulls and detail overload - which are nice features!), a couple of kits stood out as noteworthy and containing something hard to replicate oneself in a decent scale:

The Promethium Forge with its weird skull spider crane. 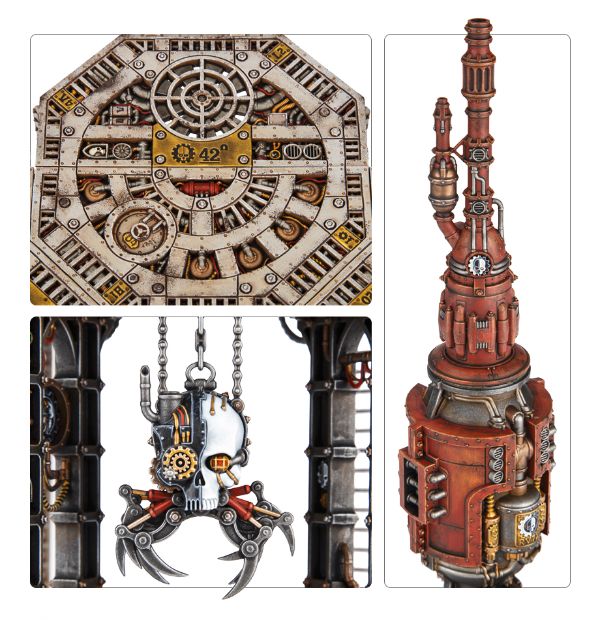 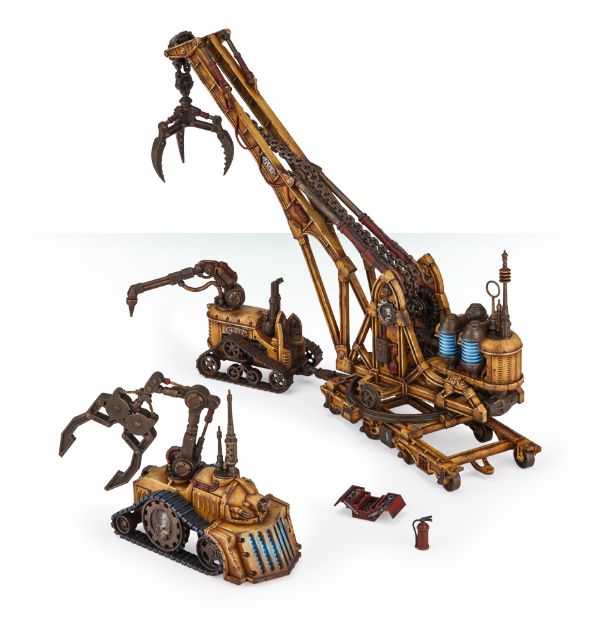 One wonders if any future civilian vehicles could be incoming for 40k? Automobiles and trucks in weird 40k style could probably graze lots of gaming tables as terrain if GW released them in plastic. 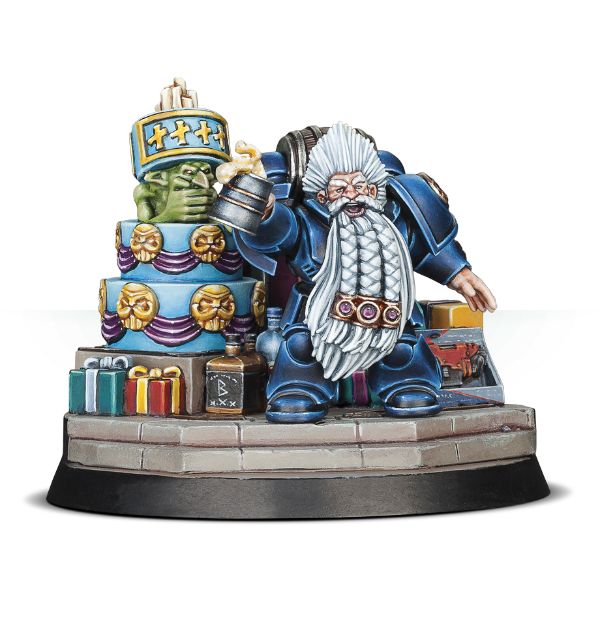 40K ain’t my thing at all though the cranes do look interesting.

And that ‘Grombrindal’ gets a no-comment from me.

That is not Grombrindal that is a squat :-).

Sector Mechanicus is really great Terrain and I fetched a little for my Mechanicum army. Scratchbuilt has more spirit for sure, but it is very difficult to reach the level of this terrain series not to speak of cost and time.

There exist already some nice “civilian” vehicles from Wargames exklusive.