Below is the first two models competed. Head bounty Hunter Cicero Pyrefax and his ride, “The Mule”. 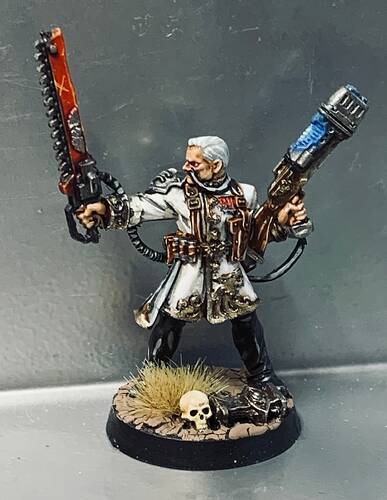 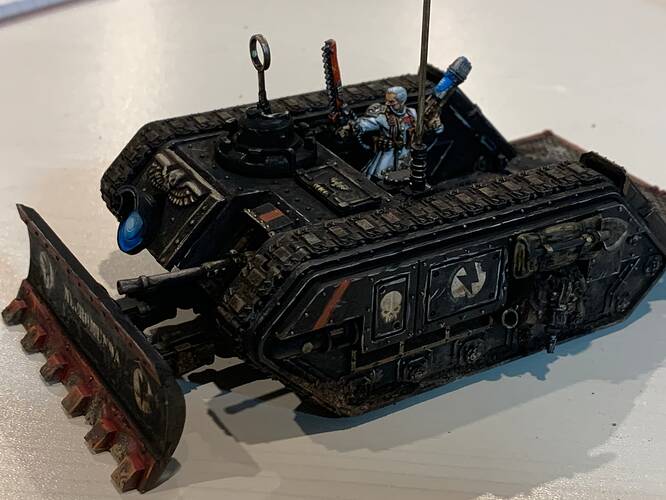 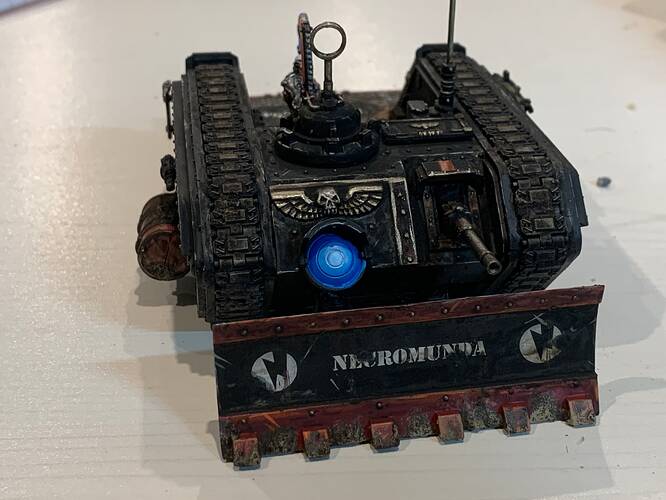 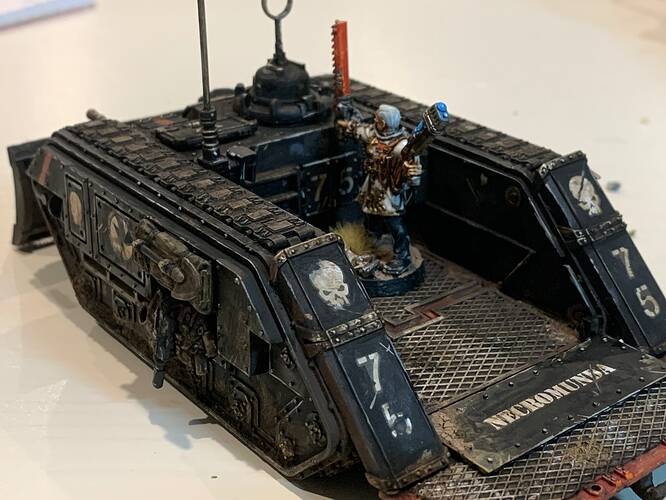 His band of bounty hunters coming next…

Plan on making a driver for when the Mule gets wreaked?

Yup every character will have amodel . Some games we will play will be underhive style ones and other ash waste style to keep things fresh. So dudes who drive cars will need to be prepared to grab a lasgun and run around a bit from time to time

Are their vehicle rules for Necromunda, or will you be using Gorkamorka or 2nd ed 40K rules for it?

Side note; iirc back in like 3rd or 4th ed the codicies would list vehicles’ crew compliments even though it had no effect on the game. Shame as it would’ve been nice if crew could get out when their tank gets totalled and run around the battlefield.

You coukd do that in warhammer fantasy in 4th when a warchine got destroyed. The crew could win games

Are their vehicle rules for Necromunda, or will you be using Gorkamorka or 2nd ed 40K rules for it?

Ash wastes rules were printed in various
Publications such as fanatic magazine. And some
Legend at Yaktribe (where I am but a lowly lurker) uploaded and compiled them in one document.

You still need original Necromunda to play. Think of it as an expansion pack.

In short, yes it’s gorkamorka. The biggest difference is the boosting thing isn’t a thing. I guess even mutants and ash wasters being some of the most unhinged people you’d ever meet still ain’t quite as mad as the average ork! Haha

The missions are nice. Good mix of Necromunda and gorkamorka. Plenty of opportunities to run around multi story death traps in foot missions and plenty of chances to get all mad max (including the classic rolling road scenarios from GoMo)

Don’t forget there are some great civilian style Imperial vehicles in the Cults range. Atalan Jackals even come with a quad bike.

Yeah I think a few of my mates are gonna do bikes from the genestealers. Great models

Great start, and some lovely details like the scratched x on the sword. I looked into the ash wastes gang and even had a few models back in the old school necromunda days. Haven’t gotten into the new version, but perhaps I will, I still have a painted OOP Redemptionist band, a few Eschers, Pit Slaves, and unpainted Arbites.

I never got into the new Necromunda game. Alt activation is cool but I felt the campaign was dumbed down a little. Also new releases and crazy over powered special models etc- not for me. Give me a dead game any day. The fans own the dead games the company owns the living ones haha 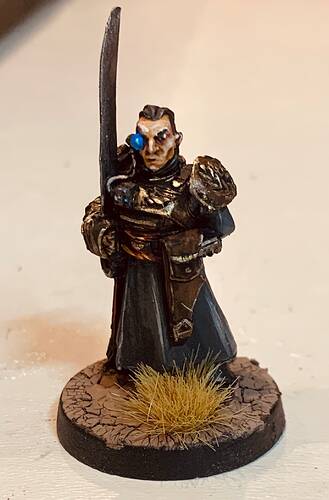 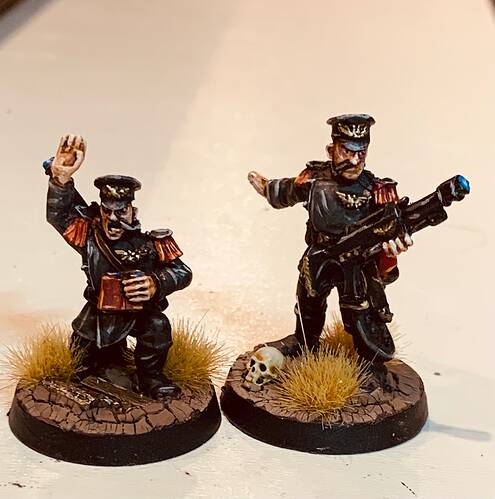 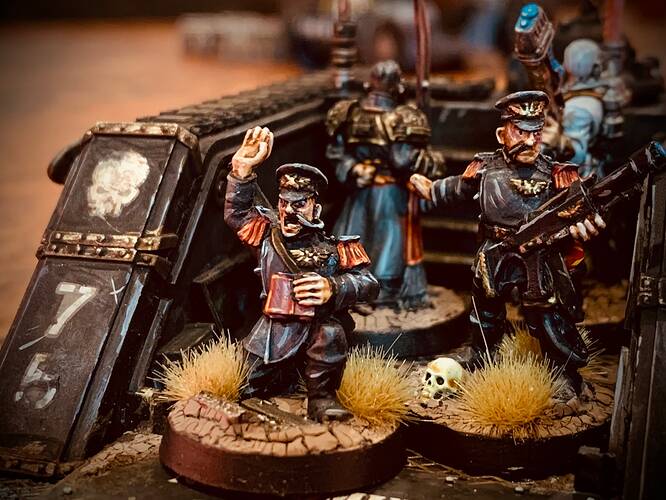 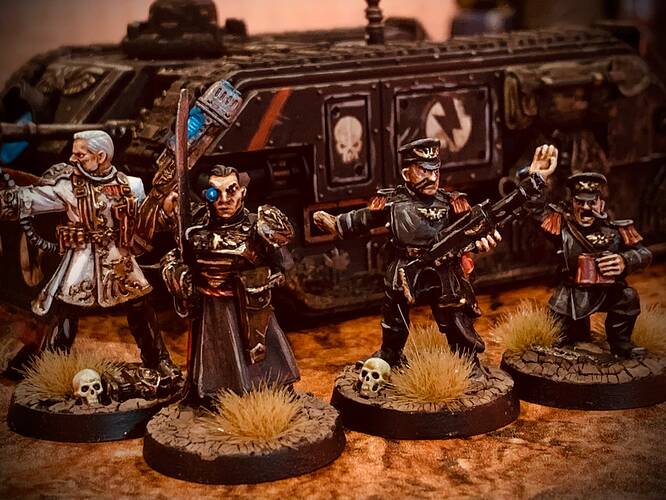 And some family photos

Presumably Sir Greyhair is a reincarnated Hamlet S-D-G after his soul got ripped through the warp. He’s got that energy. Maybe he even has a subconscious hatred for squats.

As someone who will never paint an Imperial Guard model that’s not dead on a base, skewered, being eaten, or some combination of the former, I really like the look of this scheme. I think you chose wisely.

Feels like he has a very conscious hate of everyone

Oh for fuck sake it’s too cool not to do.

Must
Sneak
Sweindergott
Reference
Into
Warband 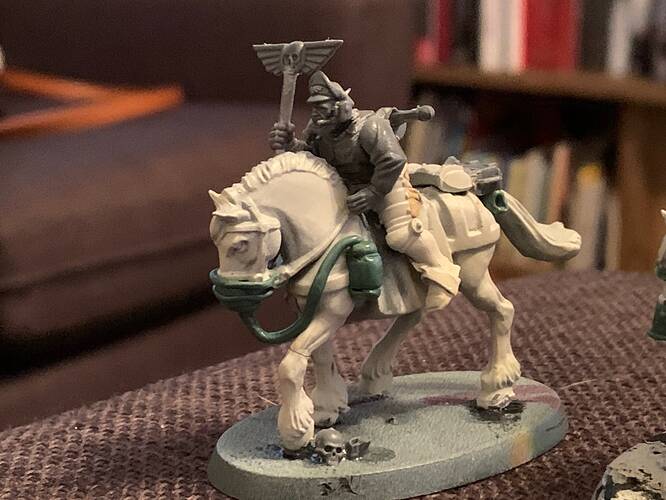 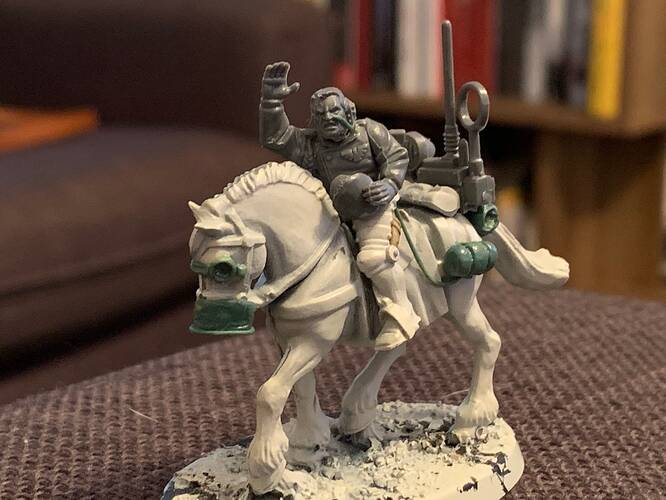 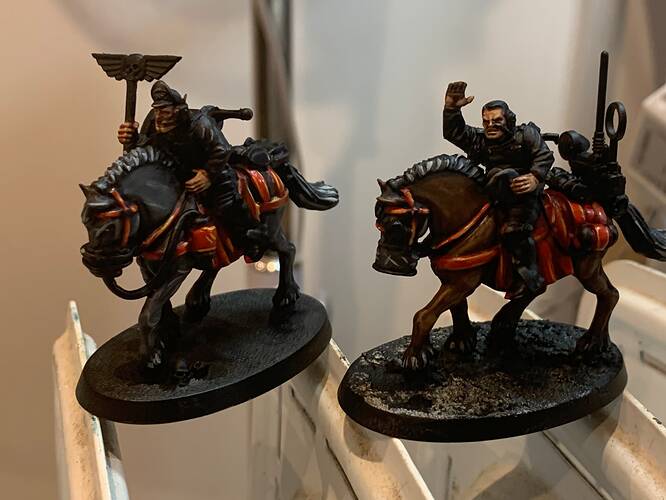 Early wip on some ash wastes cavalry. Probably 2 more painting sessions to get done I reckon. I tend to take my time more on skirmish projects like this 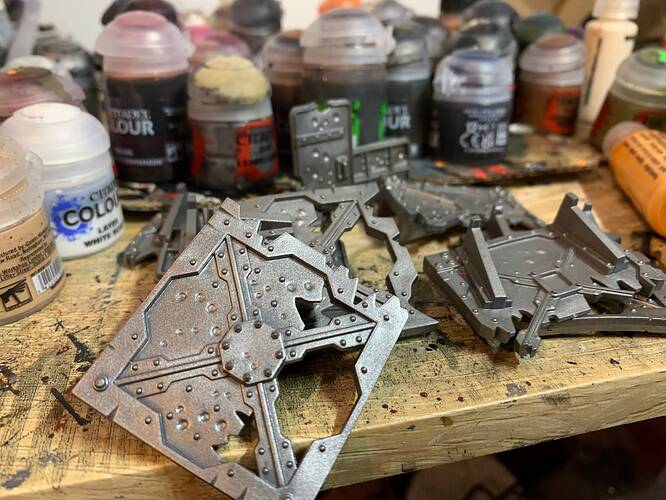 image1920×1440 272 KB
When new Necromunda came out I bought it and sprayed these. Never touched them since.

I fixed that today. 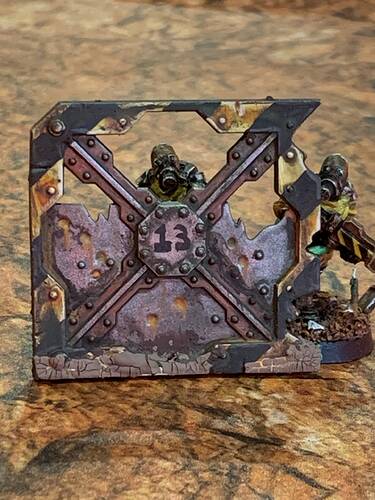 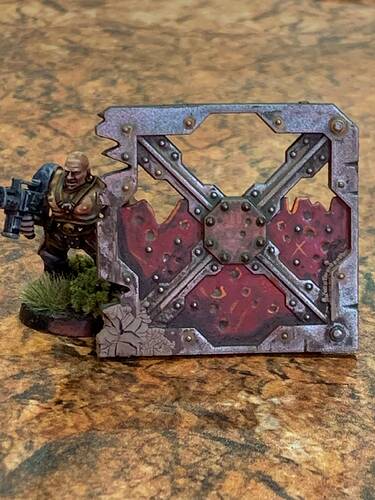 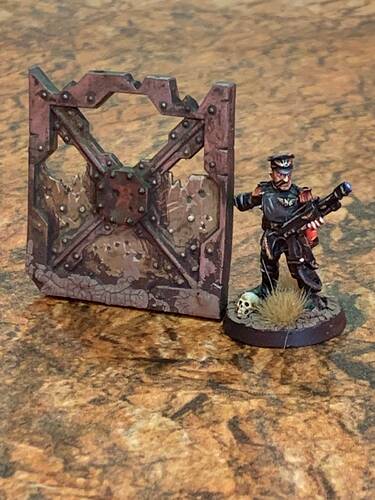 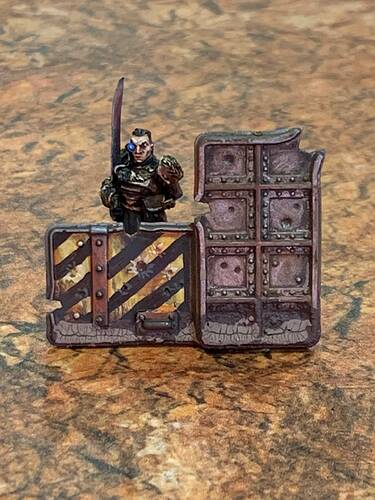 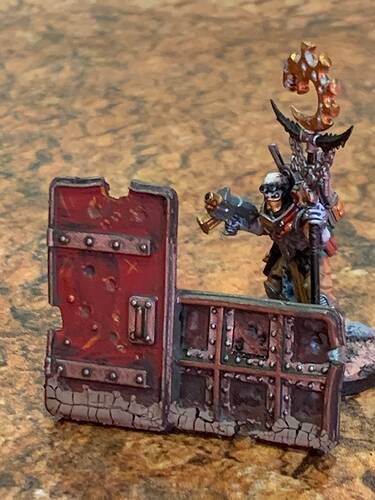 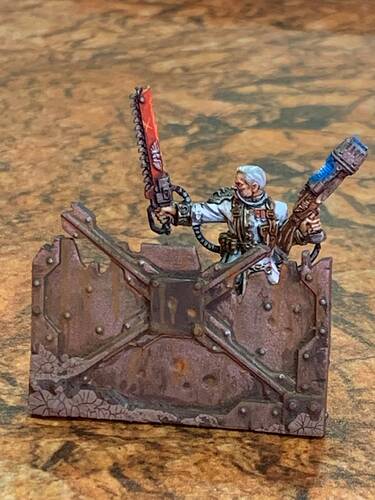 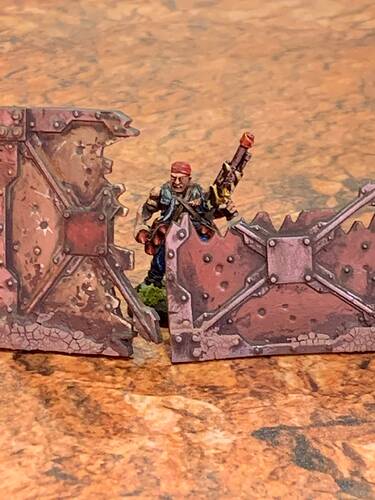 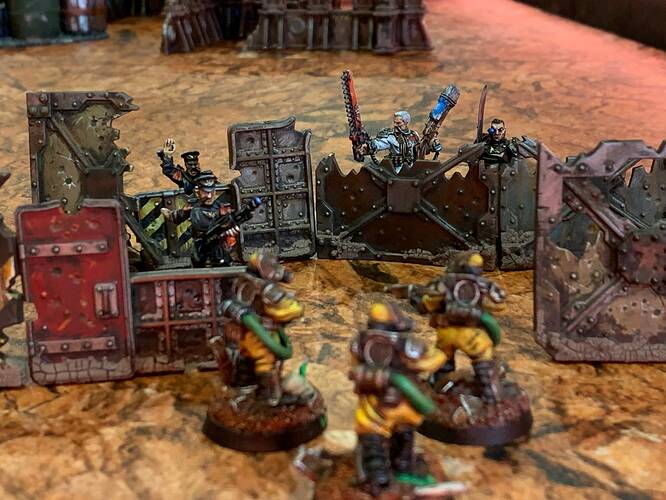 A bit more grey (silver?) battled and my ash wastes board is looking better for it too!

Looks great, you are a machine!

What rules do you use for those riders?

In ash wastes there’s an upgrade of riding a “small beast”. Give you double movement, +1a and +1 armour save . However you can’t climb things and stuff anymore. Horses felt like they fit that quite well.