A quick photo to show my Navy including my newest Battleship from the Golden Hat 34.
I’ll find older stuff later. 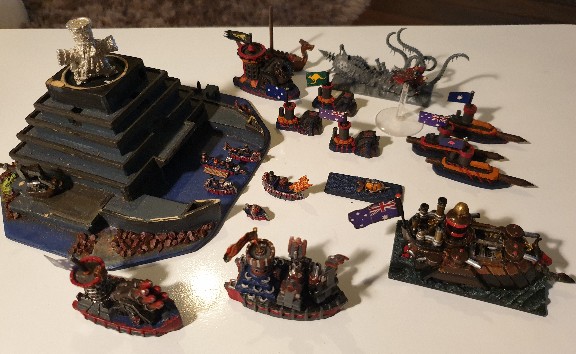 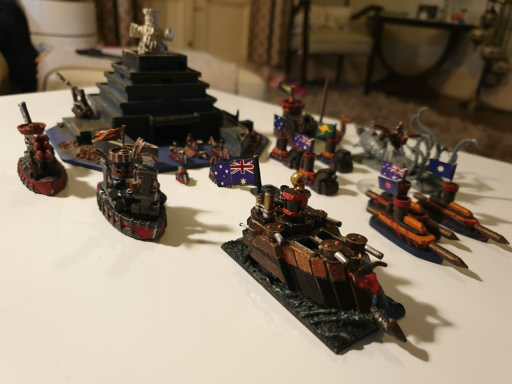 A great looking force you have there with a formidable new addition. Well done!.. and nice to see the ziggurat as well… A really cool piece. Is that new model scratchbuilt? Seeing an array like this makes me consider giving Man O’ War a go.

Hey mate.
The new ship has its foundation from the Dreadfleet Dwarf battleship. I’ll dig up some WiP’s soon. Basically I cut away anything that looked dwarfy, built the cages inside the hull, added the walkways and deck plates. Layered more 'armour" on the outside to try and reduce the tubby look. Built the ram, added the bulls head.
My drawn version from a previous artisans has a steam gun firing out of the bulls mouth.
The cannons are built from those little round plugs you used to get with light switches and power points that covered the plates securing screws heads and some plastic tube.
And the conning tower is one of Atom Taylors (Old school minis ) hats.