My group is enjoyning Bloodfields from Titanforge rn and i am starting a Chaos darf Warband and Like to Post my Progress Here. 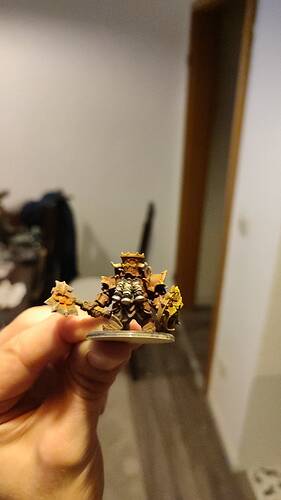 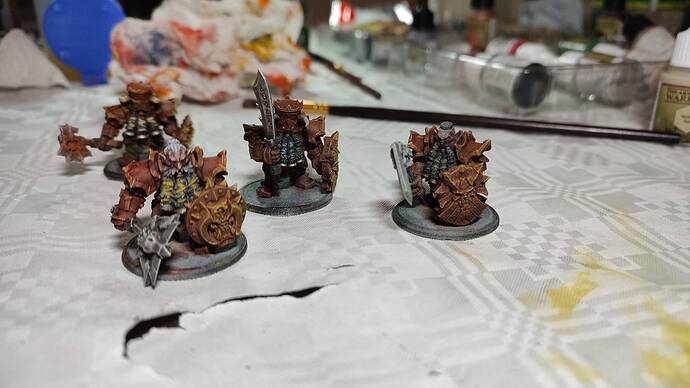 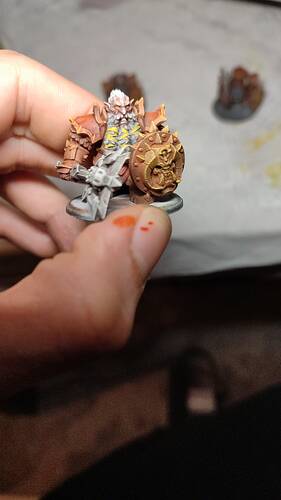 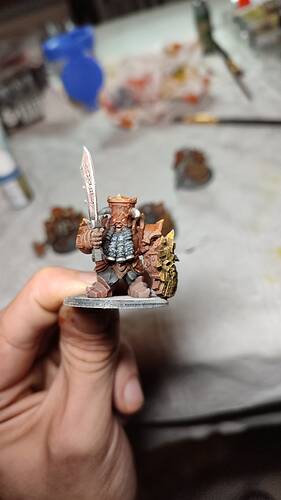 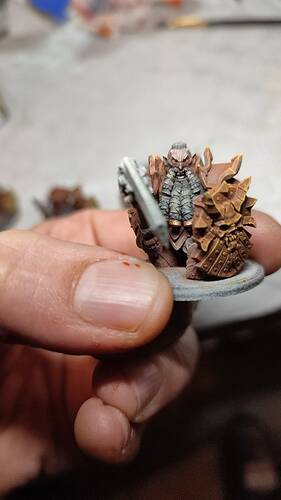 Nice!
At first glance I thought that you had added “tufts” to this guy, making an actual mohawk: 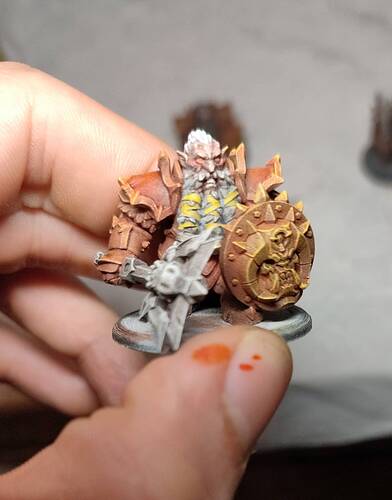 These are great paint jobs so far! Keep it up!

Where are the miniatures from? I don’t recognize them offhand.

Haha i See it now too. Actually that Type of Mohawk could fit that Guy very Well…maybe ill think about adding Something now.

The miniatures are from Titanforge. They Have a Lot of different STLs (I think their Dragon Empire Line is better known) and ive used Some of their Miniatures for my Chaos dwarf Army, but already Had enough warriors and didnt need more even i Liked the sculpts.

But then they released bloodfields as their own skirmish system and reinvented their Miniature range to fit that System. So im not Sure If there is still more Options to build the Warriors. Ive only got STLs for those 4 and for the Rest of the Warband, which i will Post Here when they are done. Ofcourse you could Print a bigger unit, but a Lot of them will Look the Same.

Anyway Here ist the Link directly to their corrupted dwarf Warband If you are interested in having a Look for yourself:

Corrupted Dwarves (also known as Kashan Vra) are a Bloodfileds army. In this fantasy skirmish wargame you clash against the enemy on the battlefield. Get your corrupted dwarves miniatures here and bring them to the tabletop.

Here is the next addition for my Warband. Will attempt the bases when i am finished painting all 10 Miniatures. 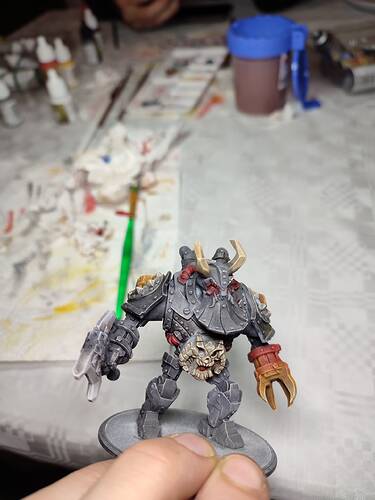 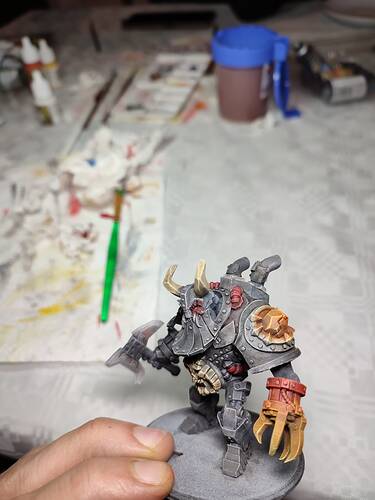 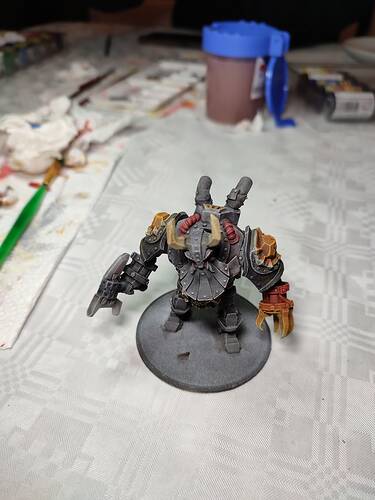 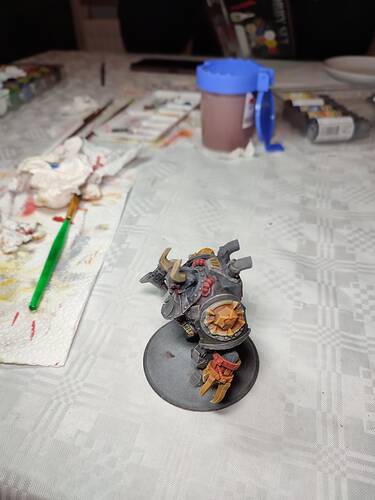 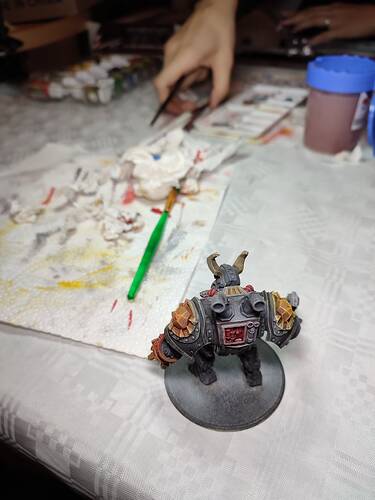 And another one finished. Took a little more time compared to the Warrior and tried to Paint how the Metal of the gun cools down toward the lower part, but i still need to improve on that Front

does one of you has a simple technique that works well?

Still quite Happy with him:

And funny what different (Bad) lightning can cause:

But i somehow Like whats going in in His “face” there

I like what you did with the end of the gun!

Just seeing this thread now! Titan Forge Chorfs are not as commonly seen as other suppliers and I really like what you’ve done with them, especially the mechanical construct. I hope for our sake you don’t stop at a warband’s worth! Keep it up.

Thanks for all your comments Guys! I think there is nothing more motivating to keep painting

Finished another two. Only 2 more (and bases) to Go for the complete Warband. 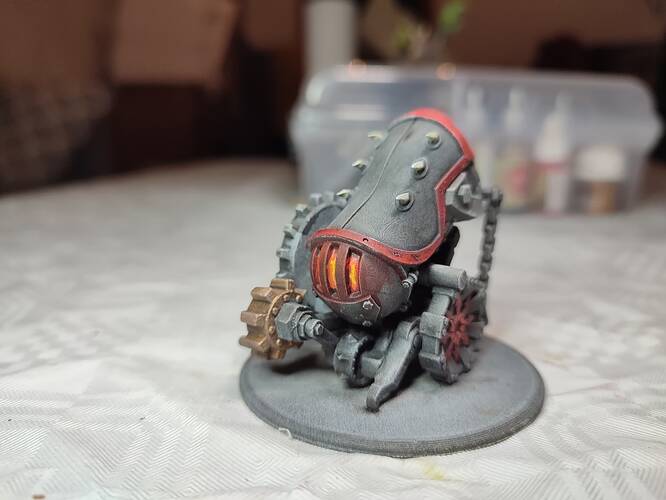 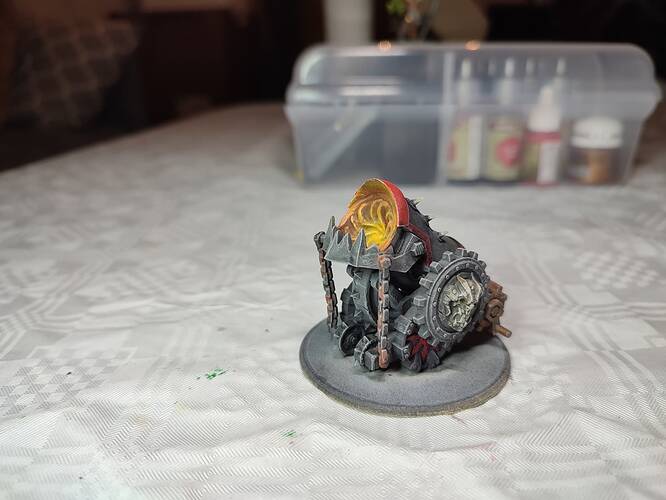 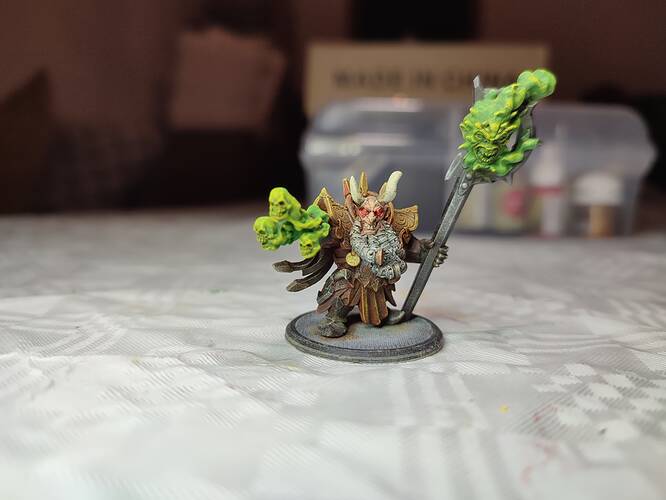 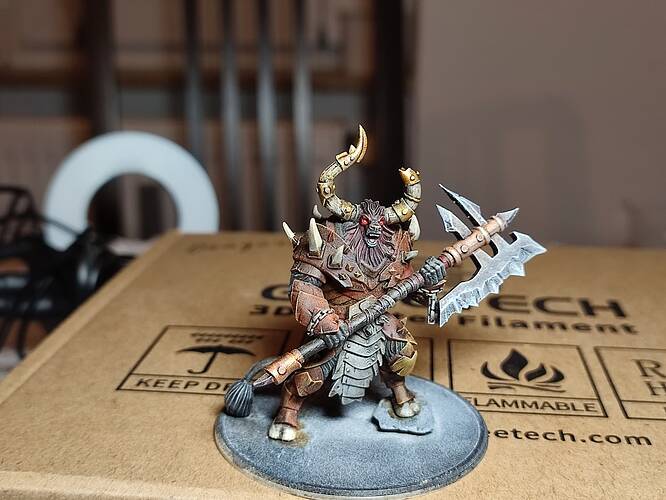 That’s a nice cannon, what model is that?

Invocative painting on the Sorcerer.

Its the Cannon from the Corrupted Dwarf Warband by titanforge Miniatures. Here is the Link for you again:

But am Not super Happy with my result Tbh. Will See how it looks when bases are done and Maybe rework it a Bit