Chaos Dwarfs could be the next race for Total War

Could you share the link to the mod please?

I’m glad you asked @Deebo because my next question was about the quality of the CD mods. There are three which I know of, though there may be more.

I haven’t played any of them yet due to my aforementioned apprehension over possibly compatibility issues (thanks to @chitzkoi for the answer on that). One thing I’d wanted to discuss was the quality of the unit models…one pet peeve I have, which I admit is silly, is that some mods I’ve seen on YouTube use regular goblin models as stand-ins for hobgoblins. That annoys me to no end. Perhaps if there are other mods out there, we can collect them all in a single list for evaluation. 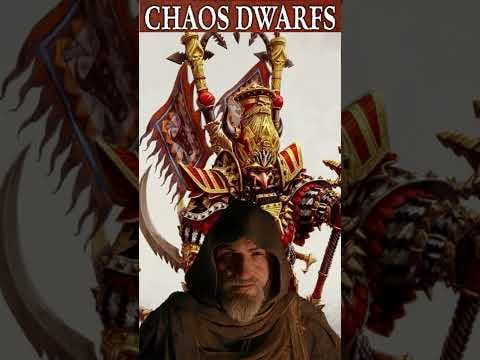 Looks like they’re coming in the next big update!

This is a gift from Hashut! I can’t wait to see their introduction video!
Although I must say I have not been able to play the damn game! It keeps crashing!
Nontheless, CDs give me patience.
And then, who knows what will follow?

This is undoubtedly the case. Just like the Tomb Kings, they are the first and largest empty space on the map and will be first. Tomb Kings were released only four months after the game so it is possible we will see them sooner rather than later.

Although I must say I have not been able to play the damn game! It keeps crashing!

I’m always worried about things like this because I’m computer illiterate. Have you notified the Total War forums with the details of precisely how it crashes? Is it like, when you click on a certain function, or does it just crash as soon as you open the game?

Oh wow, big news indeed. One of these files mentions Legion of Azgorh too which is very interesting on which direction they will go with these…we might see some crazy warmachines here

I will call it treason if Astragoth isn’t our main faction lord. 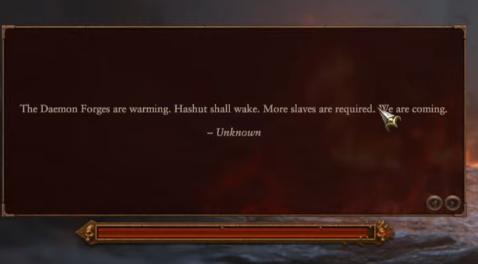 And then there is this little tidbit.
It might give us a clue about the campaign objective.

Worth pointing out that the advisor talks specifically about the Legion of Azgorh. I reeeeeeally hope we are going to get “regular” Chaos Dwarfs too, not just the Legion. Hey, Zharr Naggrund is in the game, so I think that we are going to be ok!

That has me a tiny bit worried, too. I was (and am) really hoping for Zharr-Naggrund under Astragoth and Legion of Azgorh under Drazhoath as competing CD factions.

Oh man that would be cool.

If the go all in LoA they’ll only have one named character, not a played but from the outside looking in they like named characters don’t they? Can’t imagine they’ll have just one

Can’t wait for them to add Chaos Dwarfs, fingers crossed it drops around the time of Immortal empires. Wouldn’t surprise me if we see something sort of in the middle. I expect they will all be modelled on the LoA and this aesthetic will probably be carried throughout all the CD factions. I do expect we will see factions at Zharr-Naggrund etc under Astragoth though, with slightly different playstyles/mechanics as per all the other legendary lords

Generally speaking, all DLC factions are released with 4 Legendary Lords in their roster. I reckon that Drazoath and Astragoth are a given, with a fighty lord to complement them (either Zathan or Rykarth I reckon). For the fourth I would like to see Shar’Tor. I know he was created for AoS specifically, but a towering Bul Centaur giving Kholek what for would be soo cool!

I think you’re probably not far off. Also wouldn’t surprise me if they threw in a Hobgoblin lord as a curveball… Gorduz or Oglah potentially…

Oh my days I forgot about Shar’tor

Problem I have with this is that Chaos Dwarfs would never fight for a Hobgoblin general. Maybe only part of his army could consist in a CD contingent, but so far leaks rule the Eastern steppes out, which means that the Hobbo Khanate is never going to happen (for now at least). I mean, an army consisting only in archers, wolf riders, sneaky gits, and the odd CD unit sounds kinda restricting.

As soon as I start the campaign.
I’m starting to think my computer might be the cause.

I would say for me, the game runs pretty similar to WH2. My laptop is starting to show it’s age but gets by alright 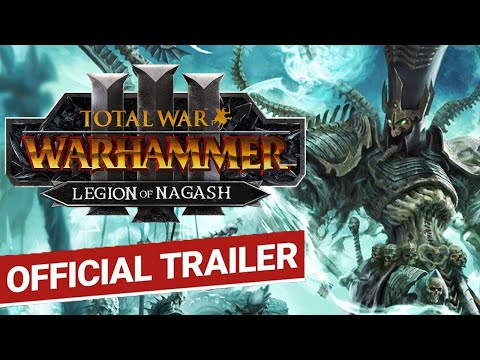