Chaos Dwarfs could be the next race for Total War

So, for those who don’t know the trailer for TWWH3 dropped earleier today: 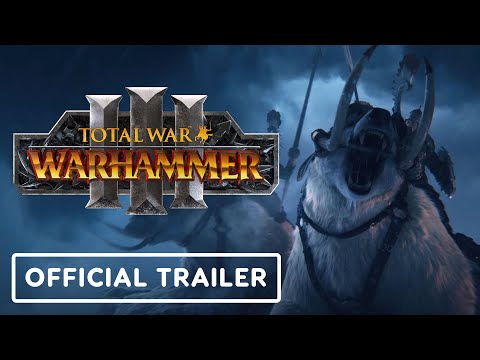 As you can read on the game’s Steam page there are going to be 6 starting factions: Khorne, Tzeentch, Slaanesh, Nurgle, Kislev and… Cathay. Yes you read that right. For those who wonder, GW was directly involved in the production of these 2 original races, watch the following video: 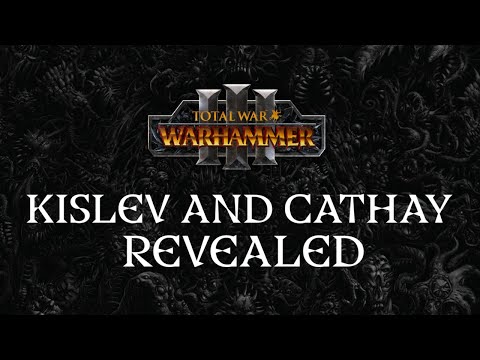 CA said that there is going to be a bonus DLC race dropping for the third game as pre-order bonus, and that can only be the Ogres or Chaos Dwarfs. Now, lately in game 2 A LOT of territory was added east of the world’s edge mountain, as far as Pigbarter in the east and the Silver Pinnacle up north, plus the only “blurred” part left of Warhammer 2’s map is the Darklands. I have a strong hunch that this summer we are going to become officialy a playable race in one of the most accomplished Warhammer videogames in history

Please Hashut let it be so.

It is quite possible as Kislev and Cathay are pretty much separated by the Darklands. It would be weird not to add Zharr Naggrund and its inhabitants then!

Yeah I’m not sure what they’d put there other than generic chaos factions? rebel dwarfs? bleh.

Before the Tomb Kings release in WH2 they leaned on vampires to cover those lands.

This is this year’s gift to me. Kislev and Chaos Dwarfs. The wait is going to be painful.
I must say I never dared to think they would go with Cathay.

If they add Chaos Dwarfs it will be a must have for me, well probs all of us lol
If not… it will be one less distraction from my painting haha

Oh, fear not, it is going to happen. Question is when: either this summer as a pre-order bonus, or as a future DLC. Believe it or not though I am more excited to see what they have done with Kislev and Cathay. This is the first time that GW has added a new race to the Fantasy setting since Ogres came out in the early 2000s and… boy am I curious. Especially because there is a very strong possibility to see these guys released as a playable army once Warhammer the Old World hits the shelves.

Fairly sure Kislev will be getting minis - in one of the Old World preview articles they showed off some Kislev concept art iirc. 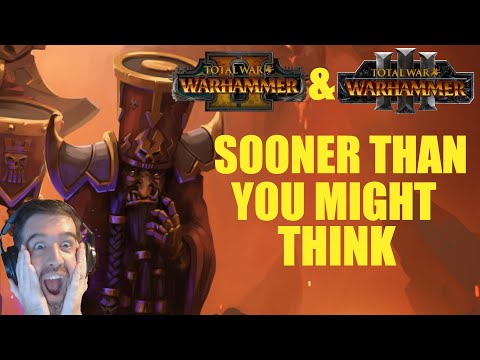 Worth noting that we are back on the map… 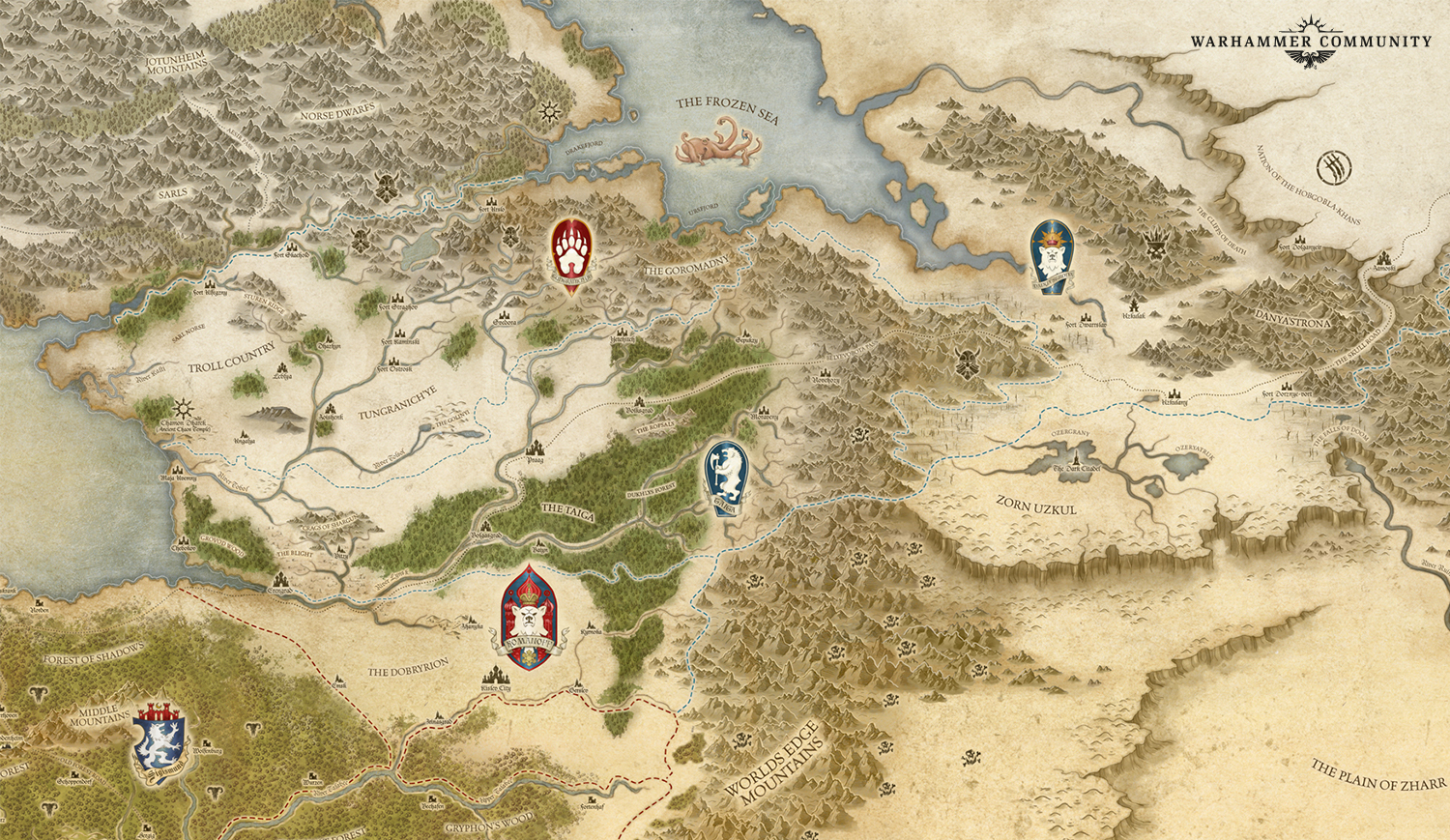 Very interesting, Dominion of the Hobgoblin Khan up in that corner too

That map augurs a lot of potential differences with the map and faction divisions we know. I don’t see Uzkulak, I see a dwarf logo where Karak Vlag should be, Kislev names all the way to the Mountains of Mourn… I also see rivers and lakes in Zorn Uzkul. I bet the CDs killed them all eventually.
I hope this is a promise of new content about Kislev and its relationship with the east. It would force them to deal with CDs.
Intriguing. Old World better come quickly.

Good spot! Karak Vlag disappears in 2301 at the height of the war against Chaos, exactly when The Old World is set.

And Uzkulak is there! Zoom in on the mountain range with the

(and btw: that is a Chaos Dwarf icon, right?) For me it says Uzkulak there beneath that city (or whatever). Chaos Dwarfs confirmed! The lakes and rivers in Zorn Uzkul were also in previous maps, but maybe they didn’t carry any water anymore after the 200 years between the settings.

But who knows something about The Dark Citadel in Zorn Uzkul?

You are right about the lakes and rivers in Zorn Uzkul. I had forgotten.
I’m still wondering about Uzkulak because it is supposed to be a port in the frozen sea. Maybe it is just covered by the Kislev icon.
I really hope Karak Vlag is still there. The lost hold deserves some attention.
Overall, this map makes me hope the setting will truly focus on new places and circunstances. Maybe interractions we never saw in the old seting. Like Kislev and Karak Vlag dealing with how close the CDs are to their borders.

Yeah I think it’s pretty much established that TOW will be set at the end of the 2200’s, right at the war against Asavar Kul and the forces of Chaos, culminating in the Battle for Kislev.

This is all very exciting! I am going to have to make room on my drive and get ready for this - On the other side, part of me is screaming and chucking tantrum for the possibility of something eating into my preciously small amount of free time and my Warhammer room getting neglected for the computer room LOL I so need a device that pauses time around me so that I may spend a few years each on all my hobbies… poor old RC car has cobwebs and dust all over it and I have not looked at my BIG toys in the shed for sooo long

CooP campaigns are the answer for TWW! paint/hobby during your coop partner’s turns!

That is a good idea, what I need is one those old nurse table things on wheels and then I could wheel in a little paint station while I play! I do love a good hobby multitask

Help out your fellow dawi who’s sorely lacking in computer skills…were I to download a CD mod for TW2, would I find complications if/when an official CD army became playable in TW3?

We do seem to have a good chance for an appearance in the third installment, but I lack patience and need my fix of magma-infused evil.

I have other requests for assistance with my computer illiteracy and TW2, but I’ll leave those for another time; I can only absorb so much information.

Mods can be activated or deactivated, but save files will be unusable between versions, so if you deactivate it you’ll have to start new campaigns. Super normal and fine