Why hasn’t anyone written that Baggronor has released a new model yet!!?!! 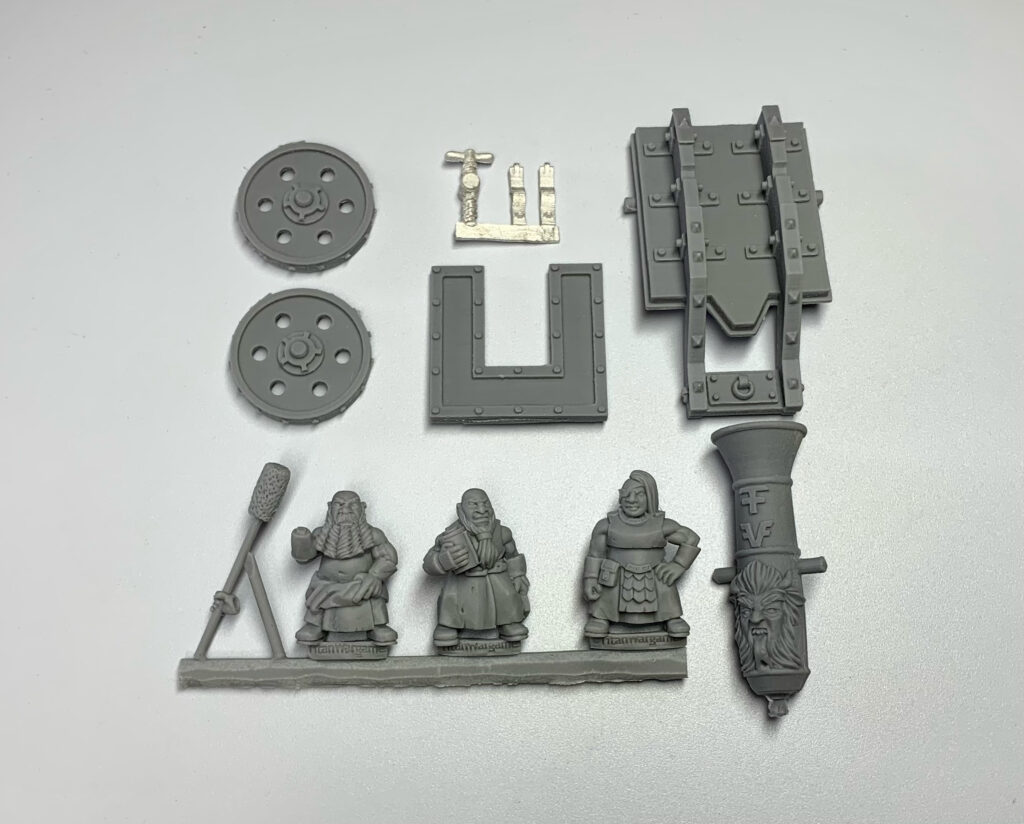 Edit:
The model has been ordered!

@Baggronor youve outdone yourself here mate! Was following the wips of this on FB. Great stuff

Wow the quality in these sculpts rivals the great Kev Adams for me, hats off mate they look incredible

My cannon arrived in the post a few days ago, and I’ve already started assembling it. I’ve started mounting the crew on my usual 20mm square weighted bases (with a fender washer glued under the base), and I’m mounting the cannon on a 50mm square base, so they match up with the rest of my Tenth Legion force. I actually mounted the gun shield, as I would think most crews would want some sort of shield between them and whatever is coming at them.

I also got another batch of the cave goblins (thank goodness they’re still metal, as plastic models have no heft to them). Here’s hoping Titan releases more models along this line, and maybe even some of the critters mentioned in Thommy H’s fiction pieces on the Titan site.

I finished my Shrapnel Cannon a number of months ago and was duly impressed with how well it came out. Sadly, I’ve yet to get to put it on the game board and use it. Rules-wise, I’ve used the old warscroll for the Flame Cannon (another old fav from my 1990s era Dwarf Army), as I picture it working like an old-fashioned cannon firing canister or a ‘beehive’ round, which would be like a huge shotgun shell, and so it would be different from the other Artillery options used by the Chaos Dwarfs.

Description: A Shrapnel Cannon consists of a single war machine that can belch a devastating Shrapnel Blast, and a unit of 3 Duardin Crew equipped with Tools.

A pity the modern rules don’t simply use the old teardrop-shaped template, as it would be more appropriate.