Half of Bull Centaur torso

Heyo! I came into a whole bunch of OoP metal Fantasy bits and came across half a bull centaur. After hearing about your community on the Crown of Command podcast I decided to come here to see if it can help anyone complete a model. 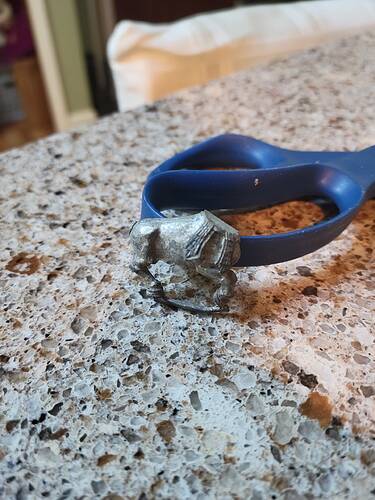 Is there somewhere else I should post this or is it not a useful part?

Nah this is the place dude. It’s just hard, being half a model, to find it a home. They very rarely got separated.

Someone will eventually need it! If someone is missing this part it would be a real bear to track down.

Oh good! Well I don’t frequent this site, so would someone be interested in holding onto it in case that situation does arise?

I know for sure that I have a half body of one of these guys in a box. I’ll dig it out later tonight and see if it could marry up with this or not

[update] I just checked through my boxes and found the bull centaur halves, except I found matches for everything. Looks like this will go u claimed by me for now!

Thanks everyone. I’m heading off but if anyone ends up needing this send me an email at laxfox620@gmail.com

So I am not the only one! I had a bunch of these half bodies. I fixed the issue sculpting my own missing parts 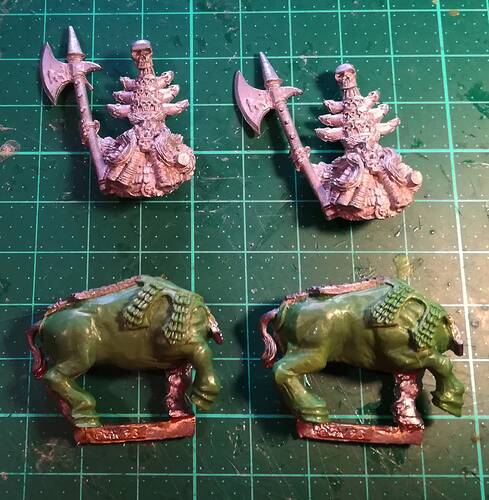 Good grief!! I only wish I could sculpt at this level. Holy Hashut that’s amaze-balls!

Not in need of a half torso, but I just wanted to say that it can easily be glued onto a wall as a sculpted relief. And @Bassman should start to sculpt for casting.

@Nicodemus thanks!
@Admiral nice idea with the relief on the wall!
If somebody is interested I am open to collborations for casting miniatures

I am in need of a half bull centaur body. Unfortunately it’s the half you don’t have.

If somebody is interested I am open to collborations