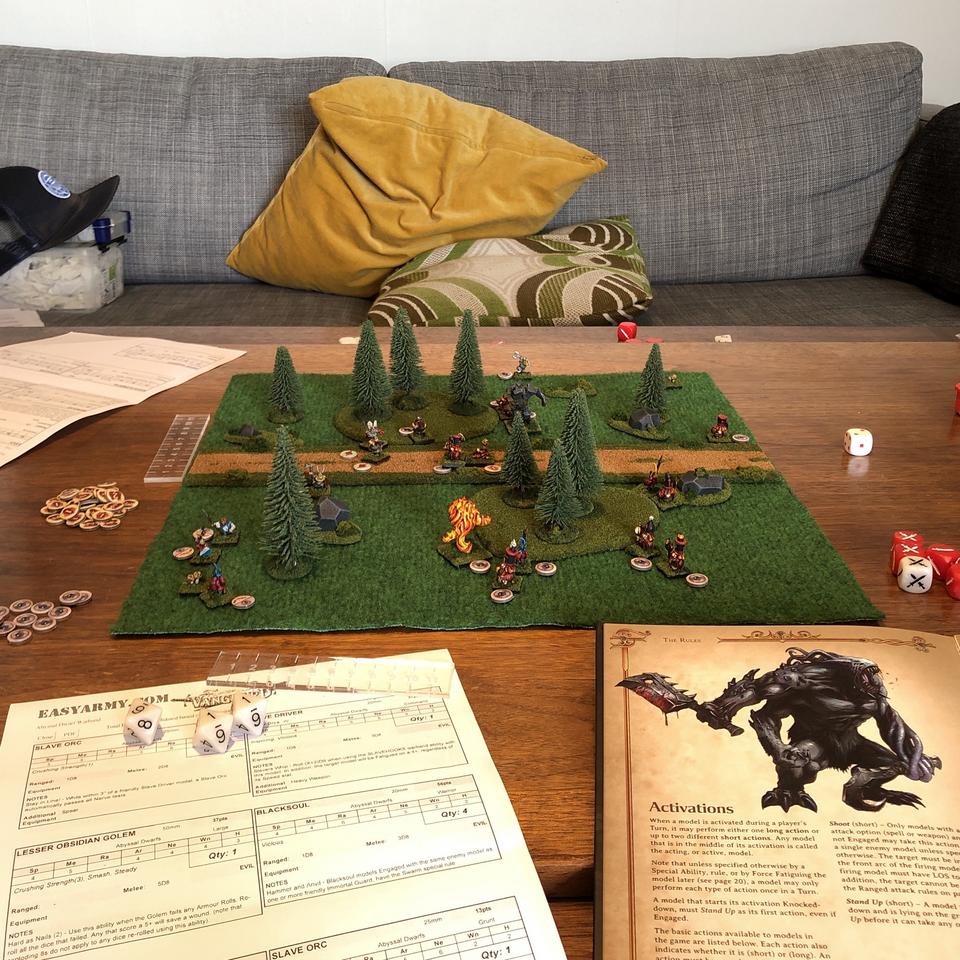 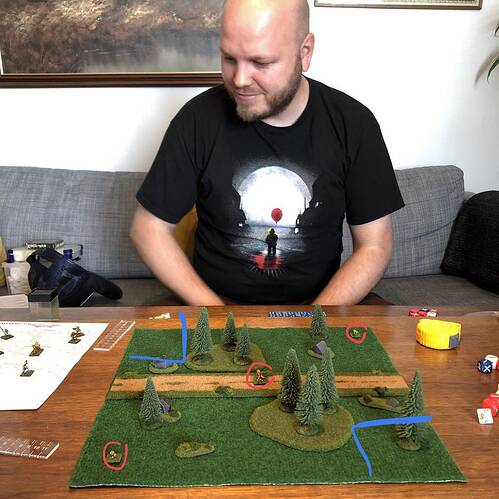 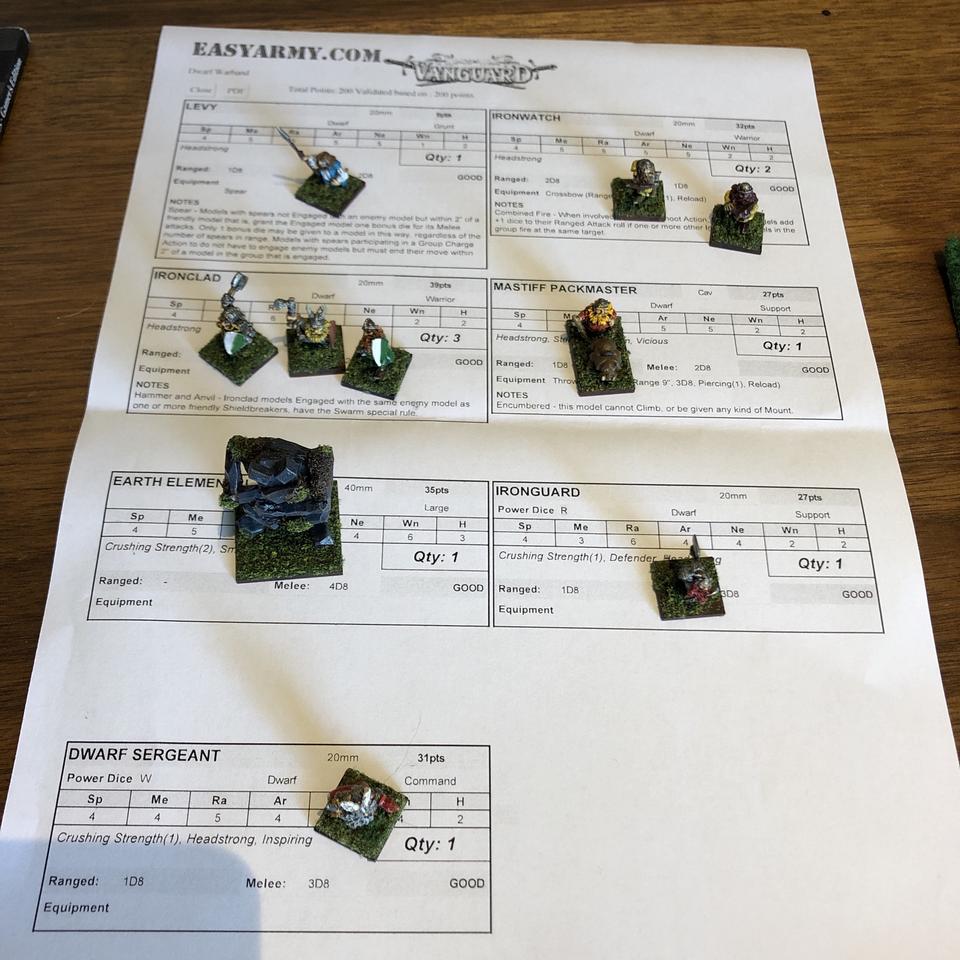 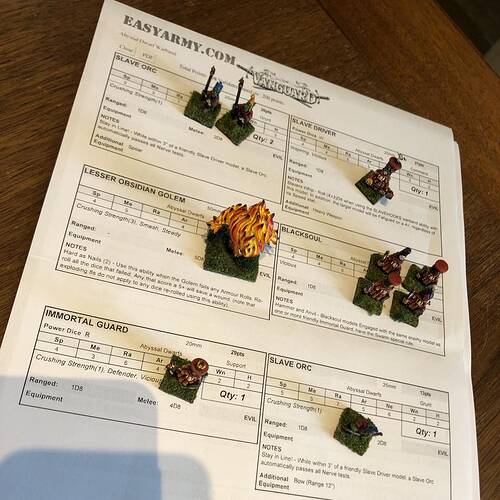 Our hobgoblin scouts reported of a Chaos Dwarf corpse sighted on the on the South Eastern roads down towards the coast of Bari. The Hobgoblins took notice of some odd fungal growth around the dead dwarf and didn’t dare to approach it, suspicious as they are. They also noted that the dwarf seemed the be wearing the insignia of the coastal gard garrison.

Our forces quickly located the corpse and as well as a small troop of Free Dwarfs searching the area. These lands were believed to cleared of such weak filth, but our patrol wasted no time and readied themselves for battle. 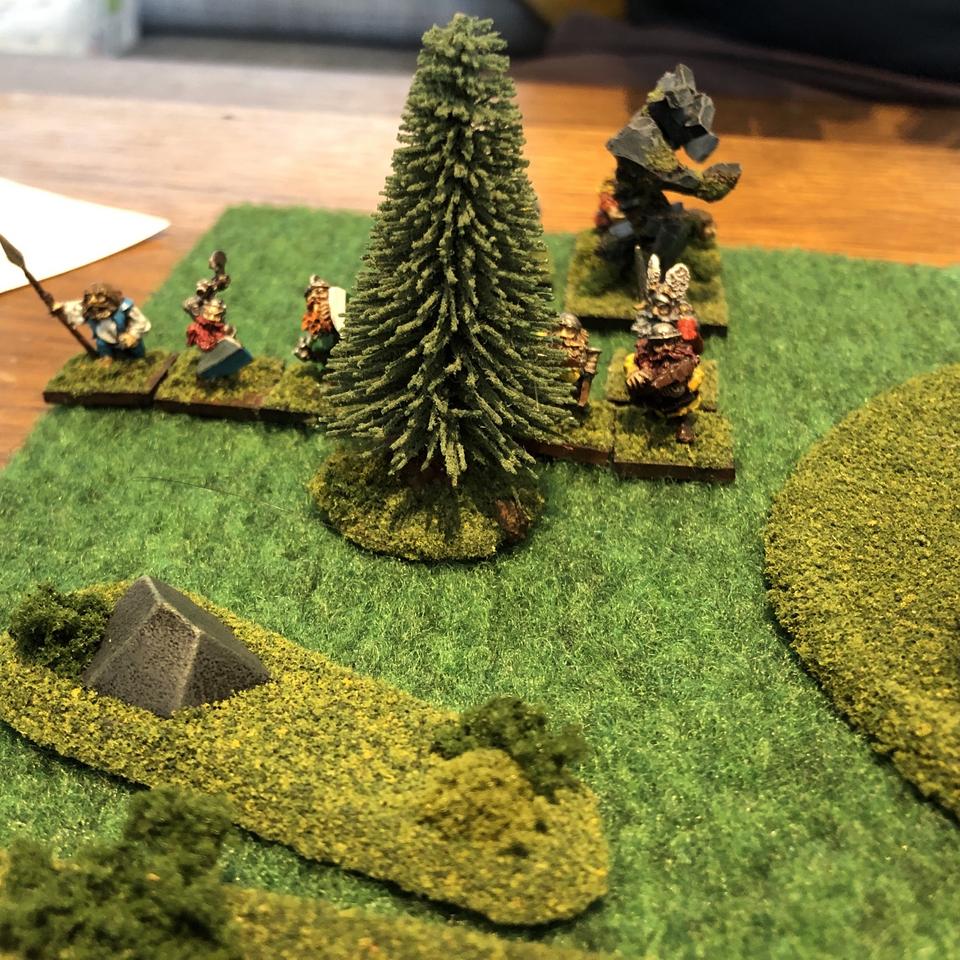 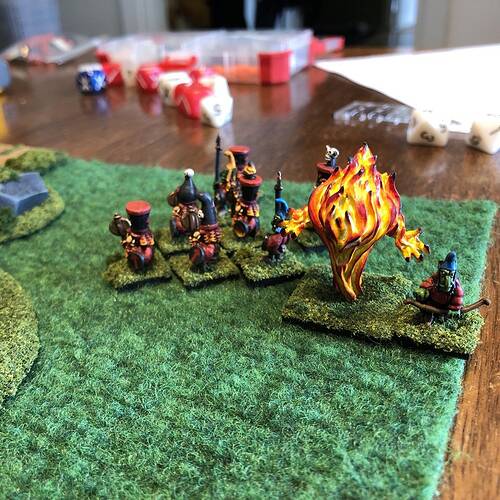 Both forces spread out to secure as much terrain as possible, while the Free Dwarfs approached the corpse. In a mistake that can only have been made by a young beardling the Free Dwarfs shouted “The trail leads to the south, he must have hid it there!”. 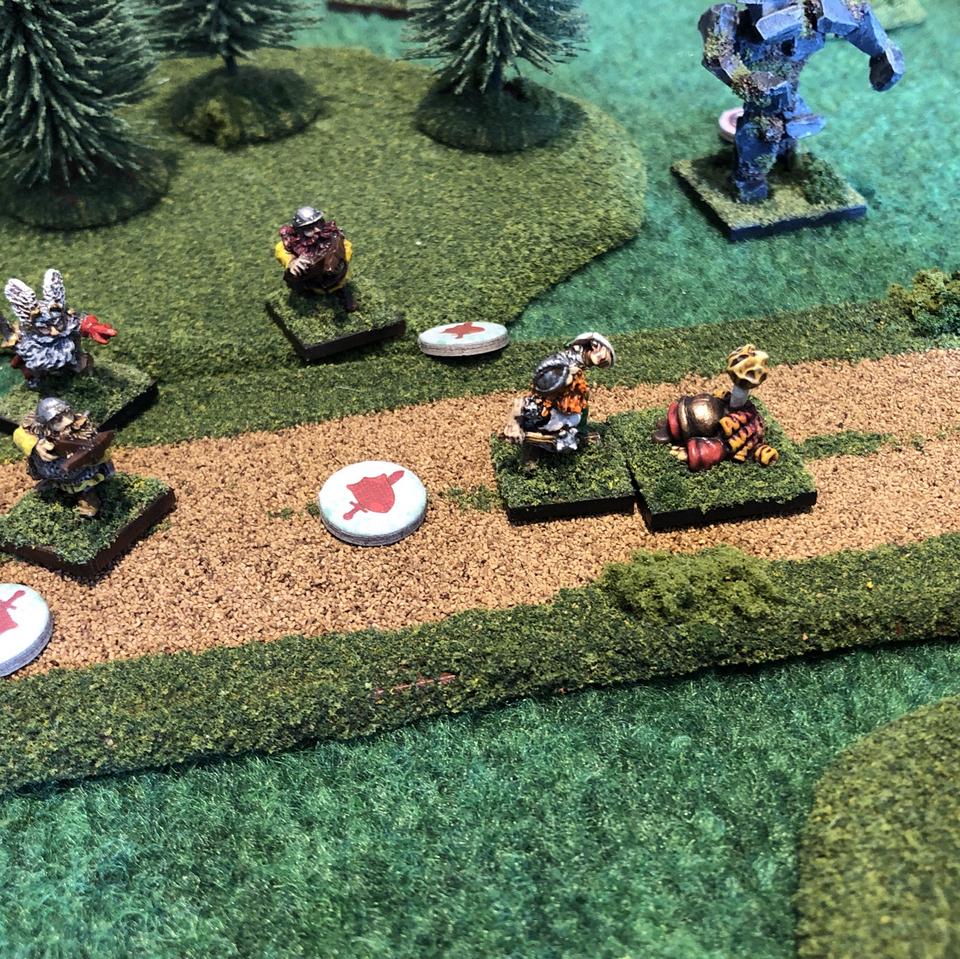 The slave orcs were made to leg it to intercept the Free Dwarfs retrieving whatever the were searching for.
Among more odd fungal growth the slave orc found a satchel with an insigna of the coastal gard, and hurried back. 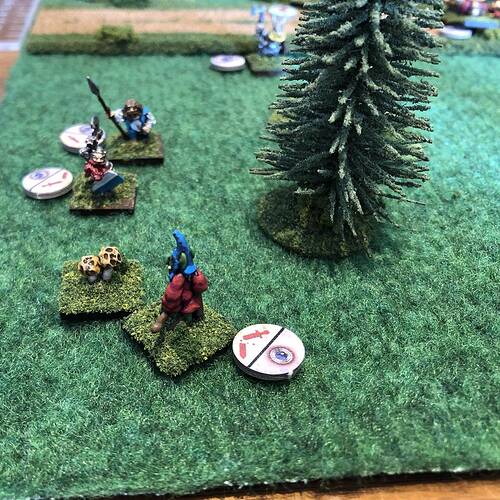 The Free Dwarfs, usually not this aggressive and reckless, stormed after the slave orc and cut him down. But at least the worthless maggot bought enough time for our troops and our trusty Kdaii to engage them. The Free Dwarfs panicked as they were set ablaze by flames and our patrol secured the satchel. 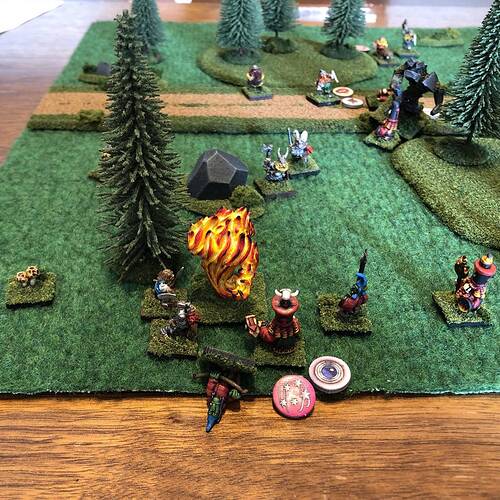 The Free dwarfs managed inflict grave casualties on our patrol before the last of them fled the field. 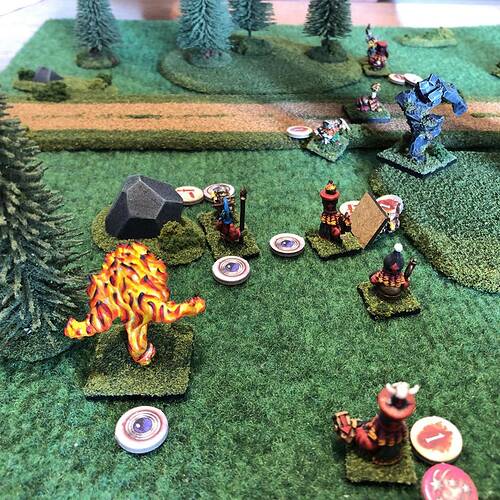 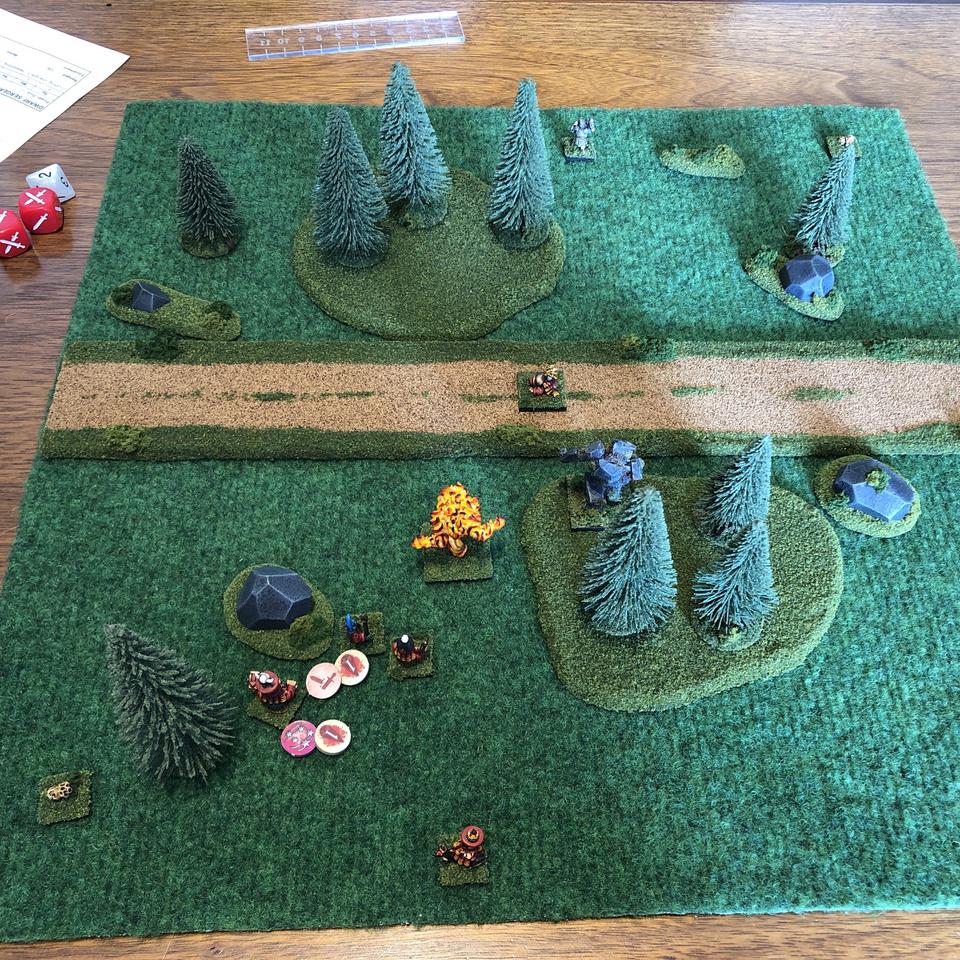 The satchel included a few empty water bottles and some bread crumbs as well as a hastily penned map och the coast and some notes which read of a huge force of Free Dwarfs that had been sighted at the coast. Delivered and supplied by what seemed to be Imperial ships. Either they Free Dwarfs must have finally bowed to the crown of King Golloch or a fools bargin had been struck. Either way the patrol hurried back to Zar’Kraz to warn them about the newly arrived force… 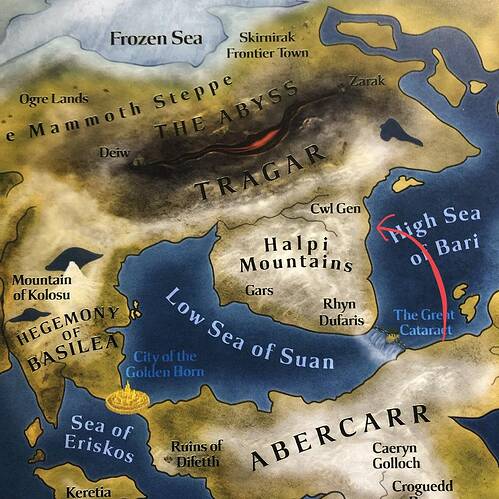