This mod basically recreates the Warhammer Total War Immortal Empires map from Warhammer II Total War, the differences here are that the Dawi Zharr have had Hashut himself dictate that the time is now for the Sons of Hashut to finally strike out at the Old World in Hashut’s name proper, and so the Dawi Zharr set up colonies in Albion, conquering it from the natives, the place is overran with unquiet undead, Norscan and Chaos Warbands(Chaos as we know it ((Human Chaos)) is broken up into Undivided and Dedicated to X god Faction, of which there are 4), this may seem like a bad thing, but like all things Dawi Zharr, the Fire Dwarfs have turned it into their advantage, as it makes for great xp mining!

With the oddity of the Dawi Zharr in Albion, comes also Nippon (no not Cathay) also having colonies, though theirs is in Lustria, and the Ogre Kingdoms not existing as a faction, but as individual Ogre and Ogre units (not all are Maneaters) who look for employment in anyone’s army, so long as they can be fed regularly and get a good fight.

In this mod, you can play as a actual Chaos Dwarf, or as a “Night Goblin”(there are paths in character creation to instead be a Forest Goblin, or a Hobgoblin and etc), as well as one of the other playable factions (funnily enough the Halflings are a playable race, with a hidden culture you can reforge for the ultimate Halfling unit, the Moot Ogre!). Should you play as a Chaos Dwarf or a Goblin, you can but and equip equipment from the Dawi Zharr’s Colonies, where as other races can’t fit the armor, and may struggle with the weaponry.

The Chaos Dwarfs military is split between Hobgoblin units and Dawi Zharr units, the Hongoblins can become decent yet cheap infantry, or good cavalry, where as the Chaos Dwarf side goes down the range path where the end goal is the use of a buffed up blunderbuss, or becoming Daemonsmiths who fight on the front lines. “Secretively” there is one more path, but you need to own a town or castle for it, as you have to set up special “royal barracks” to get it, but it is a homage to the pre-Big Hat Chaos Dwarfs, with a single Chorf using a grenade thrower, as a shoulder mounted rocket launcher was a bit to much!

Lastly, you can recruit from any faction, so I for instance, went and nabbed some Orcs in order to train them into becoming Black Orcs, giving me my bodyguard of slave-troops. Whats fun about this is the RP effect, as with the Dawi Zharr having actual ziggurat cities in the Old World, you could easily make any factions troops fit as slave troops, and that means bringing along Dark Elves or even Skaven, as Skaven Jezzails go together wonderfully with Chaos Dwarf Blunderbusses, as you will now be covering extreme range, and close range.

and before I forget, magic IS IN THE GAME, yup you can be a Sorcerer Prophet of the lores of Fire, Metal, or Death (no Shadow or Hashut sadly).

Mount& Blade Warsword Conquest is a single player RPG, with heavy elements from the likes of Total War, especially Medieval 2 Total War, with many mods for M&B coming from the Total War series and mods for Rome (1) TW and Medieval 2 TW. So if you ever wanted to Role Play as a Chaos Dwarf, while at the same time raiding and looting the Old World, and having massive battles that you were actually apart of, this is the game for you, just one more thing…

SAVE OFTEN! its a mods that rewrites most of the game, so please try and remember to save often, nothing sucks more then having hours of gametime gone, just because the game had a brainfrat and crashed, so always remember, before you go to load into a battle, try and save, as it never hurts to reload, but you can’t reload if your last save was minutes or hours ago!

No way! I knew about a Warhammer mod, but I had no idea that our angry dudes were a faction in it. Thanks for posting!

The models look incredible - I just took a look at the Wiki. I like the realistic look, sort of like the Total War mods. Are there any pics of the towns in this mod? I don’t know if I’ll have the time to download it before next weekend, but I’m already impatient and excited for this.

Oh, this is exciting…
I absolutely LOVE Mount and Blade Warband

Here are some pictures of the Dawi Zharr Cities, Castles, and Towns, there are more variety (one of the Cities is a massive ship as you shall see here) but I thought this would do for now 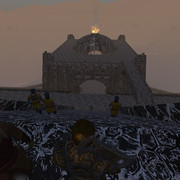 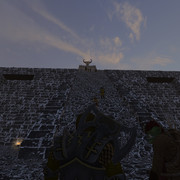 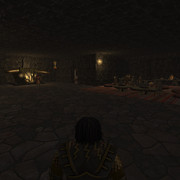 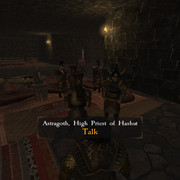 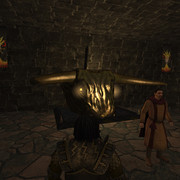 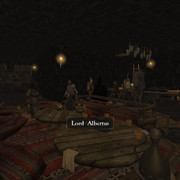 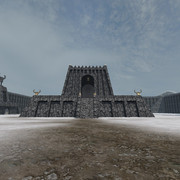 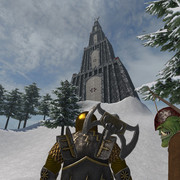 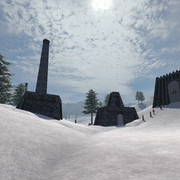 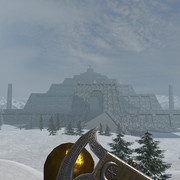 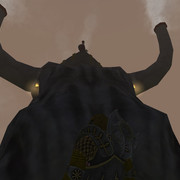 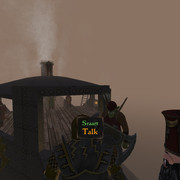 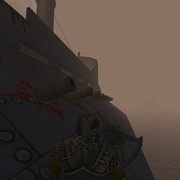 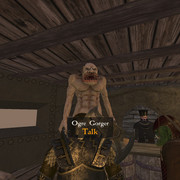 Thanks for posting! I’m going to keep looking at/sketching these obsessively until I can boot up Warband again.

lol @ the hobgoblin photobombing a few of the screenshots…