Just wondering if anyone here used to play Warhammer: Age of Reckoning and/or plays the rebuilt Return of Reckoning?

Been there, done dat!
When was launched I had a hobbo shaman, played for 1 year and half.
I downloaded the game few months ago, but playing now alone has no appeal to me (part of the reason why my old WoW group disbanded years ago)
Greenskin for life! (After CDs, that’s obvious)

I can understand that, my wife used to play with me but these days all she seems to do is work work work, so frustrating, it is not as much fun playing alone and most players seem to be from complete different time zone to me so it is hard to be part of a regular group, I was part of the Bitterstone Thunderers at one stage but I got booted for not playing with them enough

Have lots of fond memories of the game and would love to play it again but it is never the same without the friends, I still log in every now and then and go exploring but that’s about it.

What greenskin did you used to play? I have a Squig herder, I think his name is Bogdrot for memory, love the greenskins in this game

Gobbo shaman on offy, then I started a squig on AoR, but didn’t play much.
I wasn’t even lvl 20, low low level.

Probably we won’t be able anymore to enjoy any game like we used to, simply because we aren’t kids anymore.

Getting older sucks.
At least I’m not growing up.

Getting older sucks.
At least I’m not growing up.

I am with you there my friend, I pinched the motto someone here said Growing old is mandatory, growing up is a choice! This has been my life motto I saw it early this year and then funny enough I got this birthday card for my 40th in February… 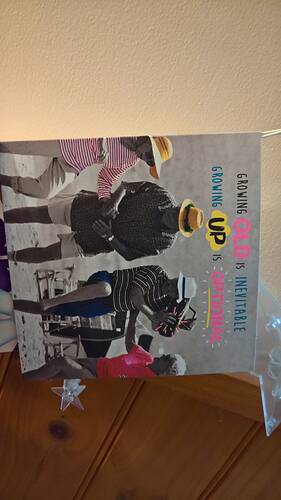