Uniforms and Heraldry of the High Elves contain an unforgettable line that turned Cothique, from a blank slate heavily ravaged during the Sundering, to my favourite Elven princedom. The seafaring excentrics of Cothique use cavalry in boarding actions. Bonkers!

To my surprise and delight, I discovered that the hobby artist AutumnArchfey today released a piece depicting this very thing. Behold: 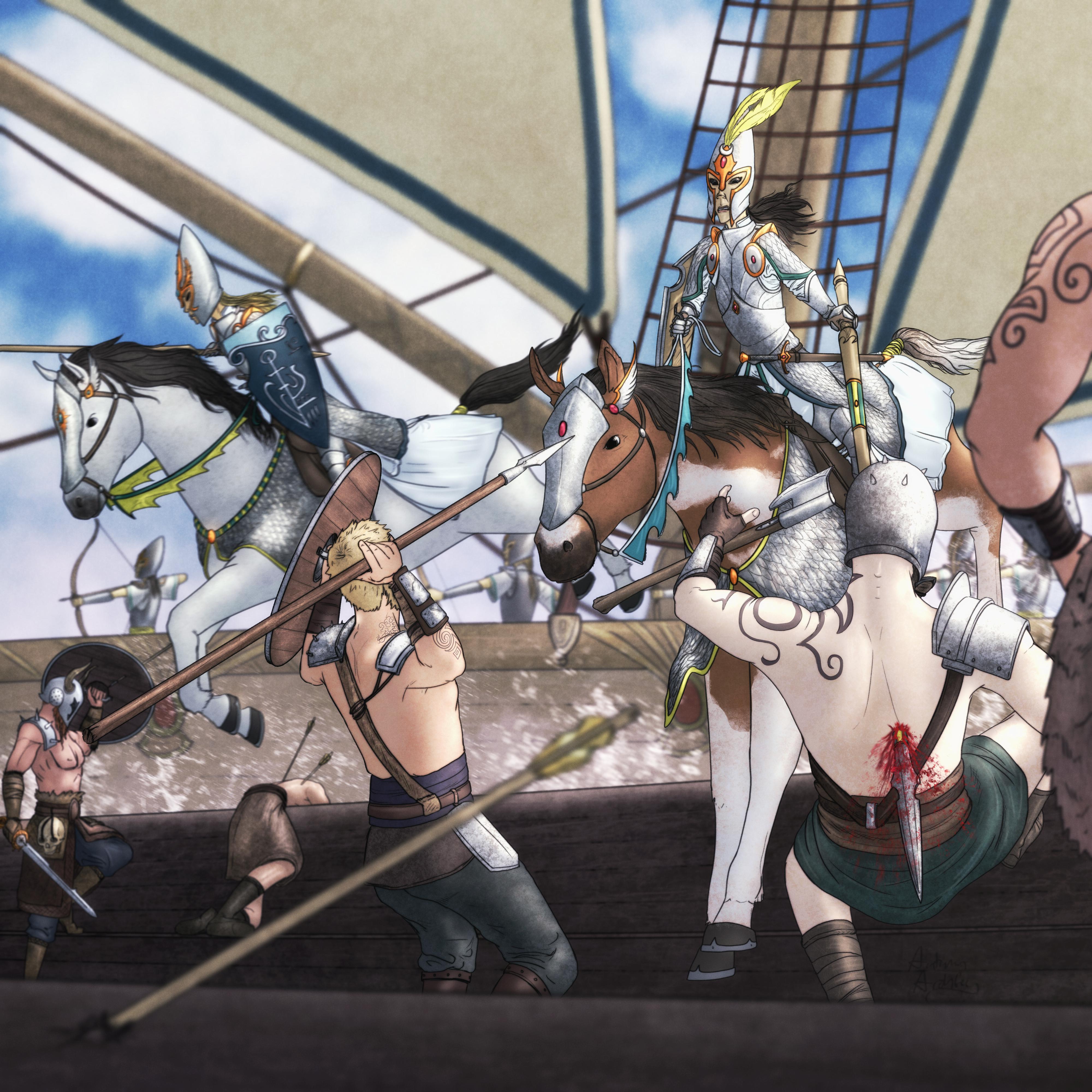 Got any crazy ideas for fantasy boarding on the high seas?

Even among these hallowed halls, it’s poorly understood that the Chaos Dwarfs got a rare privilege in Man o’ War; two separate fleet boxes. 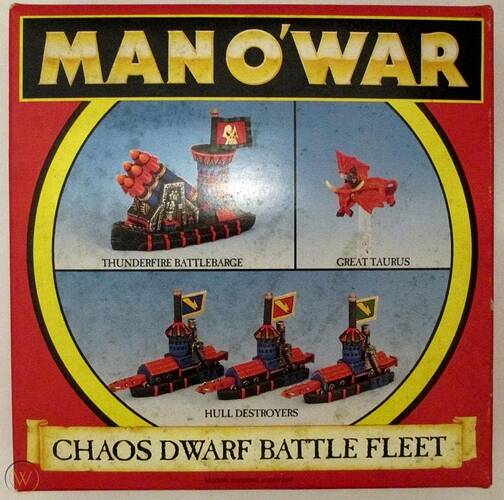 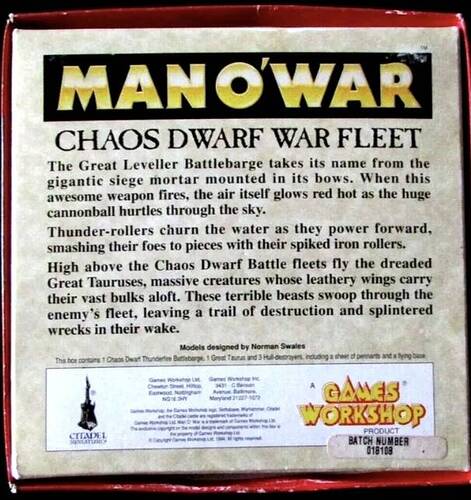 You’ll see both fleets are one comically large artillery piece on a Man o’ War and three escorts with what are fundamentally ramming weapons.

Let’s consider the names of the two fleets; War Fleet and Battle Fleet.

Let’s take those seriously and assume they have real meaning.

We can assume that the War Fleet would be mobilised in prolonged conflicts, and the combination of enormous mortar (an inherently destructive weapon intended to score direct hits) and the spiked rollers (weapons that reduce hulls to splinters) are immediate weapons of strict destruction. For when you absolutely, positively need to destroy a Karaz Ankor or Druchii force to win a war, per se, and get them to leave.

But, in the Age of Sail, sinking enemy ships was NOT the main purpose of naval battle. Capture was.

So let’s look at the Battle Fleet in that context. Let’s hypothesize that these are the ships of opportune battle - these are slavers here to capture their opponents, their ships and crews, for profit.

So the Man o’ War has comically large rockets. Yes a direct hit is very destructive. But if you’re familiar with a deathshrieker from the tabletop you’ll know (as Jac has proven against my goblins) that their power lies in triggering leadership checks in regiments within earshot. It will kill some guys, sure, but in winning the battle it’s a terror weapon. It’s the perfect weapon to fire over an opponent in order to trigger a surrender or prepare the way for close quarters action. And if you want to sink or immobilise an escort ship, or you’ve bitten off more than you can chew, fine - put a hole in 'em.

The escorts are loaded up with those enormous spiked rams. Again, sure; they punch holes in hulls. They’re literally called “Hull Destroyers”. But, if the ram is used, the escort is then stuck to the enemy ship, effectively. That’s sort of the point of the spikes along the side of the ram, which are hooked. This makes sense - holes in a hull above the waterline, even in the age of sail, incur risk but they don’t inherently sink the ship. A captured ship will be in rough shape, sure, but if it couldn’t get back to port with some holes from the battle in it, there wouldn’t have been a prize system in the navy at all.

I’m not willing to opine on points of detail - how much does the Chaos Dwarf navy use slave labour on ships, on which ships do they store captives in a reasonable state for export? But it seems clear to me that the two Dawi Zharr battlegroups have manifestly different purposes, with the Battle Fleet designed for boarding and capture.