Hi fellow Dawi Zharr and followers of Hashut. I am Uther. I have been a long time  (pre LoA) lurker and have finally overcome some of my technophobia to join.

There are some members here who are amazing painters, There are some amazing converters/sculpters. I’m different. I’m rubbish at both…but have no shame.

I didn’t really know how to start a blog. So I decided to tell a little bit about how I got into Warhammer. I had been an AD&D fan in my distant youth before kids but never played WHFB and certainly never converted anything (it was lucky to be painted). So how did I get into Warhammer and Hobbying?

Initially its fine. I had a few old renegades and 3rd ed figures. Yet they are expensive on ebay, no one makes hobgoblins and Forgeworld are out of my league. Then someone; a friend someone in the shop, someone on a blog (I’m looking at you Xander) suggests convert:hat offing cheaper models with green stuff. ‘Go on" they say "You’ll be fine’ they say “What could go wrong”.

So you make a big hat or maybe a curly beard and it goes OK. So you make another and another. Pretty soon everything has a curly beard or a hat. Then you start swapping weapons, repositioning, trying tusks or noses. All the time you’re telling yourself ‘it’s OK, I’ve got this…What harm can it do?’

You find yourself looking at beautiful minis thinking ‘What could I do with that?’. Pretty soon you move on to the harder stuff, Converting whole minis, scratch building or, God Forbid, Sculpting! All the time you tell yourself ‘It’s OK. I’m in control. I can stop whenever I want’.

Them one day you wake up at 3am on a  Sunday morning asleep on the kitchen table. There’s green stuff in your hair. You’re fingers are stuck together with glue. There are cut marks on your wifes’ table. There’s chopped up bits of you favorite mini, lego and your kids’ toys scattered all over the place. It’s only then you realize you’ve got a problem.

It is too late for me.

My name is Uther and I’m a convertaholic.

Welcome again. I’m slow and quite basic in my converting. I am / was a collectaholic.

I’m looking forward to seeing what you have and what you’ve done.

Welcome aboard! Looking forward to seeing your ideas! !:hashut

Thank you to anyone who voted for my Scribes contest entry

I’ll post it here as it fits with my Fluff.

I wish to present a translation of the surviving Nebabtite Tablets found beneath the ruins of Golfrasur: age uncertain, author unknown.

I have used the Amourfaitfils’ translation. Though possibly more controversial than the standard form I feel that its use of pronouns is justified by the similarities in grammatical form to first age Duardin Script.

The B’hanic Manuscripts mentioned are also noted in the heresies of the mad Archmage Escriveon but there is no record of them other than that.

The timing, placing and indeed reality of the events recorded is unkown. Hartsson has suggested a reference to an era predating even the age of myth. The more wild metaphysical assertions he argues are allegorical.

…fled east. Driven by the cataclysm that had overtaken their…lured by the dark figure …dreams promising…salavation they…

Once again… ever thus and will be again… For this…the dark city ALmaddul screamed of…his daemon ridden sight. Broken shard…shattered dimension destroyed by greed. Alien and…remnant and refugee locked together…

Just lost my phone and camera so will be shooting more pics to update the blog soon. When I work out how to update without replying to myself…and post pictures. The trials of a technophobe never end.

I’m also a quite mediocre (if at all) painter and converter! :~

But I love to create my own world with these little guys. I’m alwys happy to see my models finished and standing in my display cases cabinet.

I’m curious to see your models - your converting and painting style! :hat off

Btw. the Chaos Dwarf Renegades were my first bought CDs. I got them in the late 1980th when I was young …

Always loved your army. I love the way you are happy to go off the beaten track with your conversions. You have been a bit of an inspiration.

Like your blog mine will start as a bit of a showcase. I have done a lot while lurking these last few years and my painting and converting style has changed. To be honest now I tend to undercoat black then almost dry brush a solid colour on then 1-3 dry brush with the same colour lightened at a lighter version. Not brilliant but as I’m long sighted it looks OK at a distance.

That is a great little beginnings story in fragmental remains.

I have always had a soft spot for CDs but as I only started collecting last year I came really late to the party when the prices of some minis have made them nonviable on my budget. I can’t sculpt to save my life but I can “fill” and blend with GS so quite a few of my minis are conversions rather than sculpts. I have found Russian Alternative are a fantastic source for CDs. They have loads of character and the resin ones are so easy to convert ( and cheaper than metal!). They even produce a very nice ( but limited) number of Hobgoblins. Mantic Games Abyssal Dwarfs are cheap ( although I’m not keen on the helmets) and in plastic which also makes them easy to convert. I am contemplating making a unit of elite bodyguards using Mantic bodies with big hats.

Look forward to seeing some of your creations.

I know what you mean about mantic helms though I was tempted for a while. Actually after converting all the dwarfs my son left me I was at a loss for a while. However I ended up with a whole load of cheap (ebay) space orcs (a long story). They sat in my bitz box for a year or so before I wondered if they could be CDs. Well minus legs, shorter forearms when possible, bigger heads and noses ala Tjub and I like them. Yes they are a little waddly (is that a word) and their faces and arms are oversized but hey they are mutants after all. I also don’t have to do tusks (just as well as I can’t). They are a little cartoony but I love them. When I get my camera working I’ll put some up.

Some nice background work there, good luck on the models!

They are a little cartoony but I love them. When I get my camera working I'll put some up.

Look forward to seeing them!

OK so I think I can add pictures now

Hah I Think it worked

Only thumbnails at present but a huge step forward for me

Those Orc body conversions worked a lot better than I had expected. Well done! They give a distinct impression.

I really like them, after having such a unique community for so long it’s hard to get ‘firsts’ anymore but got to say that’s the first time I’ve seen an Orc head as a Chaos Dwarf and I really like it

Well you certainly didn’t disappoint! They are a very nice take on CDs, different in a good way. I really like the use of the orc heads, it gives them a real feral look.

I look forward to seeing more.

Praise from you guys is awesome

You have all been an inspiration to me

I’m glad you like them rough as they are

WEll I have been away a little longer than planned. However I think I have Imgur sorted.

I apologize for the poor quality photography, oh and the paint job er and the conversions. Apart from that they are fine. 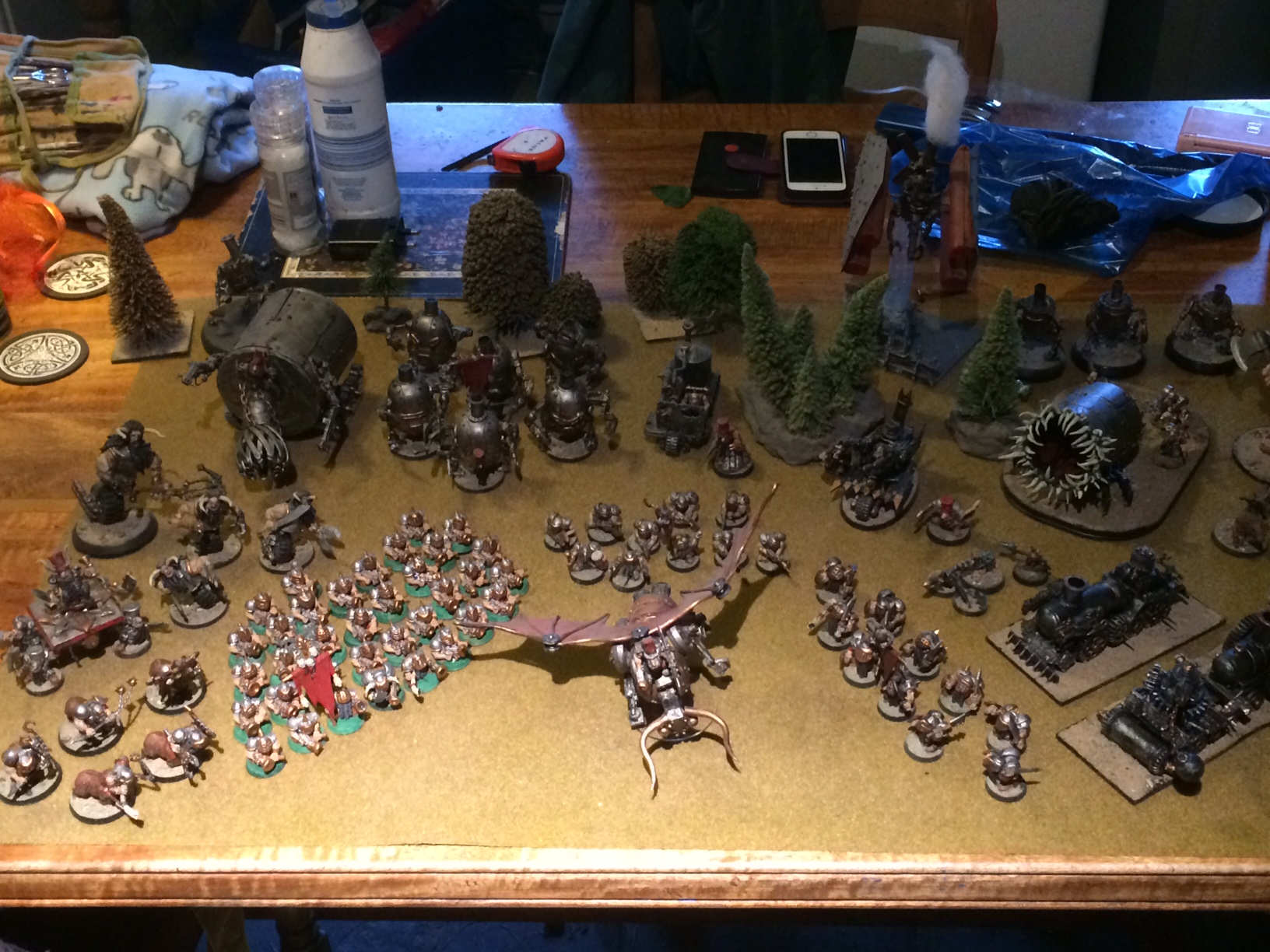 OK so here is my general

Indianuul Bones and his Taurus of Doom 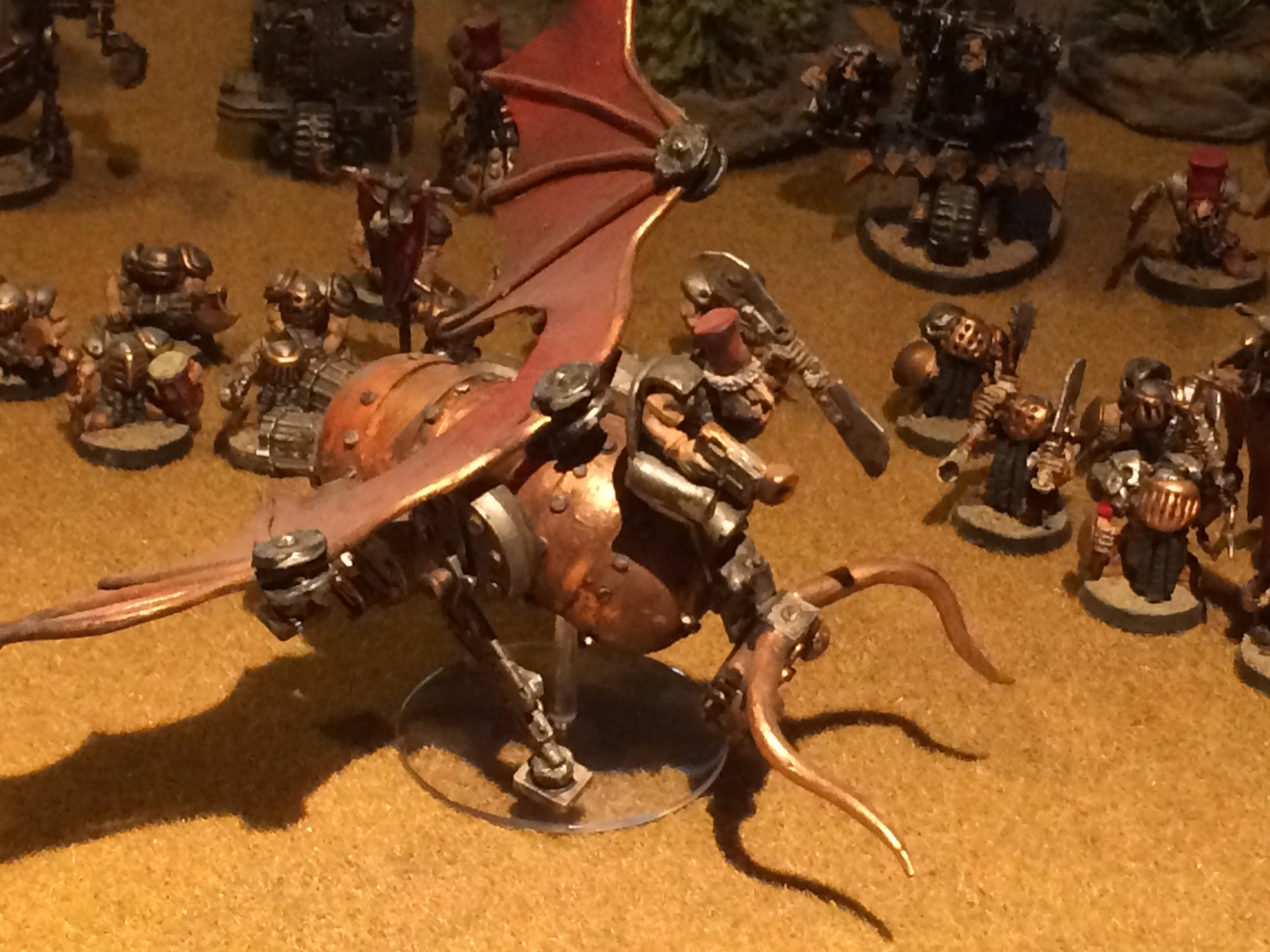 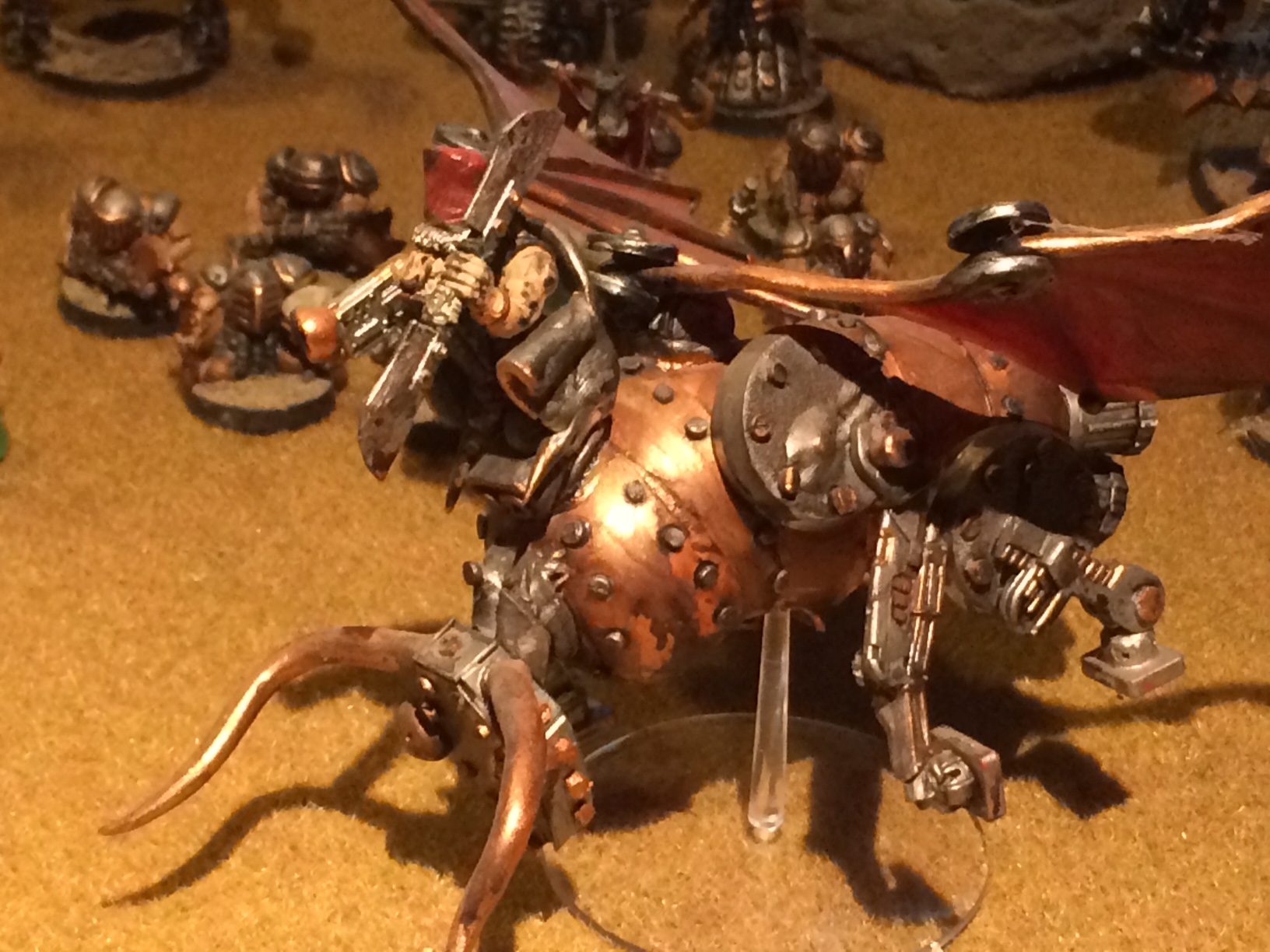 ably supported by the daemonsmith Known only as the Hatted Claw 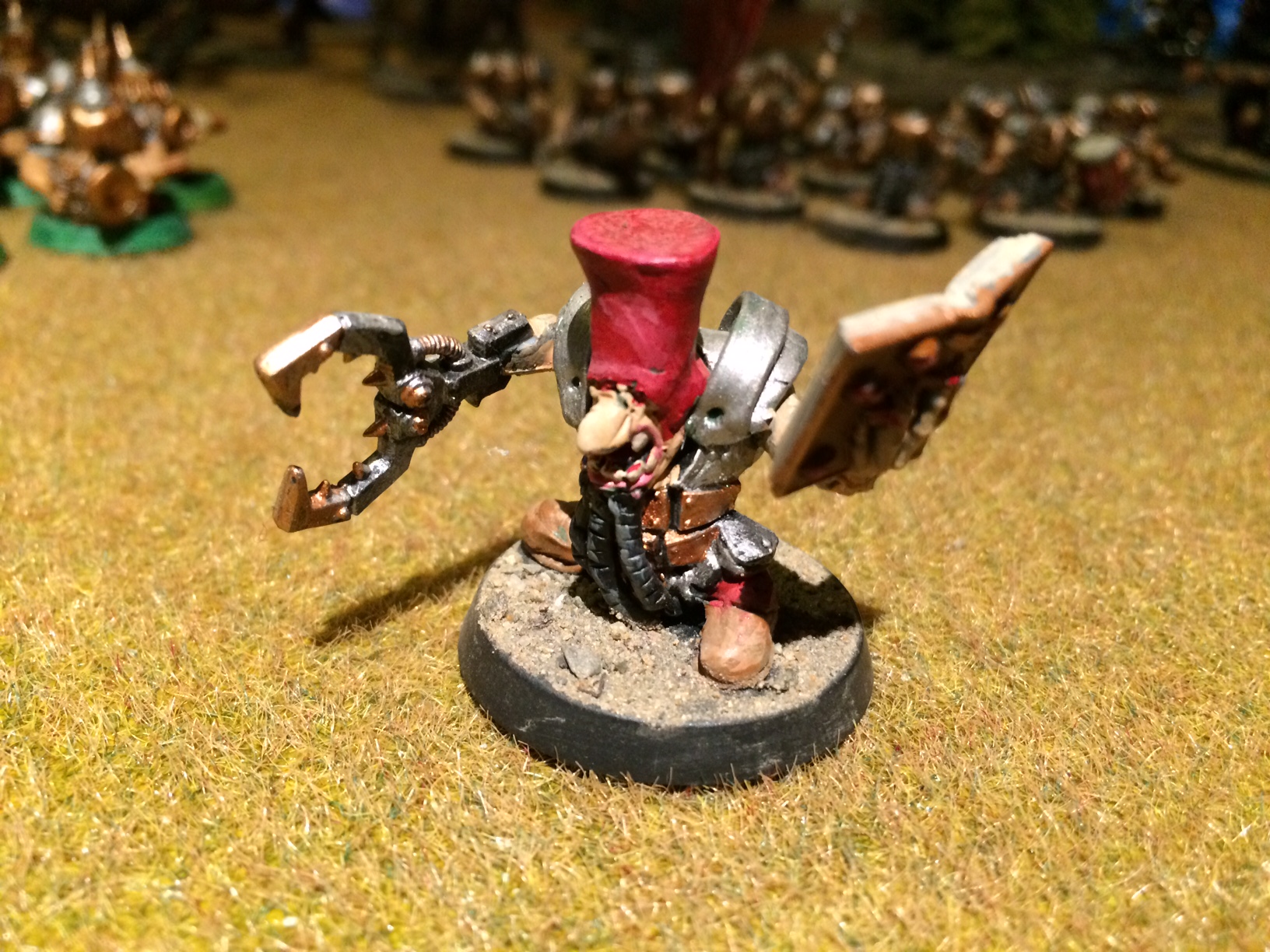 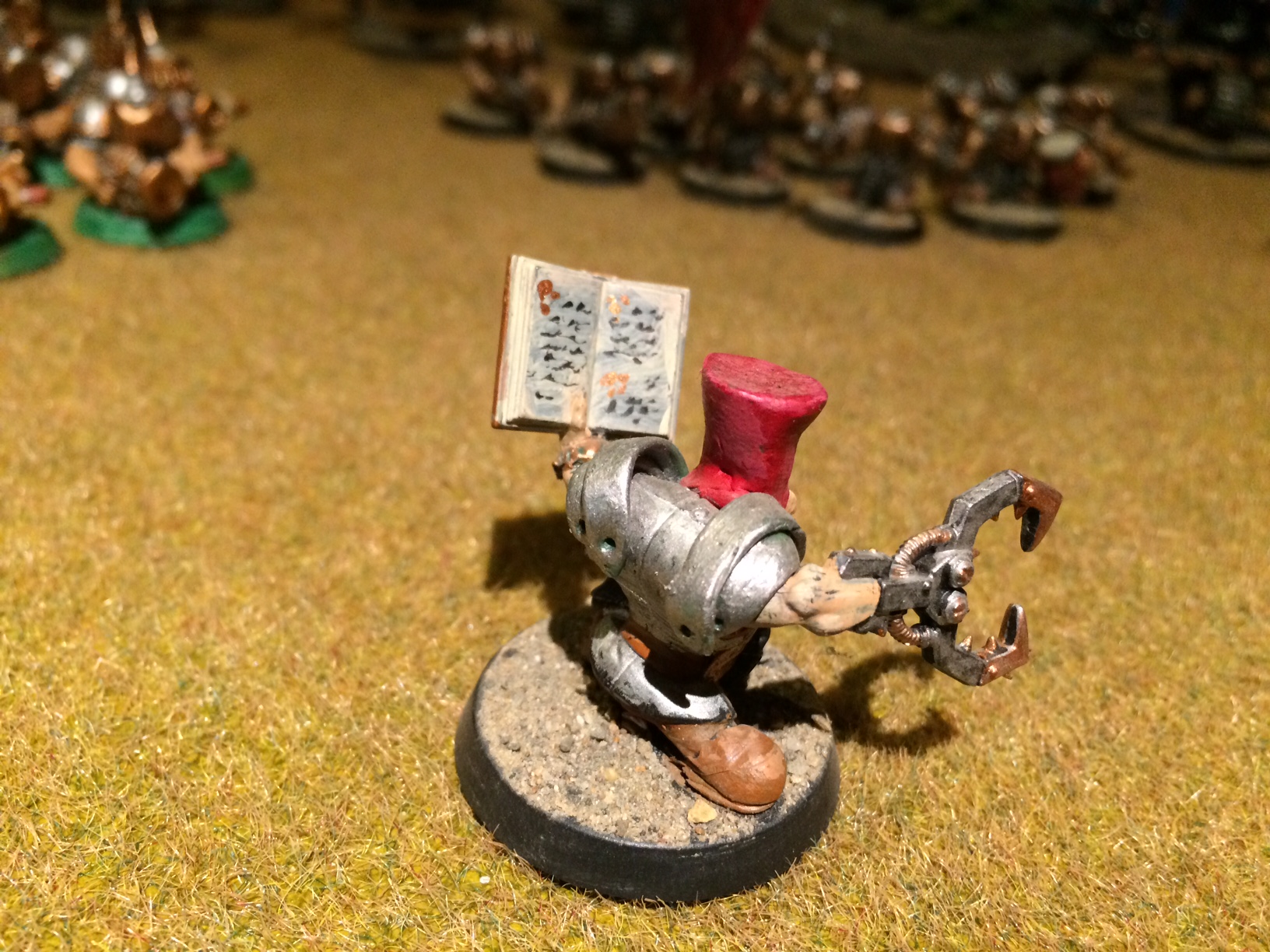 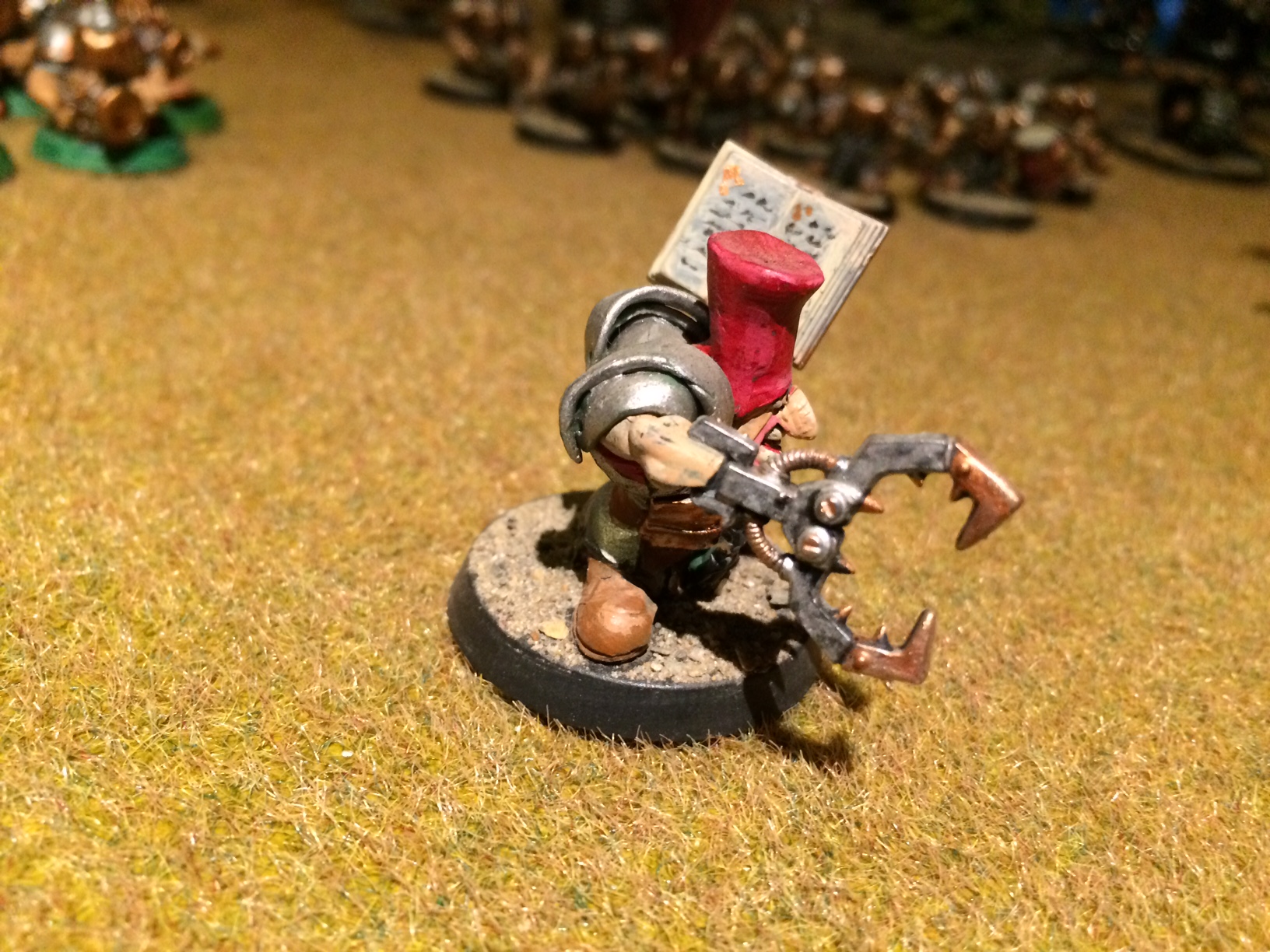 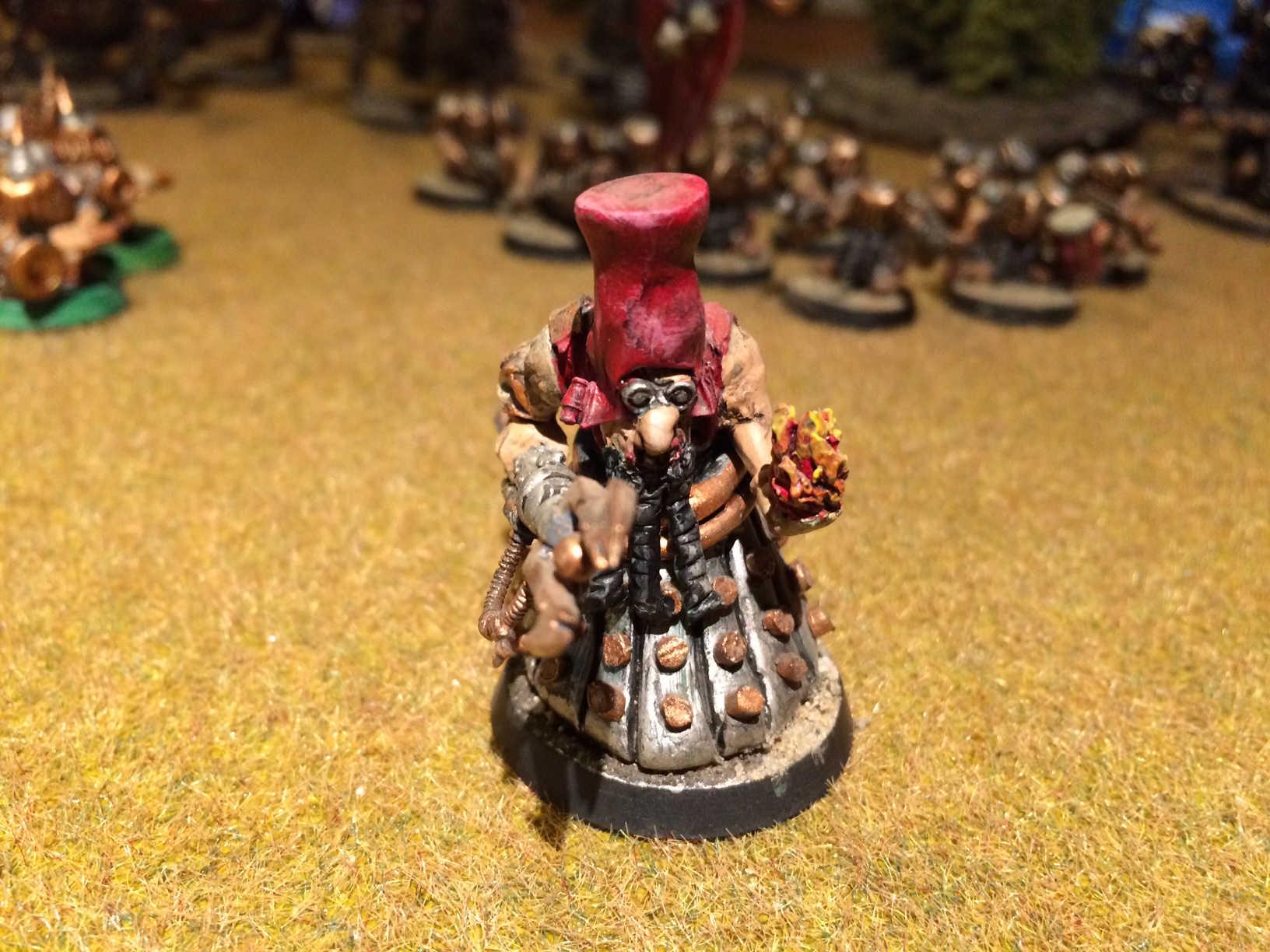 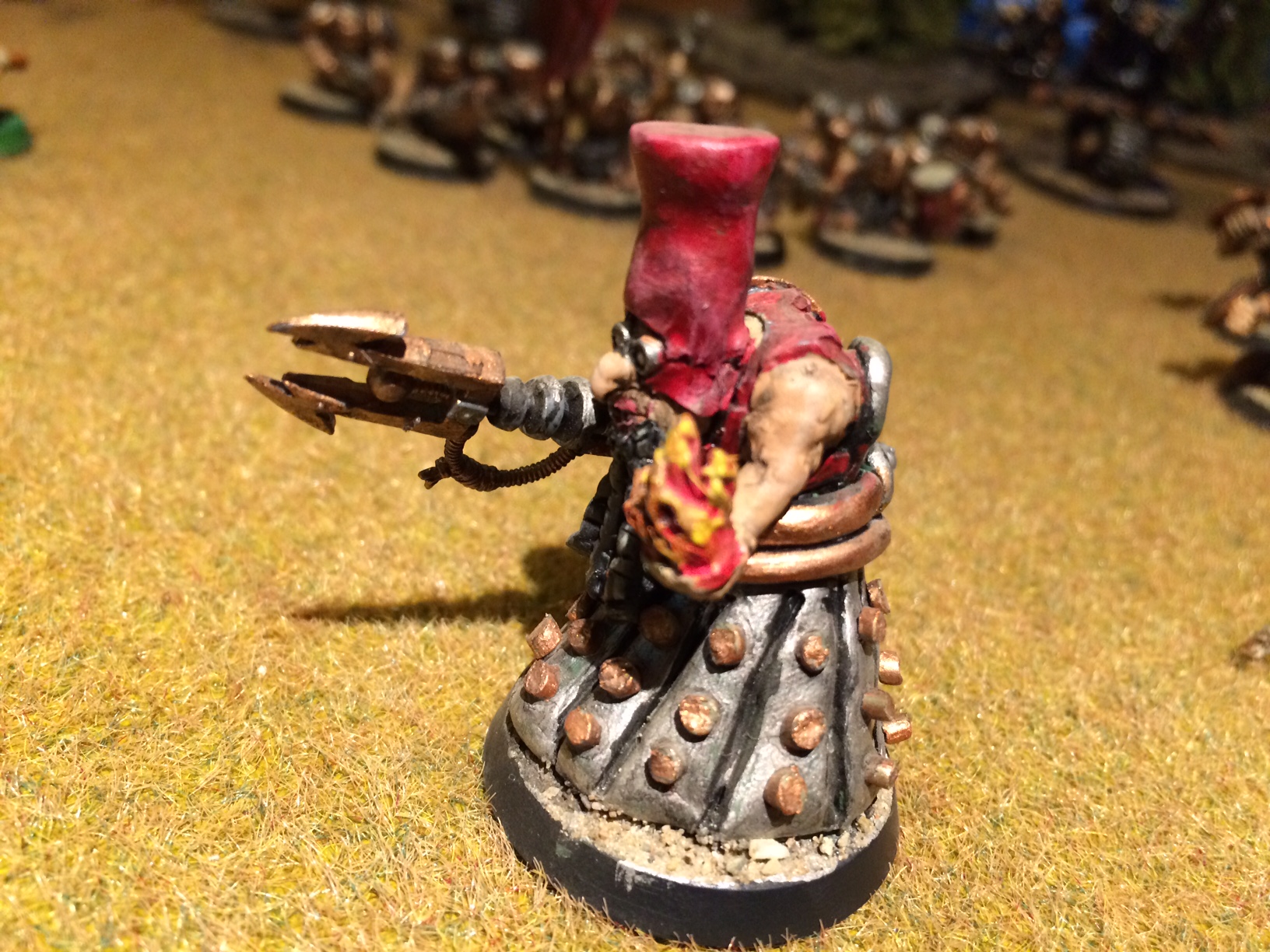