Whats your take on them?
(Pictures from Dakkadakka) 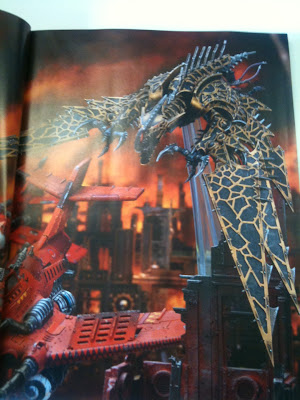 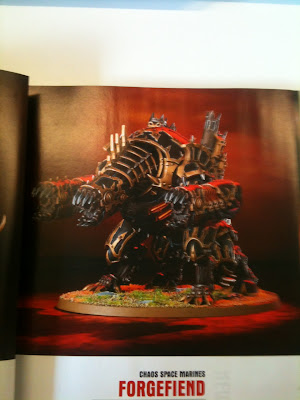 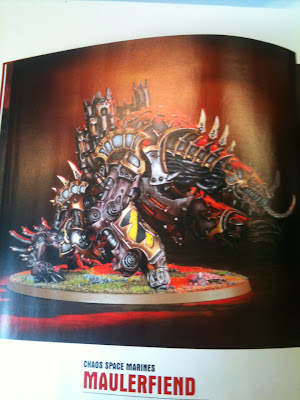 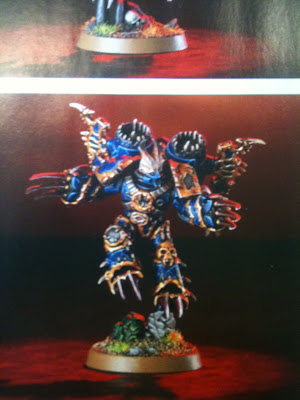 Fantastic!! Thanks Chico! Perhaps some combination of the Forgefiend and the Maulerfiend will find their way into my CD army… as I’ve been on the hunt for parts to construct my K’daai Destroyer!

Maulerfiend might make a decent Destroyer base. As far as any of these for a CSM army though? I don’t have anything nice to say, so I won’t say anything at all.

Not impressed. I think what WHFB is a game of dragons and monsters not the WH40K.

The remind me of the old Transformers Dinobots/Beast Wars lol Chances of me buying any of these are slim to none.

The Forgefiend looks like it can easily be converted to fit my Nurglearmy!!

The dragon is nice, but doesn’t really fit for my armies - it could be nice for Word Bearers or Nightlords…

Forgefiend could make a nice addition to my CDs. Need better pics to be sure.

Flying thing looks a bit too fantasy for CSMs imo.

I quite like them. Maulerfiend is a bit too tyranid-gone-chaos but nothing wrong with the model itself.

The two fiends look like the undead version of warjacks I think.

Odd direction to go in my opinion. Makes me think very much of Warmachine and the colour choices even coincide with that. Not sure I like them for the simple fact they don’t really fit the rest of the feel of the current models (which could change, but I doubt it).

Yep, I’m not convinced by the direction taken… The fiends look like dinobots and don’t fit the CSM minis, even the most recent models (Dark Vengeance). CSM flull is so rich that it would have been possible to design minis with more inspiration…

I really dislike these models except the jump pack guy. Like a few people have said, they look like warmachine. I wouldn’t even recognise these as GW models if I didn’t know they were already. Seeing these pictures really puts me off collecting 40k!

I like the jump pack guy for chaos space marines. the other ones dont match and the forge fiend fits better in a chaos dwarf army, new hellcannon perhaps.

Here’s the rest of the pictures, including the new-style WD cover with a kind of retro-WD-look about it… the logo font especially.  Hope the content is improved to go along with their new look!

My guess is that the Forgefiend and Maulerfiend are one kit with two diferent builds.  That’s good news for anyone who plans to pick one up to make conversions with it!  Judging from the apparent base size of these two models, they’re on a size that’s equivalent to the 100x150 fantasy bases, which is just right for a K’daai Destroyer.  Throw in some parts from the Helldrake and you’re probably well on your way to a good Destroyer build!

Some of the other models look like they could be a great source of bitz for a Chaos Dwarf army as well, but we’ll probably want to wait a month or two for the secondary market for eBay bitz to settle down to reasonable prices!

Urgh!! I don’t particularly like them as CSM stuff. Good for destroyers though.

some of the large fiends look ok, but not very 40k. Just an odd beast that’s neither fantasy or sci fi.

Hmmmmmmmmm I’m looking for a infernal engine model these might just do the trick.