Hey guys, hope all is well here :hat off

Whilst perusing the pages of Cool Mini I came across some amazing CD sculpts and had to get in touch to find out more, so it turns out very soon indeed (Aug 29th) there is a new CD team heading to kickstarter and I can’t wait!!

An awesome sculptor by the name of Raffaele Stumpo has a full roster of Dwarfs,  Hobgoblins, Bull Centaurs and a Minotaur too as part the 'Bull Breakers’

PS I’m on tablet at the moment and Google photos is only letting me post broken links or tiny images so anyone on a PC or having more luck than me please feel free to post the pics properly!

Link to the kickstarter

@Enjoysrandom: Haha, you can never have too many Blood Bowl teams!

It is raining Chaos Dwarf miniatures these days. Very nice sculpts! I’ll have a use for them on the Warhammer battlefield in my army.

With no eBay fees private sales are always cheaper than what I have on my eBay account.

Personally I like the bull centaur best with its realistic bull body.
Then the mutated CD player (which are generally hard to find).
Somehow I dislike most BB (and non-BB ) hobgoblin sculpts including this one, so I went back to the originals.

The Bull Centaur looks very nice, and so does the two CD models. The Mutant works for me. If this guy does a Kickstarter, I’ll check it out. I’m not thrilled with the Hobgoblin sculpt, but there you go. I’ve been converting BB Hobgoblins for my Sneaky Git contingent, and trying to use what else I can to flesh out my slave contingent. Why is it decent hobgobs are so hard to come by?

Bugger Blood Bowl. I want the Bull Centaur for my Army.

Personally I like the bull centaur best with its realistic bull body.
Then the mutated CD player (which are generally hard to find).

I came across this as I was looking for decent Bull Centaurs, I'm in the camp that the original Centaur bodies are far too small and the new Forgeworld ones (Best... Centaurs... Ever) are way too big to fit on a BB base. So I completely agree he's nailed the Bull Centaur body on this guy, looks great!

What tjub wanted to say is:

Here are the 2 balls for the new Chaos Dwarf team, that Gaspez Art posted today on his facebook page.

And here is the reroll marker he posted a week ago:

@Firehammer: Jupp, sorry a but lazy some times… :cheers

…just to share some more project art. The closeness between original and sculpt is amazing IMO. :o 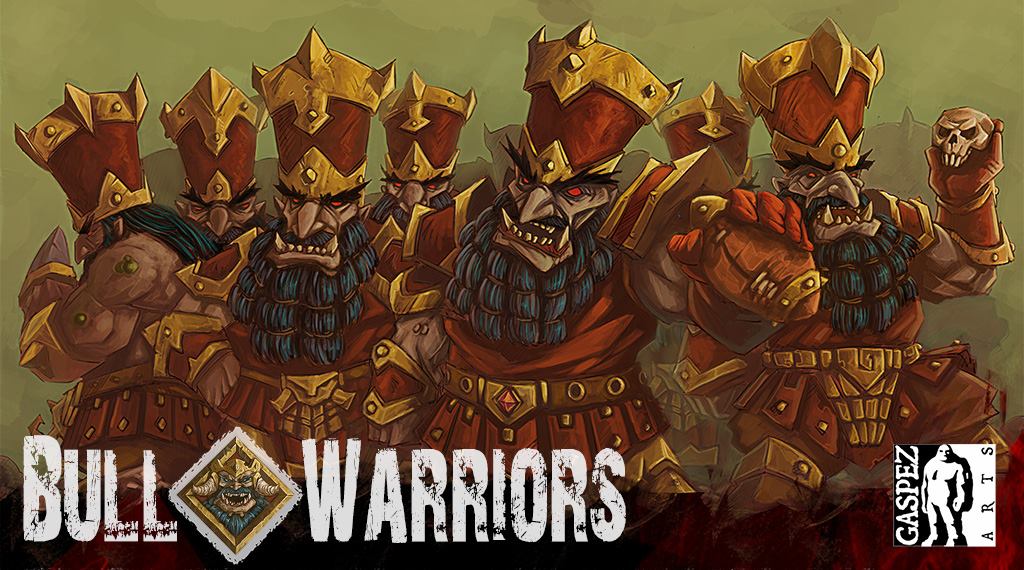 I completely agree, I also think that hobgoblin is great which was a worry for me as I think it’s been said before people struggle with hobbos but this one looks the part!

...just to share some more project art. The closeness between original and sculpt is amazing IMHO

Stumpo is a great sculptor, one can't really go wrong with him, especially if Chaos stuff and Dwarf stuff are involved!.

Wow I love the Bullcentaurs!

Short question: Where did you get the last batch of pics?

They are not on facebook and not in the newsletter.

Short question: Where did you get the last batch of pics?
They are not on facebook and not in the newsletter.

Came across them last morning, to be honest I dont remember atm. Some blog. :)
next page →