The standings as of December 1st.

Two weeks remain. Many of you are already shutting up shop for the year. Already there are entries in the December column. But the so-called “Christmas Bridge” beckons and will be a productive period for people who care about meaningless internet badges - and pride, dammit.

And nobody has less pride than EvilFuzzyDoom.

Cue the sad piano. EFD, prince of accountabili-D, has literally never been in the black. He has added miniatures like clockwork every single month, but dammit, he told the truth, and for a wonderful fifteen minutes in the fiery heat of July, he was within touching distance - on a mere +6.
But the net score doesn’t tell the true story. For that you have to turn to his magnificent blog, which isn’t just a testament to accountability - it’s a testament to a vigorous hobbyist who is loving life and embracing his passion, which yes, includes buying more than he paints - but the guy is one of only seven people to have painted over 200 minis this year, and that’s a wonderful thing. EFD knows what he likes, and why he likes it - and that’s all that really matters.

Except winning, obviously, and in that sense nothing’s fucking changed, has it? @MichaelX is out in front to be winner, narrowly chased by @KhamdrimSkyMaster , somehow I’m there too, and everyone in the top three has hit blackshard and literally gone BACKWARDS. If they haven’t quit in a deeply Catholic huff like @Oxymandias obviously but frankly what’s he ever done besides create a podcast, a magazine, the discord channel, turn his entire shed into a shrine to 90s GW and be present for every wargame I’ve played since getting kicked out of a Games Workshop for shoplifting in 2002?

The real question here is about the middle of the pack, where over the months since summer big gains have put a lot of good people into Gold position. @rollforwounds , @bas_2312 , @Jasko and yes even sandblasting pothole egg-chaser and Owner of That Blog You All Read @Reaver have either bagged Gold or in Jasko’s case gotten very close to Gold and then been distracted by a massive spliff.

The question is how many people will hang tough to claim Blackshard by the 31st. I think only really @Reaver is likely to pip that post unless there’s some serious secrets being kept, and even then, that’s hoping all your respective girlfriends (or boyfriends or, like, Rat Daddies) don’t actually buy you the real presents you actually wanted, cos otherwise you’re all liable to lose a medal position.

Ultimately, as we all reflect on the mania of blog-starting this time last year, it’s worth remembering what BATG is for - to help us enjoy ourselves, to motivate exciting blogging, and to give out meaningless medals to one another. The fundamental cornerstones of this community!

It’s now time to say goodbye to all the blogs that didn’t make it to November.

Yet another excellent writeup. God I’ve missed these

all very accurate too from what I can judge

…and to give out meaningless medals to one another.

The honorable purpose of countless societies both noble and secret. 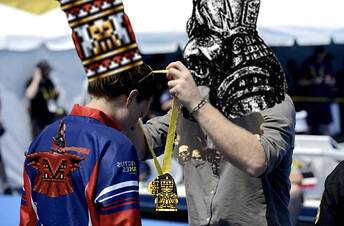 Hold my paint water while I go nab blackshard 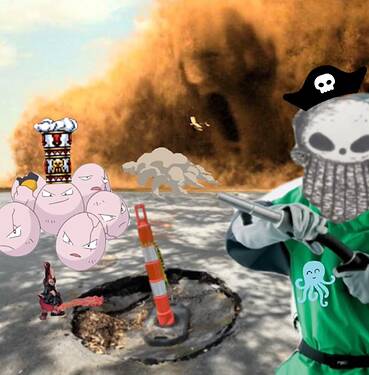 Too much job, not enough painting, for months and months. Don’t worry, in 2024 I’ll start a 3-year posting in Korea and have to leave my minis in the UK, thus forcing me to finish ATWD.

That was the interview right? Followed by a guilt trip and some difficult conversations about contraception?

Wait, what? Did I miss the vote on that?
New ATWD content is much appreciated though…

ha! No, I haven’t mentioned it much yet, but my 6-month-pregnant fiancée is taking a diplomatic posting in 2024 at the end of her maternity leave. I’ll go with her because I think 9 months old is too early to abandon the child in order to make him a talented artist - I’ll wait until maybe 7 or 8 to do that.

I’ll leave the minis at home so that’ll leave plenty of time for writing.

Well that’s certainly a fantastic reason! I’m sure you’re going to have a wonderful time. All the best!