I’M A BIG NAME IN DEEP SPACE, ASK YOUR MATES

Welcome back, fact-fans. It’s been a wonderful midseason break, but it’s time to admit it: the heatwave’s been and gone, midsommar’s a fading memory and we all got sent a picture of Morghoz’s manboob. The best days of 2022 are in the past; you’ve got five months on the clock as of today. Will you paint more miniatures than you buy? Will you beat back the urges of consumerism? Will you defeat your one true nemesis… yourself?

No, if the evidence of past years and this graph are anything to go by, no you won’t. At least, not if you’re @Anzu . But more on my new hero later.

Green dot is now. Red dot is April, not June. This is because my last graph was April.

Winners win, and right now, @MichaelX is winning. His lead has extended over the quarter, despite his best efforts to dent it by printing more minis. His position is tantalisingly precarious, because - like many of us - he is operating a “one in, one out” policy after achieving Blackshard. Treading water until the sharks catch up. And behind him is the original shark, @KhamdrimSkyMaster , a man who recently messaged me asking about Napoleonic formation spacing. What the fuck he’s doing on Chaos Dwarfs Online I’m not sure, but these Navy types are pretty much only good at getting lost and posting memes about the Moskva.

Screaming into his rearview mirror and ahead of perennial bronze medallist @Oxymandias is none other than yours truly. I am definitely planning “a Michael”, in the sense that with -200 secured, I’m not convinced I want to truly push beyond too far. I have some army concepts I want to realise, it’s true - and no shortage of projects to clear out of my priming boxes from last year’s purchases. But I’m not here to win…

…not here to win Bronze, anyway…

@Oxymandias is the kind of guy who you can distract with an army idea just by repeatedly saying the word “goblin”, but then he turns up with an army of them, which I’m told is in the works. If anyone’s at risk of starting new armies haphazardly over autumn/winter, it’s our ADHD speedpainting machine. But if anyone can buy it, build it and paint it same-week, it’s our ADHD speedpainting machine.

@Reaver, Reaver, Reaver. How the mighty have fallen. Too distracted by assembly and sculpting projects to pick up a brush, the Mad Monk of Boston is now feverishly creating Spongebob satirical familiars. But he will return. Every one of these projects will join the fleet in time. But when they do, will the window have closed? Fifth place is a bitter pill for a former frontrunner, but will it prove to wake him up or put him off?

Where once the middle was fat, it is rapidly becoming a medallists’ marathon. @Jasko , @rollforwounds and @Smiddy all deliver Silver. As a multi-month Silver Survivor myself I know how it feels - big things are on the horizon. As summer ends and the nights draw in, hobbying will intensify, and I’m confident we will see golds and maybe more. Of particular note is how close their score stories are - both almost at 100, offset by 30 or so. By contrast Rollforwounds, whose blog I highly recommend, is in touching distance of 200 painted offset by all but 100 bought. Even just one box of infantry can transform your score. Tread carefully into the darker nights ahead, the line between victory and defeat is perilously thin…

Amidships, the scores may look neutral, but the stories are full of heroics and tragedy. Look no further than our own rollercoaster @bas_2312, whose swings of plus and minus 20 keep him in the hunt for a breakthrough - and Freakshow668, who conceals more than 300 models behind a humble “+6” which can’t tell the whole story.

And yet it is the real story. And that’s why @Anzu is my hero this month.

I know he isn’t the toppest rightest, but he is the man whose fall is most precipitous. Because the most important thing about’s +57 is that Anzu hasn’t finished painting a single god-damn model.

Because Anzu counted it all. Anzu called it out, every month. Anzu knew even knew when he passed Tjub and he was honest about it.

Be like Anzu. And Vapo, and Bas. And Tjub. Hold yourself to standards. If you’re technically @BATG_Warriors , but you haven’t put paint on a miniature in 7 months while the pile just grows and grows, and you just pretend that’s not true by avoiding writing it up… what even is the point? You’ll die surrounded by expensive boxes full of grey miniatures - having wasted all of that money.

I actually think most people should be more like the lads in the top right. Get a fucking grip. I won’t be listing anyone who doesn’'t update, post pics, and properly account for their new stuff. Less talk. More action.

I guess some folk started with best of intentions but couldn’t keep it up?

don’t be so harsh on yourself jac, I know it can be stressful starting out as a hobbyist - have you heard about contrast paints?

Reaver. How the mighty have fallen.

There’s a reason I memed fast and hard while sprinting in the early months. It was never going to last. I was never good at cardio based sportsing. 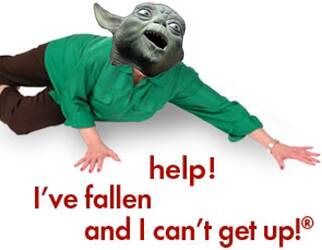 But really I have no problem switching to self deprecating meme content. Some would say that it’s my calling. 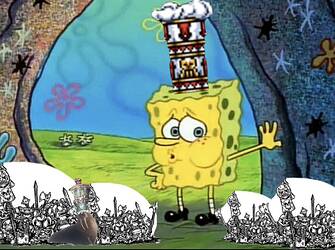 I missed these updates!

I’d really hoped to stay below zero, but fever plus credit card is a dangerous recipe!

I’m so happy I’m not taking part in this, as I will be there, alone, uncontested, afar from everyone else, in the top right corner with a shameful +100/120
Suffering from success

It’s August EFD, you’ve got months to get where you want to go!

And, Eddy, I do think it’s worth us all remembering, BATG is just a game between friends with a common interest. The graph is totally unofficial and just me banging on about it like it’s the end of the world, but really, if you’re +whatever and having a good time, good for you!

I think I need to paint more again!

don’t we all mate! I reckon you won’t hear a peep out of me until like, October. I’ve got too much on at work, but at least I’ll stay on Blackshard for now. Unless I go mad with the credit card! I blame Chitz. Inspiring me and shit. The bastards.

“A small loan of a million goblins”

Someday we will do proper, wide-board shed goblinbashing.

Wait…. You mean to tell me we can’t post grenadiers and grapeshot fodder here? Damn!!

Think of how sad you’d be if I crawled past you by painting nothing but Tau drones. You mustn’t let that happen!

So this is how liberty dies, beneath a giant pile of sand. 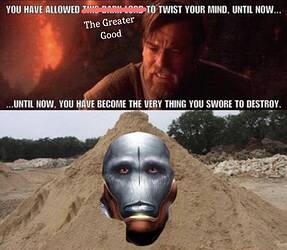 I have some shed goblins

Also, I’m not sure you have quite as much control of your shed goblins as you think. @Loidrial seems to be quite free-range.

At least they should be pretty quick for you to paint!

Noone has control over my life! Not even me