An offshoot from the Purple Reign of Pain, these guys are specifically for the 41st century. All Scibor models with tusks and spikes added, plus a couple of Russian Alternative heads for good measure. The bear has been magnetised for 40k and WHFB with a replaceable gun/sword.

How will they play? With the help of a learned 40k friend, I’m proxying these boys as Chaos Space Marines. Progress will be slower than their WHFB cousins, but looking forward to it. Lots of weird and wonderful experiments to be had. 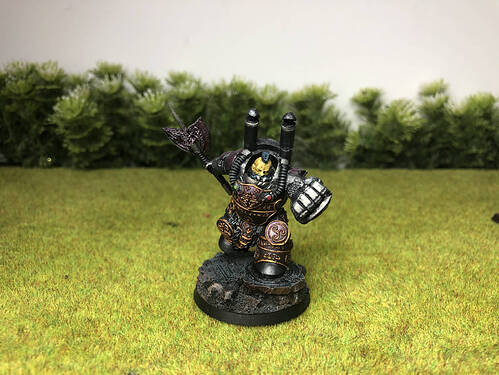 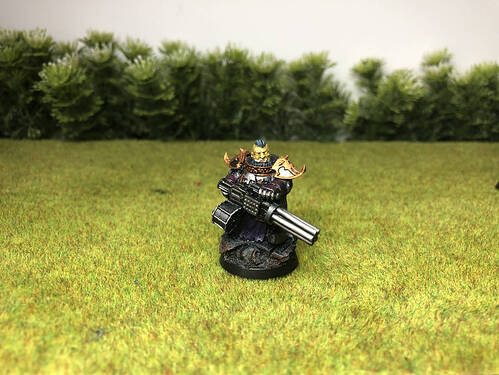 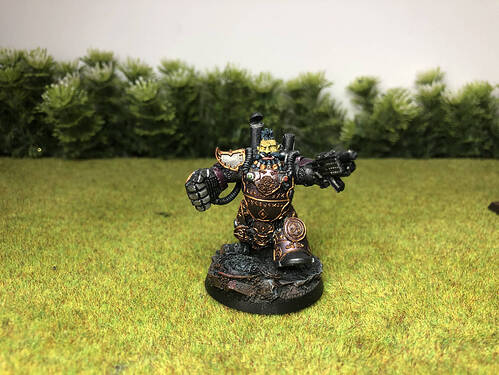 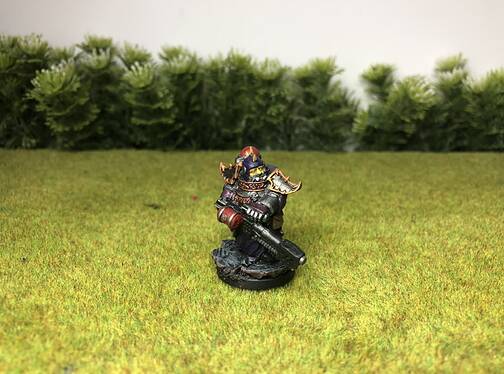 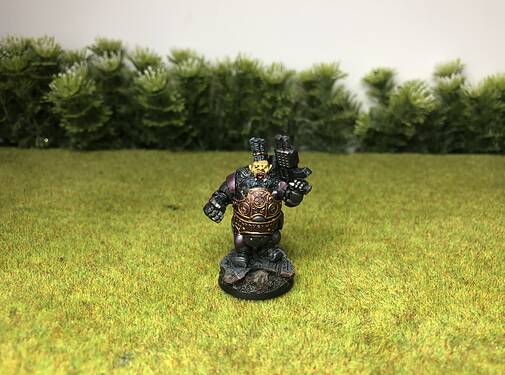 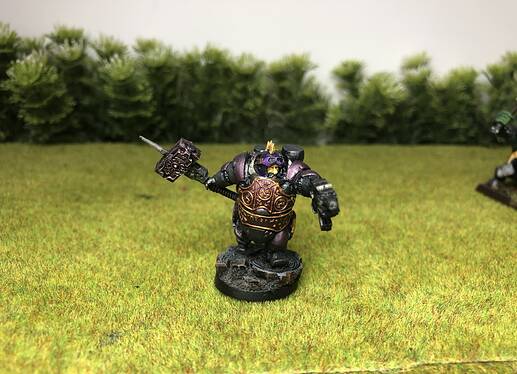 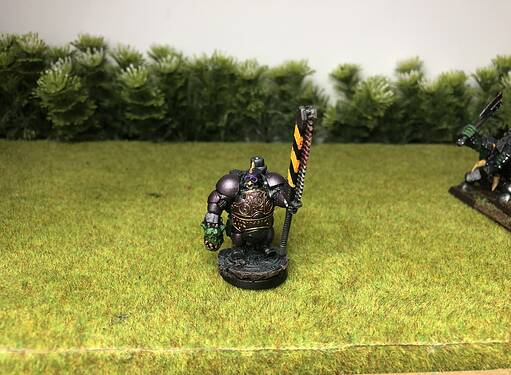 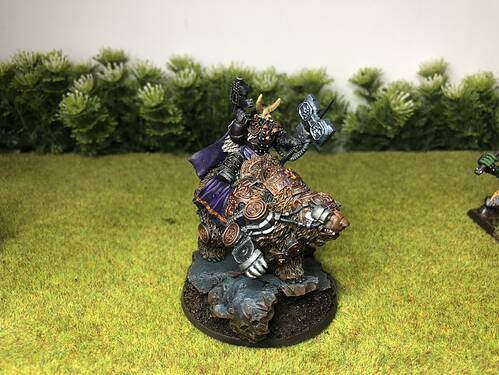 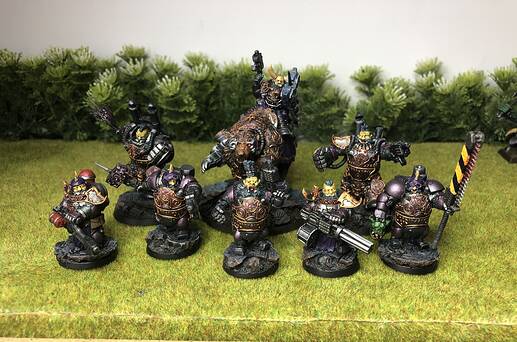 I love this project! It’s so crazy it works. Beautiful image of what our faction would look like in the grim dark. Very imaginative and original.

(Although I know chaos squats have been around in the background in the past and even had a few models. But this is much more ambitious and exciting than those snippets )

Awesome work hashut would be proud

The 41st millenium is not prepared for the glory of the one true faction! 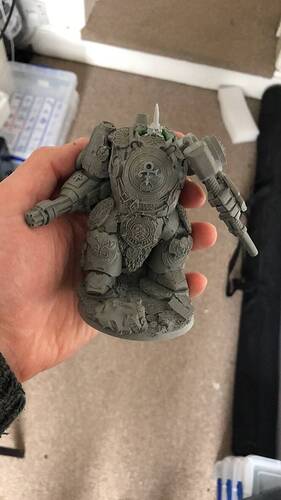 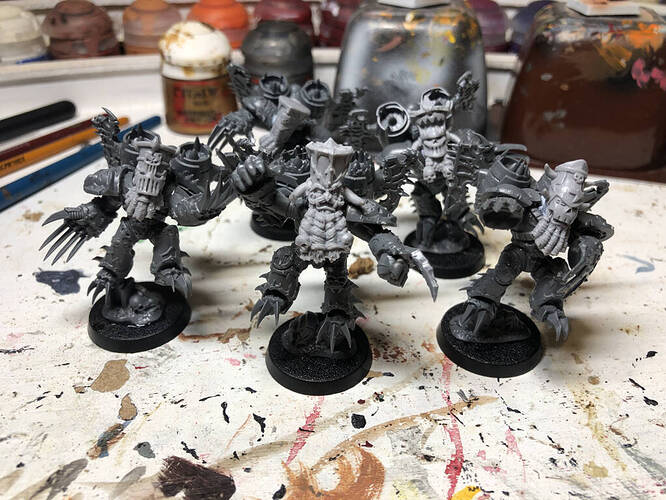 Next up: Warp Talons and the Helbrute of Hashut

Wow, how did i miss this thread! Awsome work mate!

(in my head canon the Dread Squats draw their power from hatred of other living things. Left abandoned on a Space Hulk for 30k years, they thought themselves the last beings in the universe. When they emerged and found a crowded galaxy of would-be rescuers, the Squats were most displeased) 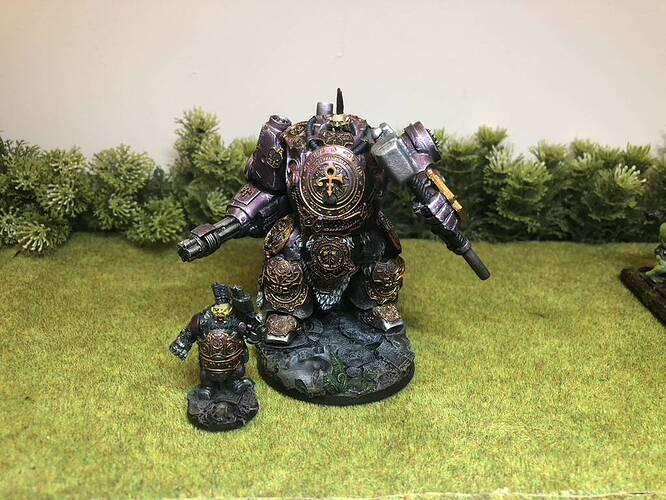 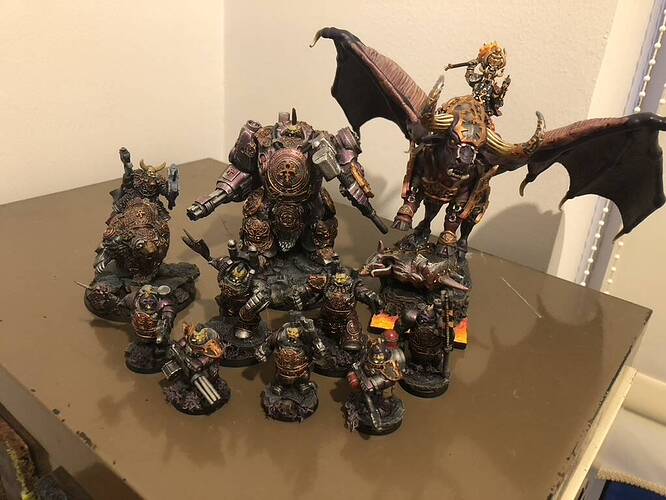 So to recap my ‘counts as’ choices:

I still have 5 x Warp Talons to paint, and this hilarious Popeye impersonator. All together that takes me to a tidy 1000pts. 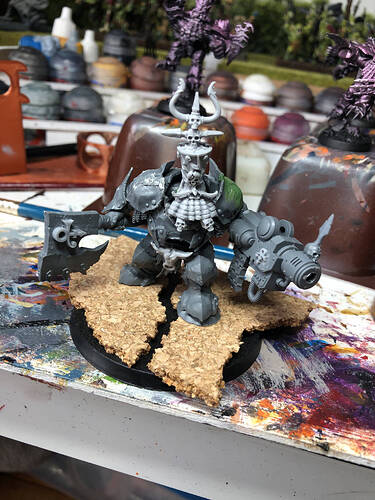 The Dread Squats in action versus Tyranids. I’m now comfortably playing them as Khorne Chaos Space Marines. Thematically they’re a great match. It’ll take a lot to convert me to the new Squat rules. 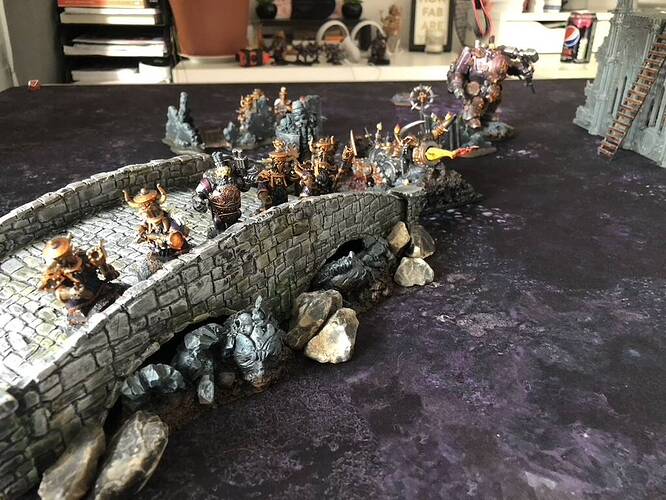 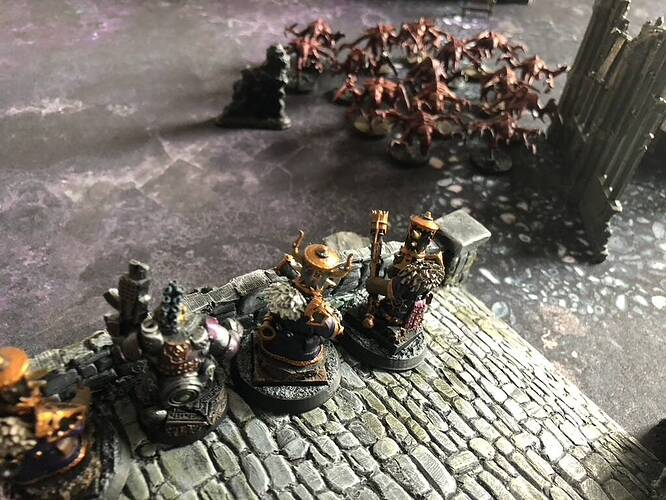 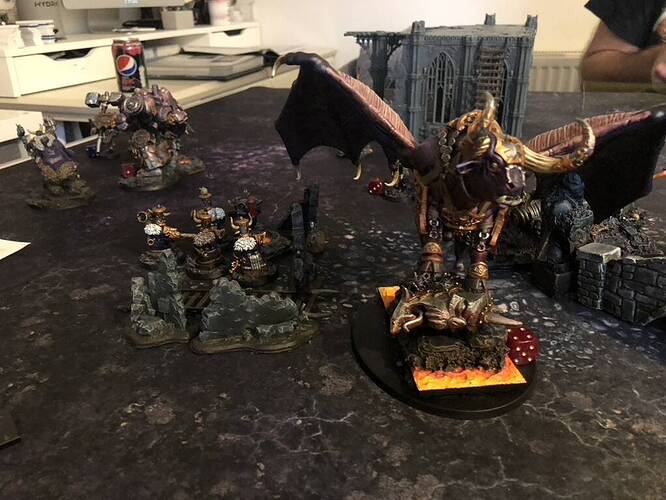 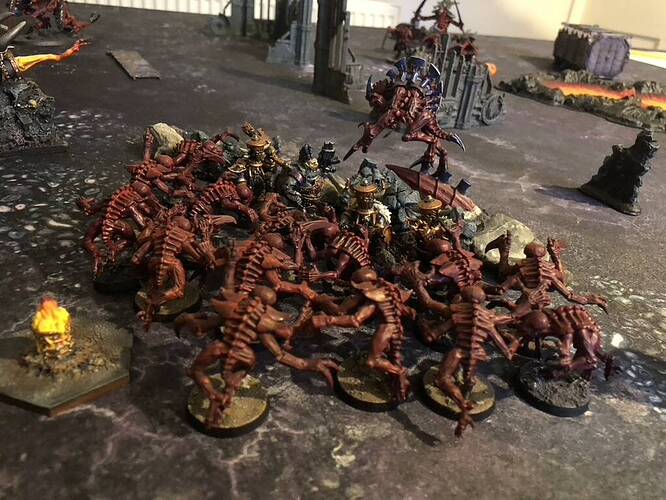 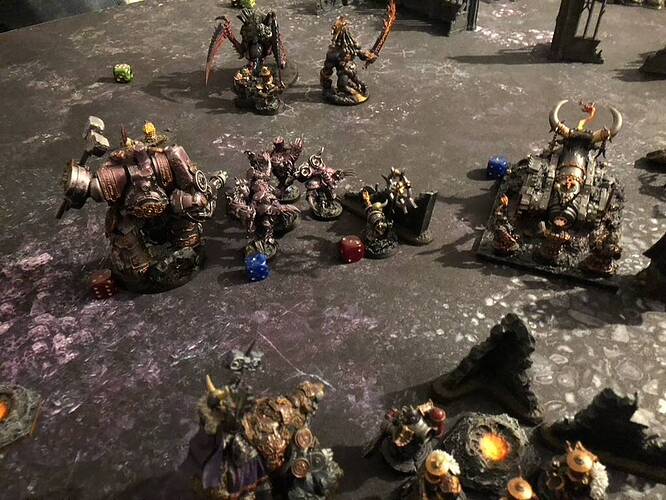 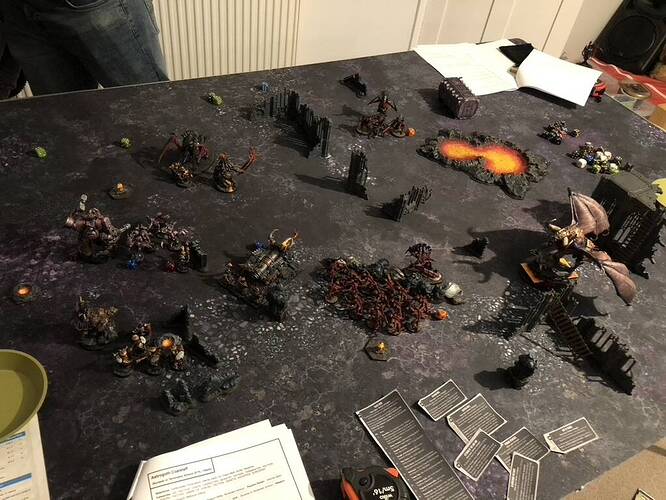 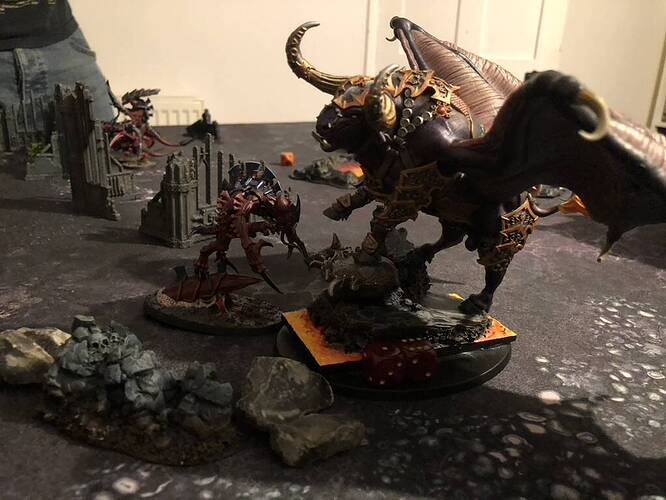 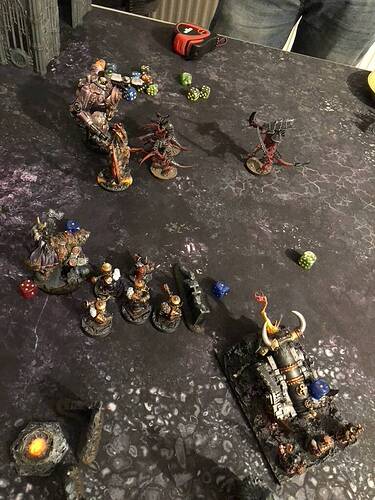 The symbols on them is making me think this is Prince’s warband. They need more purple if that’s the case

Happy with how the OSL turned out on this one. I’ll be more confident splashing it out on future models. 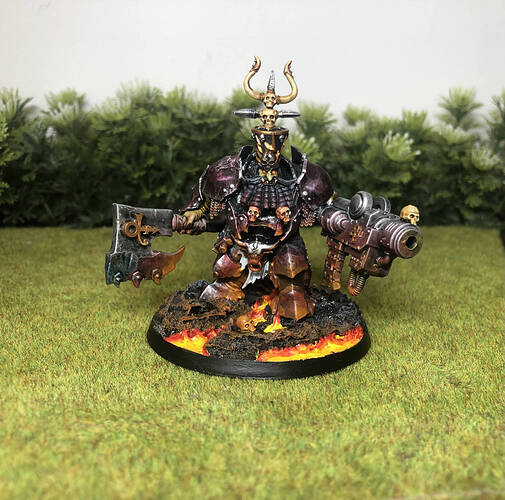 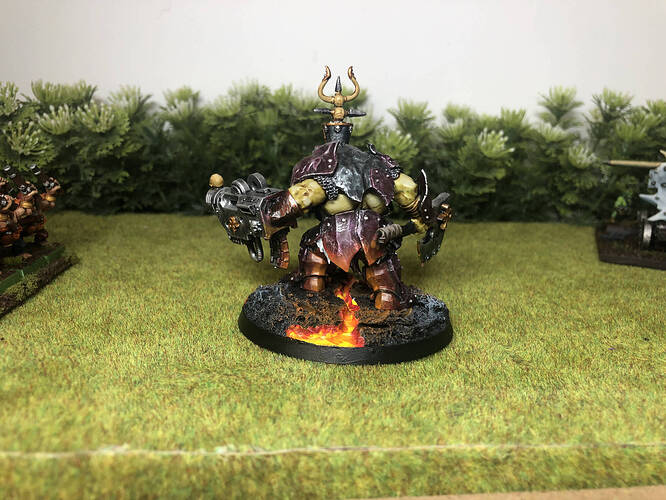