As far as I know, the successor armies (which fought the Romans) were very similarly equipped to the Macedonian army under Alexander the Great. So no real historical inconsistencies on the Greek side here.

That is most excellent news! I honestly haven’t focused on reading on the Greek cities performance after 146, just cause of how much happens both to the west and east. Thanks for this nugget of information!

And with that, the 7th Hussars are ready for war! Here’s a few photos of these stylish cavalry. Amusingly enough, almost all of them look like some variation of Ron Swanson… 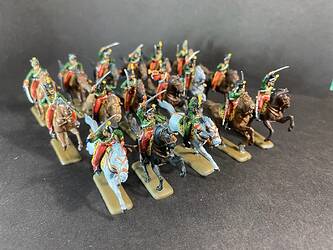 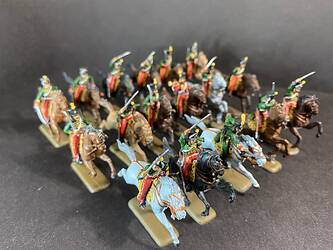 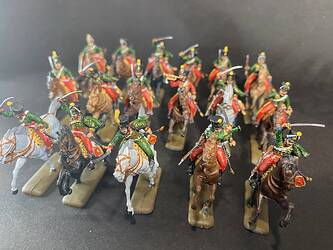 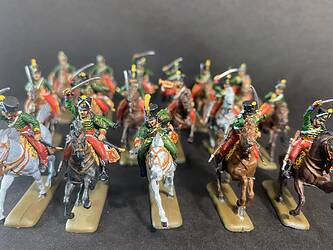 With them, the infantry finally have some cav support to ward off the Scots Greys 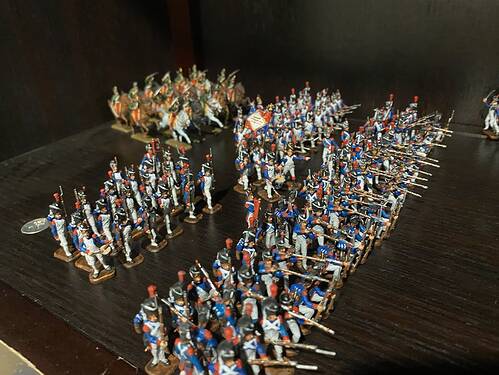 Adding yet another entry. Printed these off to try a new Greek Army (despite these being Trojans and Acheians, so not Greek, technically). 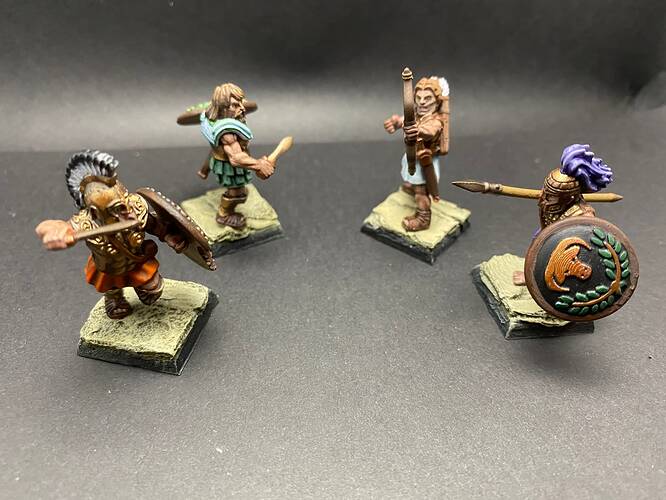 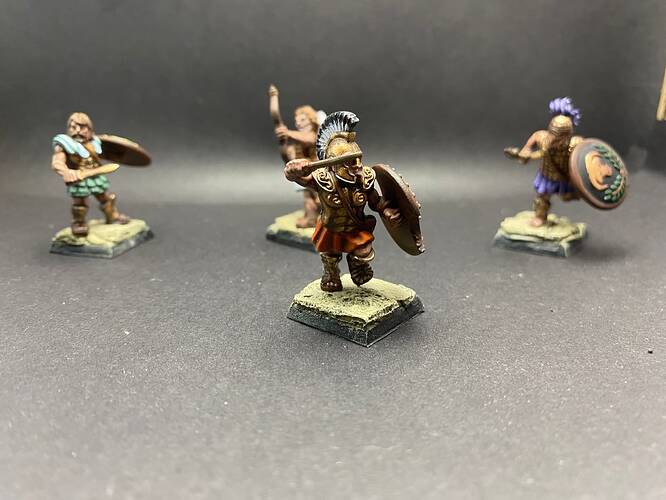 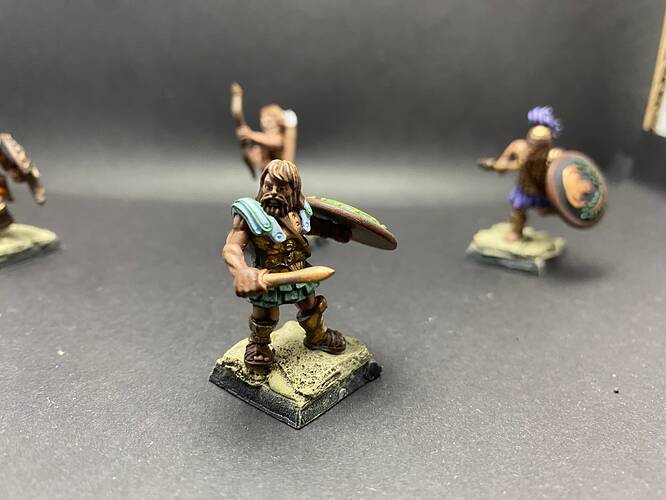 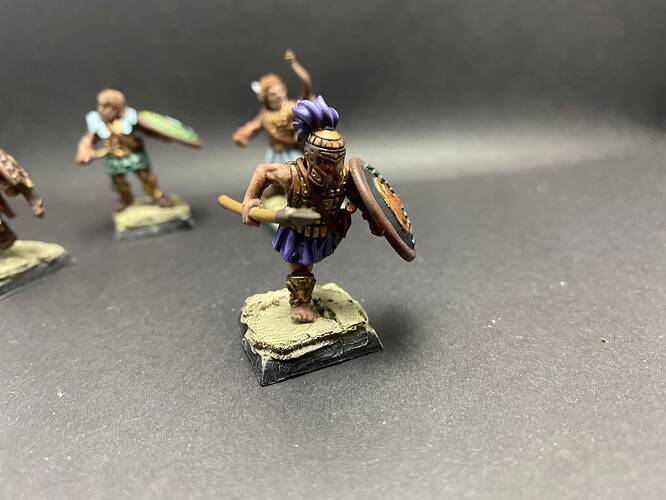 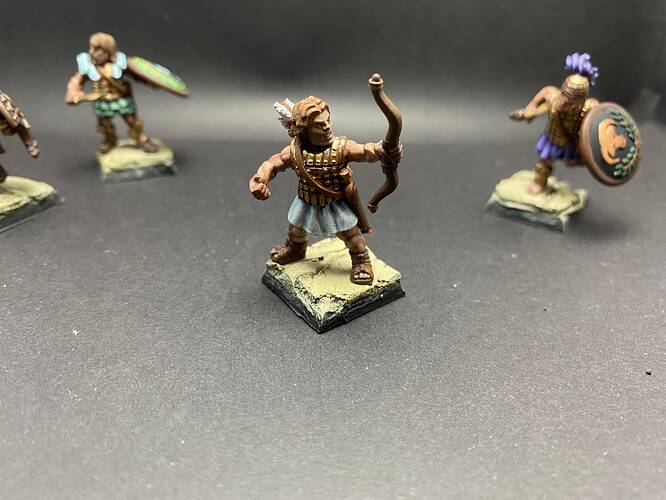 Here we have Achilles, Odysseus, Hector, and Paris.

More cavalry has come to reinforce Marshal Ney’s charge! This time it’s the dragoons! In typical me fashion, I added more colors and details, down to the buttons. Some day I’ll actually get better at painting, and not just adding detail. But that is not this day. 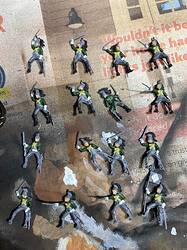 I painted their epaulettes and lapels yellow instead of pink, since I believe I have a second box lying around somewhere so I’ll be able to make them pink too (my Slaanesh tendencies are coming out more and more). 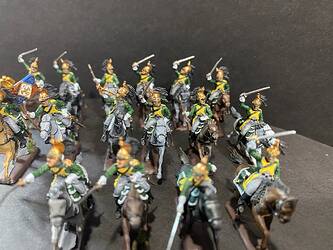 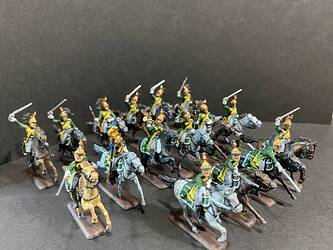 Here they are in the army (the front row of infantry is hidden since I’m finally working on the basing for Black Powder army comps). 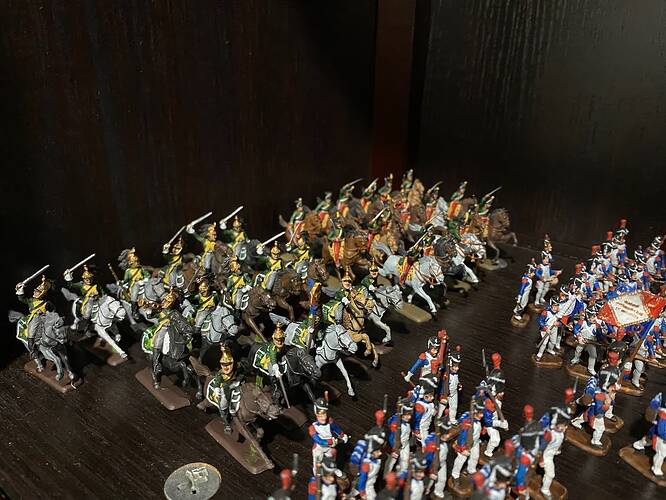 Felt like posting some slight advances and changes: the cavalry is finally starting to get properly based! I have decided on the base sizes (it was actually harder than expected, as well as than it should have been). 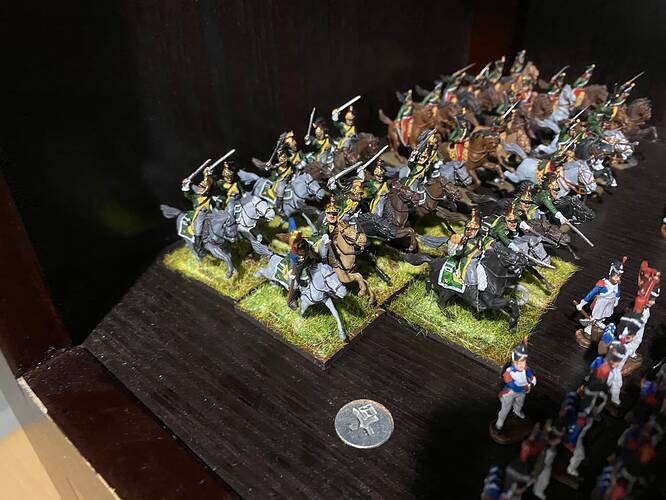 Sooner or later, all cav and infantry will be properly trudging along on some soft grass. And maybe in a while the artillery will join them (if I can find the damn boxes…)